Use of Tekla Structures Increased Productivity by More than 30%

Organizers of the Abu Dhabi Grand Prix won their race against time not least thanks to efficient building information modeling by engineering office ICW. The Formula 1 event turned out one of the most spectacular sporting occasions of 2009, and the Yas Marina circuit is so impressive that it has been voted as the F1 Track of the Year.

The Yas Marina track cost a staggering £800m and is part of a massive development aimed at bringing tourism to the United Arab Emirates. Venue of the inaugural Abu Dhabi Grand Prix 2009, it was designed as an Arabian version of Monaco. Its twenty-one corners twist through the man-made island off the Abu Dhabi coast, pass by the marina, and continue through the Yas Hotel with several long straights and tight corners. The circuit has four grandstand areas, and part of its pit lane exit runs underneath the track.

The circuit was designed by Hermann Tilke, a well-known designer of F1 circuits and a racer himself. Its steel structure was fabricated in Germany by Stahlbau Queck and shipped by container ships to Abu Dhabi. Temperatures of over 40°C, the desert sand, and high humidity made the work difficult. Yas Marina is the biggest ever individual project realized in the history of Queck. Structural design was implemented by Germany-based engineering office Ingenieur-Contor Weckmann GmbH (ICW). These three companies work together in several F1 projects.

The F1 venue in Abu Dhabi was by no means the first BIM (Building Information Modeling) project by ICW. The company started piloting Tekla Structures software already in 2002 and has been using it for serious production since 2008.

“We have always used BIM even if our way of working has not always been called by that name,” says Mohammad Samsamshariat, Regional Manager of ICW in the Middle East. “BIM is one of the principles of ICW, and with Tekla Structures it is much easier to use and handle than with other software.”

“To improve workflow efficiency, we integrated the Tekla model with other software. Tekla was used to clarify and observe all interfaces, coming from different project parties. Tekla Structures was the leading software in the project.”

“I would estimate that using Tekla Structures in the Yas Marina project increased our productivity by more than 30%,” Samsamshariat continues. “To handle the different interfaces from all continents with different time zones, and to stay clear with our client, who didn’t have Tekla Structures, we did all structural communications by exchanging web models,” he explains.

“To make work faster, at peak times, more than 12 detailers worked on the same server, using the software in multi-user-mode. We estimate a cost reduction of approximately 20% by using and implementing BIM in this project. The multiuser mode worked very well and saved us a lot of time and money,” he concludes. 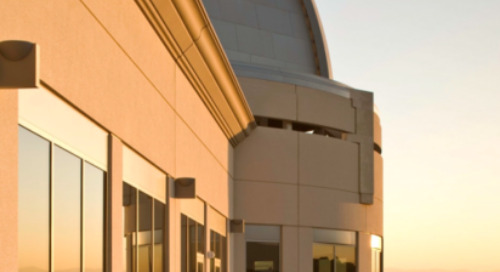 The firm has standardized processes resulting in better structures, built more quickly, with less impact to... 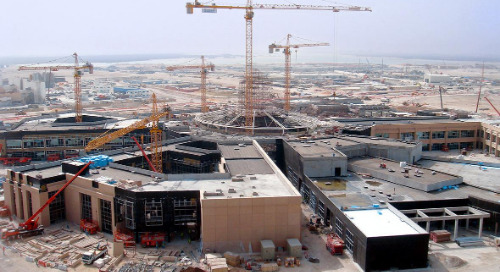 Coordination between us, the main contractor, and the steel and façade subcontractors was a challenge that ...