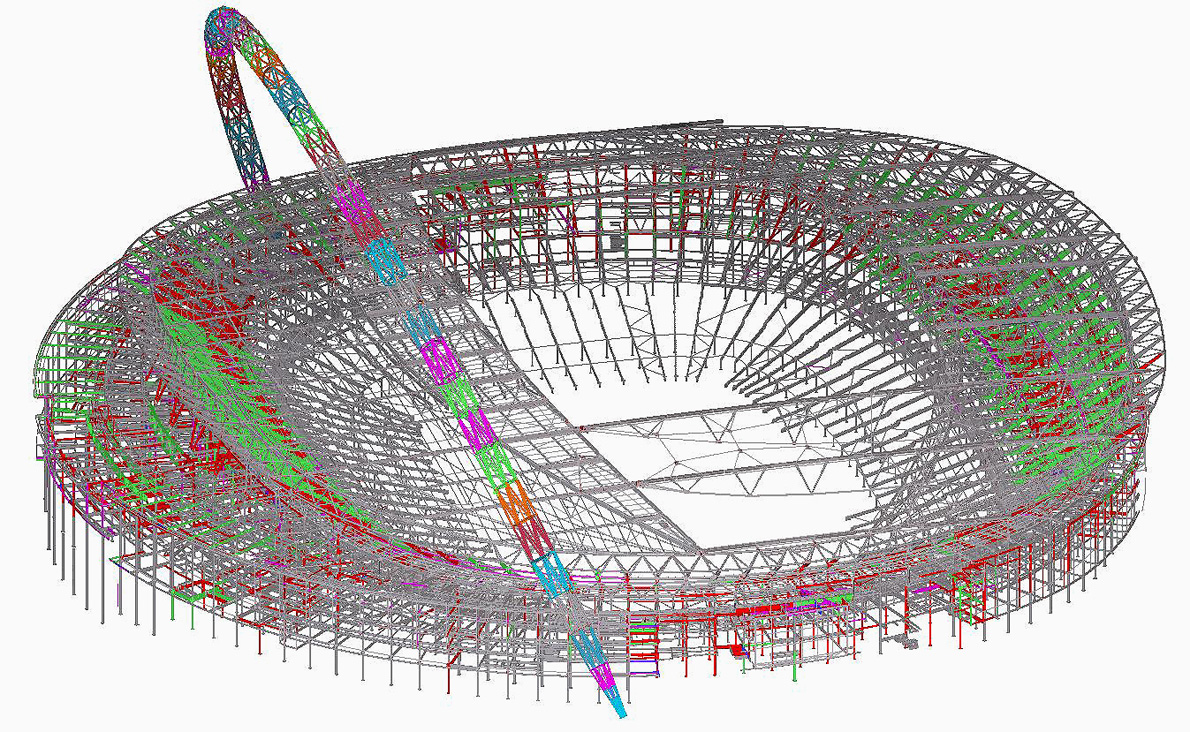 Many iconic projects have been completed globally adopting the Tekla Structures software. One such project is the Wembley stadium, which – with a seating capacity of 90,000 – is now the largest football stadium in the world with every seat under cover. After the modeling and drawing, report and CNC production phases, Tekla Structures was used as an analysis tool, examining the different construction stages of the project, utilizing data imported from Excel, and then visually indicating the progress of activities.

Wembley Stadium is situated in the London Borough of Brent to the North West of central London. During the rebuilding project, the famous twin towers of the original Wembley stadium were replaced with a spectacular 133 meter high arch, which towers over the 52 meter high stadium. As well as contributing to the aesthetics of the stadium, the arch is an integral part of the stadium’s roof support structure. The stadium’s geometry and its steeply raked seating tiers ensure that everyone has an unobstructed view to the pitch. The stadium has been designed to maximize spectator comfort, providing improved leg-room for all fans, better view of the action, wider seats, and a new concourse wrapping around the building that will allow easy circulation. The front façade still follows the profile of the original stadium with a Banqueting Hall and circulation spaces. 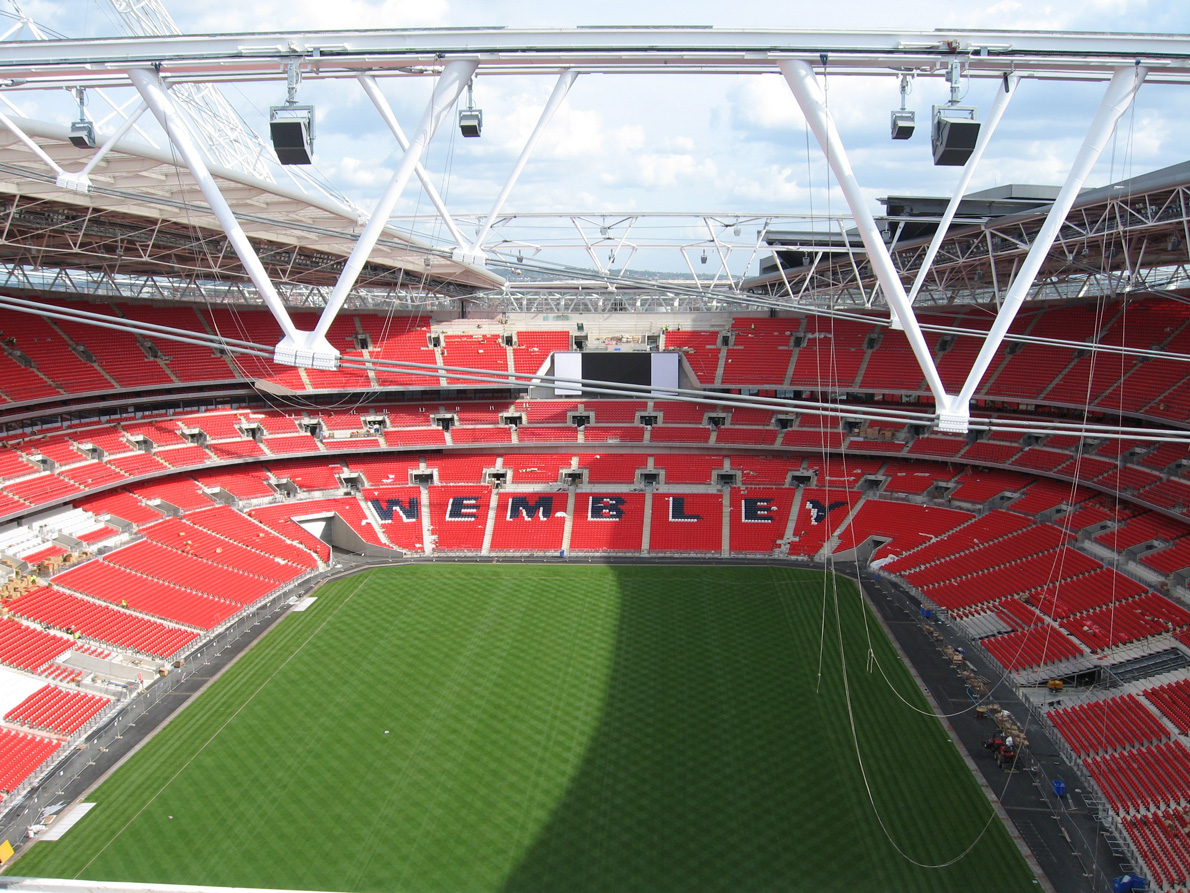 The construction of the stadium used 215,000 tons of concrete and approximately 23,000 tons of steel. The foundations of the stadium are 35 meters deep. During the design phase, the physical model for the project was split into four main categories being the Arch, Bowl, Parametric Perimeter Truss (PPT), and Roof. These models were subsequently split into 160 phase models before being brought back into a single building information model (BIM) at the end of the project. The main grid had approximately 2,500 intersection points accurately calculated to eight decimal places of a millimeter. 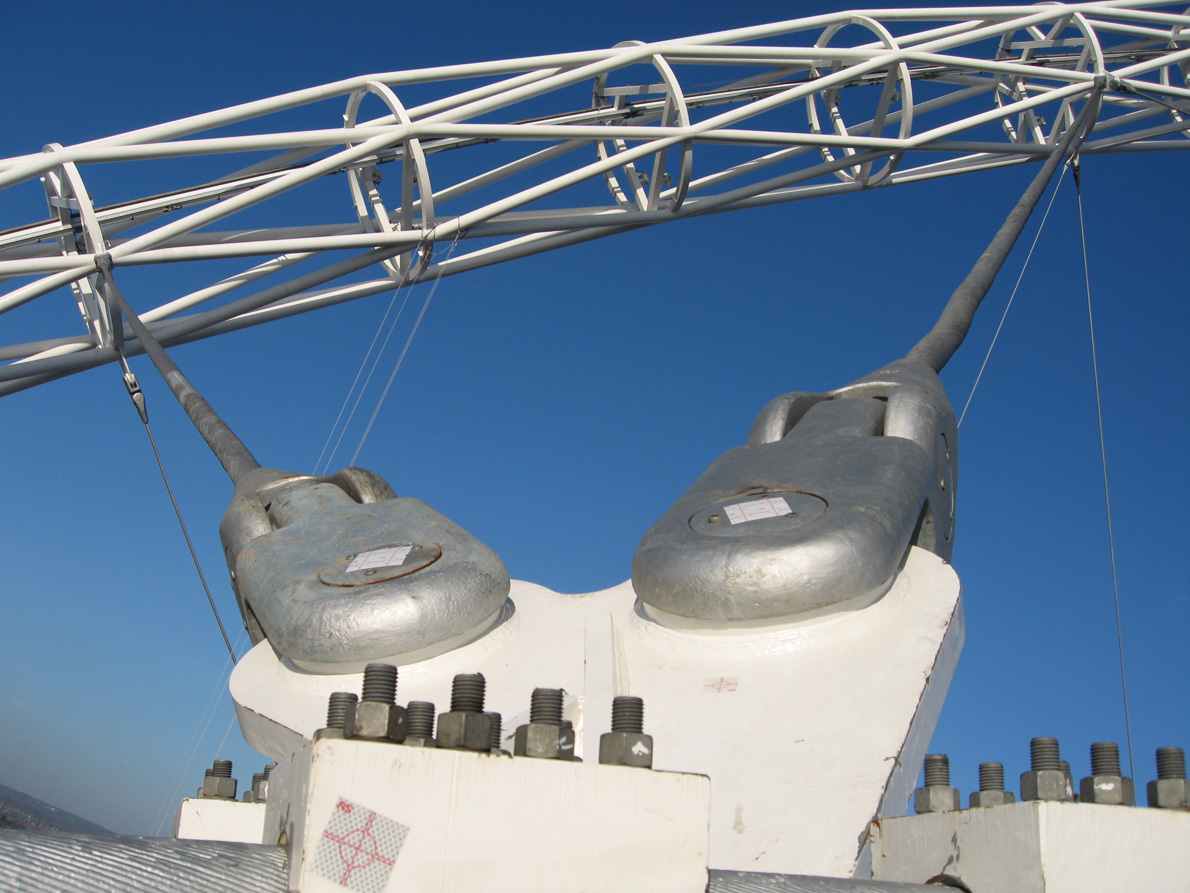 The 3D coordinates were then distributed to other contractors for their setting out purposes. After the modelling and drawing, report and CNC production phases, which were all completed by Oakwood Engineering, Tekla Structures was used as an analysis tool, examining the different stages of the project, utilizing data imported from Excel, and then visually indicating the progress of different activities. With a diameter of 7.4 meters and a span of 315 meters, the fully welded arch is pitched at 112 degrees, weighs 1,700 tons, and includes 41 steel diaphragms. The arch supports the whole of the north roof and 60% of the south roof and is the longest single-span roof structure in the world and was fabricated in 21 meter long, 100 ton sections, and then brought to site for assembly at ground level. Once complete, the whole arch was rotated into its final position using strand jacks.

The bowl consists of 15,000 tons of structural steelwork, and no vertical supports were allowed over the main terracing area to allow unobstructed views for the spectators. The PPT acts as the main diaphragm at the top of the bowl, weighs 1,400 tons, and is used to transfer the loads from the roof and arch into the bowl structure. The roof is supported by the lattice arch with an asymmetric catenary cable net and stayed trusses spanning 220 meters across the stadium bowl. A circumferential double compression ring around the upper terrace anchors the supporting cables and transmits horizontal loads around to tripod shear legs. The north roof is tied to the arch with cables, and the east, south and west roofs have retractable edge panels to allow sunlight to shine onto the pitch. Two forms of the roof had to be produced to model in the dead loading and member preset positions. The roof was erected onto 6,000 tons of temporary towers, which were removed when the supporting tensile loads were applied to the arch cables. 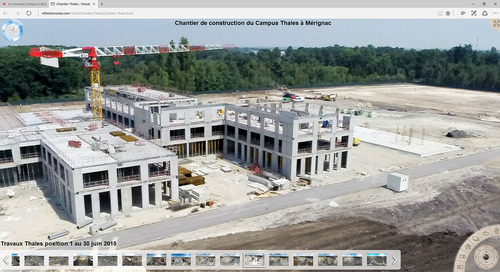 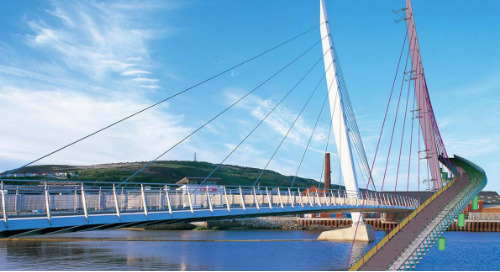