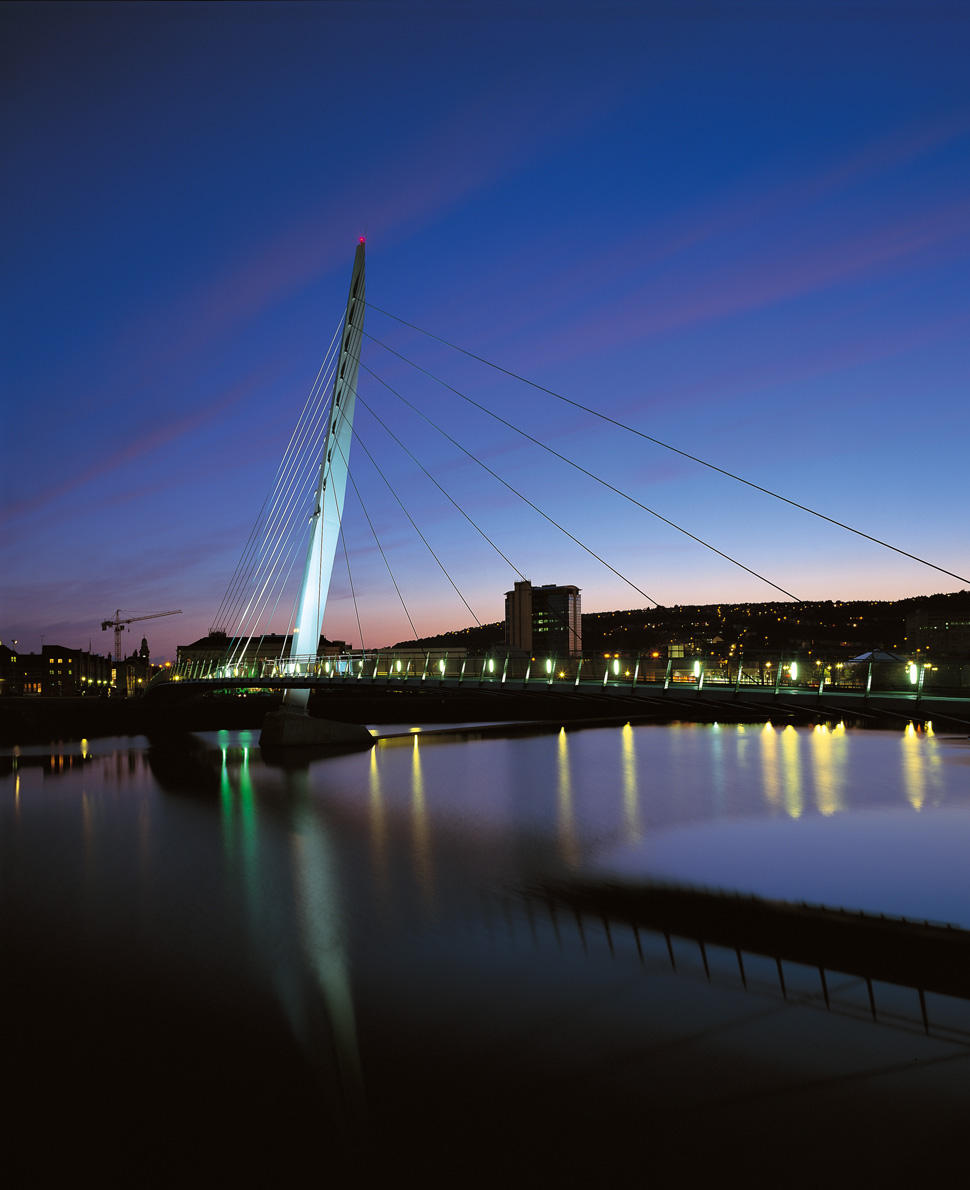 The Swansea Sail Bridge spans the River Tawe, connecting the city   center with the Swansea Docks regeneration project to the east of the   city. With the help of Tekla Structures software the project from design   through to construction was completed in less than 15 months.

Rowecord Engineering Ltd. was awarded second place in the Tekla   Annual Global Modeling Competition in 2004, for their contribution   to the Swansea Sail Bridge.

“We are delighted to have received second place in   the model competition. Currently we feel as though we are travelling   into the unknown with some of our projects and our draughtmen feel   more than able to push the software to meet these limits,” said Paul   Benwell, Technical Director at Rowecord Engineering Ltd. “Tekla   Structures saved time on the overall project, with any minor problems   being adjusted in the model at an early stage.”

The bridge adopts a classic symmetrical cable-stayed configuration,   in cross section the deck is held along only one edge. The 42-meter   high mast is fabricated from a series of flat and rolled steel plates of   decreasing thickness from base to tip. The plate thicknesses in  the mast vary from 45 mm at the base to 10 mm at the tip. The final   craneage weight of the mast was 78 tons and was lifted into place in  one piece. Pontoons and decks were preinstalled to allow easy   access for the erection of the bridge. Many pieces (including the mast) were welded and tested on site before being raised into position. 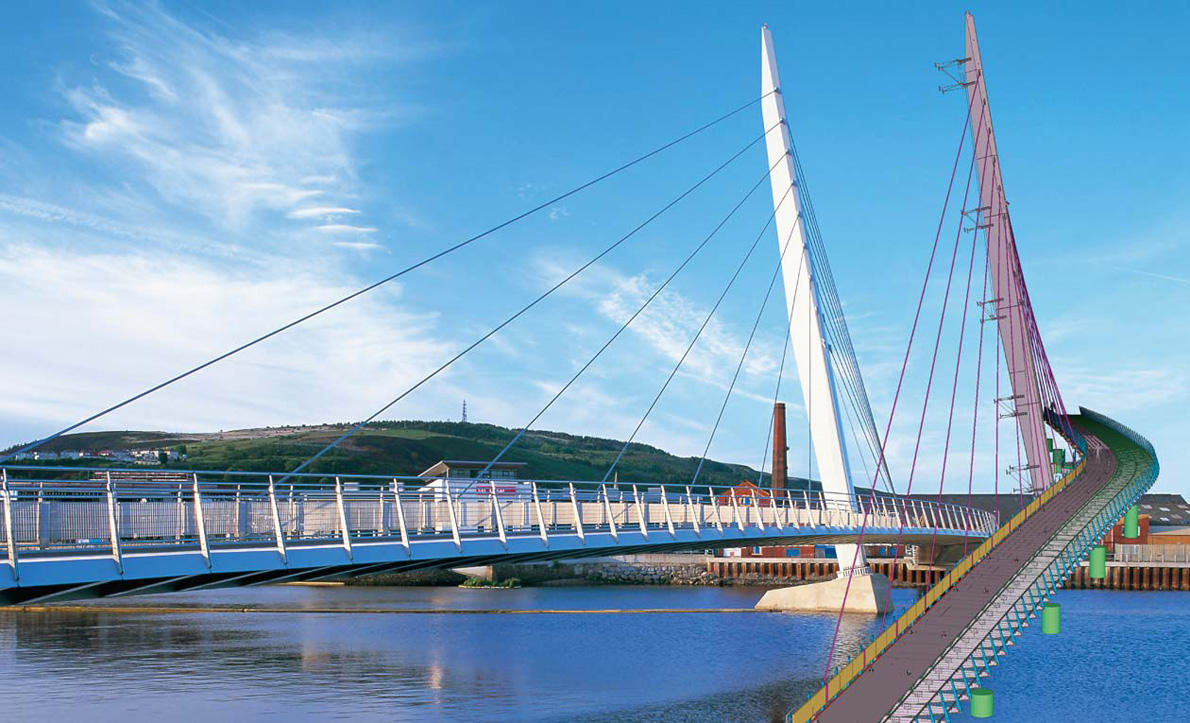 “The accuracy of the model gave huge benefits, allowing both the engineer and architect to work directly with the model to resolve any problems rather than on site. The architectural balustrading was originally specified as mild steel standards and stainless steel handrails. We were able to recommend they used stainless steel for everything for aesthetics and practicalities (weathering etc). The whole bridge was modeled with Tekla Structures to ensure correct geometry and control of tolerances, resulting in very few problems in the alignment and assembly of the units."