BDS Steel Detailers in Brisbane, Australia is part of the BDS Group worldwide. The company, which was formed in 1964, is one of the original firms to open a drafting office in Australia specializing in structural steel detailing for the steel fabrication industry, and is one of the few still active in the industry today. BDS Steel Detailers has been involved in most of the major development projects in Australia as well as various high-profile projects around the world.

The multiplex primarily consists of a Ballet Opera House and Concert Hall, and occupies some 570,000 sq.ft. on 5.8 acres of land. Its principal buildings are asymmetrical and sculptural in shape, with ascending levels and terraces. BDS’ scope on this project was the Ballet Opera House, which consisted of some 5,400-ton of steel, broken into five different sectors centered about a main stage classic horseshoe-shape seating area. The roof structure was made up of 26 large framed trusses of various depths. This community venue is a year-round center for quality entertainment and education-related programs that will enhance cultural opportunities. The Performing Arts Center is a key element in revitalizing downtown Miami.

A project this challenging could not be taken on without appropriate software. Tekla Structures is an extremely powerful tool that allows the operator to manage the entire structural detailing process. Brad Backer is Brisbane Office Manager for BDS Steel Detailers. The use of Tekla Structures was highly instrumental in achieving the desired outcomes for the detailing stage of the Performing Arts Center. Although 3D modeling is becoming more widely used throughout the world, there are still a large percentage of projects where BDS is the only discipline using such technology. And this project proved no different. He maintains that if the design team had also used similar 3D technology, it would have allowed all disciplines to interact with  the model thus providing greater significant benefits for the whole project. 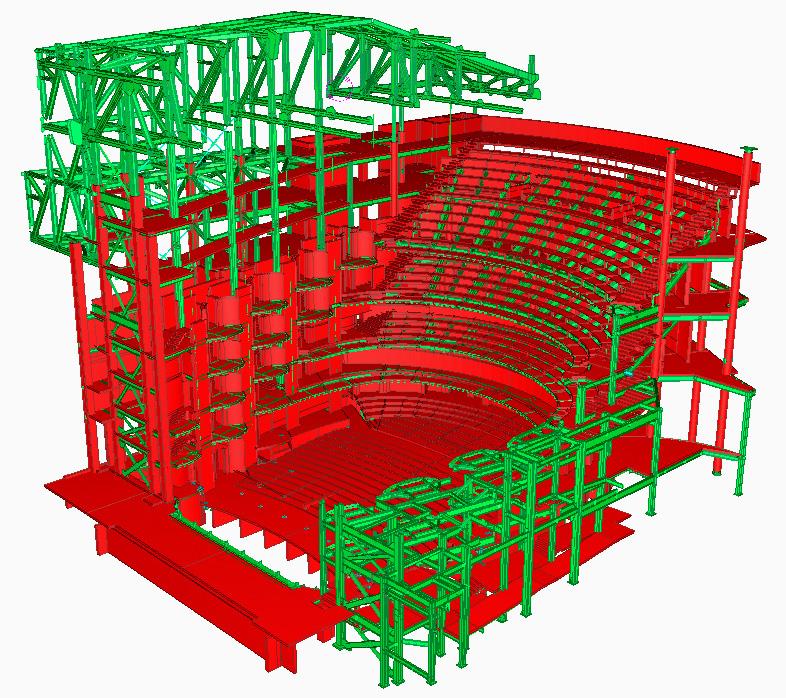 “Because of the fluidity of the design, we needed finger on the pulse control. There was a real need for each member to be tracked separately throughout the detailing process. Our modeling team detailed out approximately 10,000 individual pieces. I believe there is no 2D drafting method as sophisticated as the Tekla 3D modeling package that would have provided the successful outcome achieved. Without doubt, Tekla Structures was paramount to the overall success of this project.”

Due to the nature of the project and its complicated erection sequences, the project was divided into 5 primary sectors. Consequently, it was decided to further split the project up into 5 separate models thus requiring good communication and teamwork to bring all models together as one complete and accurate structure.

There were many occasions throughout the project where the 3D model was utilized in technical working sessions with the architect, engineer and builder to assist in the development of workable solutions. The multi-user capabilities allowed this real-time collaboration between project members. The ability to show what would be constructed in the field in virtual reality by the use of rendered views allowed potential design problems to be identified, discussed and solved before they became costly problems later during the construction phase. 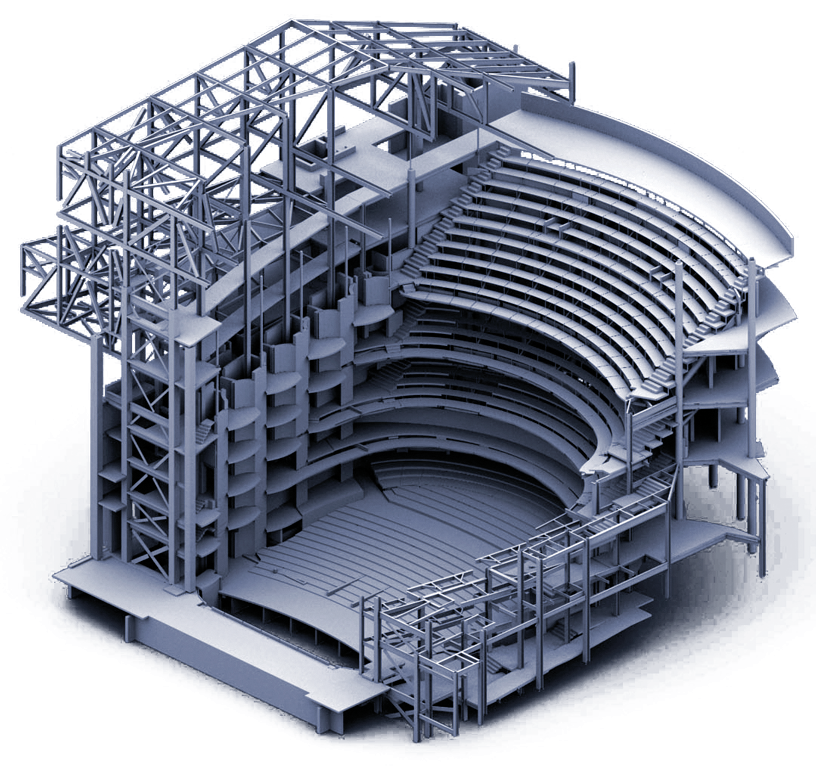 Modeling in 3D gave greater understanding of the project and its geometry. The innovative open system environment allowed the modeling team to coordinate a wide range of data from engineering and architectural drawings through to volumes of A4 sketches and RFI responses. Tekla Structures was an exceptional communication tool that resolved issues relating to design and/or fabrication far more efficiently than previously possible. Working within a multi-material setting was also a test for the BDS modeling team. Placement of the steel members, especially in the theater seating and balcony areas was heavily reliant on the geometry of the concrete slab edges. Basically, steel members were required to be located using specific criteria working back from the concrete edges. It was imperative that a precise and exact concrete set out was available within the model. The 3D model allowed collaboration of materials, minimizing design task overlap.

A particular function that was used throughout this project was the User-Defined Attributes (UDAs), which allowed different colors to be used for each step of the detailing process. By using the UDAs, BDS could produce a range of status and impact reports necessary for project management and production control needs. Tekla Structures was used to store any matter of data from Request for Information (RFI) related data, through to actual data on the status of each piece of steel. “We believe that the feedback given by BDS on the use of these attributes has encouraged Tekla to advance this function even further in new releases of the software.”

Again, a project this significant could not have been made possible without Tekla Structures. The information management interface ensured effective project management throughout each design phase. All project data was centralized and available through one shared model making global simultaneous connectivity a reality.