“Loe Betongelementer has used Tekla since version 10.2,” tells project manager Jan Børge Loe. That version was published in 2004. The Norwegian precast concrete manufacturer started up with 2-3 Tekla users and have since expanded tenfold: today Tekla is integrated to Loe’s design, detailing, production, delivery and stock.

Customized, integrated use of Tekla

At Loe, Tekla is not just for design and detailing: the company has integrated Tekla Structures with their Manufacturing Execution Systems (MES) which plan production and construction site shipments and logistics and control storage. Thanks to  this integration, Loe has speeded up manufacturing and prevented mistakes. 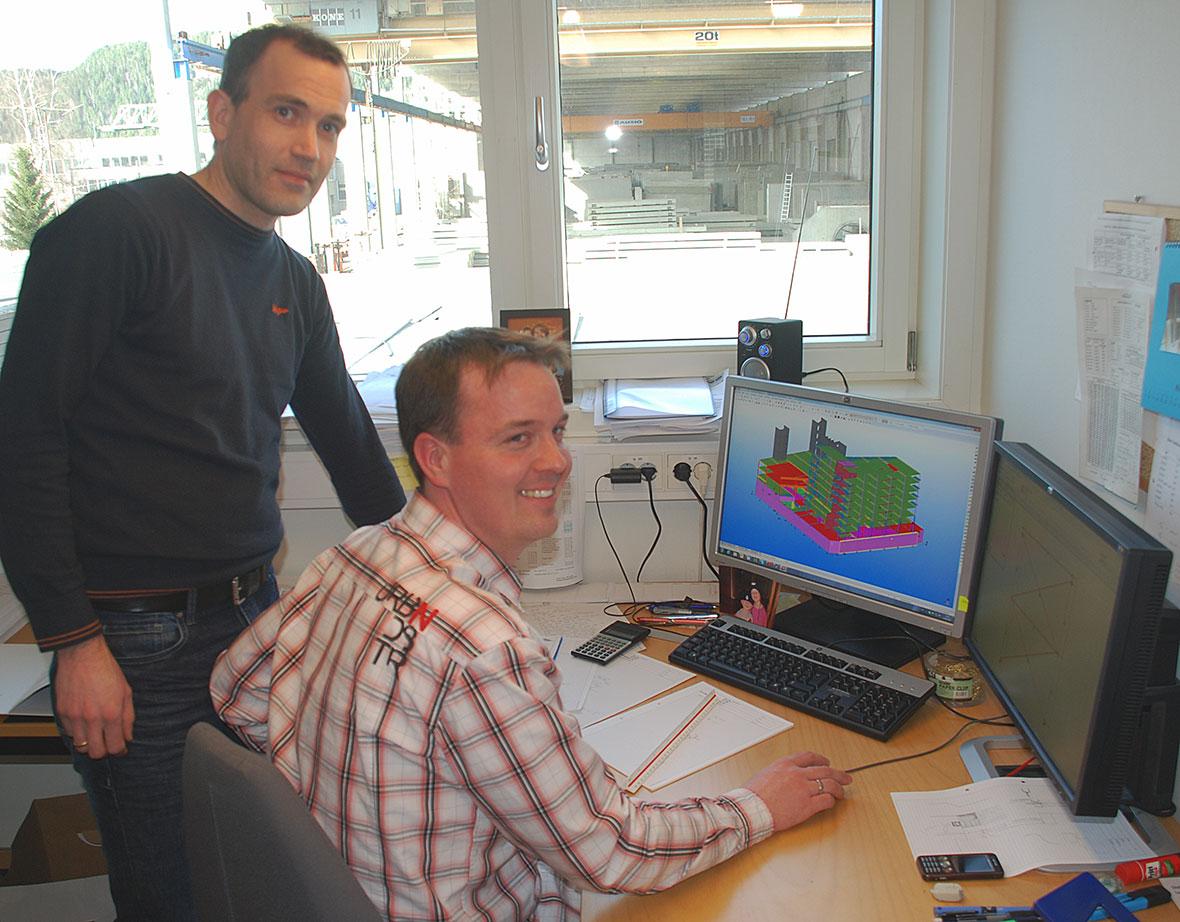 For the advantage of Loe Betongelementer, Tekla models contain a wealth of information to utilize for example for calculating materials and production and erection status information, and also Tekla’s quickly and easily produced cast-unit lists benefits Loe.

Building Information Modeling with Tekla can save time, money and material and other resources, as Loe knows from experience. The company has benefited from a significantly lower amount of errors in design and detailing as project parties have used less time to correcting errors and reproducing elements in later phases of construction. Thanks to BIM, the company finds possible errors already with the model which saves plenty of time and money compared to recognizing errors in production phase. 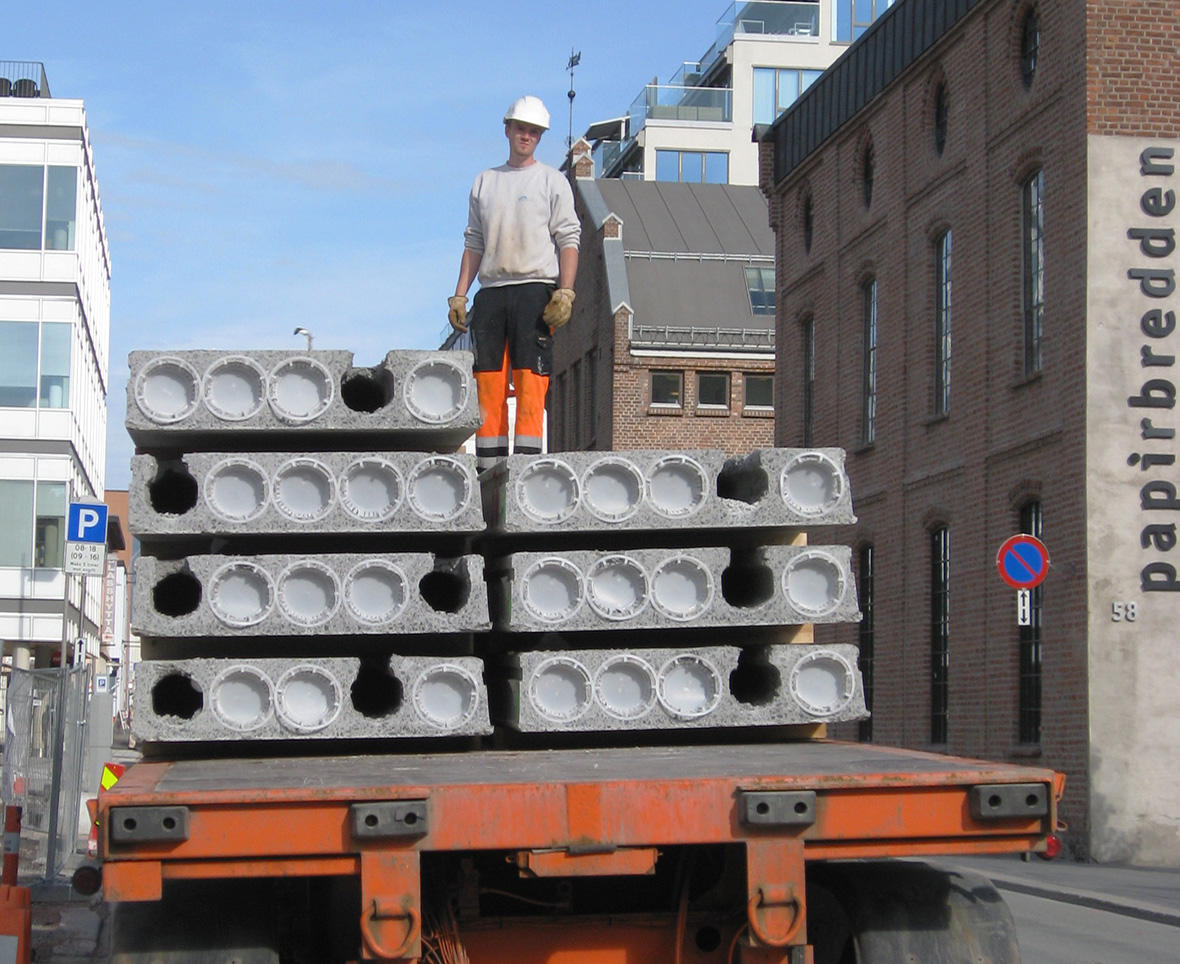 As Loe chooses Tekla for 80% of their projects and 100% of big projects, Tekla was a natural choice for the complex Papirbredden 2. The project started in 2010, the building was opened in August 2012, and selected as the Building of the Year 2012 in Norway. The eight-story building has a two-story garage basement and is situated in an old industry area which is under revitalization.

Papirbredden 2 is built according to passive house principles. The building uses minimal energy in Drammen where the average temperature of December and January is about -2C (28F).

Depending on stage of design and construction, two to three Loe employees worked on detailing and drawing Papirbredden2. Loe delivered precast concrete walls, columns, decks, hollow decks and beams, and also a small amount of steel beams and columns. Outer walls of basement were made of cast-in-place concrete.

For precast concrete fabricators, material calculations made with Tekla are often useful for writing bids, but for Papirbredden2, Loe utilized material and other information to prove the environmental impact of their products.

For Papirbredden 2, the client wanted Loe to deliver national environmental EPD certificates of their produce. The  certificate includes specification of materials, energy use, and environmental footprint during the whole lifecycle. Tonnage and volume information from the Tekla model helped with the environmental calculations. 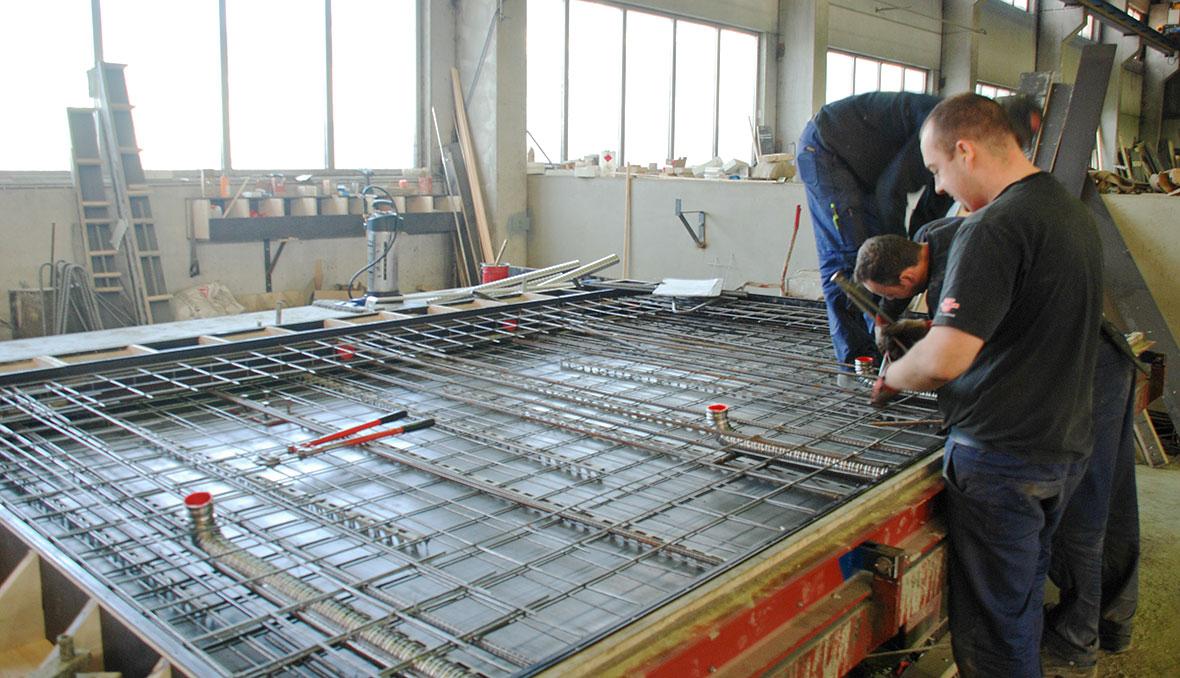 One software solution was not enough for Papirbredden2: During designing and building of the project, parties used Tekla BIMsight, Revit Architecture and Tekla Structures PCD. Loe Betongelementer exported Tekla BIMsight models for Elementmontasje AS, who installed the elements. The engineering company and project architect received IFC files throughout the project.

“One of the most positive and enthusiastic users was the architect. He imported the IFC files to Revit Architecture, which  put him in full control of columns and beams,“ tells Jan Børge Loe. 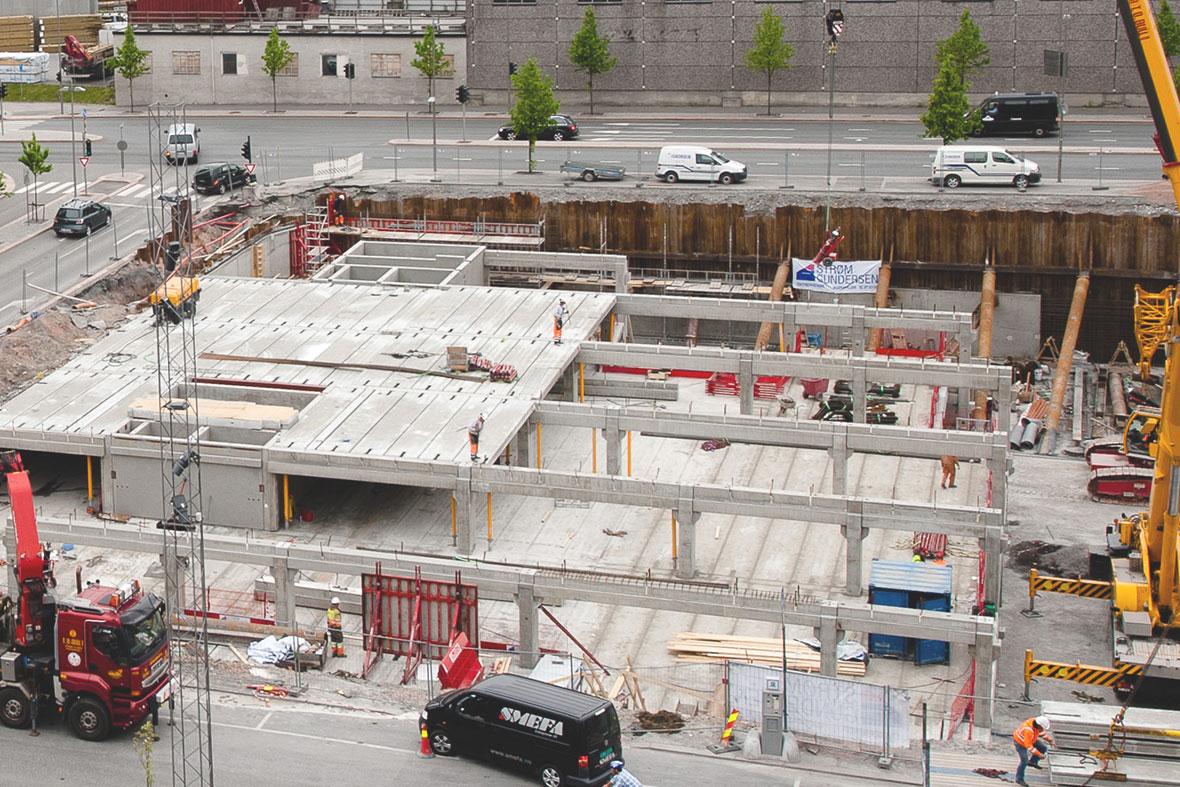 A characteristic feature of Papirbredden 2 was its complex geometry. Loe faced the challenge in the design phase when they decided to solve the issue with Tekla software, which is capable of handling complexity well.

“BIM helped during construction, when several temporary steel struts supported CIP concrete walls in the basement,“ says Jan Børge Loe. The team modeled all these structures made of different materials in Tekla to prevent conflicts.

As some of the temporary struts passed through precast concrete walls, they naturally had to take this into account in design and production. However, Loe experienced even greater benefit of Tekla when they modeled the complex geometry of the sloped walls, tilted in two directions. Thanks to BIM, the company finds possible errors already with the model which saves plenty of time and money compared to recognizing errors in production phase.