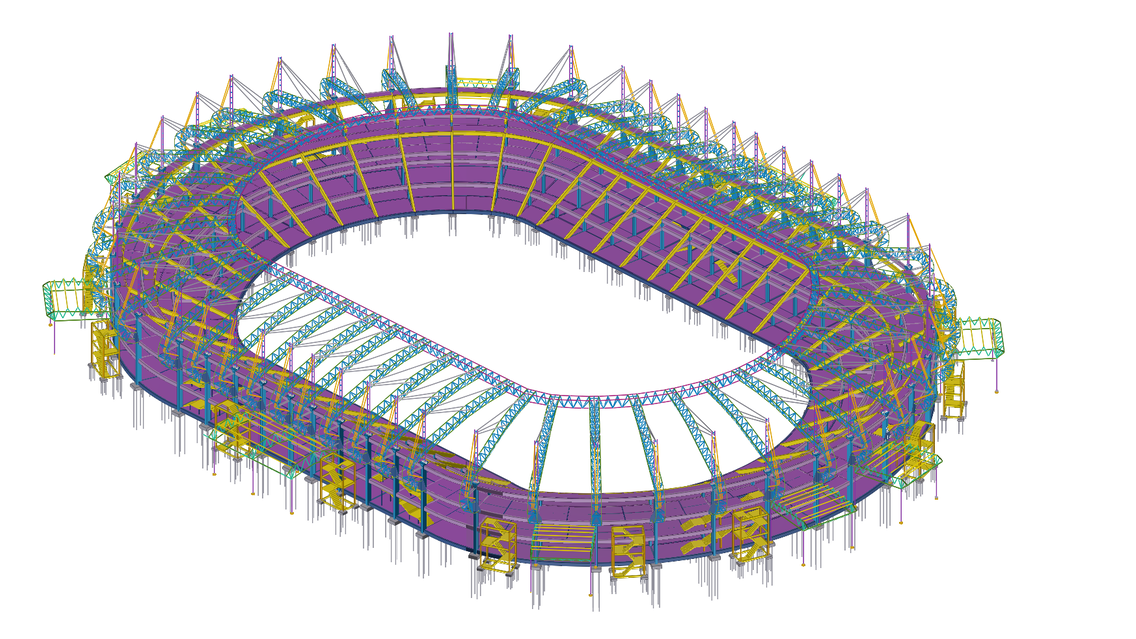 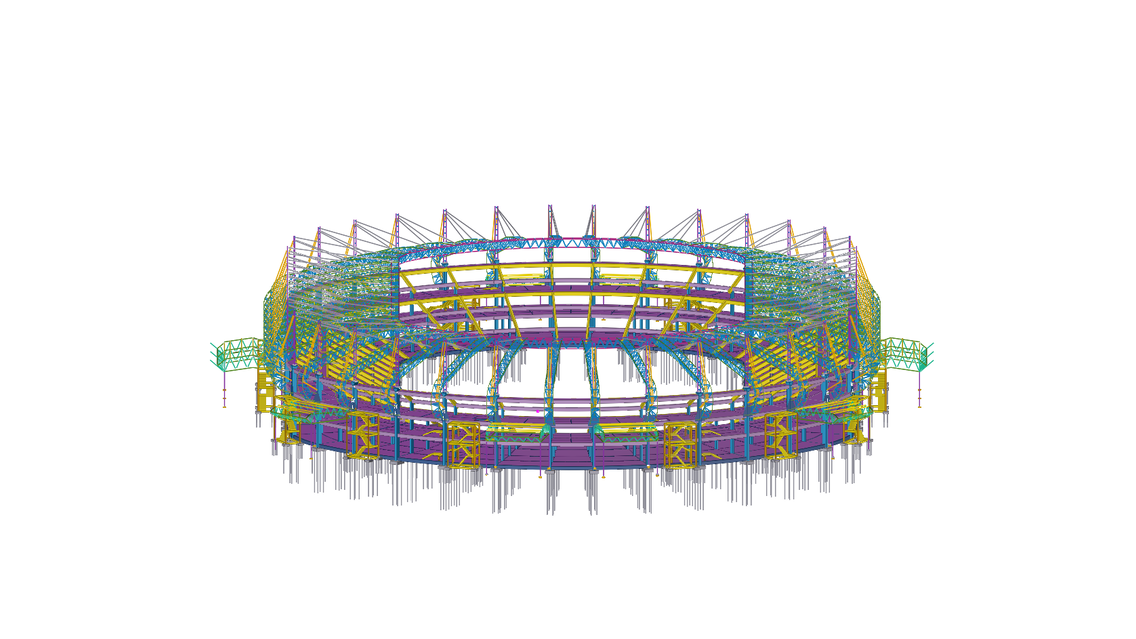 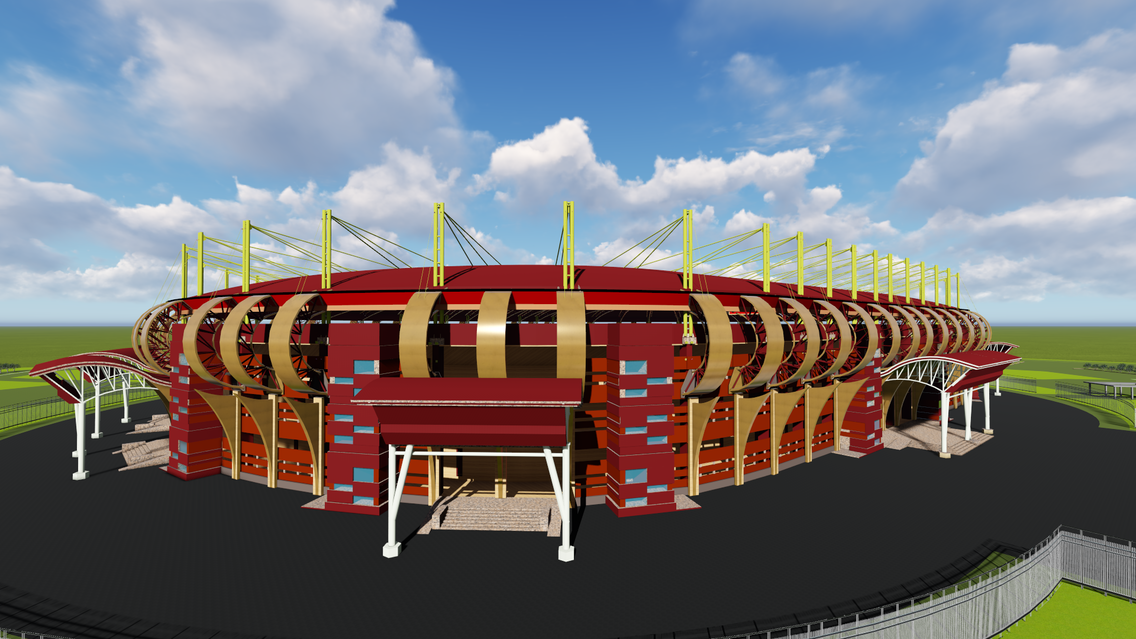 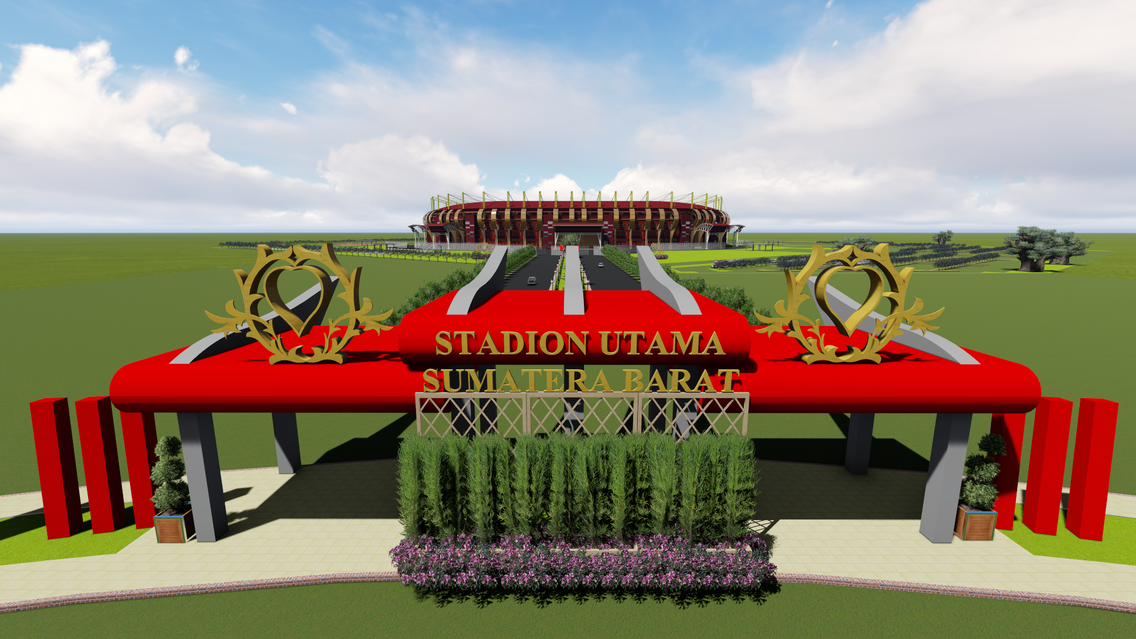 West Sumatera Main Stadium (Stadion Utama Sumatera Barat – SUSB) is projected to be the home base of Semen Padang FC, a professional football club based in Padang, West Sumatera.

The building’s concept is inspired by the process of cooking Rendang, a traditional Minangkabau dish of a coconut milk-based slowly-cooked beef. The concept is represented in the building’s wok pan (utensil for cooking Rendang)-like body and roof, as well as cable structure which represents the stirrer and the stirring process, a process which takes 5-6 hours  to do. The stadium entrance structure represents the fire that is used in the cooking process. SUSB is a 40,000-seater multi-functional stadium with 48,454 m 2 building area which will be constructed in Padang, West Sumatera, Indonesia. The Stadium is designed for sports matches, including but not limited to football. Other facilities which this stadium has are basketball court, badminton arena, tennis court, and athletic tracks. Moreover, the stadium complex will be opened for public so that the society can do sports activities in the area. West Sumatera Main Stadium has 10 entrance gates around the main building.

The stadium is designed in such a way to provide security to the visitors. There are emergency stairs in each and every side of the stadium in case of fire or earthquake. The stairs have complied the Indonesian Safety Regulations. Considering Padang as a place where seismic activity risk is high, the stadium’s foundations is designed to be earthquake-resistant by using pile caps. The roof is constructed using steel truss structure. The building’s roof structural concept stands out as it conveys architectural expression on the building’s façade so that it lifts the aesthetics of the whole building.

SUSB is designed with a modern concept, utilizing concrete and steel, as well as cable structures with a Green Building concept, as shown in the hallway heading towards the stands. The hallway uses a natural ventilation to reduce the usage of air conditioners. Solar panels are used for the stadium’s public facility lighting. Infiltration wells and bio filters are also used in the complex as a waste-water management tool to re-use the water so that it reduces the excessive water exploitation. The West Sumatera Main Stadium’s façade is based on the social-cultural aspect of West Sumatera. It is shown on the colour choice of red and gold which is iconic to the Minangkabau ethnicity. The construction of the stadium is expected to be a trigger to the society’s economic growth by facilitating a new public facility so that new businesses can be born.