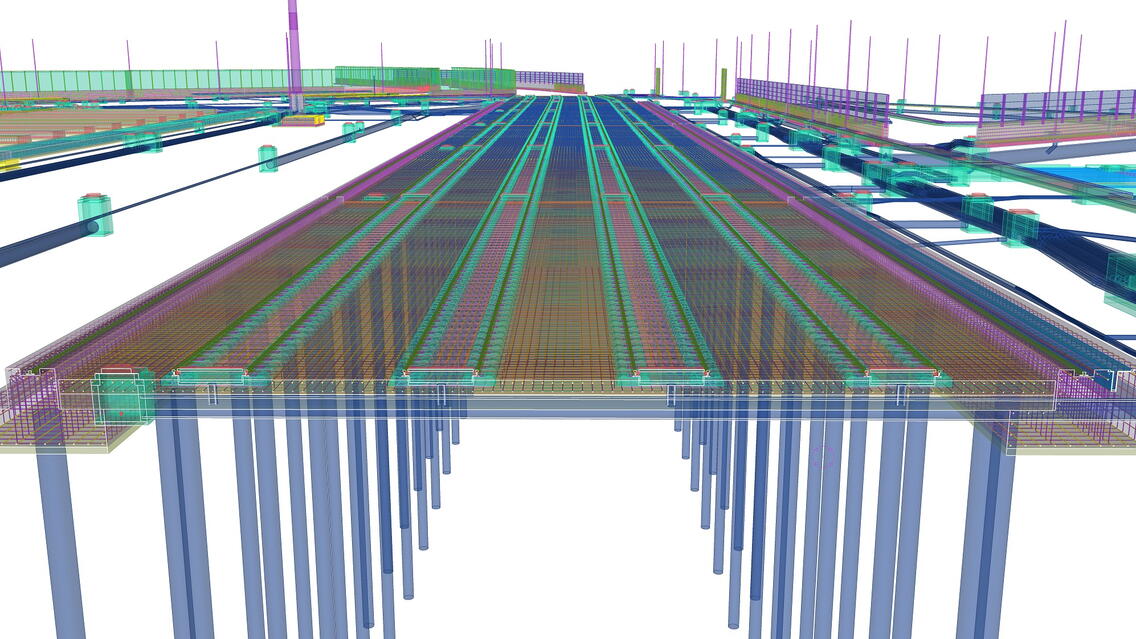 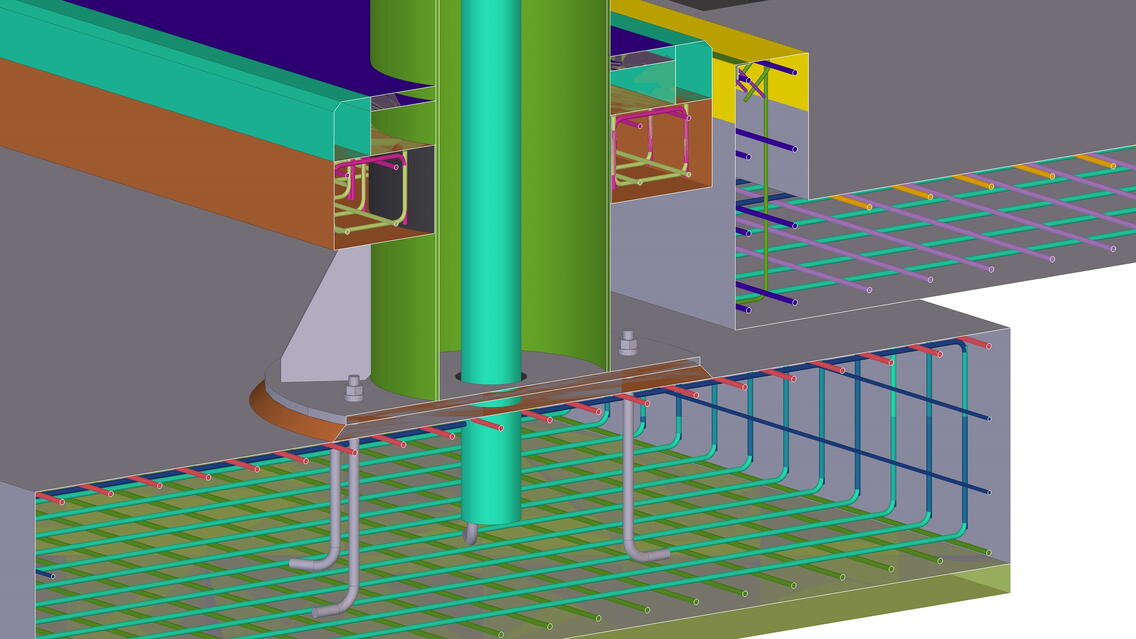 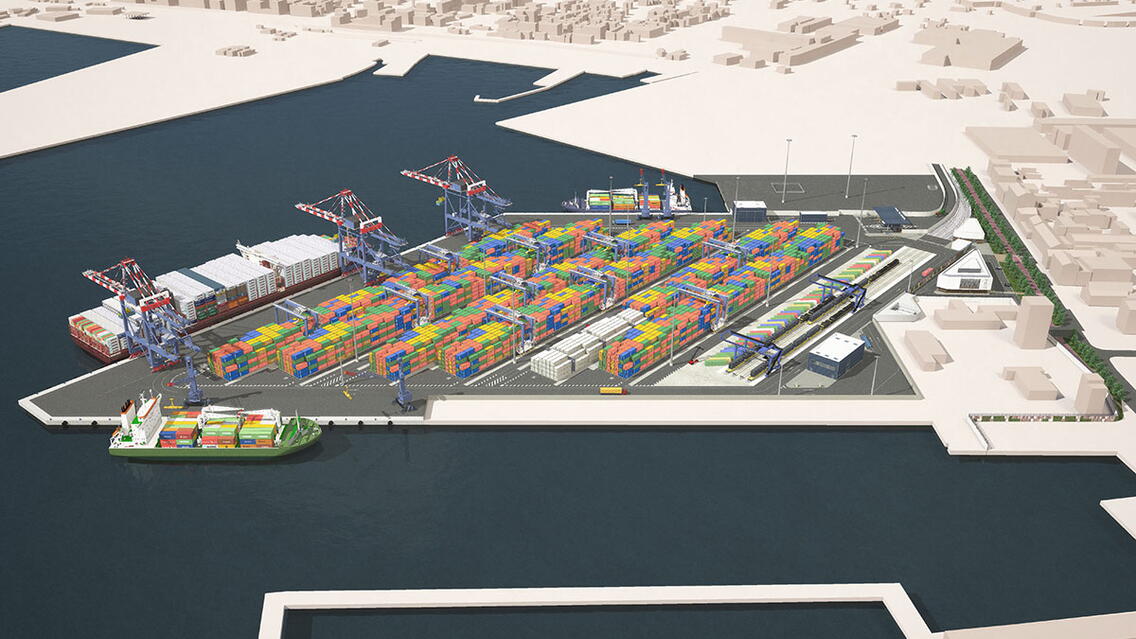 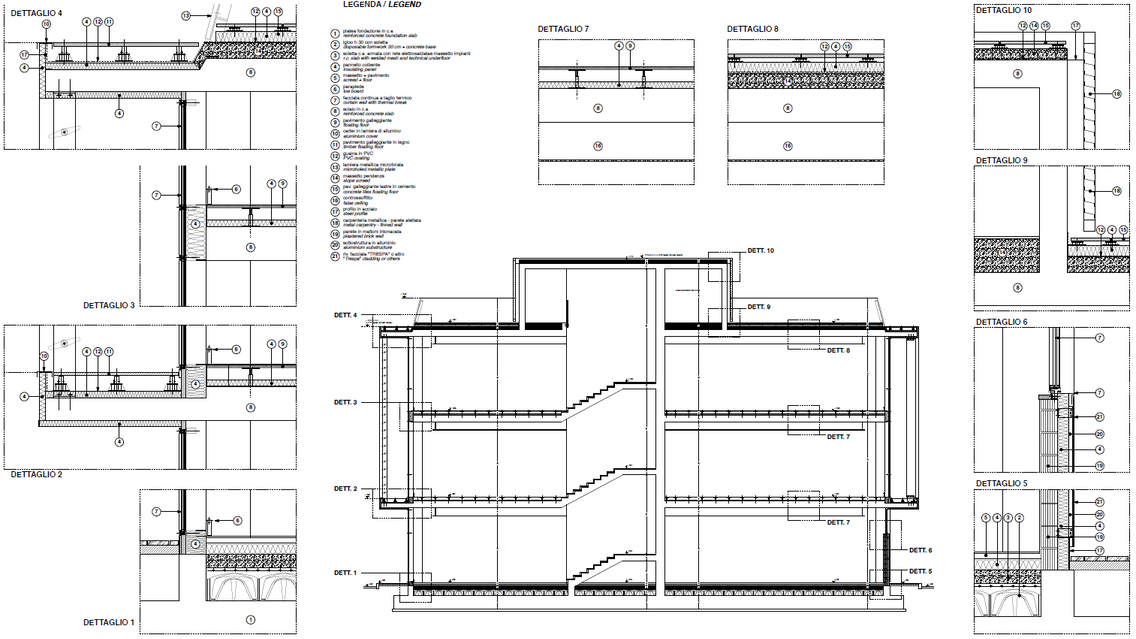 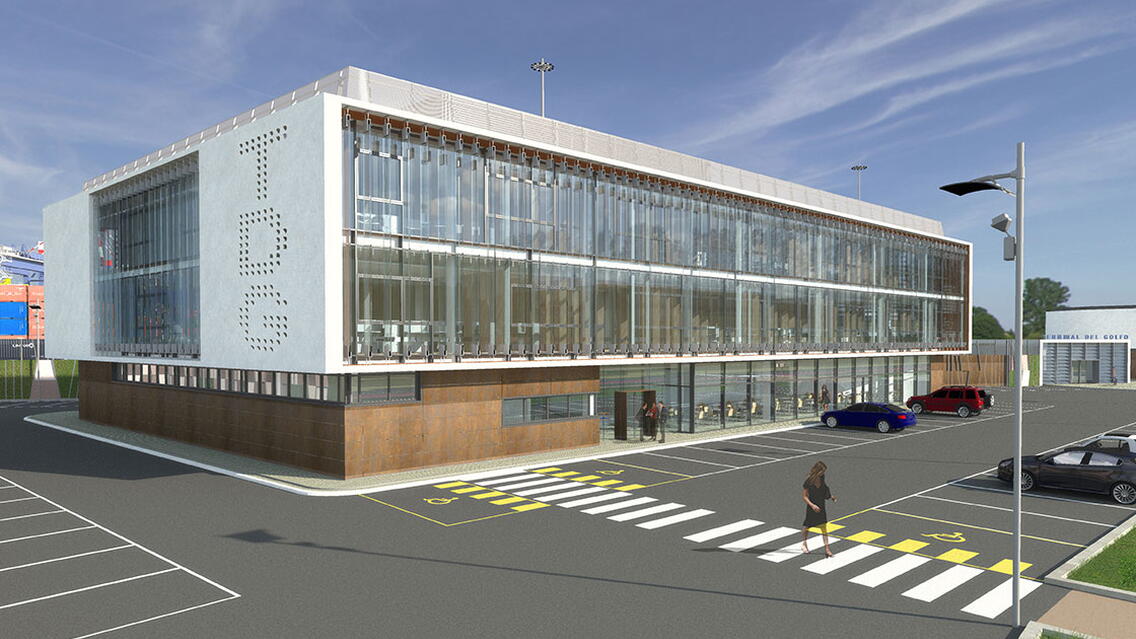 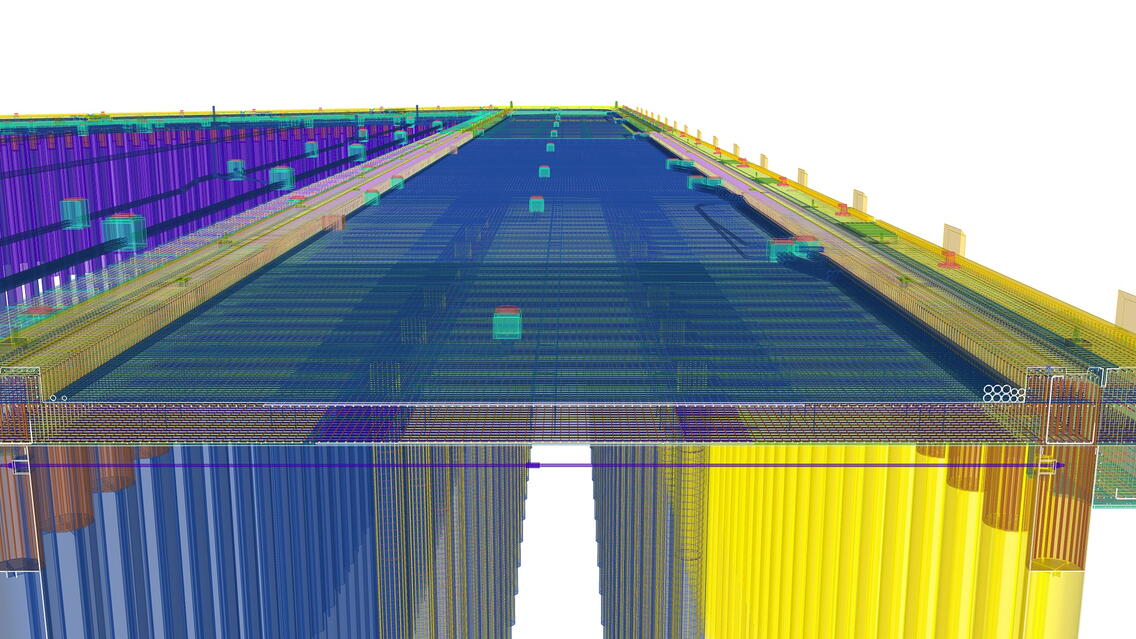 The creation of a BIM model covering an area of more than 12 hectares containing buildings, infrastructures, networks and services is in itself a challenge. In order to provide our customer with a complete and exhaustive design and then have a total control in the execution of the works, we wanted to represent in detail each element contained in the new terminal, from metal piles (over 13,000 tons of steel), reinforcement bars (about 3,700 tons) to services such as networks, cable ducts and manholes inspection. In order to simplify the creation of the model, this has been divided into different WBS (construction units) all georeferenced with regard to a precise point appropriately detected on site. Their combination was then obtained in a single model which, although lacking the details present only in the WBS models, had the purpose of controlling and eventually correcting the clashes between the different entities that, as a whole, enter into communication with each other.

A particular challenge for us was the representation of the cables and hydraulic networks that cover over 50 km of linear development: in order to ensure proper positioning of the pipes, each point of conjunction between two or more lines and each manhole was marked with a georeferenced layout point.

To complete our design, we finally inserted the ifc (or step) models of some of the mechanical and architectural parts directly obtained from external suppliers or, in case we did not have the three-dimensional elements available, we modeled simplified parts connected with reference tables.

What made the project successful?

EXA Engineering had the privilege of developing the entire project, starting from the preliminary phase and dealing with both the structural aspects and the architectural and, in part, plant engineering aspects. This has made it possible to control the balance between functionality, aesthetics and structural efficiency, with the result of creating an efficient and structurally adequate terminal but at the same time being aesthetically pleasing.