Project parties were using a wide variety of BIM software to create the Tampere Deck and Arena, a unique multipurpose activity center above railway tracks. 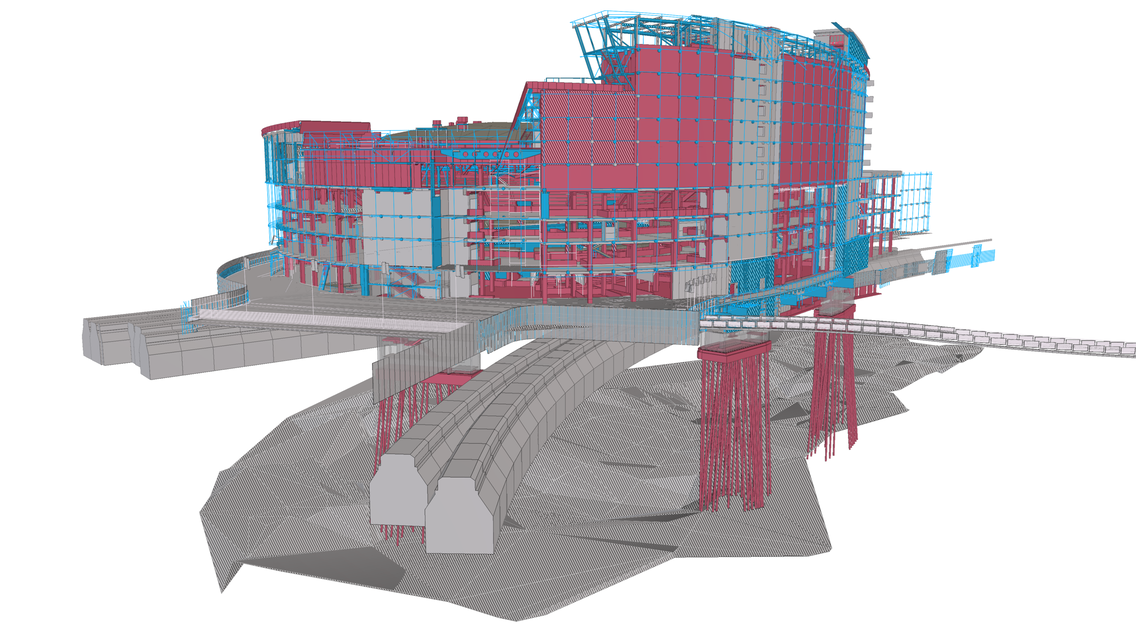 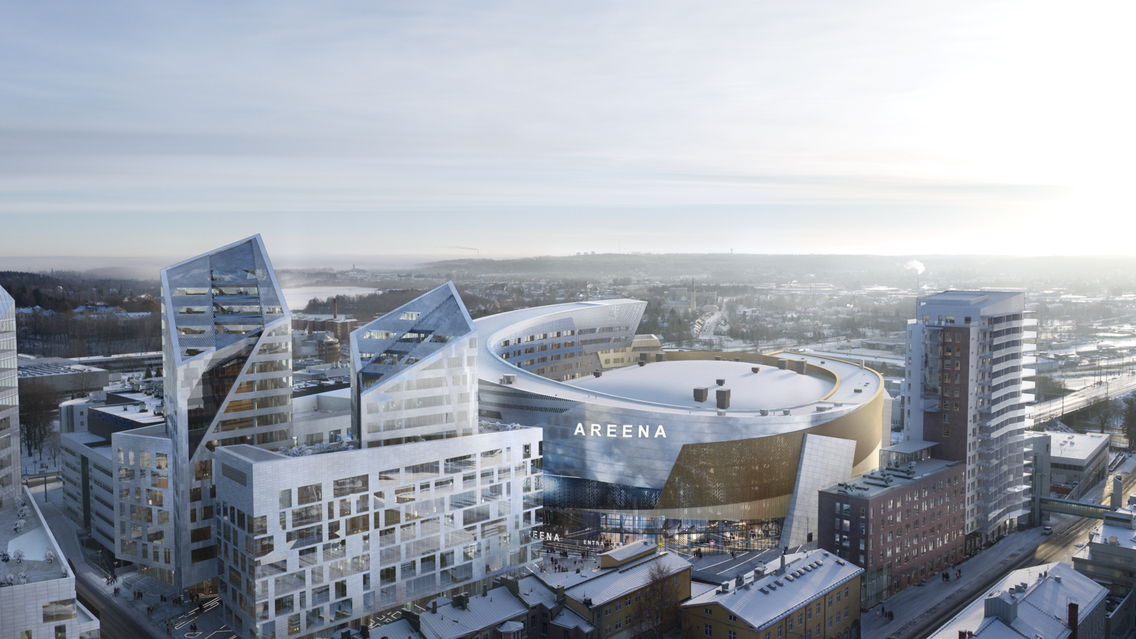 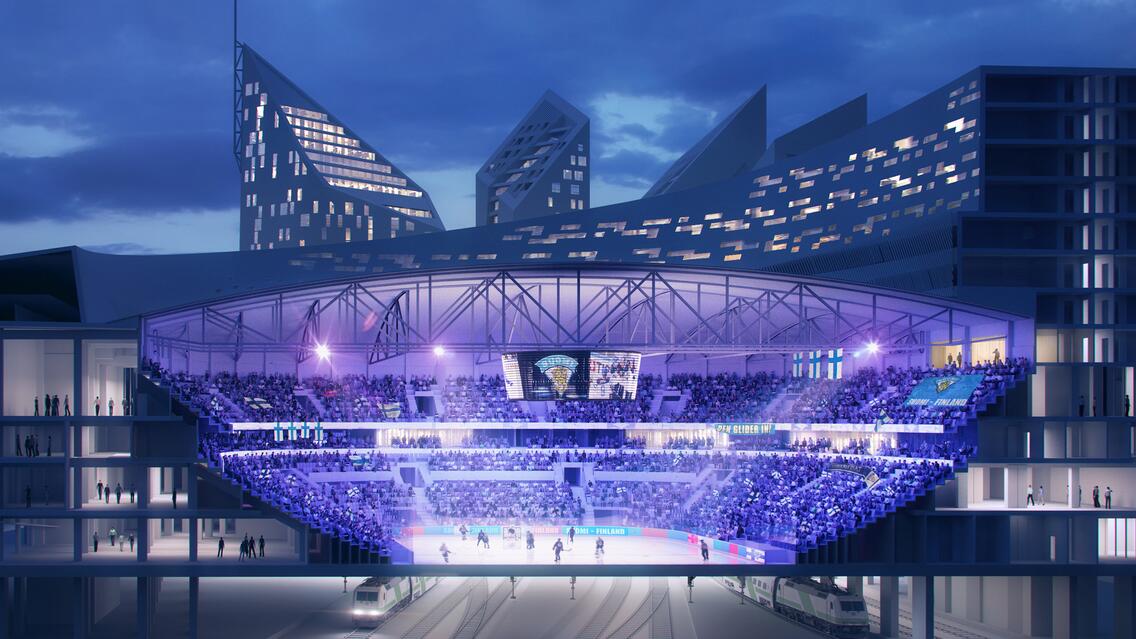 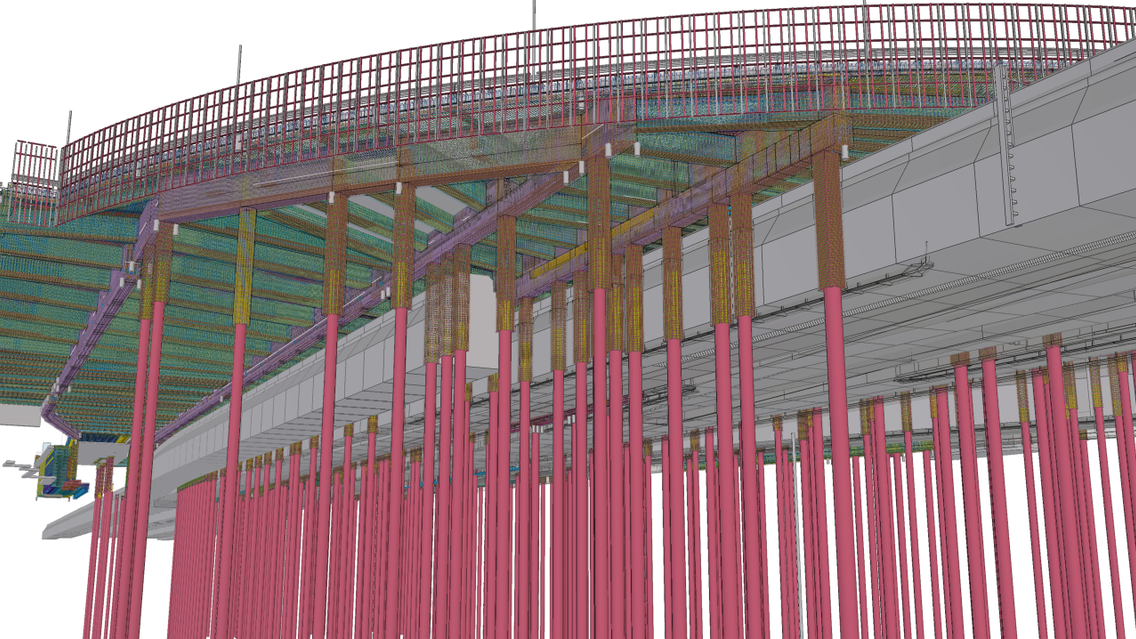 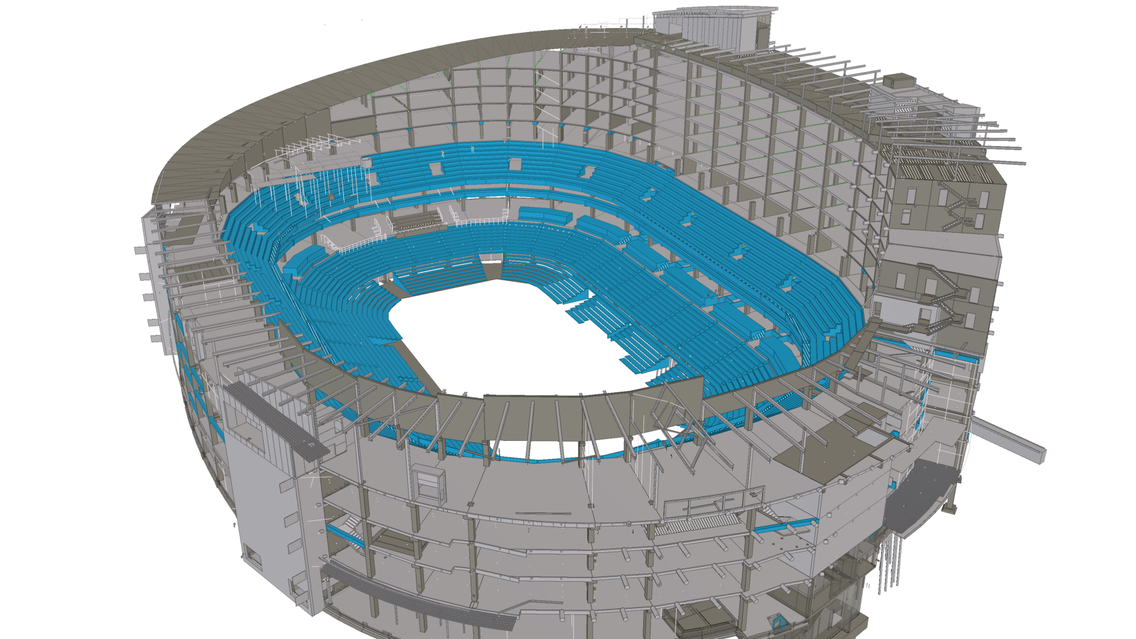 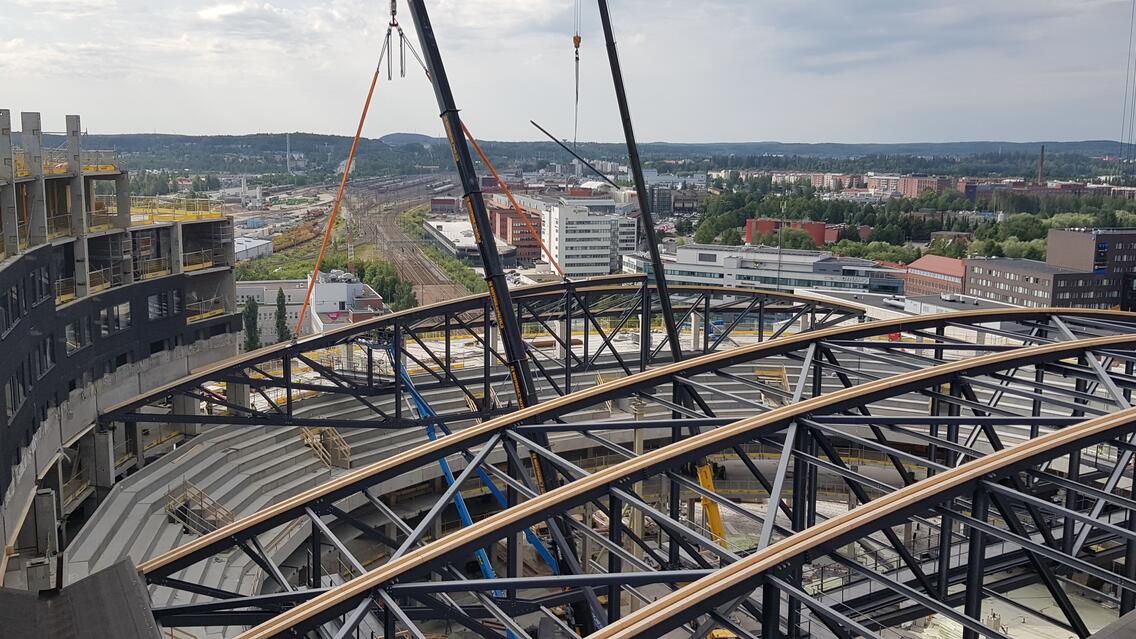 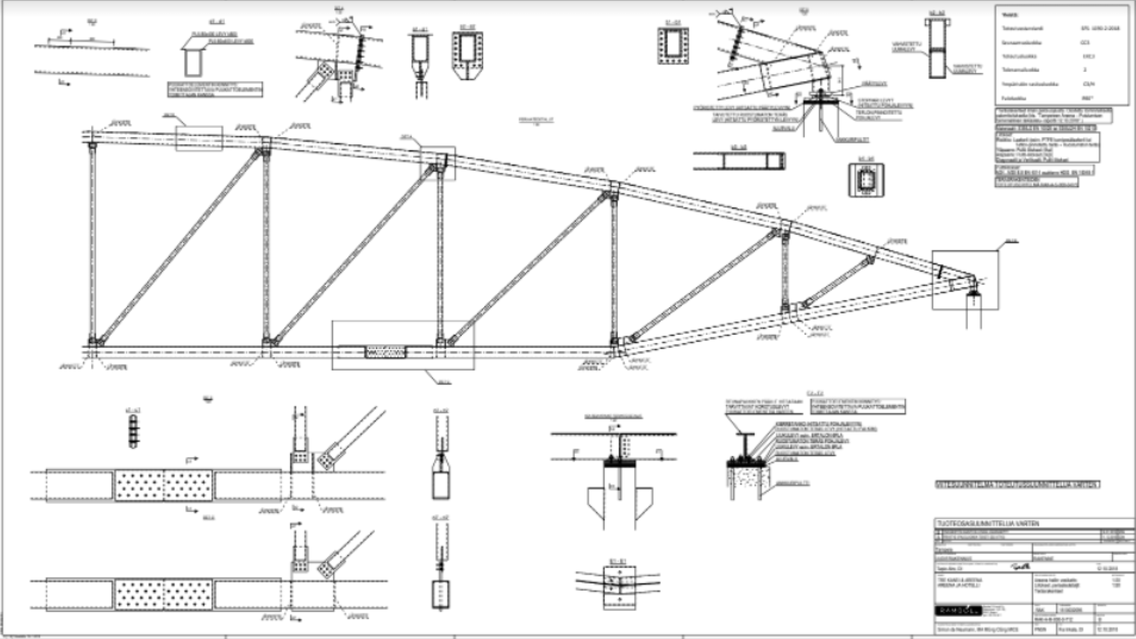 Users of the combination model

The Tampere Deck and Arena project is part of a major change taking place in the central station district of the third largest city in Finland. An exceptional and highly challenging project on an international level, too, it will result in a unique urban activity center integrated above the railroad tracks in the middle of Tampere.

Extending over two hectares, the new deck will support a multipurpose arena for circa 17,000 spectators, offices, retail premises, apartments, a hotel and a casino, and the project also includes the construction of training and parking facilities. In total, the development covers a gross area of 125,900 m2. Its construction kicked off in 2017 and is to be completed during this year.

One of the lead designer’s challenges was design coordination, which would have been impossible to manage without BIM in a project of this scale. BIM enabled structural matching from deck supports between the rails and railway structure gauge requirements to the coordination of building services engineering and ceiling solutions.

The project involved extensive engineering, and BIM was used in the coordination meetings to help illustrate design decisions. Advanced BIM software allowed designers and other project participants to focus on their primary tasks i.e. design and project management.

For geotechnical design, an exceptionally extensive initial-data model complying with the common InfraBIM requirements in Finland was created for the area, including site, soil and rock-surface surveys; track geometry; underground structures, including wires, cables and pipelines; above-ground structures, including bridges, streets, buildings and track-side equipment/components; as well as drone photography. Geotechnical modeling included steel sheet- and soldier-pile and jet-grouting walls; ground leveling including dry-lining; pipeline design of main water, wastewater, rainwater and district heating and cooling; as well as cables; and, where applicable, as-built models.

The railway conductor beams were attached to the underside of the concrete deck, and a significant amount of other technology runs below the deck, which is why each beam structure was modeled in its correct shape into its correct location. This ensured non-intersection of technology and the electrified railway line and sufficient safety distances. Platform-like protective structures were tied to track geometries and modeled in their actual shape to avoid their intersection with track-level technology. The deck’s native model was generated by using a visual algorithm editor, and the deck slopes’ elevations were written by using the algorithm.

During the design and construction of the deck, the project management was able to openly monitor the progress of the various project parties by making use of BIM statuses. Each object involved three statuses to monitor: design, construction and material delivery. The Tekla native model and Model Sharing were used for communications so that the contractor was able to access work in progress, too. Seeing the real-time situation in the model enabled reinforcement orders, proceeding with construction, and BIM-based coordination of work and labor scheduling.

The wide benefits of the models were seen, for example, in the way the sewers fit into the deck structures. The lighting system was modeled in accordance with the Finnish Liiga, IIHF, NHL, FIBA and FIVB requirements. BIM benefits also include modeling the below-the-deck premises around the Arena and the algorithm-based design and fabrication of facade cladding. In addition, models enabled maintaining an unobstructed view from each seat to the Arena.

The site staff always had a combined model available before entering their site, and site progress was monitored up to each separate room thanks to standardized data content in the models. BIM helped create site plans and introduce the site to new staff, and defining and presenting the railway safety area improved occupational safety in particular.

Thanks to the excellent location of the Arena, the spectators can access the venue by car or in many other ways. Ice hockey tickets apply in public transport, too, and during the events, the traffic arrangements encourage people to arrive on foot.

Simulations helped ensure fluent traffic in normal conditions as well as during events, street capacity for the pedestrian flow and other transport system functionality.