Due to the modernization project, the mining and processing plant at the Pustynnoye deposit should be able to increase production from 2 million to 2.5 million tons of ore per year. The final product of plant is special alloy Dore. Design, equipment delivery and construction works for that project had been carried out by TOO AAEngineering. Location for new buildings was supposed to be connected to the existing infrastructure of the plant, so in the early stages of the development, a photogrammetric survey was performed using UAV. The model of the existing plant helped to place the new two buildings on the territory in the best way, and also clearly demonstrate the concept of the project to customer.

Challenges and factors of success

To ensure project implementation as soon as possible, a decision was taken for simultaneous (parallel) design and construction. During construction, many changes were made to the design documentation, but thanks to the 3D model, the drawings were kept consistent and without conflicts. BIM modeling has made it possible to avoid inconsistencies and errors in design documentation, made the design process clear and raised the cooperation between the architectural and construction, technological bureau and other subcontractors to a new level.

Collaboration during the project had been arranged by using Tekla. As a result, three main tasks had been solved:

Two buildings had been designed and built during the framework of the project.

A full-cycle design and construction company, including the designing, construction and commissioning of hydrometallurgy enterprises. 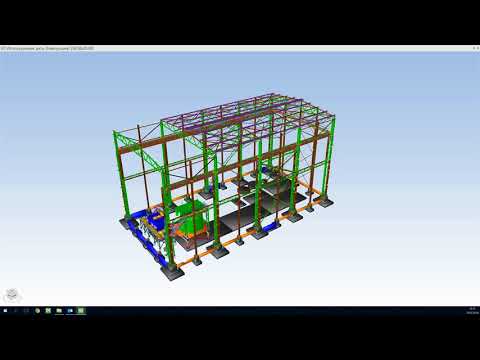