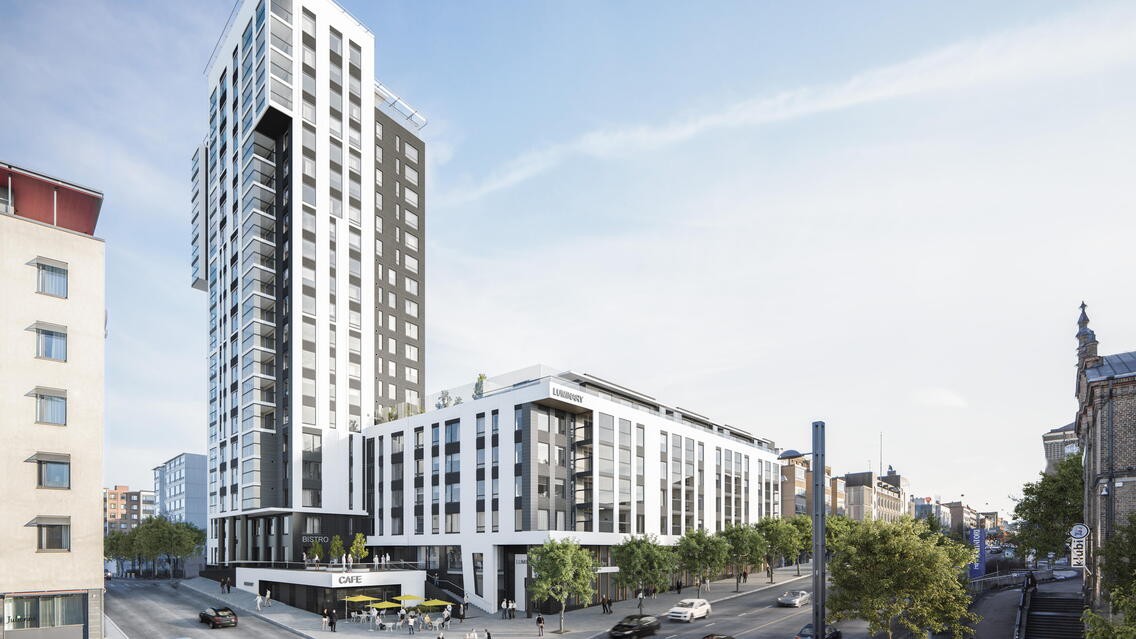 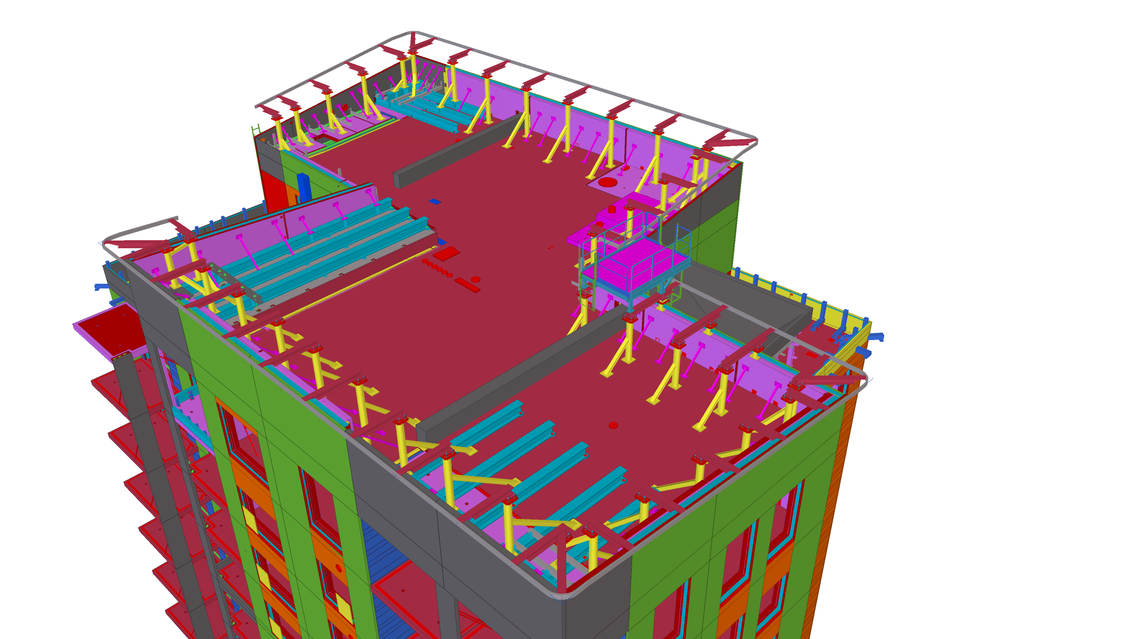 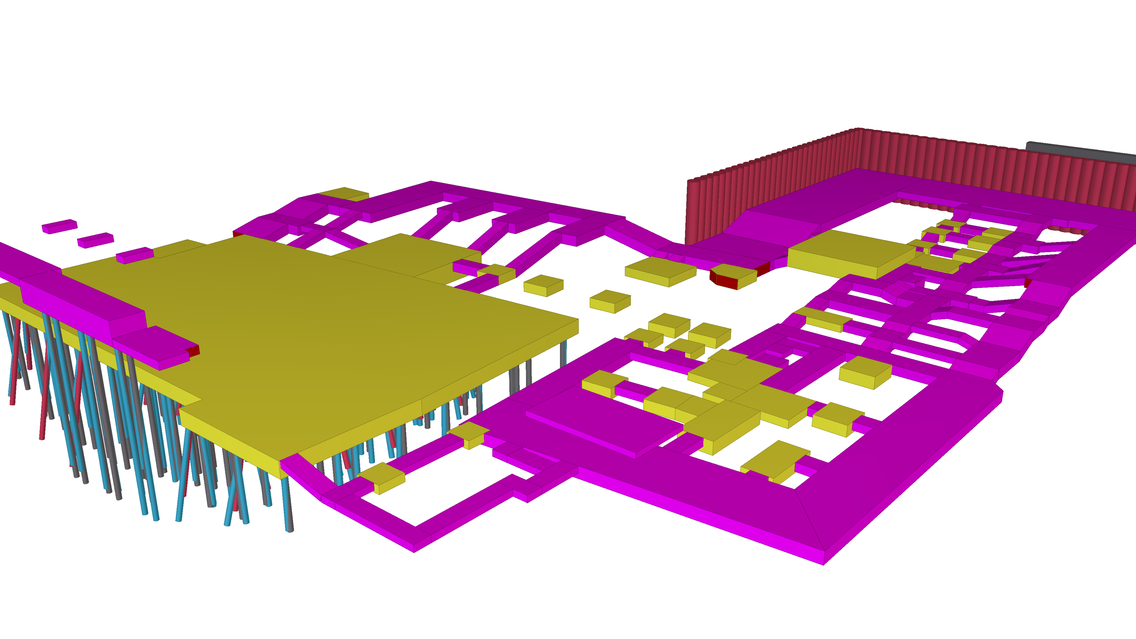 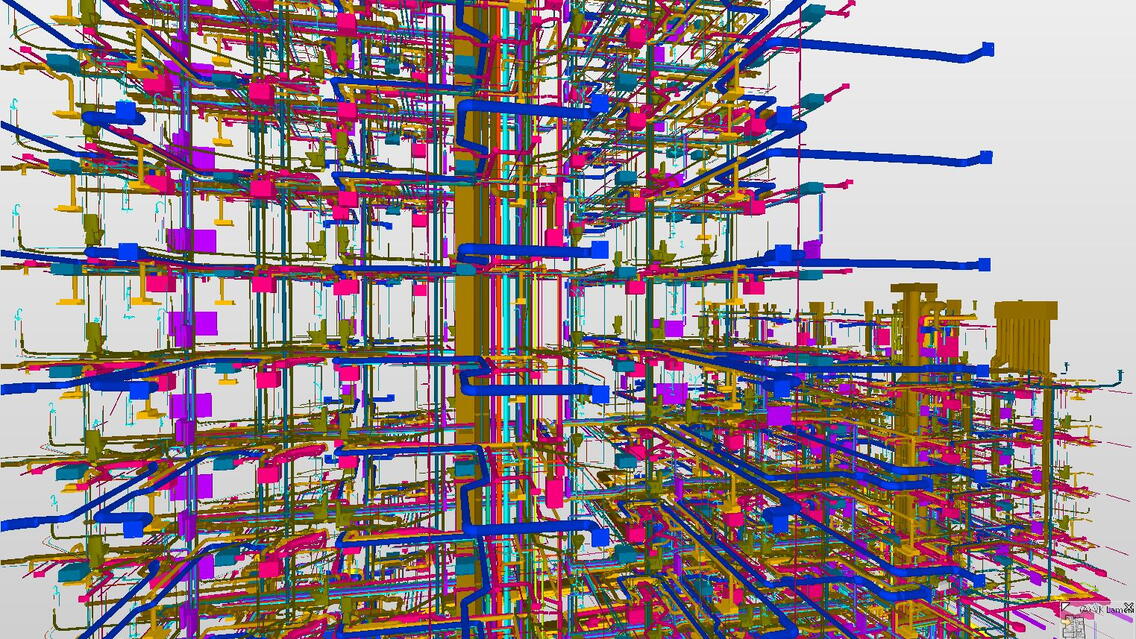 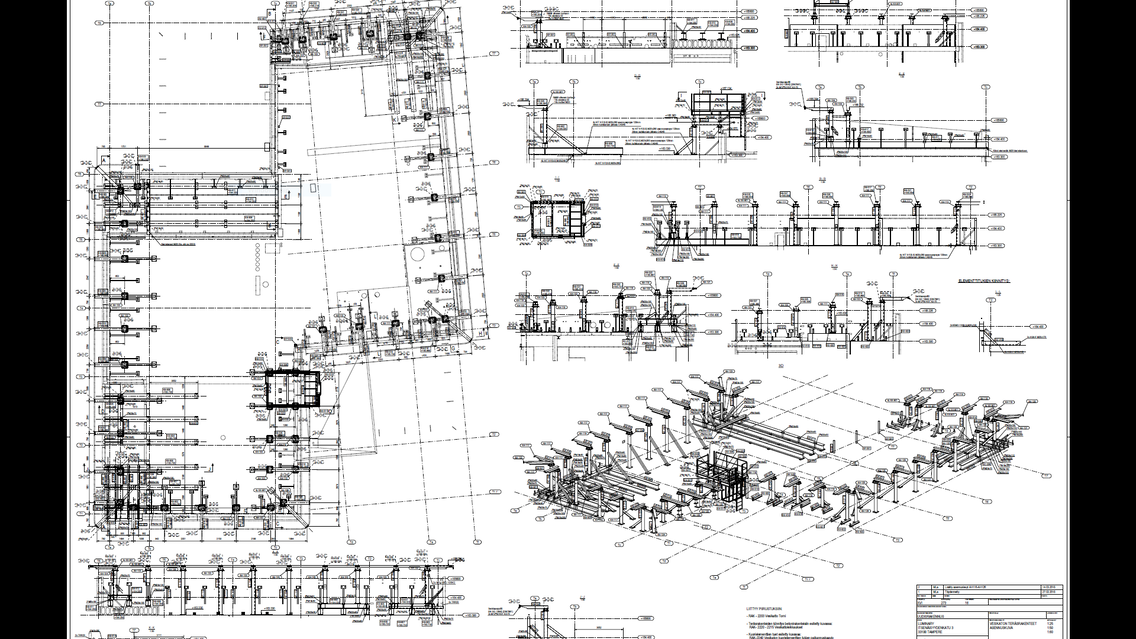 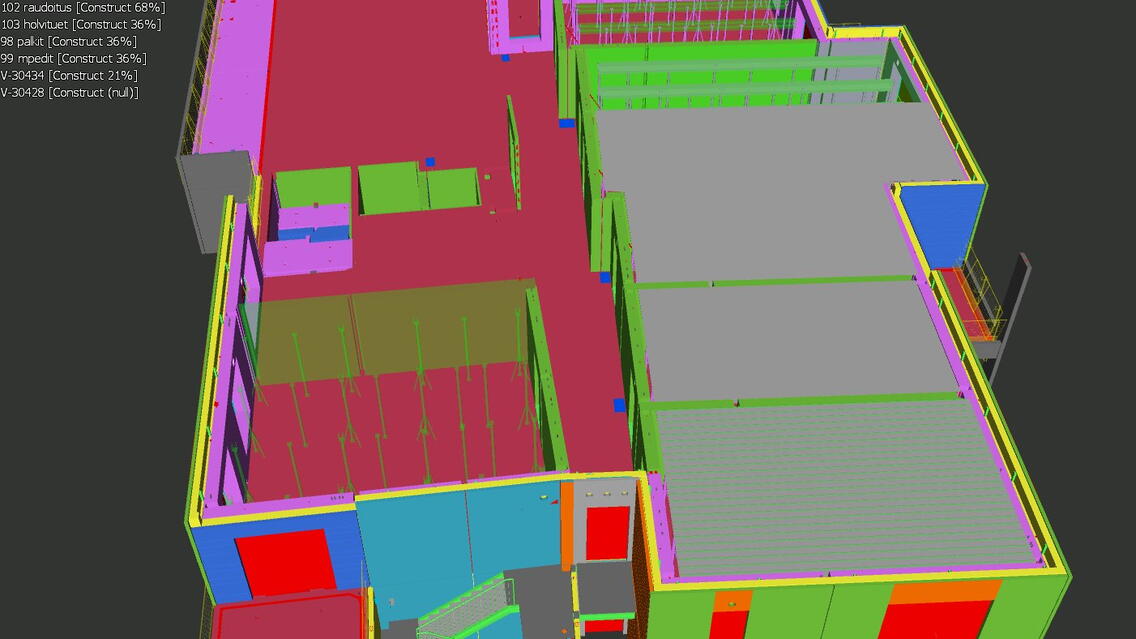 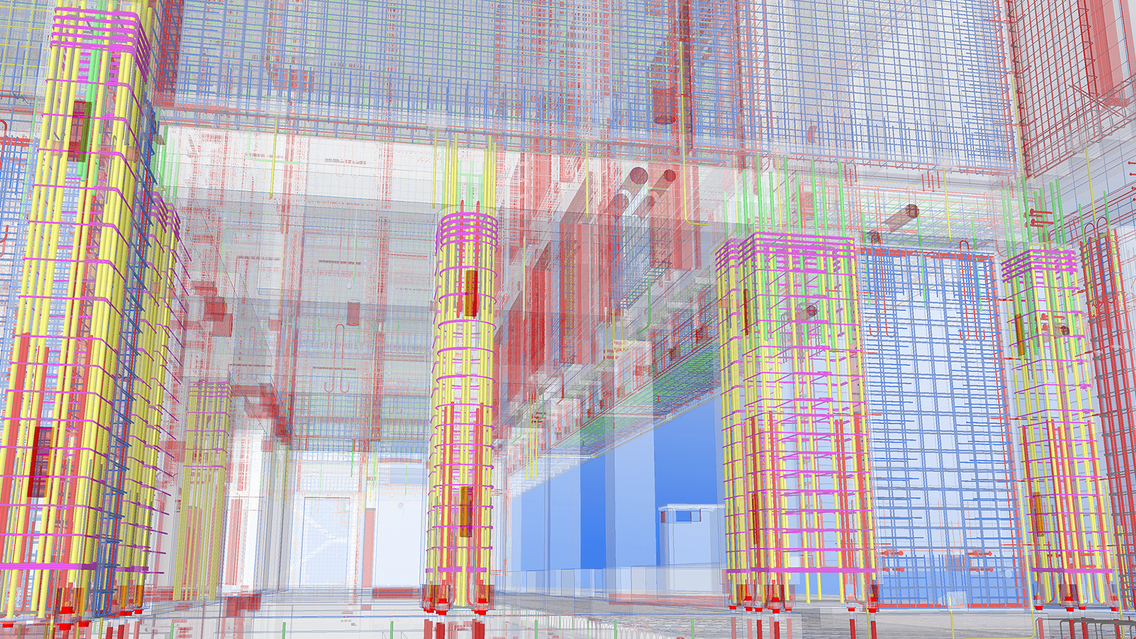 Judging by its architecture and appearance, Luminary is a uniquely tall and high-class complex of apartments and business, office and parking space. The building encompasses 188 apartments from studios to large penthouses. The business section includes a restaurant and a cafe with a roof terrace.

On the 2nd floor, the large lobby functions as a hub of different areas, which represents exceptional architecture in Finland. The tower section houses 21 floors. Once completed, it will be the tallest apartment house in the Pirkanmaa region (70.52 m) and the new landmark of Tampere. Building regulations for tall buildings have impacted the facade materials and exits. The building comprises 18,000 brm² in total.

Regarding technology, engineering and trims, the apartments feature exceptional quality. Large floor-to-ceiling windows, a shared roof terrace and new type of services, such as car sharing, add luxury to the life of the residents. The yard is built on top of a two-floor parking garage. Luminary is located by a future tram route and very close to the main railway station.

Facade maintenance has been designed carefully using the model. There is a maintenance cradle on the roof that can circle the building on a monorail, and its reach for window cleaning and facade trimming has been ensured using the model. The building mainly consists of precast concrete units, but the lowest floors are cast in place. The roof structures, monorails and exit stairs are all made of steel. Construction started in August 2016, and the project is to be completed in March 2019.

Luminary is a challenging hybrid structure for designers, builders and fabricators alike. The challenges have to do with its complexity and the number of elevations, tall building methods, and the changing wishes of future residents. Success relates to model-based design and collaboration as well as sharing and utilizing model data on site.

A-Insinöörit Suunnittelu is carrying out the structural and building unit design of the project. In addition, they delivered geotechnical design including level design and acoustical design including studies of the audio-technical qualities of the stairways. Precast manufacturer Parma participated in model-based cooperation. The IFC models and architectural DWG files from other design disciplines were used as references. The Tekla model produced 3070 drawings in total, of which 1550 were for the precast units. Including the Delta beams, hollow core slabs and floor slabs, the project consists of 2580 units, and the Tekla model contains about 220,000 objects.

The plot will be filled to its capacity, due to which the supports and foundations have posed a challenge. Existing buildings on both sides, street elevations and other city infrastructure had to be taken into consideration in the design. The foundations feature various levels, and the cast-in-place sublevels include plenty of reinforcing bars, equipment, penetrations and connections to municipal infrastructure. Basic Tekla modeling and reinforcing bar tools have been used in the modeling in addition to equipment and casting components, such as joint reinforcements.

A special challenge was to match the two different frame solutions; the business section contains a beam-to-column frame while the apartments include load-bearing internal walls. Regarding the CIP contractor, the casting areas were large with many complex shapes, and there was very little storage space on site. Using the models it was easier to manage the contract as a whole.

Precast manufacturing challenges were mainly due to the strict tolerance requirements for tall buildings. The windows and doors were installed on the units at the factory, and the precast detailer modeled these parts to Tekla in order to manage the weights and centers of gravity using the model. Design was more demanding than usual, partially because the wall elements include large openings and loads. However, it was possible to model all units in detail and produce the drawings directly from the model.

The units’ electrical equipment was modeled based on the electrical designer’s IFC files. The temporary bracing and steel connections of thin-shell panels were modeled in exceptional detail. Also additional joint parts, like welding plates, have been modeled. Attention has been paid to the occupational safety of the units already during the design, and the contractor modeled solutions for fall protection. The structural designer modeled the transportation supports of the door openings plus all the other structures needed to support the units of various shapes.

The support points for the cranes and elevators for construction work were also modeled. The safety of the lifts was ensured carefully, and the model was utilized as a visual aid. Perhaps the most particular work-time structure modeled is a temporary support for the crane on the 15th floor as requested by the builders. They needed to find out the exact center of gravity of the very complex support in order to design and install it safely and accurately horizontally.

Model-based design and visual presentation is a normal design method for the architect. In Luminary, the model was also utilized to check the views from the apartments and balconies to the surrounding area. The project was successful because the design team was able to work seamlessly together and produce high-quality and accurate models. Thanks to Tekla Model Sharing, the builders and the precast manufacturer were able to access the model in real time in a more accurate and visual form compared to a shared IFC model. Among other benefits, accurate modeling has enabled obtaining quantities directly from the model.

On site, the model has been used in a versatile way by managers and employees alike, for example to visually aid installations and carpentry, at the so called BIM kiosk. In this project, for the first time, the positions on site were measured based on the structural model, which made work significantly easier and faster. The Tekla model was used on mobile devices with the help of Field3D, and so far, it has been shared among 50 users.