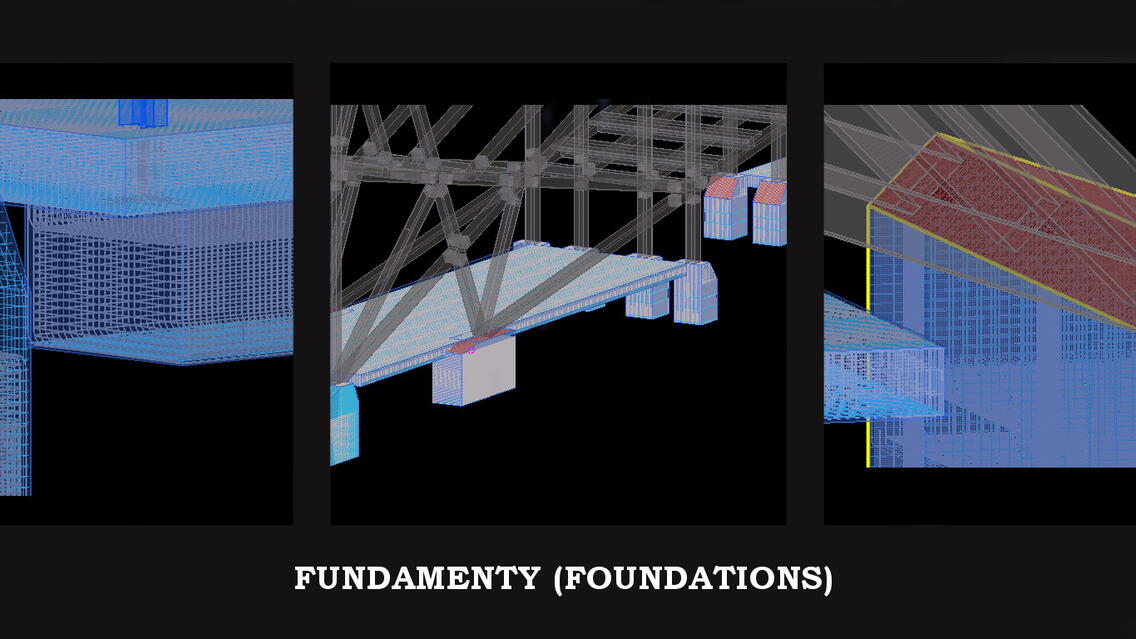 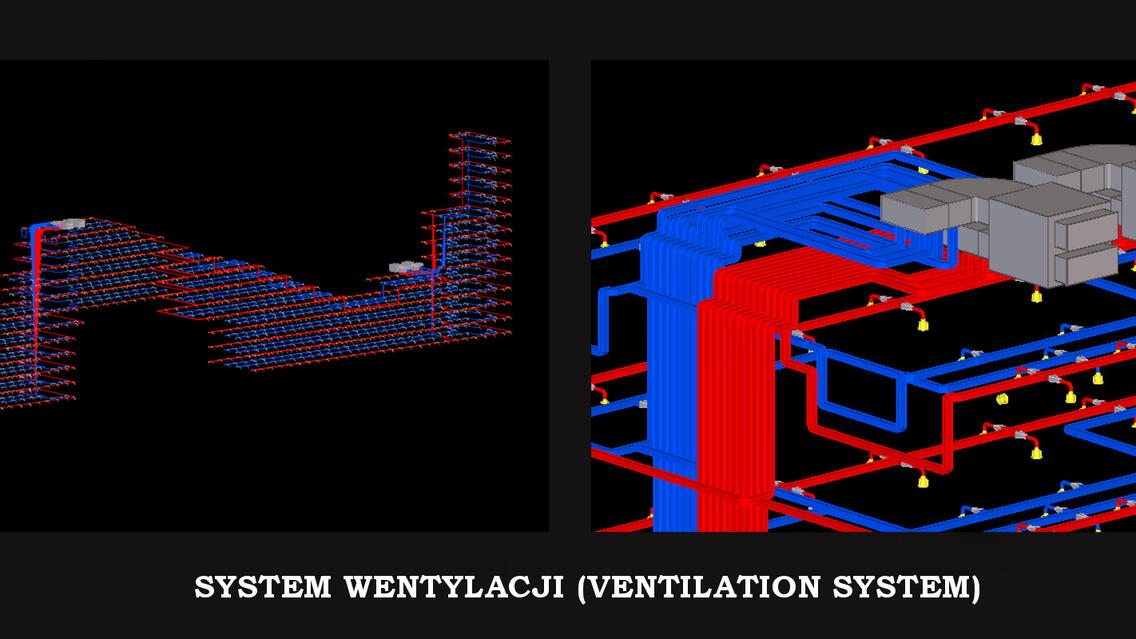 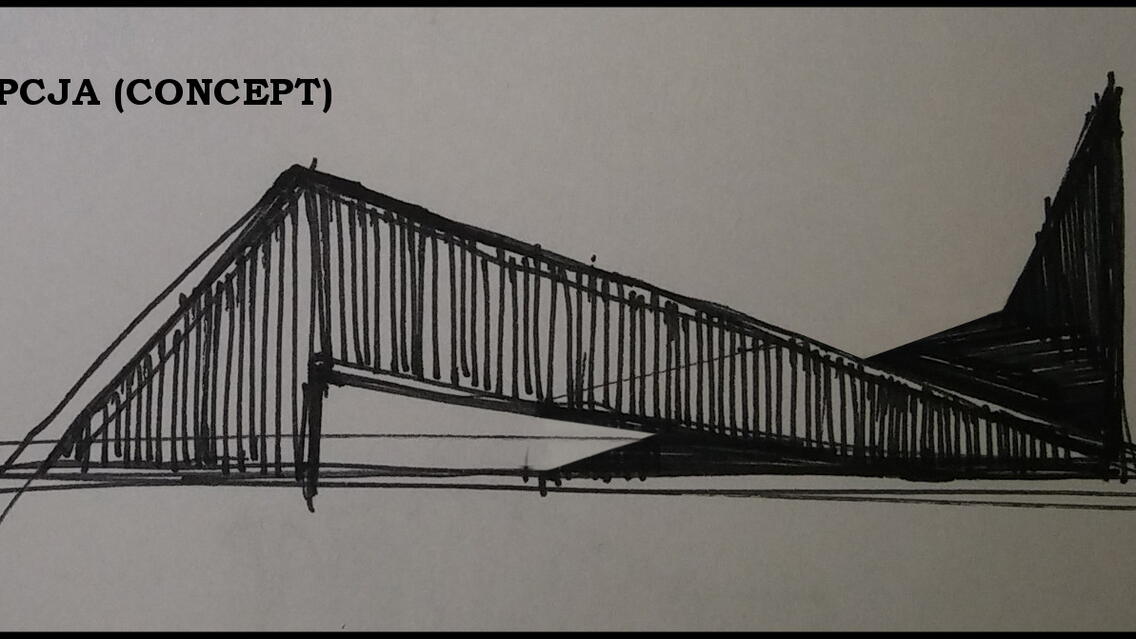 We are fourth year students of Lodz University of Technology in Poland, training for a BSc degree. As we wanted our project to be complex, we made a team of people from different faculties – civil engineering (Karolina Malańska, Krystian Warda), architecture (Robert Szuba) and environmental engineering (Katarzyna Kaczorowska). The project has been prepared for Tekla BIM Awards 2016 competition.

The project is an alternative version of the Lodz City Gate. The current concept is designed by the Polish-American architect – Daniel Libeskind. The gate is a part of the New City Centre which is a huge area that will be totally reconstructed. The project includes also an underground railway station, new railway connections through the city center, art and cultural zone. Our project is an office building that will also have special zones available for everyone and a viewing point at the top.

The building is divided into three parts, covered with glass elevation- a frameless facade. A load- bearing structure is made of steel rectangular tubes. Screw connection are hidden by the plates so that the structure stays esthetic. The whole building was designed in such way to make the steel elements to be both a load- bearing structure and has an architectural value (Architecturally Exposed Structure Steel). In order to make a structure lighter, we planned to use cellular beams which would also allow us to hide the installation and increase usable ceiling height. The shape of the openings was inspired by the Angelina profile designed by Arcelor Mittal.

The project contains of many various details that were the main challenge of the project. Modeling joints took us a lot of time and effort as the elements were at different angels. Almost each of the main joints needed to be made separately and couldn’t be copied. Because of the size of the building it took a lot of time to avoid and check collisions. That was causing many additional problems, for example while modeling the installations.

What made the project successful?

Thanks to the student internships, during which we had an opportunity to work using Tekla, we could make our project successful. By sharing our ideas, we could easily solve problems and think of new solutions. As we planned the scheme of creating the project before we had started, we were able to finish it in less than a month. Using tools such as phase manager allowed as to organize the work well. What is more, thanks Tekla BIMsight we were able to easily communicate and discuss on the project.