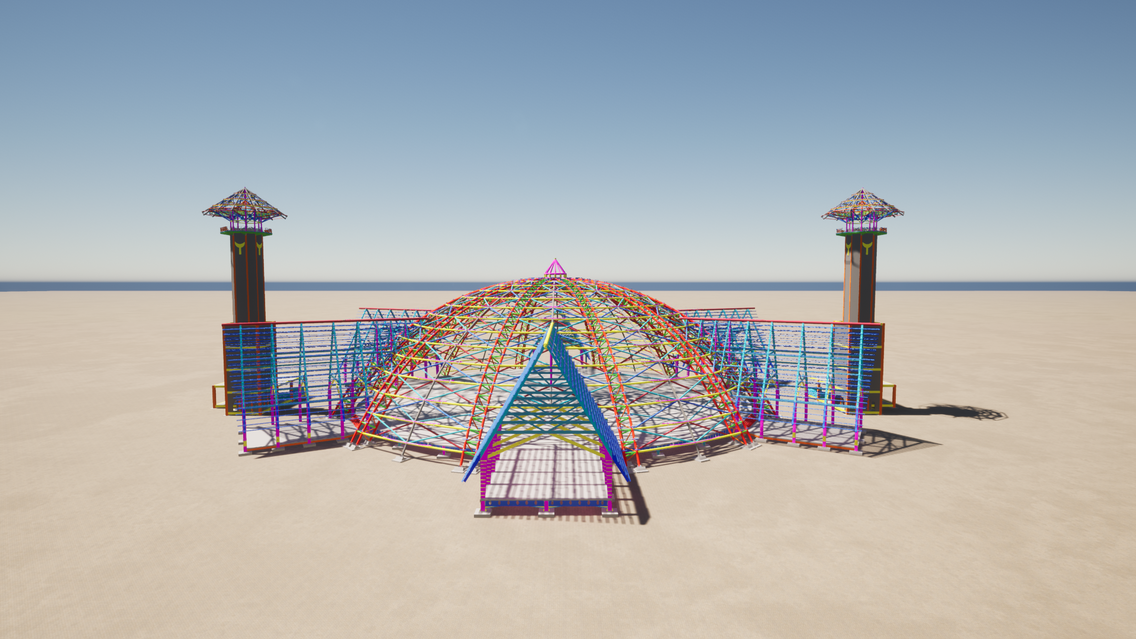 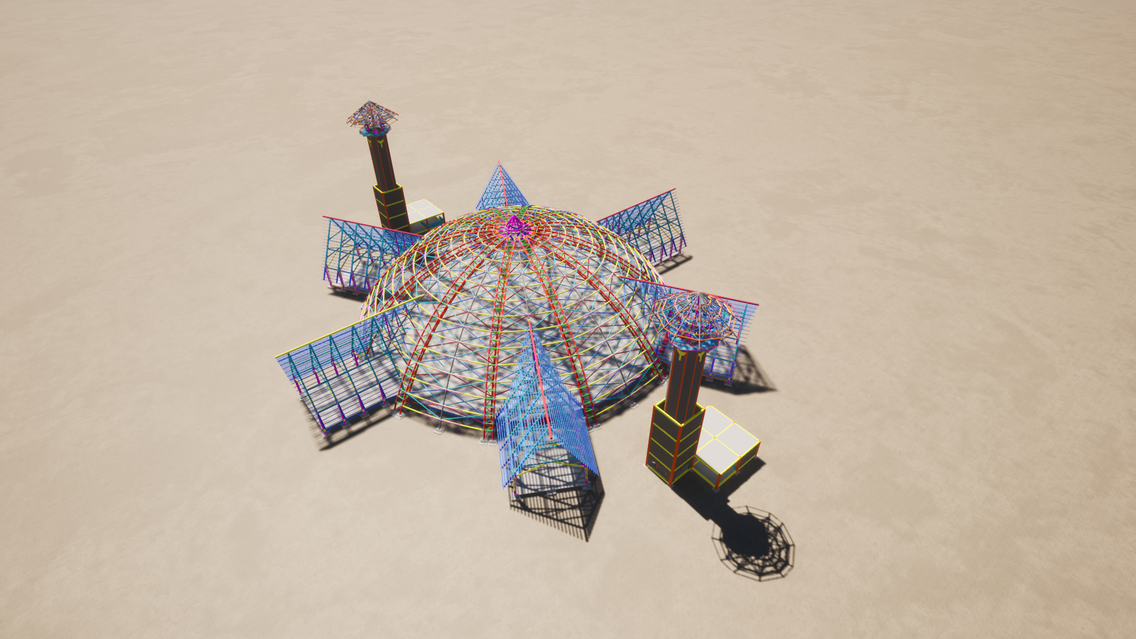 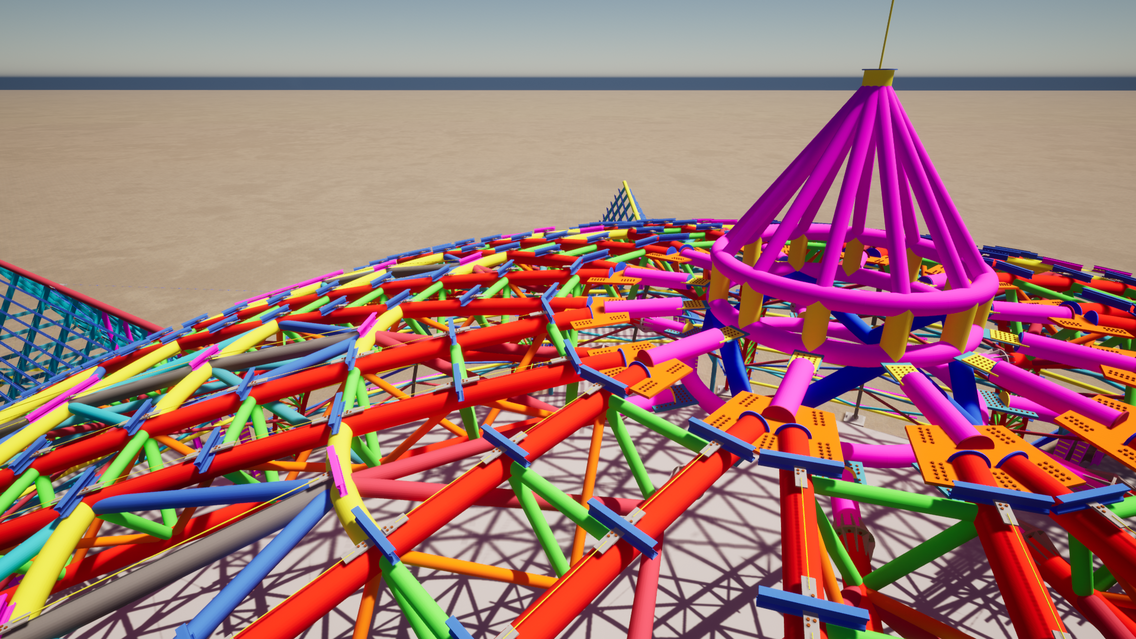 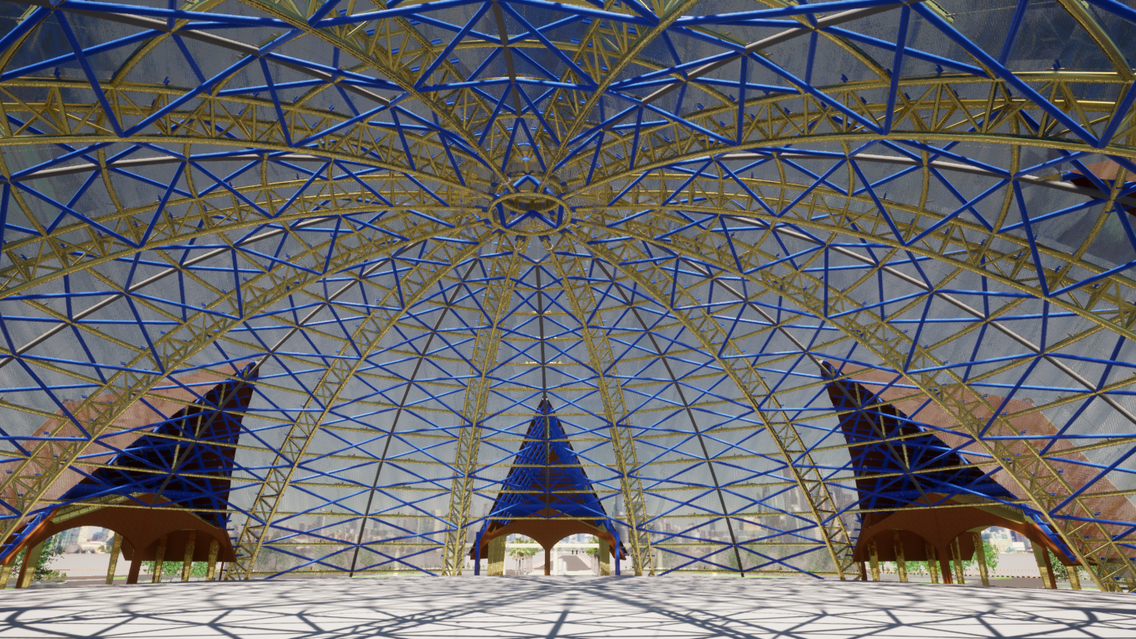 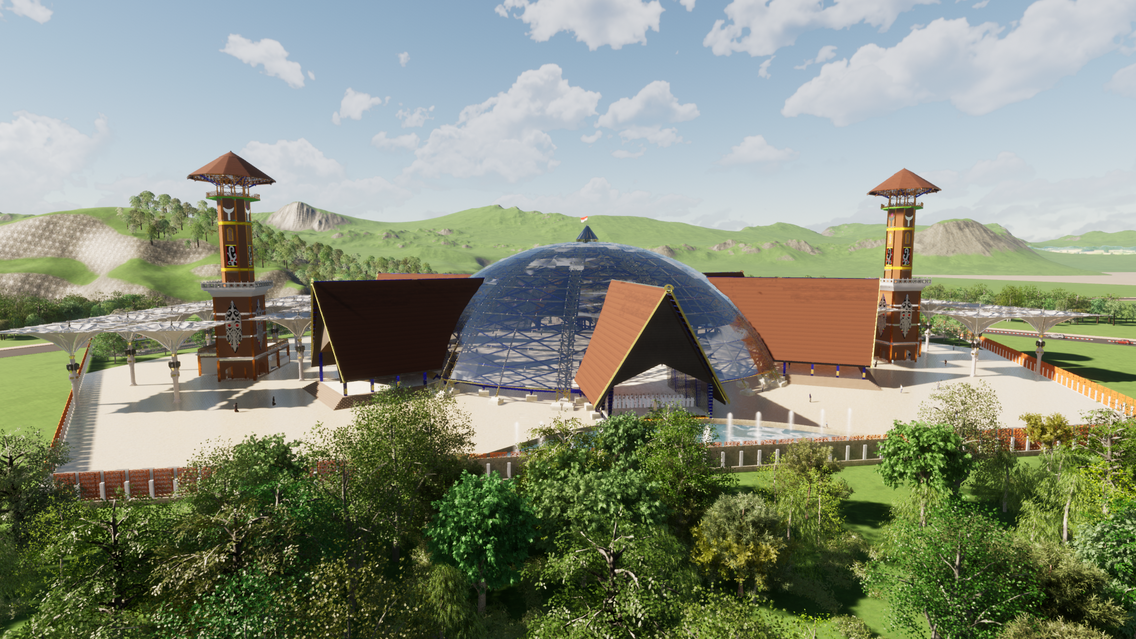 The New Kalimantan Mosque is our contribution to our beloved country in the form of the design of the national mosque in the new capital city of Indonesia, Penajam, Paser Utara, East Kalimantan Province.

Besides having a modern impression, the glass dome has an attractive value on the inside of the mosque by having a sky view during daylight. By using the special glass, sunlight remains in the main room and keeps the heat outside. Another advantage of using this design is being in accordance with the government’s plan for green building designs, as it will minimize the lighting room in daylight, possibly not needing any lights at all. The modern design is also showed in the mosque’s outdoor area. Large umbrellas will protect worshippers from the heat.

The classic design of The New Kalimantan Mosque can be seen on the fence and 3 main gates which are placed on the front side, left side and right side. On the front side of the Imam’s room (leader of prayer) also has a pool with a ball-shaped stone with Allah’s name – also known as “Kaligrafi” – on that stone, which makes the entire room look classic. The wood is known in Bahasa as “Sirap” at the hallway made by the ironwood or also known as “Ulin” in Bahasa, adopted by the roof of the Banjar Traditional House. Furthermore, it has also “Tatah Kandang Rasi”, which is a nickname for the fence on the Banjar Traditional House placed on the inside part of the fence which is the place for worshippers to take ablutions before praying.

It has “Tatah Atas Lolongkang” decorations with the jaruju leaf motif and cape flower also known as “Bunga Tanjung” in Bahasa, which are placed on the tower’s beams and the ablution waterflow. It also has The Dayak Carvings which are placed on the wall side of the tower. The great dome on the New Kalimantan Mosque is not only of precious value, but it also has the main aim of not using columns in the center of the mosque building.

Are you a student who wants to learn Tekla software? Click to Tekla Campus