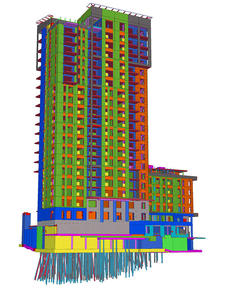 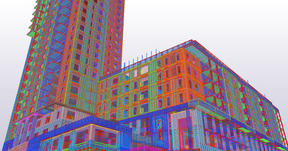 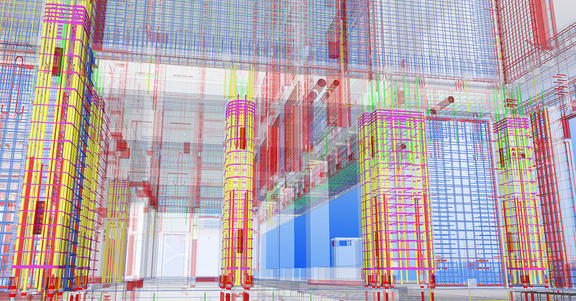 A tall order for design and construction
Luminary is a challenging hybrid structure for designers, builders and fabricators alike. Its complexity and the number of elevations, tall building methods, and the needs of future residents have all had a hand in its planning. 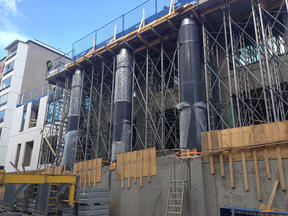 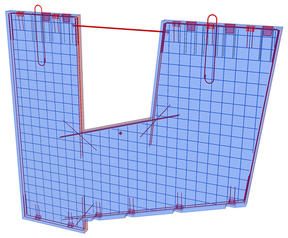 On-site data and collaboration
The project was successful because of its very high quality and accurate model-based design, seamless collaboration and extensive on-site model use. The design team was able to work seamlessly together utilizing and producing high-quality, accurate models. With the Tekla Model Sharing, the builders and the precast manufacturer were able to access the model in real time in a more accurate and visual form compared to a shared IFC model. 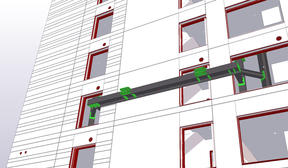 Modeled temporary crane support
The support points for the cranes and elevators for construction work were also modeled. The safety of the lifts was ensured carefully, and the model was utilized as a visual aid. Perhaps the most particular work-time structure modeled is a temporary support for the crane on the 15th floor as requested by the builders. They needed to find out the exact center of gravity of the very complex support in order to design and install it horizontally, safely and accurately.

Luminary had so much detail on the precast units. To see this level of detail and this level of cooperation and collaboration, and obviously, it all coming together on site looks ideal. No clashes on site is quite a statement.
Craig GarretProject Technology LeaderBuroHappold Engineering, Middle East