TEKLA BIM HELPS TO BUILD THE NEW INTERNATIONAL TERMINAL IN BALI
Construction is well underway on a new 120,000 sq m international terminal. The existing international terminal will be converted into a 65,000 sq m domestic terminal. The new airport will have a capacity of 17 million passengers a year by 2020 and 25 million passengers per year by 2035. 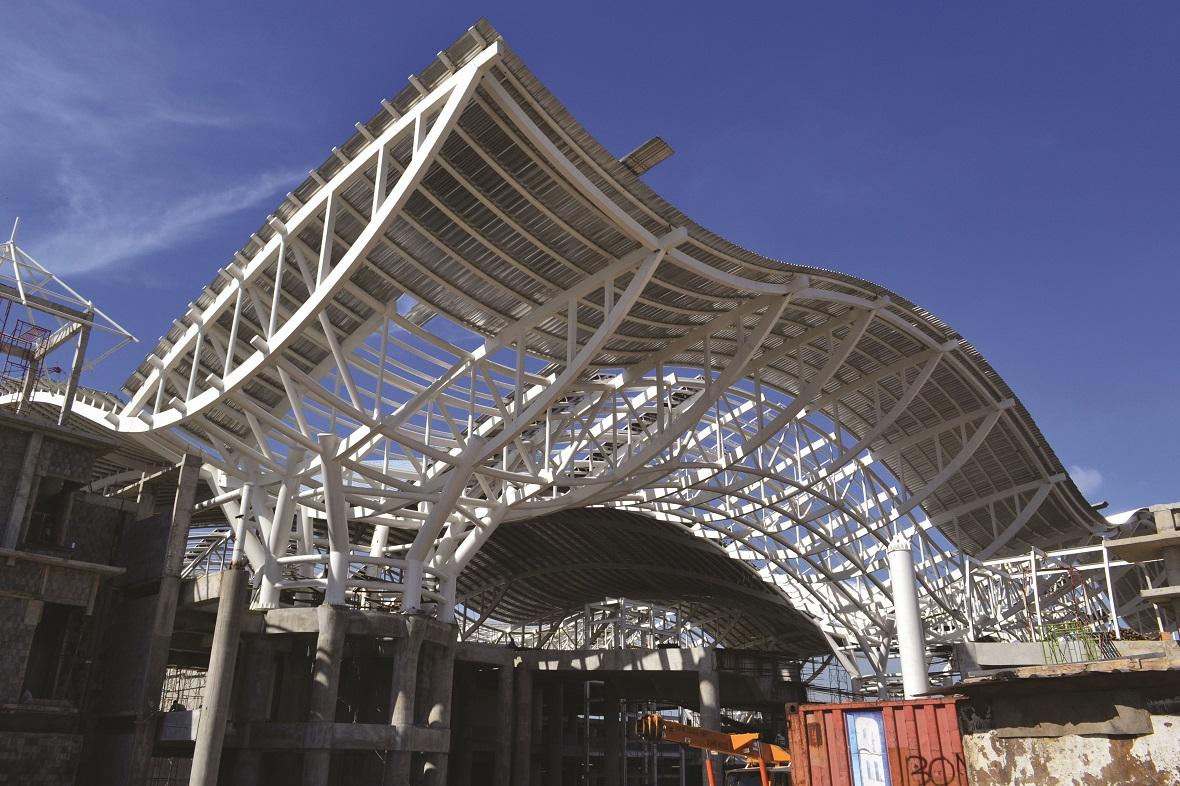 One of the most distinguishing characteristics of the design is the undulating roof, which resembles the ocean that gives the island its famous beaches. The waves on the roof consist of tubular steel of varying sizes and diameters, painstakingly shaped by local steel fabricator P.T. Dutacipta Pakarperkasa (DCP). And helping DCP to build the new airport is Tekla software.

DCP got the contract to fabricate the steel parts for the airport in August 2012 and the team immediately chose Tekla for the design. DCP is no stranger to Tekla Structures, having used it for the Building Information Modelling on airports in Medan and Lombok, both in Indonesia. 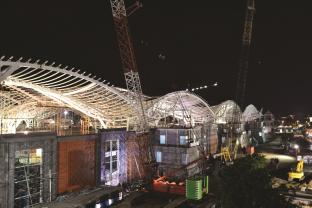 DCP has been using Tekla for the last three years and they can no longer imagine going back to using run-of-the-mill 3D CAD software. DCP took about two months to create the 3D model of the airport’s steel structure. Had they used ordinary CAD software, it would have taken at least twice as long, said Mr Yoki Triwahyudi, the company’s Deputy Director of Design & Engineering. “In addition, we would have had to use 10 to 15 people. With Tekla, we only needed three or four people,” he said.

Easy to Use
The difference between using ordinary CAD software and Tekla Structures is enormous, according to Mr Yoki. “It is like using Windows 3.1 versus Windows 7. Because of its user interface, Windows 7 is much easier to use. That is Tekla.”

Because less time and fewer man-hours were used to create the model, DCP saved on design time and cost.

Another advantage that they found was that it was easy to handle changes with Tekla software. This was important because the project was redesigned midway and so parts of the model had to be re-done. “In Tekla, there is a library so if we need to change the type of piping in the model, we can do so easily. We just have to find a template for the material and we can just drag it into the new design. It is very simple. With normal CAD software, we would have had to create it again, and that would require a lot more time.”

Tekla software also handled the bending of the steel tubes easily. This was a critical part of the roof design and so it was important that Tekla could handle the geometries involved. 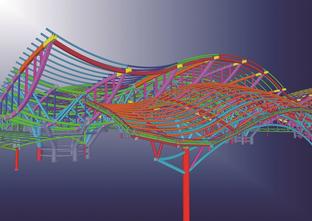 Said Mr Yoki: “To make the waves, we had to do bend the steel. That was very challenging, and it would have been very difficult to do without software. With Tekla though, almost everything is possible. To bend a pipe, we just had to draw the bend within the program.”

Another advantage was that Tekla software made it easy to demonstrate key aspects of the model to the client. “For wind stressing, we can show the customer everything that they want to know about what we use in the roof,” he said.

Mr Yoki also liked that Tekla allows different groups of people to work on the same file at the same time. “One person can work on the right section while another person is working on the left section. Both of them can design at the same time, and that makes them more efficient.”

In addition, he appreciated the ability to zoom in on the model’s details easily. “We use web viewer so when the customer asks about the joints, we can zoom in to just about any positions, and we can pan and tilt to see it from different angles. This allows us to give the customer greater satisfaction.”

Tekla speeds fabrication process
Apart from its value at the design stage, Mr Yoki found Tekla Structures valuable at the fabrication stage. Tekla is able to directly produce the NC files that bending machines use. In addition, Tekla is able to produce a materials list very easily. All this is in contrast with CAD software, which would take a lot of time to convert their models into NC files. It is also harder to produce a materials list from CAD software.

At the erection stage, Tekla software continued to prove its worth. Erecting the roof was a challenge because of its size and complexity. The five-line roof measures 60 m by 60 m and
each line had to be held up by three columns, some 60 m in length. Accuracy was paramount.

Because of the size of the roof, the pieces had to be transported individually to the site before being welded to the columns. The constructable 3D Tekla models helped the welders see precisely how each part was supposed to be joined together.

Thanks to the hard work of all the people involved, the Ngurah Rai International Airport project is on schedule. As for DCP, the experience has been a useful one for them. Although they had previously used Tekla for fabricating structures for power plants and coal shelters as well as for two other Indonesian airports, Ngurah Rai’s curved roof was new to them. Having successfully built the airport, DCP is looking forward to the future with a renewed sense of confidence. Said Mr Yoki: “We have the experience and we are ready for the next challenge.”