The use of BIM on a construction site was put to test on the extension of Jumbo shopping mall in Finland's capital region. The building project was a pilot in the utilization of a 4D building information model produced with Tekla Structures software for planning and steering site operations. The benefits of 4D modeling truly came into their own when the project’s tight schedule was jeopardized by a several week delay.

Project Director Juha Höyhtyä explains that a tight timetable meant that the design, purchasing, prefabrication and site activities ran very much in parallel. “The traditional method of completing the design project  before starting anything else wouldn’t have been possible here. Instead, design work began on the sections that were to be handed over first, and purchases were divided into reasonably sized entities,” Höyhtyä describes. 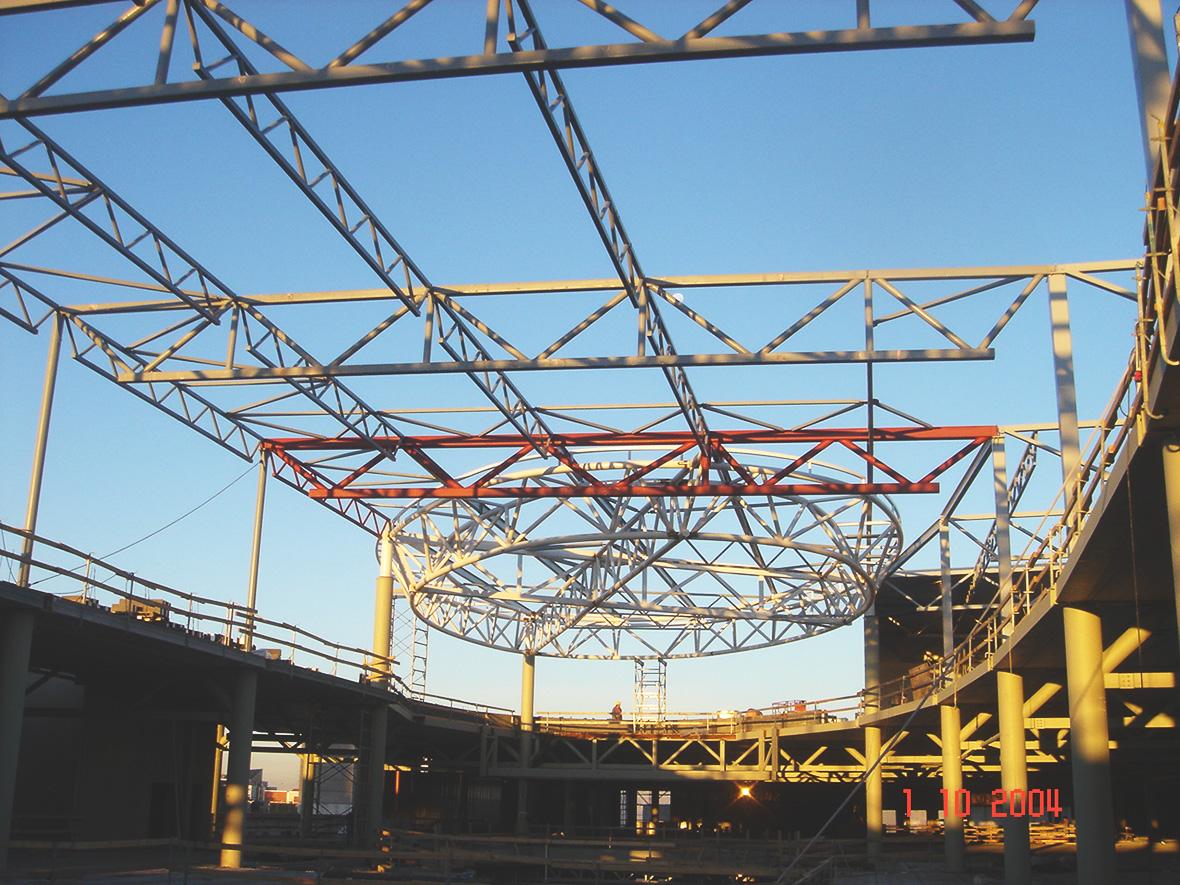 Due to its nature, the building project was selected as a pilot for the ‘Pro IT – Product Model Data in the Construction Process’ project by the Confederation of Finnish Construction Industries. The objectives of the Jumbo extension pilot included testing the combining of the frame’s concrete and steel structures into a single Tekla Structures model and testing the deployment of the model for scheduling site activity. In addition, experiences were gathered concerning the usability of programs, model-based data transfer, and data sharing between organizations.

One model for steel and concrete structures plus schedules

Jumbo’s design had advanced quite far when Pro IT’s piloting began. The steel structures were under planning with the Tekla Structures modeling software, and traditional 2D drawing had already been selected as the design method for concrete structures and shells. For the purposes of the pilot, the concrete structures’ geometries were also modeled with Tekla Structures. Site management was further improved by combining the steel and concrete frame and facade shell models into a single 4D model that incorporated geometries, volumes and schedules for all elements as well as the identifiers used in the original 3D models or 2D drawings. 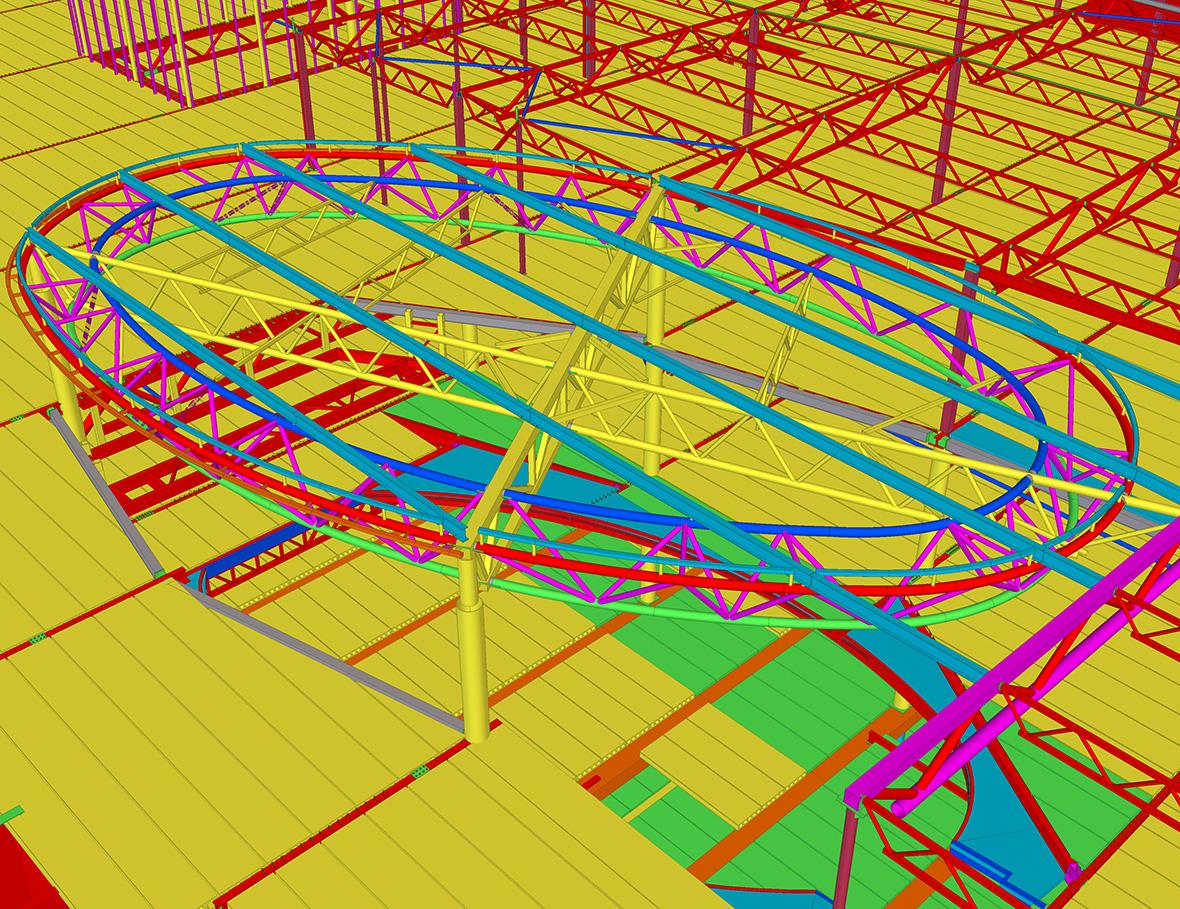 All project participants had similar local models in their use – the management contractor Lemcon, structural designer Finnmap, steel supplier and frame constructor PPTH, and Tekla, the partner responsible for the pilot’s technical implementation. The models were kept identical through mutual synchronization. Tekla Structures makes it possible to save a virtually unlimited volume of status data in a single model. But because construction work had already begun when the pilot got underway and the partners had been brought together at short notice, a decision was made to work with relatively simple yet essential assembly and manufacturing data.   Scheduling was carried out by management contractor Lemcon and steel supplier and frame constructor PPTH. Collaboratively they defined the assembly sequence and followed the assembly dates in the 4D model. The plan and its realization were kept fully up to date in the model with daily updates to schedule changes and realized assembly dates. In the pilot, the partners received up-to-date situation reports in attribute format for entry into their own models. Assembly situation reports were produced from the 4D model beforehand or afterwards for a specific day or week, for example.

Schedules on track through simulation 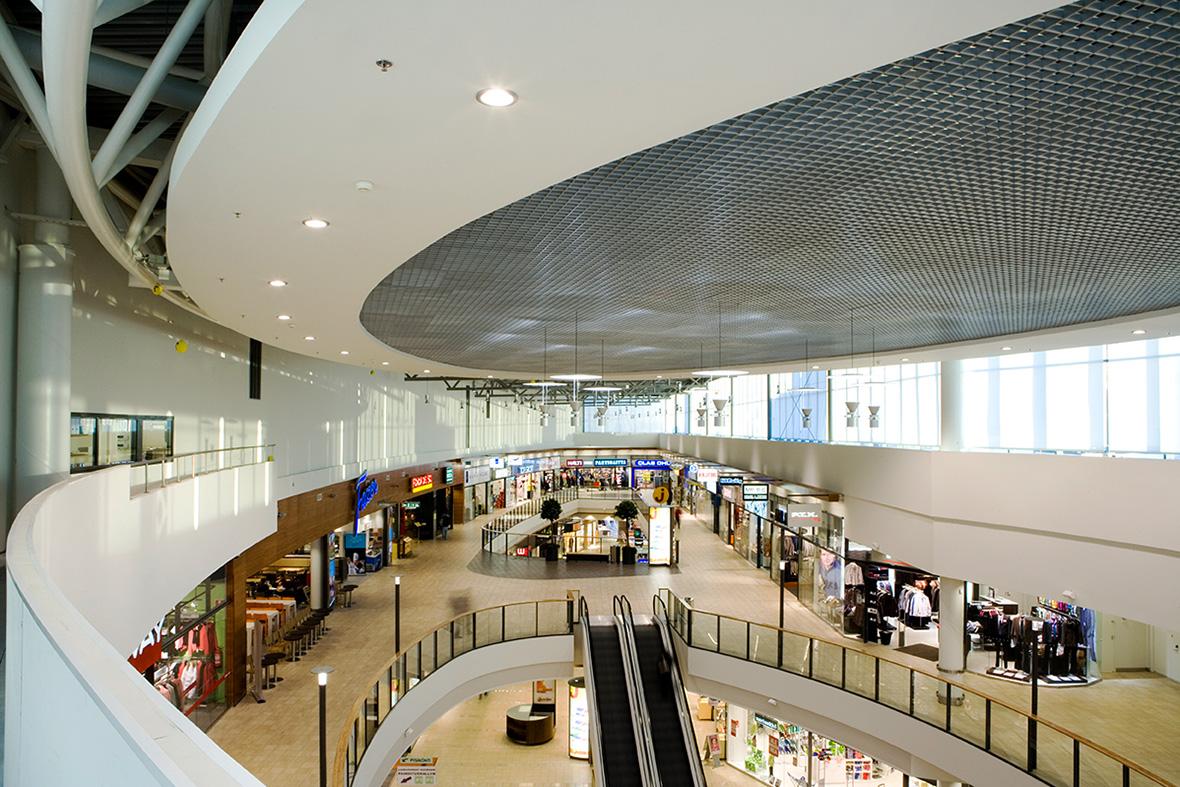 According to Lemcon Project Manager Juha Höyhtyä, the 4D model validated itself during the pilot as a powerful tool for site management. Its ultimate capabilities were proven when the tightly scheduled project was threatened by a delay of several weeks in autumn 2004.   “A crisis emerged when a frame subcontractor fell behind schedule at a point where the frame assembly and interior work met. If we hadn’t taken action, both the interior work and fitting the heating, plumbing, air-conditioning and other building services would have been significantly delayed,” Höyhtyä says. A traditional line schedule assessment showed that the building schedule could be squeezed a little but not enough. “We used the building information model to test how things could be made to work. We entered the maximum amount of work for each day and examined the possibilities. When we assessed the situation in detail with the subcontractor, the impossible started to look more promising after all.” 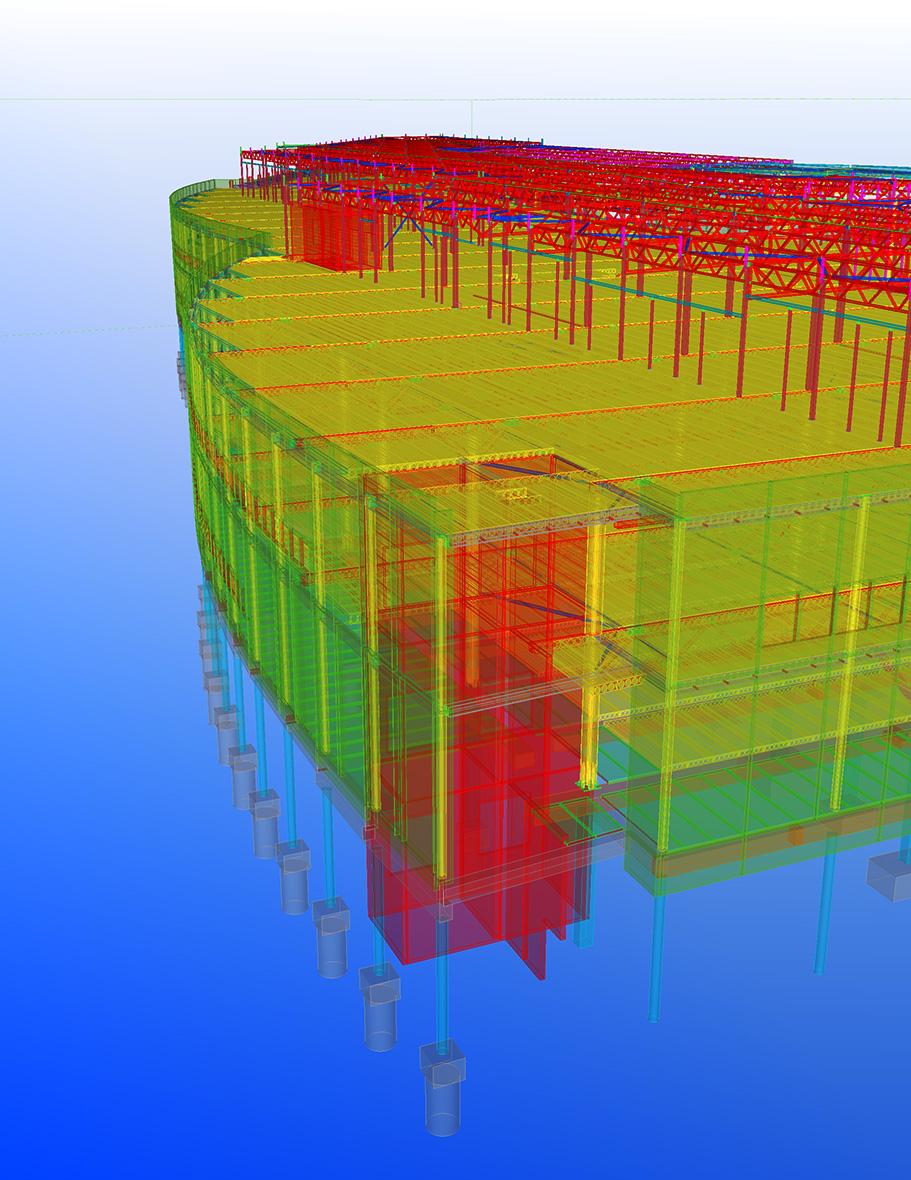 The building information model was used to carefully plan and simulate the assembly sequence for the next three weeks. With the management of dimensions and masses among its capabilities, the model supports tasks like planning hoisting. An option to view the assemblies for each day in a different color aided visualization. “I was promised that the critical stage would be completed one Saturday in October at 3 pm. It was actually finalized a couple of hours earlier,” Höyhtyä says.

Höyhtyä describes the product model as a functional tool that communicated the site’s real situation with great reliability. The model facilitated the monitoring of site activity and the management of volumes, for example, and solidified the commitment of the project’s various parties to the schedule. Communication was also enhanced. 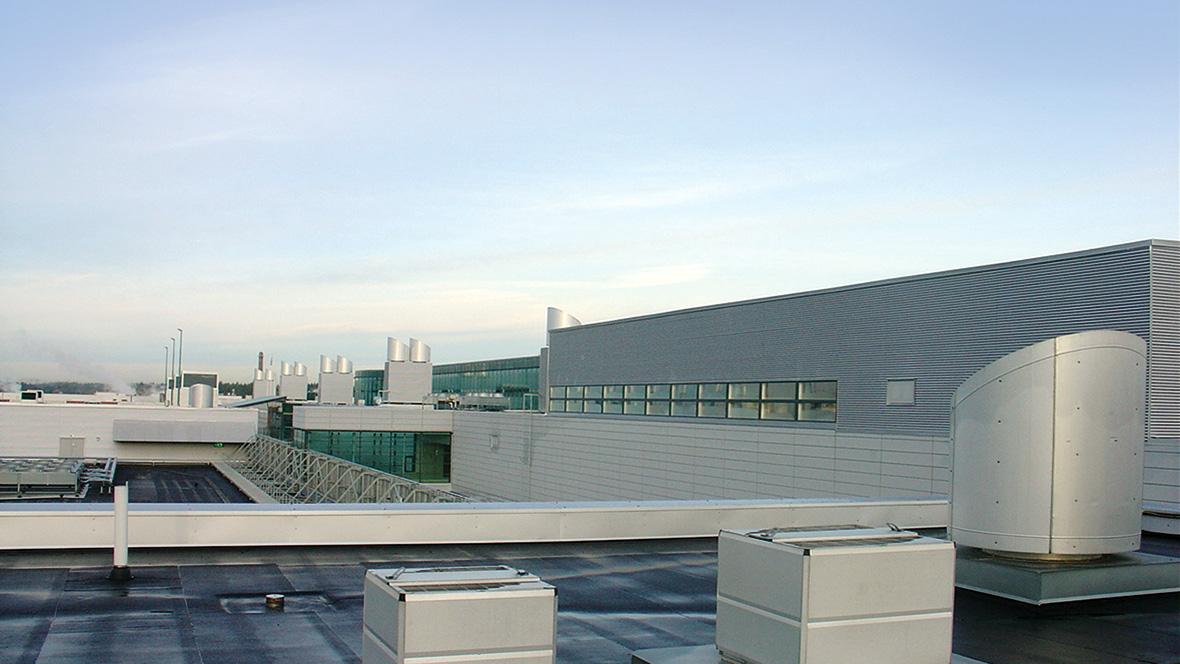 “I believe that a good experience could bond the parties involved more permanently. In future it would be good to bring in the concrete element suppliers to utilize the product model more extensively than for schedule and logistics planning alone. With the steel structures, the pilot achieved a level where the drawings required for production were produced directly from the model,” Höyhtyä says.   He believes the most significant cost benefits will in the future be derived from better schedule management and fewer errors since the use of a building information model enhances cooperation between design, pre-fabrication and assembly. He emphasizes that cooperation requires an open and honest operational culture from each party in the value chain. Höyhtyä concludes: “This would make it possible to switch from partial optimization to cooperation that strengthens the productivity of the entire value chain and ultimately benefits the customer.”