This year’s Tekla Global BIM Awards winner is Norway’s Randselva Bridge – the world’s longest bridge to be designed and constructed using only Bridge Information Modeling, and no traditional paper drawings.

There is something symbolic about a bridge joining two bodies of land. By connecting people and places in a more efficient way, bridges are a tangible expression of humankind’s ongoing development. Many bridges also mark time, with iconic designs that serve as monuments to the engineering practices of a specific school or era.

Norway’s 643-meter Randselva Bridge is set to become just such an icon. The 2020 winner of Tekla’s Global Building Information Modeling (BIM) Awards is the world’s longest bridge to be constructed using only 3D modelling – with not a single paper drawing. By closing the gap between the traditional and the modern, the project paves the way towards a more efficient and cost-effective future for the broader construction industry.

Want to learn more about Bridge information modelling? Check out this article: Six Benefits of BrIM 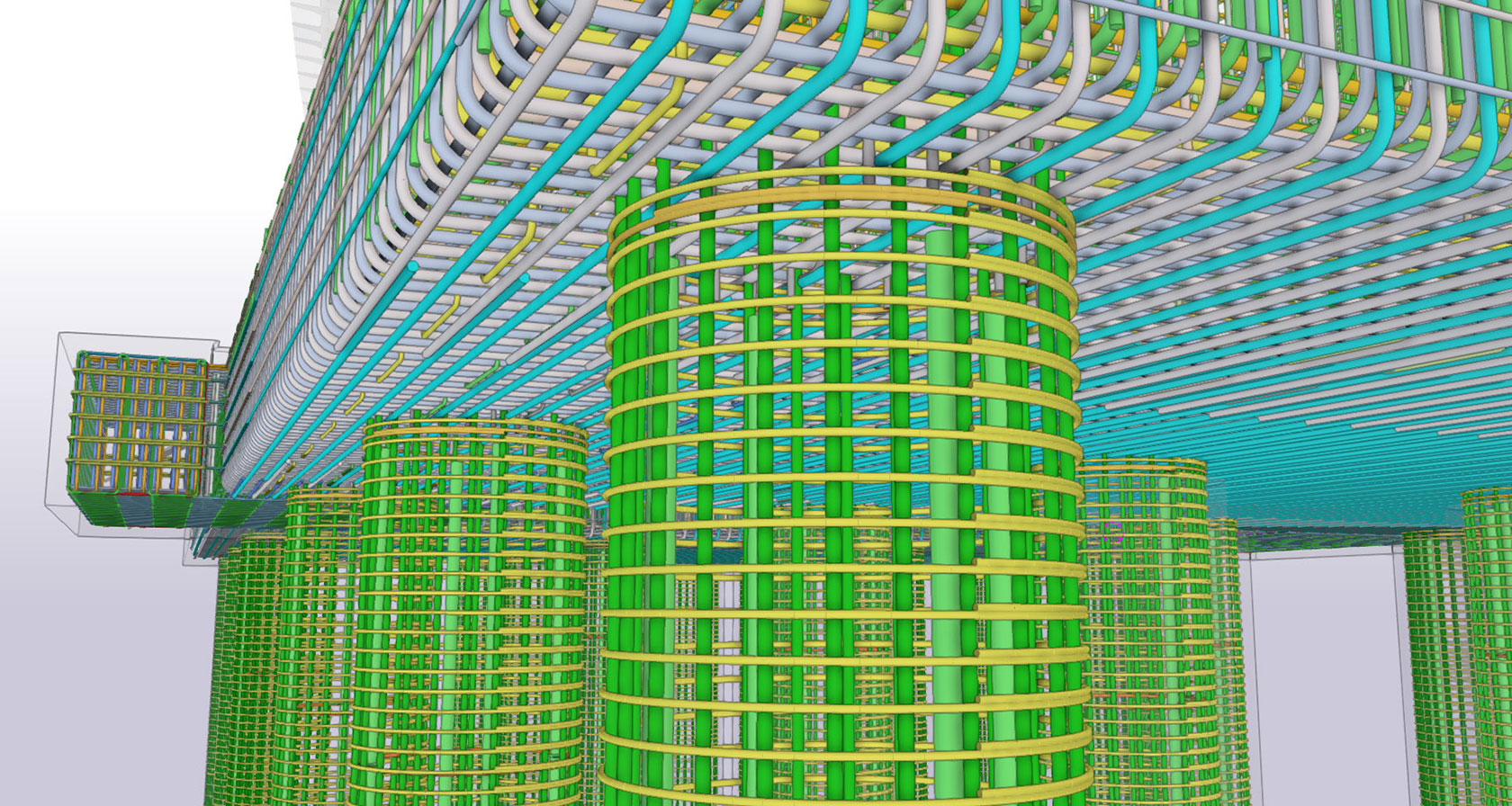 Due for completion in 2021, the Randselva Bridge traverses a river of the same name near the town of Hønefoss, some 60 kilometers north-west of Norway’s capital Oslo. An industrial centre with several important factories, Hønefoss is located near to European route E16 – an important east-west highway that originates in the Swedish city of Gävle, runs through Norway and continues into Scotland and Northern Ireland via ferry routes. The construction of the Randselva Bridge is part of a larger project by the Norwegian Public Roads Administration to improve a section of the E16 highway.

It’s fitting that a bridge on a road passing through several European countries should be constructed by a pan-European team. The contractor is Norwegian construction-company PNC; the bridge was designed by Portuguese civil-engineering firm Armando Rito Engenharia; and it was modelled by BIM experts in Denmark, Finland, Norway and Poland working for Swedish engineering consultancy Sweco. The team from Sweco modelled the bridge in Tekla Structures and used the Tekla Model Sharing collaboration tool so they could work at the same time without clashing. 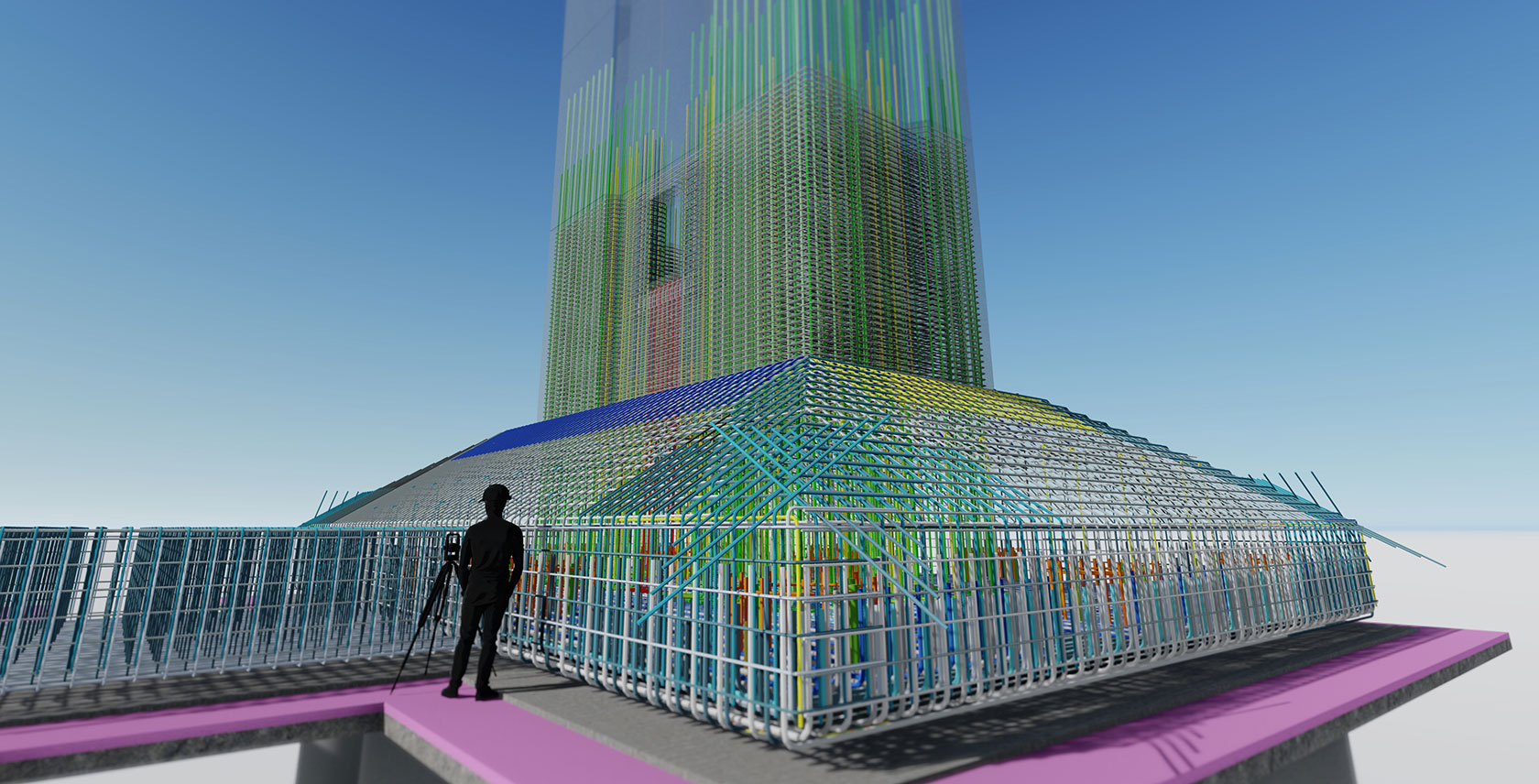 The bridge itself is a beauty to behold. Two single lanes curve gently over the river and forest, some 55 meters above ground level at the bridge’s highest point. Based on a concrete box-girder design and the balanced cantilever method, the bridge rests on six piers ranging in height from five to 42 meters. Some 200,000 rebars are contained within concrete added in 200 separate pour phases.

Part of the design challenge lies in the bridge’s slender geometry, which the team tackled using parametric algorithmic design principles. The heavy reinforcement and more than 200 post-tensioning cable anchors make certain areas very difficult to design. Each object in the Randselva BIM model carries some 50 information attributes, forming an immense body of data that is best handled in 3D.

“The groundbreaking Randselva Bridge project paves the road to the future of digitized construction.”

Some 95% of this information is transferred to the contractor via IFC files. As Tekla Structures labels all reinforcement according to its pour phase, the contractor can extract bar bending lists from the files whenever needed. At the same time, automatic clash detection ensures that the design is buildable. All this helps to eliminate errors upfront, which translates into time and money savings on site. 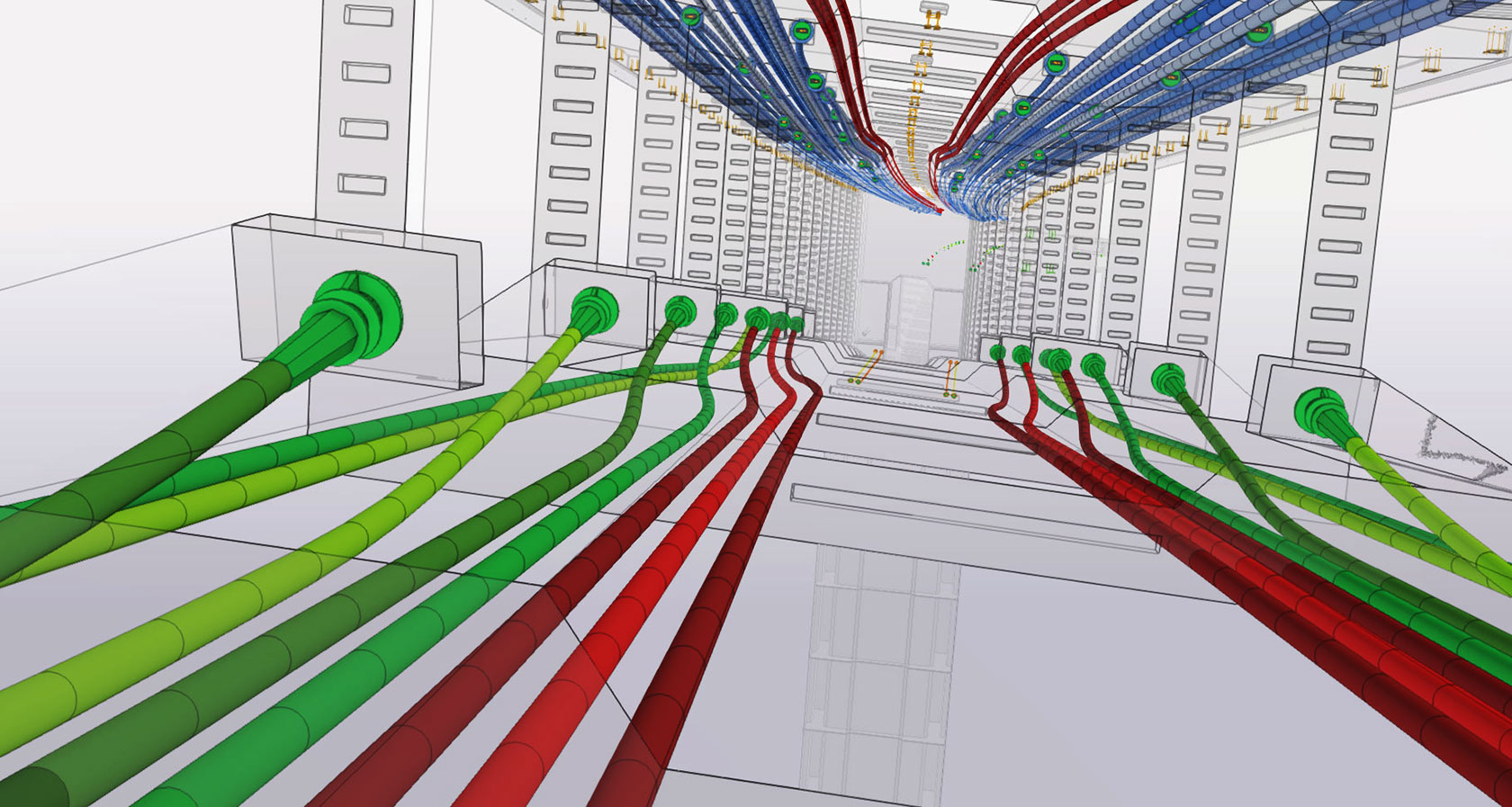 It was, in fact, the project owner – the Norwegian Public Roads Administration – that had encouraged the adoption of a model-based approach for the bridge. In other projects, they had seen a significant reduction in change requests when BIM models were used. Since starting to accept such model-based projects in 2016, the Norwegian authority has worked closely with various industry players to assist in a smooth transition to BIM-only construction. Thanks to this, Norway is now the world leader in drawing-free projects, with Finland a close second.

Each on-site crew at Randselva is equipped with tablets for accessing the BIM model on the go, or they can view it on larger computer screens housed inside portable shipping containers. With the online collaboration platform Trimble Connect, the on-site team can communicate with the 3D modellers and other stakeholders whenever something needs to be discussed. To ensure that 3D knowledge is shared among everyone, on-site crew members with computer skills are teamed up with those used to working in the more traditional drawing-based way.

The Randselva design team has been taking their work another step further into the future with the use of the augmented-reality system Trimble SiteVision. This enables the team to place a virtual version of the next building sequence on top of what has already been done. At Randselva, the VR technology is being used to plan and install pipes and reinforcement, as well as to control scaffolding and pile positions.