The steel elements for a new control tower at Tajikistan’s main airport were constructed in France and transported 7,200 kilometers to the country’s capital. Tekla structural 3D modeling software helped the team with the precision they needed.

Dushanbe International Airport is Tajikistan’s window to the wider world.

Located on the east side of the country’s capital, the airport offers direct flights to the largest cities in Central Asia and Russia, as well as to Delhi, Dubai, Frankfurt and Istanbul. These air links are critical to Tajikistan, a landlocked country with mountains covering 93% of its surface.

With many of the country’s nine million citizens traveling abroad to work, the Tajik government has invested in several projects to develop air travel via Dushanbe International. A new terminal with the capacity to handle 1.5 million passengers annually was opened in 2014, and the new control tower was completed in early 2019. Project is a winner of the French Tekla BIM Awards 2020 Infra category. 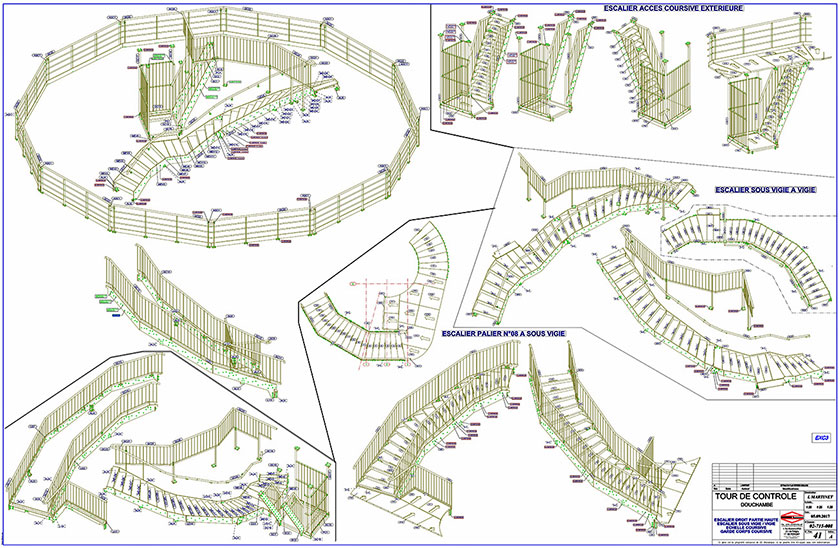 The 47-meter-high tower was constructed by a collection of French companies. One of these is Tekla customer DL Atlantique, responsible for designing and manufacturing the steel elements of the tower, its challenging helical staircase, and an adjoining 18-meter-long control bridge. The Périgny-based company was also responsible for the floors, rooftops and gratings.

“With the installation taking place so far from the manufacturing site, accuracy was everything,” says DL Atlantique work supervisor Laurent Martinet. “We wanted as much foresight as possible in order to rule out any challenges on-site in Tajikistan.”

Using 3D to stay on track

The company’s design team has been using Tekla Structures since 2005 for modeling, drafting and tracing parts for fabrication. For the Tajikistan project, the team also used Tekla BIMsight to help with mapping the phases of the installation to the 28-day delivery window. On-site crane time was limited and all installation equipment had to be rented, so careful planning was critical.

“Full quality control was performed during fabrication, with a second control after galvanizing and before loading. We did not want a situation where we would have to re-galvanize due to shipping wear and tear,” says Martinet. 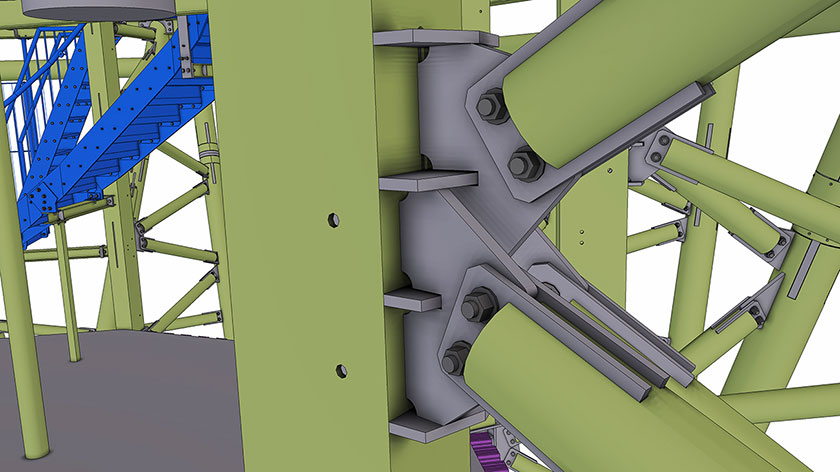 The design team used Tekla software to track and trace each element from production to shipping. Location and assembly plans were mapped to the elements on each truck, with the on-site team sending photos back to France each day to keep everyone in the loop.

In designing the steelwork, DL Atlantique also needed to consider considerable variations in temperature. Regulations required the structure to be designed to withstand fire at the foot of the tower, while night and day temperature differences of up to 40 degrees Celsius also needed to be taken into consideration.