Since mid 2007, Perth-based Cardno Buckland has used Tekla Structures BIM (Building Information Modeling) software as the design and concept tool in several engineering projects. Tekla Structures enables them, for example, to clash check designs with equipment and check structure access. The company chose 3D modeling as a way of working to support Australian mining and commercial industries in moving towards BIM and 3D models as final delivery.

All projects great and small, steel and concrete

“We’ve used Tekla Structures software in approximately 15 projects since mid 2007,” says Daniel Hadfield, chief drafter at Cardno Buckland in Perth. “These include both small projects, which were modifications to existing structures, as well as large commercial projects, such as a shopping center where we combined concrete and steelwork into one 3D model.”

Industry transition to BIM and interoperability

“The main reason we chose to move to 3D modeling was to enable us to clash check designs with equipment and also to check structure access,” says Daniel. “We decided to use 3D models because the mining and commercial industries in Western Australia are moving towards BIM and 3D models as final delivery.”

“At the time we decided to go 3D, the three main choices for software were Tekla, StruCad and Prosteel. Tekla was the only one to offer a solution for structural engineering that enabled us a full range of modeling capabilities at a lower price. Using Tekla also ensured compatibility with their steel detailing configuration and other steel detailing software.”

“I estimate that by using Tekla we save approximately 20% of the drafting budget in our projects,” says Daniel. “This varies with the level of experience the drafters have using the software, and also with structural design. At best we have saved 20%, at worst we’ve broken even.”

“Since starting to use Tekla, our productivity has increased by up to 20%. Efficiency and accuracy are up approximately 50%,” Daniel estimates. “Accuracy is the biggest improvement in that we now pick up on design errors and clashes earlier, saving time and money down the track. The biggest sign of this increase is in the number of requests for information we receive on projects, which is down by a factor of 10.”

“One of our projects was a semi-mobile crushing plant study. Its biggest challenge was designing a stable structure that could be split into transportable modules while remaining accessible,” explains Daniel.

“Being able to accurately model equipment within the structure enabled us to maintain the access requirements. We were also able to design inside the transportation limitations by creating models showing the modules in the transport configuration. Having a 3D model enabled us to provide isometric views and images of the structure enabling our client to better express the modular concept of the design.”

“The challenge with Calibre Primary Crusher structure was to design a structure incorporating a large ROM bin and crusher, and make as much of it as possible from welded modules to minimize site assembly. The bin was a very odd shape, and using Tekla made it easier to lay out the plate work. Being able to deliver a 3D model of the bin ensured that the detailers got the geometry correct. We were able to divide the structure up into phases according to assembly which made it much easier to coordinate the assembly and communicate the data. Final delivery was a 3D model, so the process was sped up because the detailers didn’t have to interpret 2D drawings.”

“With Iluka Murray Basin Stage 2, we provided a modeling and drafting service to our client, Clough, who needed drafting resources, but we were also able to input the design into PDS software for the overall plant model. The design was modular, so we used the phases in Tekla to split the structure into modules. The Tekla model was also able to be exported to .dgn for import into PDS. The project involved a lot of equipment and piping, and Tekla was invaluable in being able to pick up clashes during the design process,” says Daniel.

“I would describe our project successes both in project delivery and in supporting BIM,” Daniel concludes. “We have carried out diverse projects with diverse categories of success. Ultimately, all of our projects have been successful in project delivery, whether it was delivering ahead of schedule, under budget, or with a better quality result in terms of fewer clashes and fewer queries from detailing and construction.”

“Our more recent projects have supported the BIM way of working by being able to communicate the entire design in the model, which is not always easy to communicate via 2D drawings. The other major benefit we have with 3D modeling is in communication. We have better results communicating internally and also with clients from using a 3D model, be it as a Tekla Web Viewer model, 3D PDF, or just a model dump into AutoCAD or Microstation. Concepts are much easier to explain using a 3D picture than by 2D projections. We are now able to use the 3D models/pictures in marketing our services as we don’t always have access to the final product to obtain photos. We also use Tekla for material take offs in Feasibility Studies.” 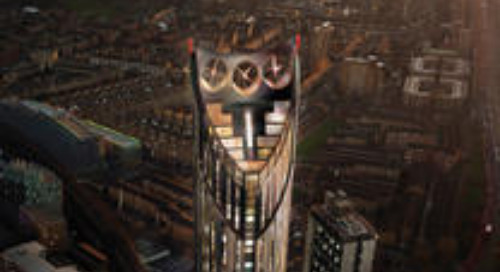 The ability to view complicated issues in 3D at a moment’s notice is an extremely useful tool. 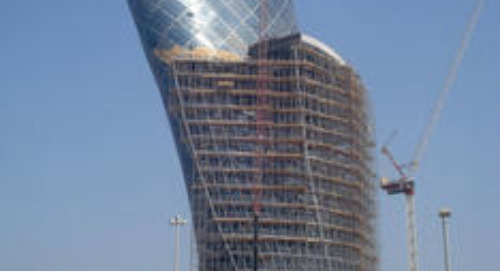 The 3D coordinates for each diagrid component of the Capital Gate tower were calculated using Tekla Structu...