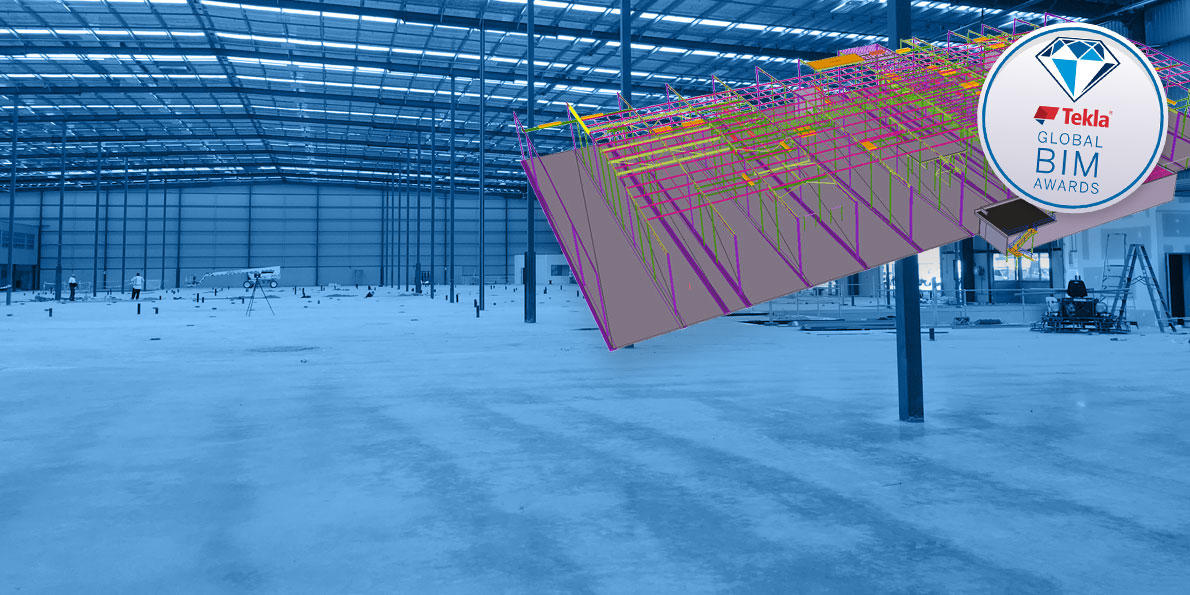 The project scope for CSD Group Australia Pty Ltd (CSD Group) was to retrofit a 10,760m2 existing warehouse to host a food processing and packaging plant for Jewel Fine Foods. Maybe best known as the caterer of the Sydney Summer Olympic Games in 2000, Jewel Fine Foods has gone through significant growth since arriving from India via New Zealand into Australia in 1997. In 15 years, its personnel has grown tenfold. The company now delivers prepackaged meals to supermarkets throughout Australia, supplying major grocery chains such as Coles and Woolworths, as well as airlines, which require AQIS standards.

In 2015, 15 million ready meals hit supermarket shelves across the country. With the new food processing facility in Banksmeadow, Sydney, the growth could be further facilitated.

Completed in 2017, the highly complex facility fitout included new cool rooms, cooking areas, production lines, high and low care facility areas, upgrades to infrastructure including two new kiosk substations with lead in cabling and new gas main. The high-level services, refrigeration and steam plant were hung from the roof or raised on gantries. The roof was reinforced to take the weight of the equipment, some weighing more than eight tonnes.

"The 3D scan made sure we were able to complete the project accurately and without clashes."
Michael Williams, Managing Director, CSD Group 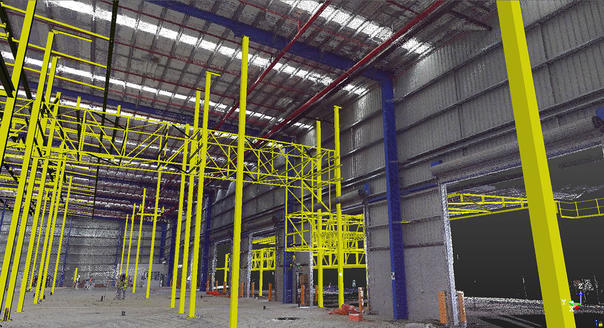 “The initial 3D scanning showed that the cambers had not been added during the original construction of the building, causing some rafters to sag over 110 mm in the middle and bow in the horizontal axis by up to 35 mm", said Michael Williams, the managing director of CSD Group. Additional steelwork was immediately supplied to rectify the structural rafters. After that, a correction check survey was done to ensure the building moved as intended. 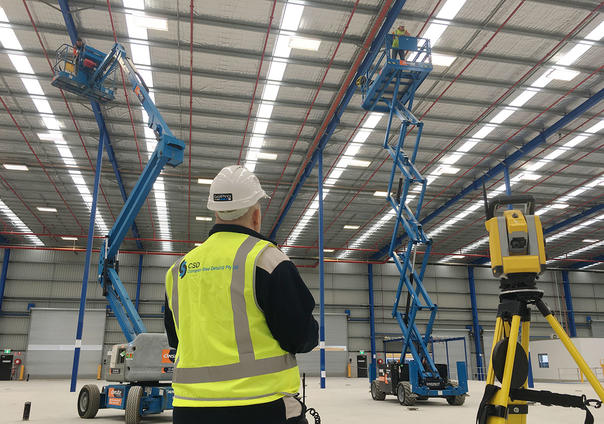 The 3D scan made sure CSD Group was able to complete the project accurately and without clashes. Using the scan, the additional steelwork was modeled using macros and details with pre-positioned layout points to connect the existing steelwork and concrete. “All steel lengths between existing rafters were bespoke, as no allowance for slotted holes was allowed to the hanging equipment frames. In addition, the rafter corrections did not allow for the rectification of the horizontal bowing of steelwork,” said Mr. Williams. 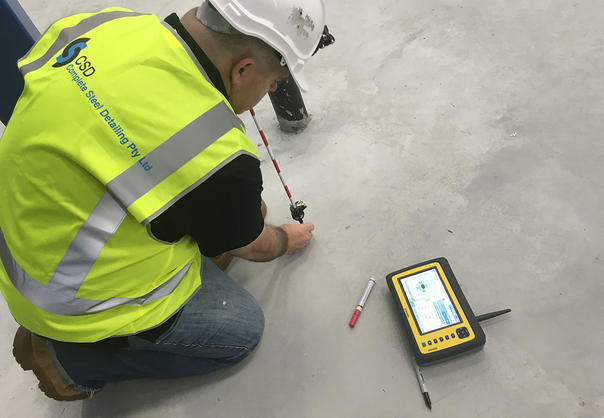 Upon positional sign-off, while the 2D drawings were starting to be processed, a team of two spent two days on site with an RTS unit. They laid out over 460 chemset locations for the column baseplates and 1,056 bolt locations to the existing 13-meter-high steel rafters. 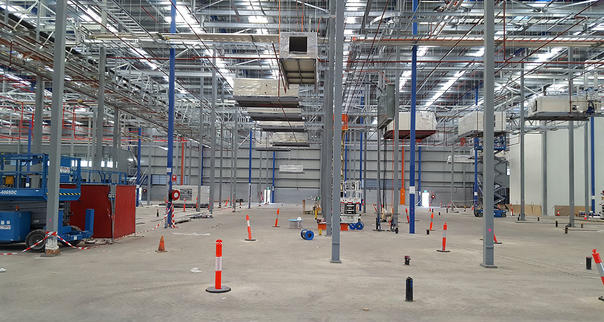 Once the steelwork arrived on site, all 3,419 new assemblies fit to the 1,520 site marked holes with millimeter precision and required no site alterations.