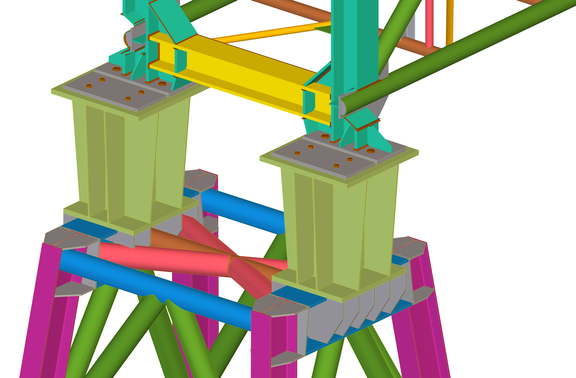 Telge Projects was associated in the development of a conveyor system of Coal Transportation System Project (CTS) of Maharashtra State Power Generation Company Ltd, Nagpur. The conveyor system of CTS would run 9.5 Kilometers from Gondegaon Mine in Koardi to  Khaparkheda Thermal Power Station, and would have 90 Galleries each spanning approximately 10 meters. The structure would weigh a whopping 600 to 700 Million tons.

The foremost challenges of this project were developing the curved galleries including minor curve changes in each gallery and adhering with the closed deadlines. The minor curve changes in each galleries warranted highly precise observation, co-ordination and attention for zero error fabrication drawing. Adding to that the client had pressed to complete the fabrication within 5 months. Eventually, Telge had only 2-3 months to complete this demanding task of producing all the working fabrication drawings.

Mr. Kamble recalls this project as the most gruelling assignment as they had to deliver such extensive and huge project within extremely short time.

The client resorted to Auto-CAD for executing the detailing part which required a huge team for implementation. Considering the limited resource of 1 modeller and 2 draftsmen it posed a serious challenge to the project progress. Telge Projects had recommended employing Tekla as the software partner.

"We had only 2-3 months to complete this demanding task of producing all the working fabrication drawings. The client resorted to Auto-CAD for executing the detailing part which required a huge team for implementation. Considering the limited resource of 1 modeller and 2 drafters it posed a serious challenge to the project progress and that’s when we had recommended employing Tekla as the software partner." 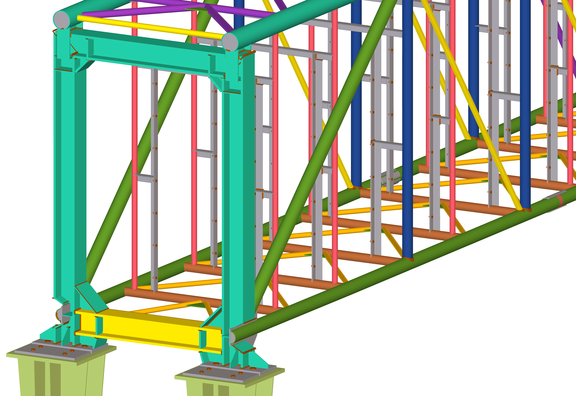 Telge Projects chose Tekla as an enabling partner for this arduous project because there were many similar structures with minor changes in each galleries. Tekla made it possible to make certain customizations and standardizations in components which had been used repetitively thus reducing the time of remodelling everything time and again.

It was necessary for the team to work simultaneously on different parts which was made possible using Tekla. It resulted in better co-ordination and seamless communication among the team members for quicker output. Tekla enabled an obstruction free and smooth co-ordination and real time inputs from different stakeholders of the project.

Tekla also facilitated Telge Projects with early detection of clashes which the company used to coordinate with the client which enabled quicker finalisation of fabrication drawing.

The automated reports from Tekla saved manpower by eliminating the requirement of almost 5 to 6 people for tracking the project, taking the reports of material take offs, etc. Besides, the automated reports generated using Tekla were highly accurate as the errors due to manual calculations could be minimised.

The otherwise intriguing exercise of placing the top and the bottom chords having curvature in both the directions of the main beam and modelling all the welded connections were made easy by Tekla Structures. The custom components and parametric component feature helped to enhance the look of the structures.

Besides, these custom components and parametric components of Tekla were used in the Adler frames and in the end portal frames. The connections in these areas were very complex and were modelled easily using Tekla. The best part was that the parametric components could be made and used repeatedly wherever required. Another advantage was drawing cloning. This job had 90 numbers of galleries and 30 to 35 numbers of trestles which were modelled and detailed using drawing cloning. Drawing cloning also saved effort and time invested in this job.