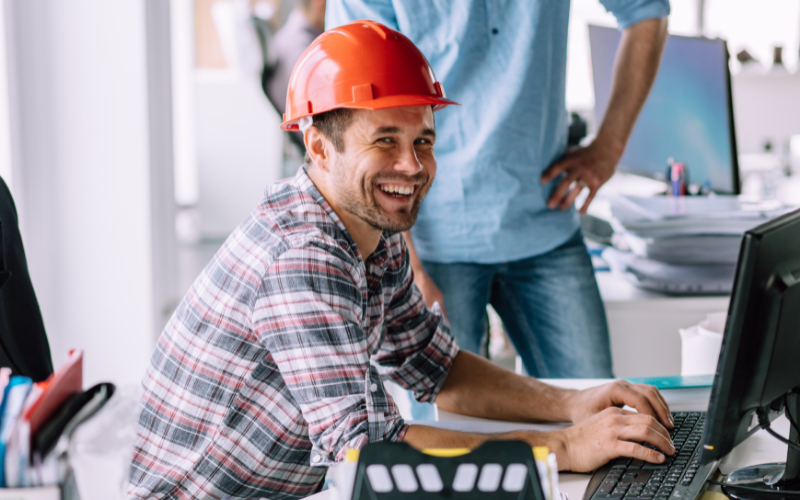 It's estimated that 9% of a total construction project's cost disappears to rework and waste, so anything an organization can do to cut that down goes straight to bolstering the bottom line. This is why many construction companies turn to repeatable, standardized practices. Project Engineer Douglas Francavilla of Wayne Brothers Companies in Charlotte, North Carolina, argues that there's even more going on when a company and its partners can standardize: An often unspoken but hugely beneficial boost to employee morale. In an industry that struggles with burnout and mental health issues at higher rates than the average, this is a topic that the construction industry cannot ignore.

Here are six benefits of process standardization in construction:

1. Encourages collaboration between the office and the field

When we broached the topic of top-down process leadership, Francavilla pointed out, “Leadership obviously has the power to say what needs to be done and to enforce a process. But, the workers that are out there in the field every day will see things differently — a better or faster way to get something done. So, you have these two points of view that don’t always agree. And usually, the best process is somewhere in the middle.”

It makes good sense to collaborate in developing standardized processes because you want to consider both of those points of view. While the easiest and fastest way in the field may also be the costliest, there’s likely a way to get to the same level of speed and ease but cost-effectively. You’re only going to identify it by working together.

2. Reduces the cost of egos

To say the construction trades attract strong personalities is an understatement. In many cases, how a job gets done can come down to who talks the loudest or argues the longest. That’s not how you save money and keep improving.

Of course, that doesn’t always mean change is easy. According to Francavilla, overcoming egos and getting people to try a new method is “probably the biggest hurdle because we can argue that what they've done has worked for them countless times.” So, soft skills and effective change management are required.

Everyone wants to do a good job and improve their skills and self-confidence. But, when everyone on a job site is doing the job a little differently, how can anyone’s activity be effectively measured and evaluated? Only standardized processes allow for that.

“So standardizing can definitely reduce the stress and the frustration levels guys feel while also increasing the confidence and the skill level of those individuals,” Francavilla said, “and then, once that confidence and skill level has been developed, they're able to go to another person and either teach them or to a different project and spread it there.”

Moving between projects and working with different people is just part of the job for most construction professionals. Even on the same job site, there may be several different forepersons, each with their own way of doing things. Learning the 'right way' to do something over and over again can be both frustrating and demoralizing. But, with standard processes, even that common frustration is reduced.

Francavilla noted, “If you are switching from one project to the other, then there's no backpedaling and relearning, you can just jump right into the thick of things with another crew that you haven't worked with ever before in their life, but we're all on the same exact page because we all know how this one system is supposed to work.”

5. Lessens the physical toll on the body

Repetitive motions like swinging a hammer or lifting a pipe are among the most common causes of nagging injuries and chronic pain for construction workers. Interestingly, even the simplest of processes can be improved through standardization, and it can even have an impact on your team’s health.

“Let’s say you normally had to hammer eight nails into a board,” Francavilla said, “Well, what if an improved process only requires three or four nails? Well, over the course of the day, you're not hammering as much, so your arm's not as fatigued by the end of the day or the end of the week. When you're working 10-hour days, five or six days a week, that can definitely add up. You don't need to recover as long, so by the end of the week, you're not totally beat down. You're still fresh."

6. Supports optimal use of technology

While construction technology can, itself, be a catalyst for process improvement and creating efficiencies, its impact can be limited without at least some basic process standardization having already been adopted.

Once standard processes are in place, however, it allows for exciting technologies to be used in the office and in the field for a host of purposes. It's how Wayne Brothers Companies' robust Virtual Design & Construction group is able to create 3D and 4D models that incorporate coordination and standards in field planning before the team even gets to the project site.

Another great example is the use of mixed reality (MR) or augmented reality (AR) to visualize 3D models overlaid in real-world environments. This is an incredible opportunity to streamline design collaboration, quickly resolve conflicts, and avoid rework. But, it’s only possible if the planning and building processes are sufficiently aligned.

Discover why constructability is the key to transforming global construction

** This article was originally created by Rachel Jones for https://constructible.trimble.com