The challenge and its BIM solution

While building the Digital Arts Facility at the University of California Santa Cruz, the challenge for DPR Construction was to rapidly generate concrete formwork layout options adapting to the site and the building. Tekla provided the technology to create adaptive formwork components which could generate the formwork layout for different shapes and sizes of walls with varying details in different physical settings. DPR created custom components in Tekla Structures that adjusted to the shape and size of the wall and automatically generated a formwork layout.

Capturing knowledge from the field

Accurate quantities from the model helped in verification of estimated quantities and concrete pour optimization. One of the biggest time savers was 3D visualization of complicated areas instead of trying to visualize it from 2D plans. This ability saved on guesswork and rework.

In addition, considerations for erecting the formwork in complex areas like the bottom of beams, around steel columns and wall openings, at wall transitions, were incorporated into each of the components. These components are now being used on other concrete projects in the company resulting in knowledge transfer and increased efficiency across projects; which has always been a challenge in the construction industry.

Like other BIM activities using Tekla Structures, formwork layout automation saved the field crew considerable time by eliminating the need to layout formwork for every wall in the building manually. The layout drawings were then given as handouts to the foreman to erect the formwork in the field.

Formwork layout has traditionally been a 2D process, field situations are often overlooked, inadequately accounted for, resulting in stripping and redoing of the formwork. By generating the formwork in 3D, complex issues and project specific issues were easily identified and preempted at an early stage. As a result, there was no rework related to formwork erection on this project.

With Tekla formwork modelling we were able to rapidly try out various formwork options enabling us to choose the arrangement that worked best with regards to cost and constructibility. It also helped us reuse the same formwork material most efficiently in the next portion of our work.

Furthermore, the Tekla Structures model helped the superintendent to manage material and pour size definition. The model was useful in identifying the panels that could be reused between pours resulting in cost savings. Formwork panels were prefabricated on-site based on the Tekla Structures model. Quick generation of formwork arrangement helped the team run through multiple scenarios of how to arrange the panels so that minimum material and field cuts were required.

Tekla Corporation is pleased to see DPR take Tekla Structures into use to solve problems and add efficiency, says Andy Dickey, Business Manager of Tekla North America’s Contractor group. It’s interesting to see how Tekla Structures has been used in this case to increase both ‘office’ and ‘field’ efficiency. In the case of the office, formwork layout and drawings have been automated thereby creating efficiency and cost savings. In addition, they have freed time to look at more efficient ways of installing their formwork, creating increased value in the field as well. These are the real problems facing the industry and it’s great to see an innovator like DPR solving them.

Watch our FREE webinar: Formwork Planning & Constructible BIM, the solution and how it works. 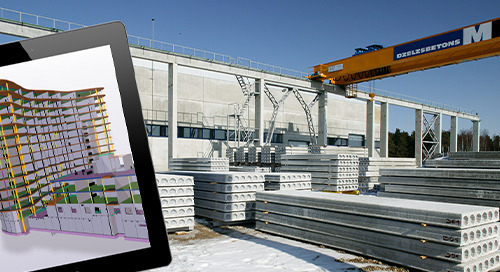 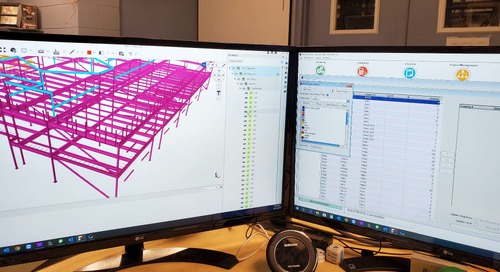 With the fabrication process streamlined and efficient, Bennett Steel turned its attention to increasing ef... 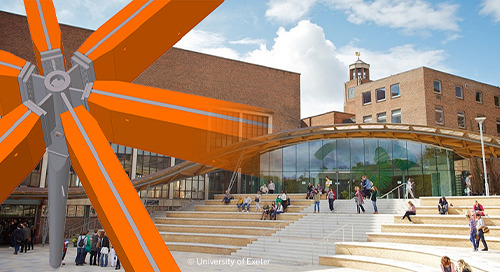 The roof of the forum, including timber elements, were modelled in Tekla and all details and general arrangement drawings were produced directly from the model.