The project's scope of work involves the expansion of the Dubai Mall Zabeel located in Downtown Dubai, Dubai. It will increase the footprint of the mall by 40% by connecting the two structures with a number of bridges, the largest being the link-bridge which is 200 meters long 50 meters wide bridge that will cross the financial center road elevated multilane highways at a high level (level 6). The retail link bridges connect the mall with Doha Road/Financial Centre Road and are part of Dubai Mall’s Zabeel expansion.

The Project is Completion date is December 2019.

Galadari Engineering is responsible for Design, Detailing, Fabrication, and Erection of Link Bridge which is connecting the existing Dubai mall building with new car park building across the road. The Bridge was divided into two parts  1. RTA SIDE PART 2. DUBAI MALL SIDE PART.

The most challenging job was the launching of the bridge after its part by part assembly in 4 stages along with the launching nose.

The RTA side Bridge 135m long was divided into 4 stages of 41m+25.5+42.5 & 26m of length respectively From Stage 1 - 4. After assembly of Stage 1 on a temporary platform, stage 1 was launched along with the launching nose with the help of pulling hydraulic jacks. After Stage 1 launching, Stage 2 25.5m long structure was erected part by part and welding was completed at joints. After Stage 2 completion it was launched again to arrest the bridge on Grid P. After Second launching the Stage 3 structure was erected part by part with final welding till the next launching. After the third launching, the stage 4 structure was fixed part by part and completed with welding and painting and then it was launched.

At each stage, the bridge alignment was an important part since the span was 135m. the RTA side was arrested on 4 piers and different locations. After the final launching, the permanent bearing under the bridge at 8 locations 2 at each pier was installed with the help of hydraulic jacks.

Using Tekla to design a bridge whose best part was that it was getting assembled at a distance of 200meters from its actual position and then the launching with the help of pulling jacks. Tekla helped us a lot to achieve our requirements.

Galadari Engineering Works (GEW) is an allied venture of Galadari Brothers Group, one of the renowned business conglomerates in U.A.E. With over 5 decades of excellence in service in UAE, Galadari Engineering Works has played its part in meeting the needs of the economic and industrial development of UAE. And is the first company in the U.A.E. to implement the QA program as per ISO 9001 with the certification of M/s Germanischr Lloyd’s since January 1993.

The Company has the required capability to undertake large scale construction works. GEW takes pride in its noteworthy contribution towards the construction of modern Dubai that includes the world-famous luxury hotel resort - Atlantis, The Palm, The Presidential Palace, and The Dubai Tram.

Accredited with ISO 9001 since 1993, GEW’s various quality control and procedural systems are streamlined and conform to the stringent quality requirements laid down by the ISO towards meeting the statutory requirements of various Governmental organizations in UAE.

GEW professionals possess the required competency in the field of structural steelwork. 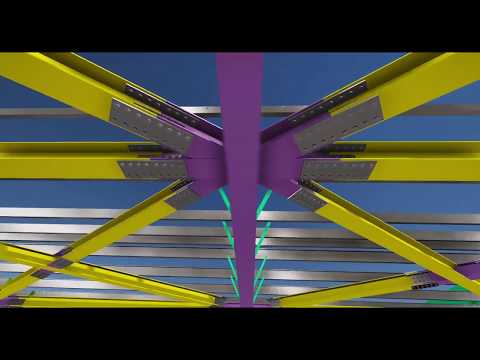