Colorado-based LPR Construction is a leader in using modern BIM technology for erection planning and field operations. Having used 3D tools for more than a decade, LPR says Tekla models are essential to its success.

LPR’s pre-construction engineers say the best overall results are achieved when an erector is brought into a construction project early on. But they say this is not always the case.

“Sometimes they bring us in a year before the erection starts, but other times it’s three days after the steel has been delivered to the site,” they say. “It's really nice to get on board early so you have time to review all the possibilities. The earlier we can be onboard, the more we can influence the project.”

The main things LPR’s customers value are timeliness, safety and quality. Prioritizing these can translate into cost savings too.

"The better you can plan and execute the work, the safer you are.”

“Sometimes we send the fabricator a suggestion on how a certain connection could be done so that it helps our erection planning. This may not cost the fabricator anything extra, but it can help to make the installation safer and can save time or money in the erection phase.”

“If we are brought onboard late in the project, all the detailing is most probably already done, and the steel might already be in the shop. At that time, we can't do anything about the connections or splice locations anymore,” the engineers say.

The preconstruction team at LPR comprises four engineers, two scheduler/planners and one surveying manager. Their primary task is to develop the plans to erect structural steel. Although the team works mainly in an operational planning capacity, they also get involved with sales and estimating upfront – especially when they are bidding on more complex projects. 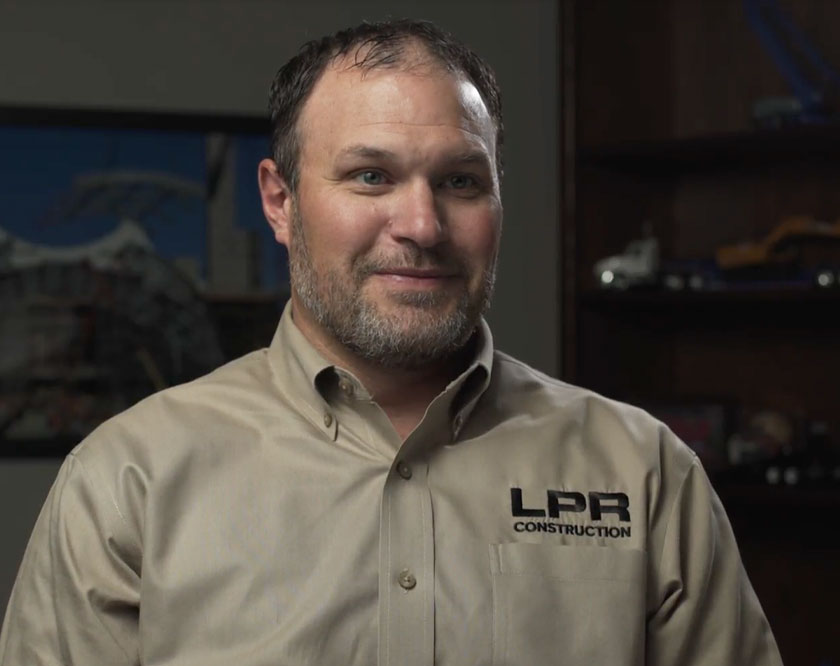 “Complexity is not only in the structure itself, it can also be caused by the schedule,” says Peter Radice, LPR’s Chief Operations Officer. “When we use Tekla, we're not pricing unknowns. We go into a project with a plan and we use Tekla to make sure that the plan is correct in every aspect – from pricing, to crane sizing to any safety logistics we need to think about.”

“When we estimate a job, it protects us - to be able to look at it in 3D and see what we're going to be up against,” he says. “In the bid phase, we are able to pull the Tekla model open and look at it with an owner and understand: Where are the holes? What is drawn? What's missing? What assumptions do you want us to make?”

“Should every erector be using Tekla? The answer is absolutely yes!”

LPR is committed to making sure that everybody on site understands the bigger picture as what is being constructed. To this end, the company teaches everyone in its apprentice classes how to work with 3D models.

“You need to learn how to look at a building and see how it ties back to all the parts and pieces within the 3D model,” says Radice. 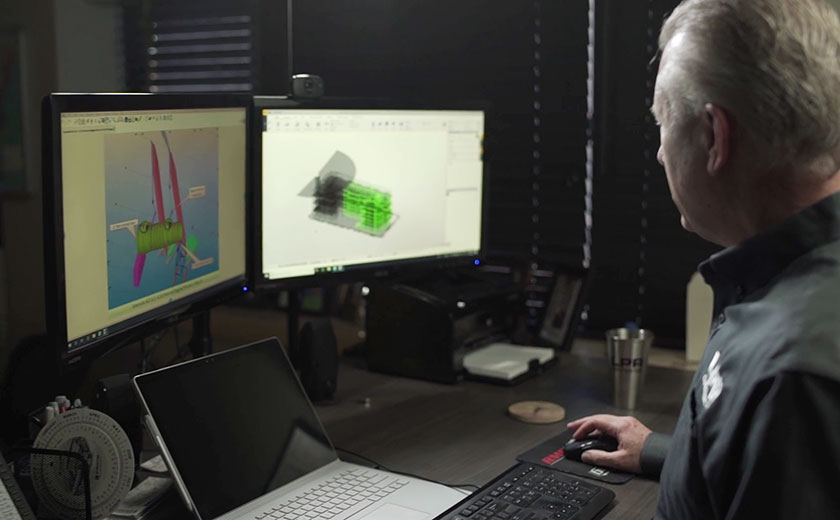 “If you walk onto one of our job sites, you’ll see a 65-inch TV in every trailer with the model on it,” he says. “Everyone is able to look at it and understand where we’re starting at the beginning of the day and what things are going to look like by the end of the day.”

“This also helps us to identify safety hazards or any other issues we may run into. We can spot these issues in 3D on a screen instead of later out in the field,” says Radice.

Radice explains that while some people may initially be resistant to the shift to 3D, they quickly come around to seeing the benefits.

“A lot of people who have been in the industry for a long time love using 2D drawings and have said they are never going to use Tekla,” he says. “But we've seen that shift to where they're now saying they don’t need the drawings on site and just want to be able to see it in the model to understand what's happening.” 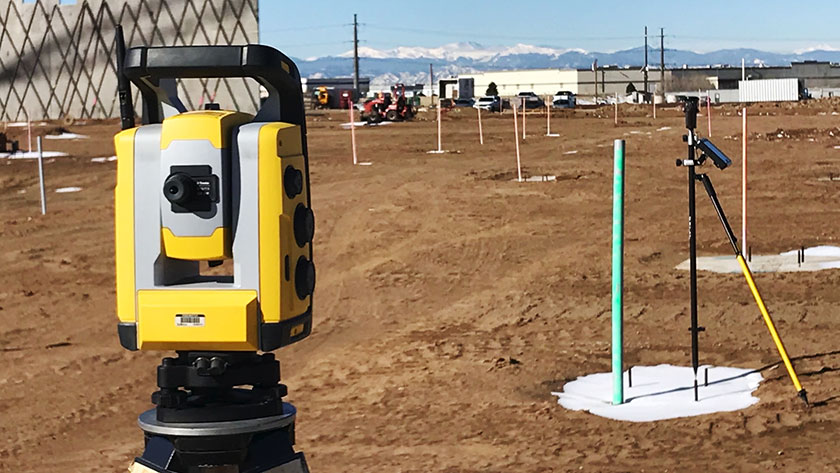 From hundreds of written pages to one 3D model

As part of its planning work, LPR Construction must frequently model in elements from the existing environment or other trades: telephone poles, power lines, underground water and sanitary lines, adjacent buildings, crane movement areas, concrete work, and so on. With this many variables, 3D models are key to the planning process.

“We have to make sure we're not going to swing a steel load into an electrical line or hit another structure,” the LPR engineers say. “If the information on the placement of the variables we need to consider is buried in a written narrative someplace, it could get missed.”

“The ability we have with Tekla is to virtually construct the job on the computer screen and then take screenshots. This reduces the number of words that we need to put into our erection plans. Visual 3D pictures really are worth a thousand words,” they say.

“Should every erector be using Tekla? The answer is absolutely yes!”

LPR plans layout areas not only for the most efficient crane placement, but also to make sure they don’t obstruct their own or other trades’ work on site. Greater efficiency on site means time and money savings for all the different teams involved. It translates into safety too: LPR’s total recordable incident rates are the lowest in the United States.

“Say we're lifting a 200,000 pound truss and it has 150 bolts on each end. Not all these bolts need to be fastened right away to secure the structure and let go of the crane, but the critically needed bolts are highlighted in the screenshot and the raising gang gets it just like that.”

“We have all this illustrated in the plan as a series of Tekla screenshots, so everybody knows exactly what to do. It makes it safe, but it also makes it productive.”

“We're talking about virtual construction: we can figure out several different ways to build the project virtually - and then pick the best method. You can't do that in the field.”

The engineering team says that using models from other software developers requires a lot more verification work. But the Tekla model contains accurate information on the weight and center of gravity of each piece and assembly.

“When you're looking at PDF drawings, you have to go and dig up the details. But when we are working in the Tekla model, the information is rock solid and we can plow through our planning process a lot faster.”

“Back in the days before BIM, it took half a day to figure out the center of gravity of a truss if it had big plates and a complex shape. Using Tekla, it can be done in two seconds.”

Tekla model contains accurate information on the weight and center of gravity of each piece and assembly.

Sometimes LPR’s pre-construction department has a model provided to them, but often they just get pdf drawings. Working with Tekla, they can import the pdfs in the appropriate scale.

”Tekla Structures is phenomenal at being able to import whatever's out there. IFC files are obviously the best and we convert a lot of those to native Tekla objects if we can,” they say.

“We recently had a really cool project that came in Revit. It had some 500,000 pound modules we are building on the ground, so we converted it from Revit to Tekla Structures to get the weights for our crane lift planning.”

The ultimate sequencing and communication tool

“Tekla is the ultimate communication tool for us when we're trying to figure out how to build the project,” the pre-construction engineers at LPR say. “It communicates to us where things are, how heavy stuff is, where our cranes need to be, where they can't be, and all the sequencing information we need.”

LPR uses the information from the Tekla model for documentation the company sends to its iron workers, field superintendents, project managers, fabricators, customers or the general contractor.

“Tekla models help us to present customers with our final product in a much better visual manner. The owners are excited about seeing it because they can now visualize it. You can't get better than the 3D pictures.” 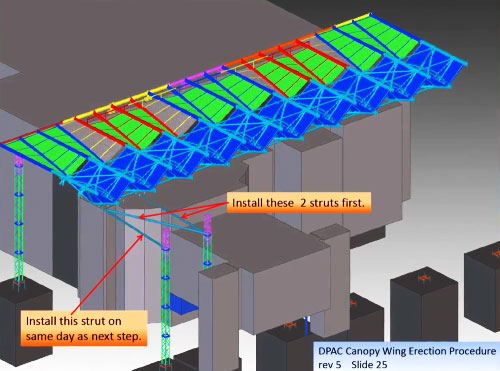 “Tekla is the ultimate communication tool for us when we're trying to figure out how to build the project.”

LPR uses Tekla’s many functionalities such as Virtual tour, the Task manager and the Organizer to help them work through the sequences on the job.

“Tekla has done a really good job with its native erector tools. We use the Crane Tool from Tekla Warehouse to help us with crane lift planning and erection time calculations.

“It's almost impossible to write down what crane you're going to have at what position for every lift you're going to do for the project. But the crane planner makes it automatic. You can just build it right into the Tekla model and it becomes a record for you,” they say.

“It's almost impossible to write down what crane you're going to have at what position for every lift you're going to do for the project. But the crane planner makes it automatic."

According to LPR engineers, a big part of the reason they originally chose Tekla was for its API (Application Programming Interface). LPR has built several different programs for crane planning and capacity, using the Tekla API to tie the programs back to its own in-house databases. The company has also built a sequencer tool with the API and customized its user-defined attributes within Tekla Structures.

“With Tekla’s application programming interface, you can program the software to do anything you want,” they say. “It’s been really helpful for us in developing our own in-house tools for how we plan this work.”

Sharing the model for efficiency

Employees or other project parties – including General Contractors, fabricators, and even owners – can be given access to their steel erection sequencing information via Trimble Connect.

“It's absolutely the future: more and more our project managers and site superintendents already are asking for 3D models,” says Radice.

”It's really cool! It’s a whole different level of communication. I'm excited about being able to push that information out to project managers.”

”It's really cool! It’s a whole different level of communication. I'm excited about being able to push that information out to project managers.” 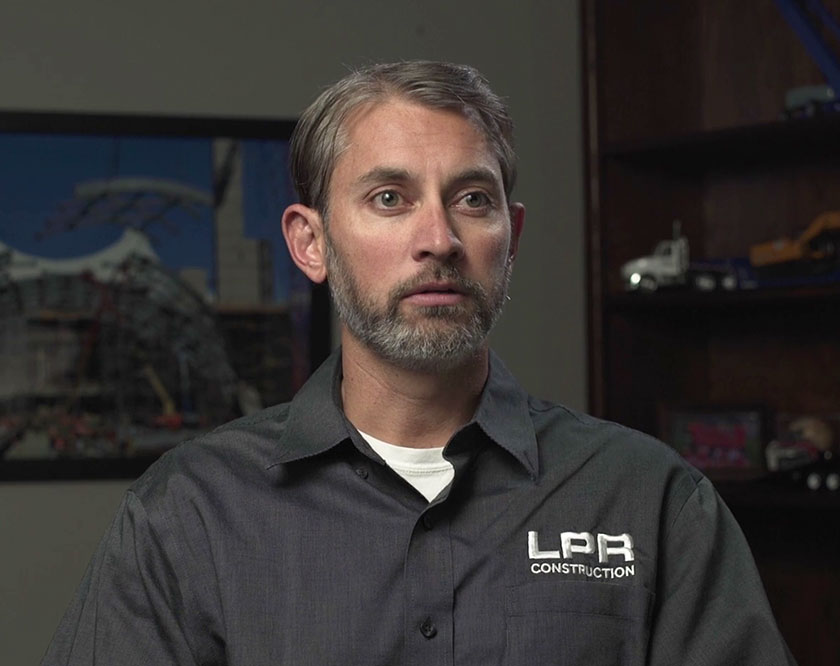 The surveyors at LPR Construction also use the same model.

“We can take an IFC of our Tekla model and integrate it into our surveying program, the Trimble Field Link,” says Zach Kimball, Surveying Manager at LPR Construction.

“When the model and all the components come into our surveying program, we can navigate the model and generate points on the fly in the field. It has really helped us become more efficient.”

“If we know ahead of time what points we want – like the anchor rods – we can generate those very quickly with the Point Creator tool in Tekla,” he says. 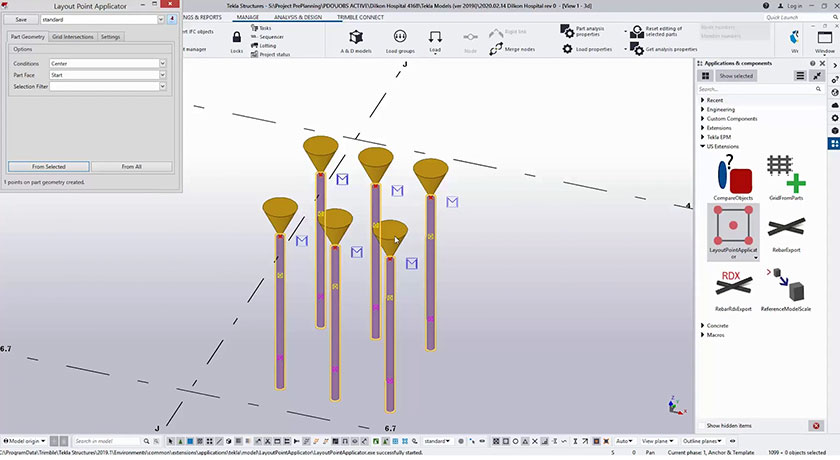 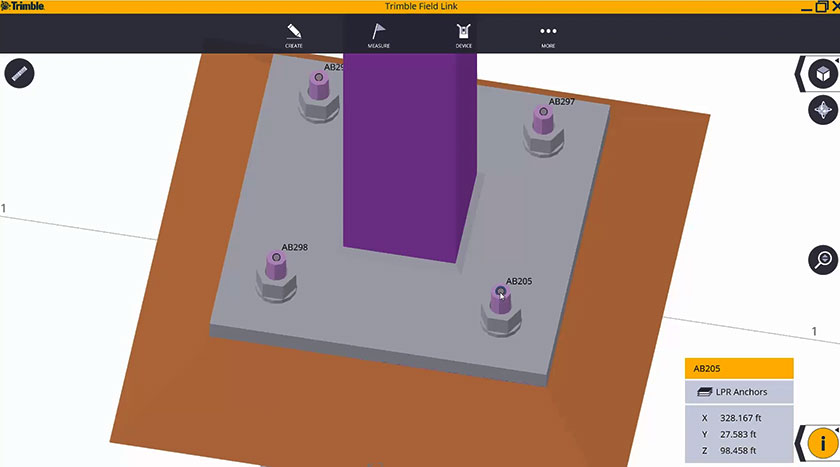 Kimball says this has brought massive time efficiencies out in the field.

“If we already have the model set up in the format that we're running in the field, the surveyor can create the point in a matter of minutes, whereas earlier we could be waiting days,” he says. “It costs money to wait, and time is money in this business. So that's what's been the big saver for us.”

Watch this video to learn more from Zach Kimball about how surveying and preconstruction utilize Trimble and Tekla at LPR Construction. 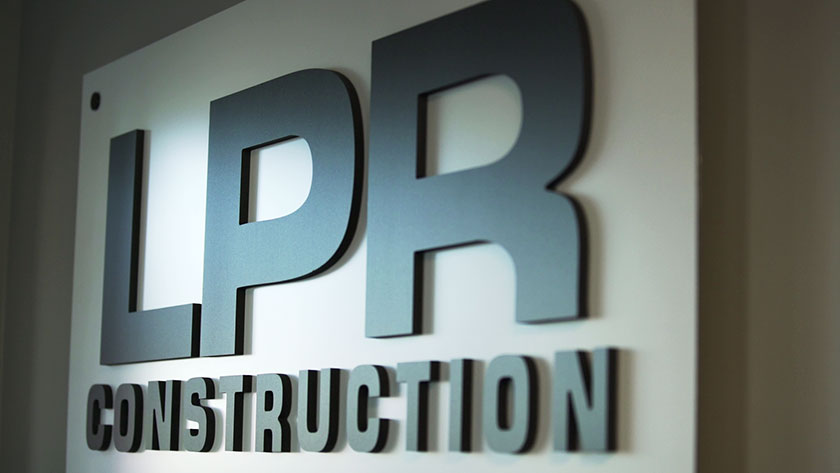