Student team from the Lambung Mangkurat University (ULM) in Banjarmasin, South Kalimantan, Indonesia won the student category of the 2020 Tekla Global BIM Awards with the Kalimantan New Mosque project. Their design for an iconic national mosque for the new capital of Indonesia features hypermodern architecture and a green design ethos while evoking the classical design elements of local Banjar and Dayak tribes.

To create this bold design, the students used a number of products from Tekla and across the Trimble portfolio. Team made the initial architectural design with SketchUp, and exported this conceptual design to Tekla Structures to create the structural model. Finally, a realistic visual representation of the project was created with Trimble Connect Visualizer. 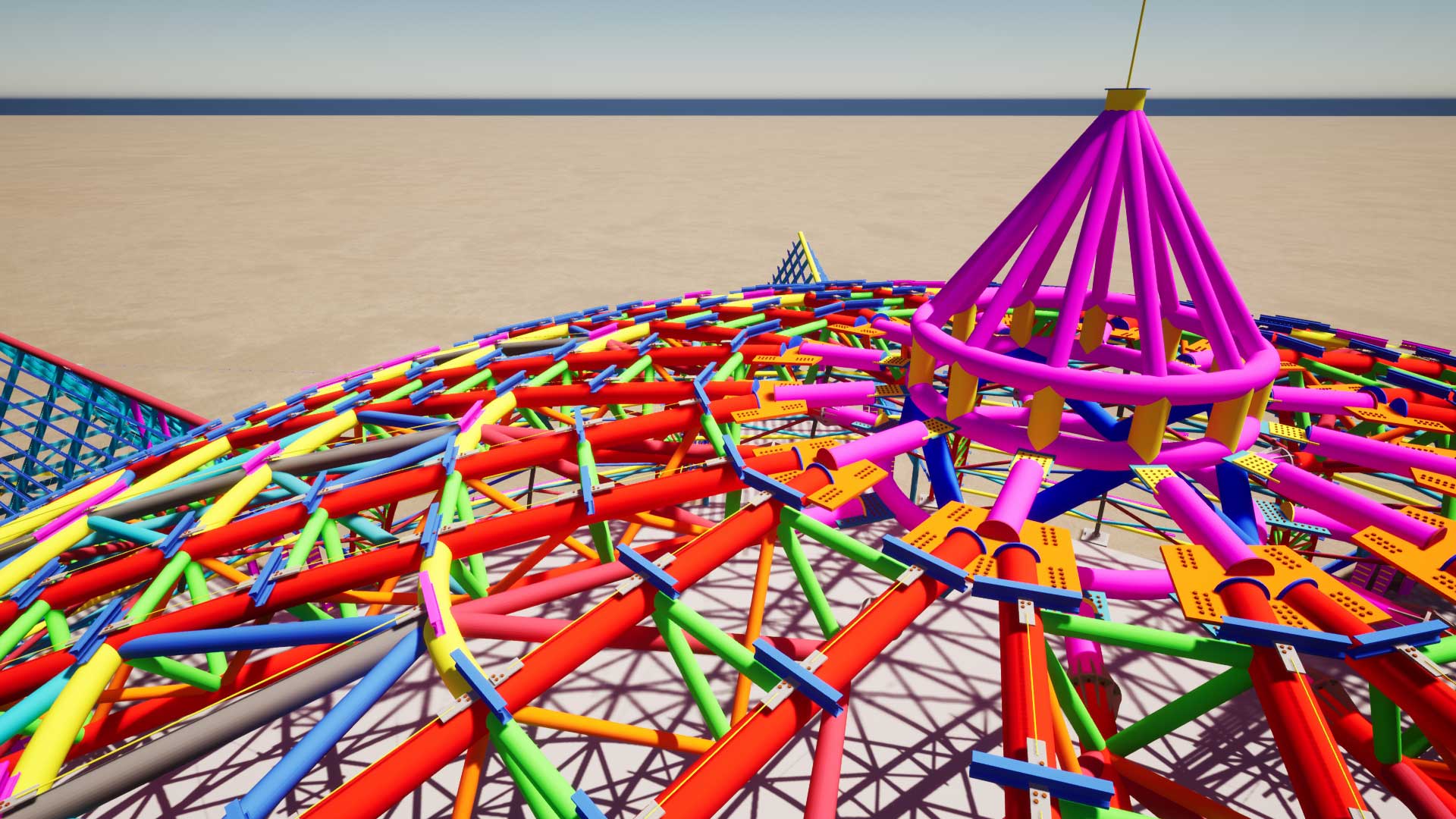 “The awards jury found the Kalimantan Baru project to be extremely well conceived and executed - especially for a student project,” said Aarni Heiskanen, Construction Innovation Agent at AEC Business. “Not only was it technically proficient in design, its blend of the modern and the traditional is truly inspiring - an impressive achievement for any architectural project.”

With a capacity of approximately 16,000 worshippers, the steel reinforced concrete main building structure covers roughly one hectare (about two and a half acres). Additionally, five halls extending from the main building and associated courtyards increase the total capacity to around 46,500 people.

The most striking visual element is the main building’s dome. By implementing a dome structure, the student team’s design eliminates columns in the center of the mosque building, creating uninterrupted sightlines while the low-emission glass roof allows for dramatic sky views as well as to minimize or even eliminate the need for artificial light within the building in accordance with the Indonesian government’s plan for green building design. 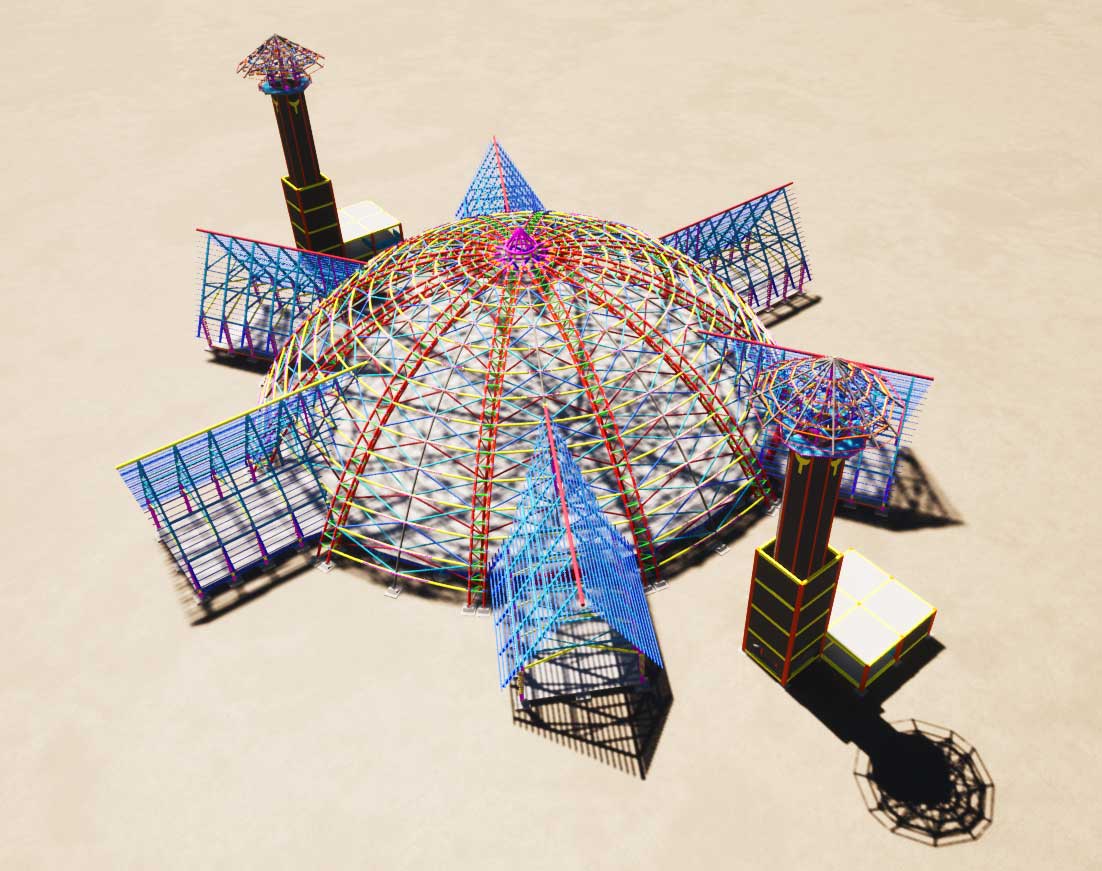 According to the student team from ULM, “For the mosque design, we have to look to the case of mosques all around the world or all the mosques in Indonesia. Generally, the large mosque needs more columns and poles for the long span. But, the existence of the columns or the poles could break up the shaff (rows) of the sholat Jama’ah (congregation).”  Team continued by explaining that “because the dome design doesn't need any columns or poles in the middle span, we thought this dome design was a great idea to figure out the problem of the mosque. And of course we adopt the local culture of Kalimantan, those are Dayak and Banjar.” 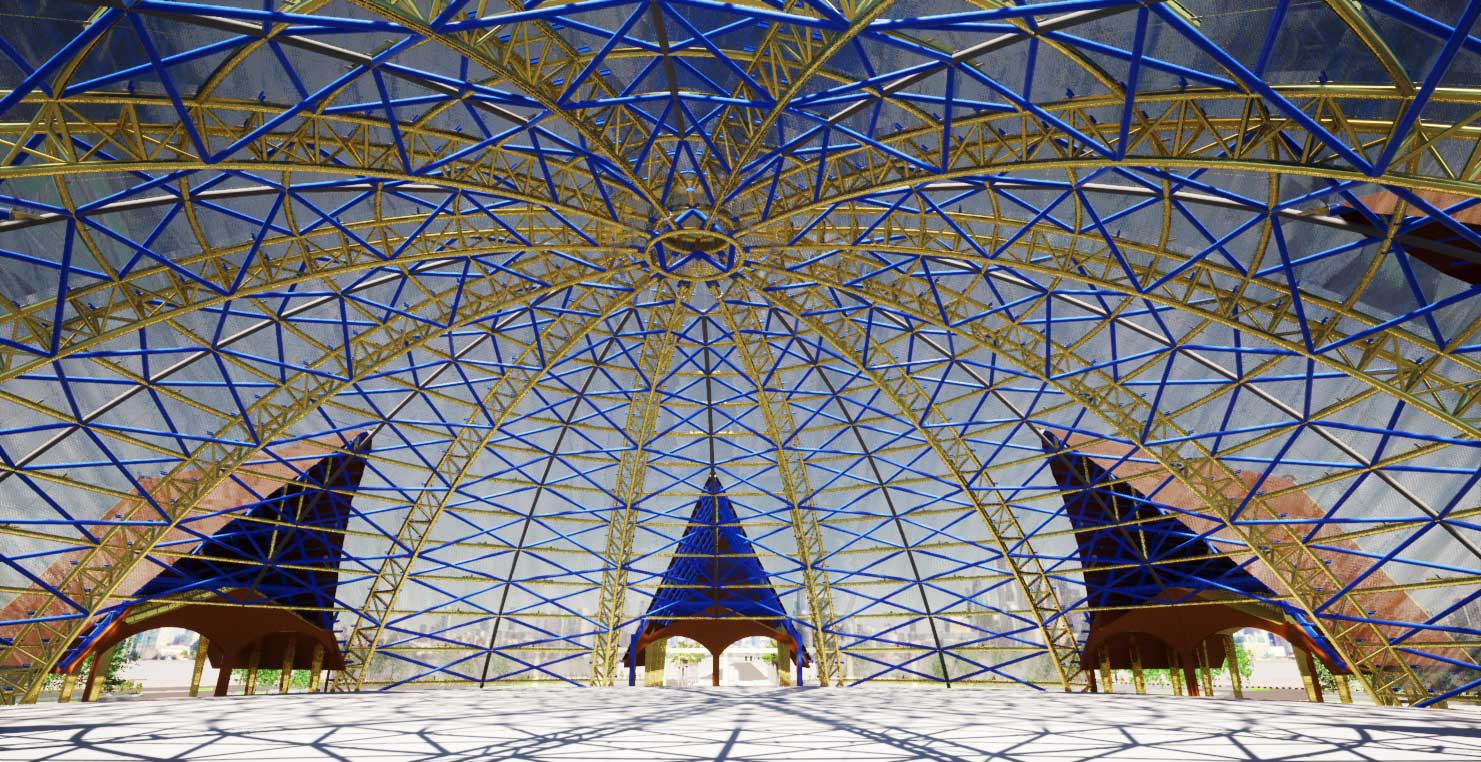 The modernity of the glass dome stands in contrast with a variety of classically inspired details. Extending from the contemporary central dome are five traditionally styled halls clad in native Sirap and Ulin wood. Some other details include towers and a boundary fence with three main gates, leaf and cape flower motifs on the towers’ beams and traditional Dayak carvings on the towers. 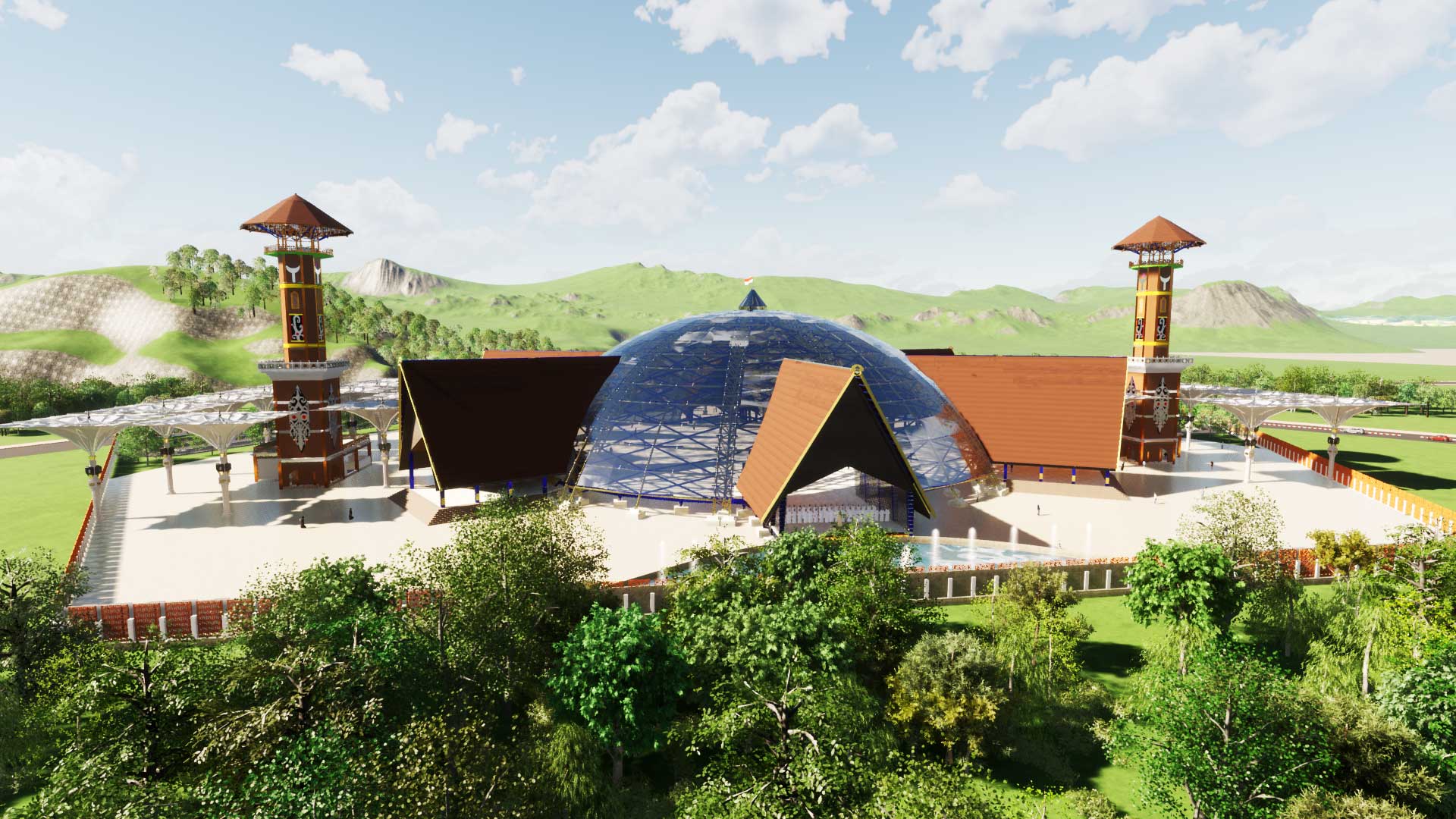