Modular construction has been around for many years but is increasing in popularity as a preferred building method within the UK construction industry, favoured for its efficient assembly speed and cost savings. As such, this method was employed by Intelligent Steel Solutions Ltd (formerly known as Icarus LSF) during the construction of Vita Student Westgate, as well as Trimble’s Tekla software to assist with the designing and manufacturing of the building.

The project, a large student accommodation scheme located in central Newcastle comprising of over 280 units, was heavily time-critical, with vital completion dates and students due to move into the accommodation at the start of the new academic year. As a result, Intelligent Steel turned to Trimble’s Tekla software to assist in designing, manufacturing and constructing the six-storey building, using off-site light steel frame technology.

Crystal Williamson, Designer Manager at Intelligent Steel said: After using other metal framing systems in the past, we now only use Tekla Structures for all modelling and data output of GA drawings, Panel drawings, CSV data and reports. Tekla is more user-friendly than any other software that we have previously used, assisting on complex projects and allowing for customisation. What’s more, it is frequently updated and improved.

One of the many benefits of Tekla Structures, the 3D construction modelling software, is that it allows for the design and planning of all building elements within the one model, ensuring that all information and data is consistent, amalgamated and easily accessible. This aspect of the software was particularly beneficial to Intelligent Steel.

Crystal explained: As both cold and hot-rolled steel was specified on the project, and due to the fabrication of each differing slightly (the hot-roll elements are outsourced), we had to process the two materials separately. However, it was vital that we were still able to design both elements concurrently within the same model, for they could not be designed in isolation – and Tekla Structures allowed us to do exactly this within the same software, saving valuable time.

Furthermore, Tekla software is also able to work with a variety of different building materials. For example, while modelling the light steel structure and its connections to the main building, our designers were also able to see the concrete podium level at its exact location in the same model. Working in 3D in this way is far more effective than the previous 2D drawings.

The project also presented Intelligent Steel with various unique and complex constraints. In addition to the tight time schedule, there were many site limitations. As well as an existing building situated in close proximity and a number of local businesses, the site was surrounded by two main roads that remained open at all times and supported Newcastle’s main bus routes. These challenges resulted in tight access, as well as vehicle and time restrictions, all of which rendered traditional construction methods unfeasible.

As a result, the scheme needed a building solution that would deliver both pace and innovation,” said Crystal. “We phased the different elements, such as the external and internal walls and floors, and then we lotted the delivery phases based on the schedule provided, all by using Tekla Structures. This allowed us to release design data into the fabrication process in line with the delivery programme.

Intelligent Steel has a very specific installation process for this kind of project. Erection can be scaled and accelerated throughout the build process and the model is vital to allow this to be planned in a sensible manner, commented Crystal.

Furthermore, by using both Tekla Structures and the Howick extension, Intelligent Steel was able to export NC files directly from the model to the fabrication machines, increasing the speed, efficiency and accuracy of the project and fabrication process. The steel-framing machines were able to accurately place all punching and fixing holes, which not only allowed for the frames and trusses to be manufactured with extreme precision but also enabled the frame to be self-locating and jigging, reducing the build-time on site.

This direct link between the Tekla model and the fabrication process also helped to vastly reduce the amount of construction waste produced, as Crystal explained: Only the specified quantities of material and building elements required for construction were manufactured. In the light gauge steel frame (LGSF) form of the building, the walls are load-bearing so the external walls were provided in a pre-boarded form. By using the direct link to the machinery from the Tekla model, we were able to save both time and material, resulting in a leaner production process.

To summarise, thanks to Tekla Structures, we were able to improve the accuracy of the build and the speed of construction by allowing early access for the first fix, while also reducing the amount of waste materials produced. 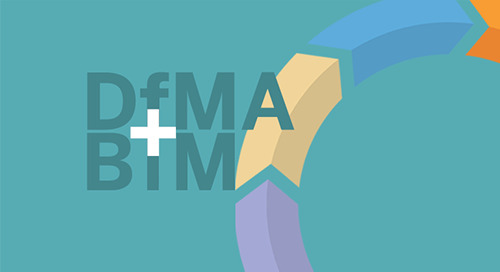 Design for Manufacture and Assembly (DfMA) and Building Information Modelling (BIM) are ideal partners, or ... 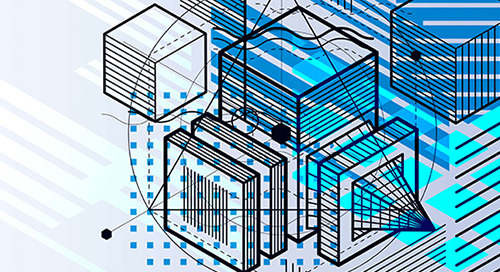 A 40 minute webinar that discusses the benefits for modular manufacturers in moving from a 2D to 3D constru...

Design for Manufacture and Assembly (DfMA) and Building Information Modelling (BIM) are ideal partners, or are they? Duncan Reed explains why the construction industry should consider DfMA.

A 40 minute webinar that discusses the benefits for modular manufacturers in moving from a 2D to 3D constructible process.