All too-often, formwork (and the wider temporary works) can often be treated as something of a “bolt-on” within the construction and BIM industries, involved only towards the end of the detailing process.

Here, Ismail Makda, Business Development Manager at Trimble explores the importance of considering both the permanent and temporary works (formwork) in unity and the value that BIM can deliver.

Within the construction industry, it is clear that there have been some great areas of development, growth and evolution over recent years, with BIM transforming the handling of information. In fact, numerous construction companies now have BIM technology integrated within many of their daily workflows - a development that is really great to see. However, when it comes to concrete formwork, this is a sector of the industry that is perhaps, through no fault of its own, slightly further behind.

All too often, formwork can be viewed as something of a “bolt-on” or an afterthought within the construction industry, resulting in a project being designed, modelled and approved without any significant input from the formwork suppliers or contractors. Frequently, formwork contractors will be brought onto a project towards the end of the detailing stage, tasked with adding in the formwork around the permanent concrete works already modelled. Unsurprisingly, this is an inefficient process, whereby the formwork is considered largely in isolation - as opposed to being integrated at the outset of the project planning stage.

So, what needs to change? Perhaps the first, is the perception of temporary works being of less importance. In many ways, temporary works, including formwork, are just as - if not more - important than the permanent works, helping to enable and facilitate the permanent. After all, if you’re working with cast-in-situ concrete, you cannot build without formwork. Yet, despite this, a project’s permanent concrete structure is still often modelled first, before consideration is given to how it will be built – i.e. formwork.

Ideally, formwork design needs to be considered at the very beginning of a project, as early as the tender stage if possible, and certainly present throughout the 3D modelling process. Only when the permanent and the temporary are allowed to collaborate on an equal footing can people realise the true power of BIM.

Modelling both the permanent concrete structure and the temporary formwork within the same digital 3D environment can bring with it significant benefits for the overall project. After all, given the two areas of construction are so closely intertwined and reliant on the other, it stands to reason that they should be given equal precedence and be modelled as such.
With enhanced coordination between the two disciplines comes greater visibility, aiding problem solving and helping to detect potential clashes and other design issues more easily and quickly, in turn saving both time and money. In addition, it can also contribute towards better planning and scheduling of the works, with an overall more transparent, collaborative and efficient process.

As well as considering both the formwork and concrete structure in conjunction, taking this a step further and involving formwork early on in the construction sequence can lead to additional benefits, with improved scheduling of the works. Perhaps even more important is the ability to generate precise and automatic material quantity take offs within BIM software, enabling contractors to deliver an accurate and informed project bid at tender stage. Without this information to hand, contractors often have to rely on their own past experience and make an educated guess as to the formwork material costs – risky in itself.

Despite the widely proclaimed benefits of the use of BIM to model and design a concrete project’s formwork, there still remains three common methods of approaching formwork. The first is to rely on the traditional way of working, with 2D drawings and a typically paper-based approach. However, this is becoming increasingly out-dated, especially as the wider construction industry moves to more recent technological innovations and both clients and principal contractors start to expect greater visibility and enhanced data from their supply chain.

The second route is for a contractor to go direct to its chosen formwork manufacturer, for they – especially the larger formwork manufacturers - will often have their own bespoke BIM design software for its products. While this can prove an attractive option, being reliant on a third party always presents its own risks, as does information exchanges in proprietary formats. This also does little to help fix the coordination issues currently faced by the formwork sector.

The third approach, and perhaps the most efficient, is for a contractor to take control, invest in its people and gain its own BIM capabilities. Not only does this provide a company with greater control and flexibility, it can also prove invaluable in helping a formwork contractor to keep up with the industry’s increasingly digital demands and facilitate a more connected workflow between project parties. While BIM may appear intimidating to those who haven’t yet dipped their feet in the water, it doesn’t need to be, with training widely available. In addition, some BIM design software, such as Tekla Structures, have a comprehensive digital library of model-based items, including panels, clamps and shoring, which can simply be selected and used to build the wider formwork scheme.

While construction, as a whole, has developed and advanced digitally in recent years, it is clear that there is still work to be done, especially given the ever-present gap between formwork and the wider construction industry. With the industry’s recent emphasis on coordination and communication, surely the importance of considering and detailing a project’s temporary formwork and permanent concrete works both in unity and from the outset is an obvious one. BIM has a key part to play in this, with the 3D modelling software revolution now providing an excellent opportunity for the temporary works industry to fully engage with the rest of the supply chain and play their part. 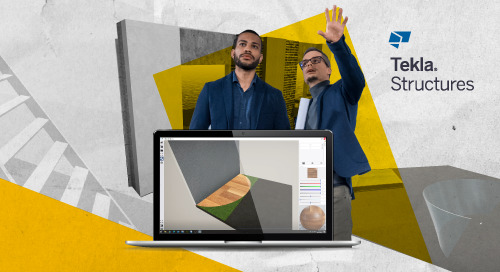 Utilising the Visualizer within Tekla Structures

This webinar will look at how to render your Tekla Structures model in Visualizer, we'll apply existing pre... 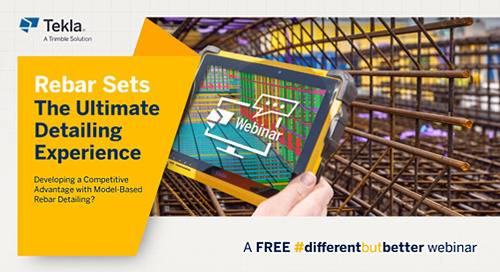 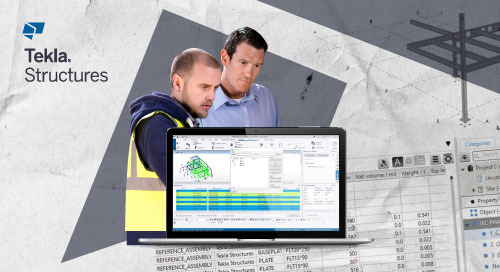 27:41
Utilising the Organizer in Tekla Structures

Learn how to efficiently use Organizer to view and create reports on model information based on what you select in the model. 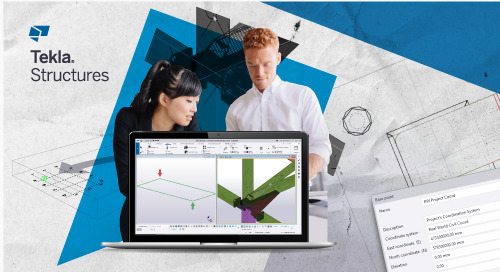 31:27
Working with base points in Tekla Structures

Find out all you need to know about Base Points and IFC files in Tekla Structures.

26:36
Utilising the Visualizer within Tekla Structures

This webinar will look at how to render your Tekla Structures model in Visualizer, we'll apply existing prebuilt textures to items and create custom materials and map them to specific material grades. 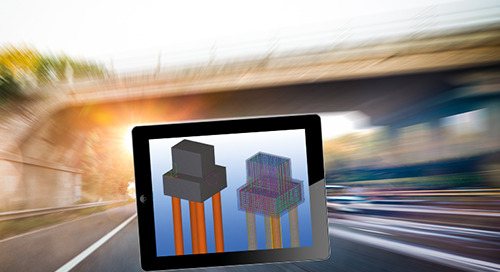 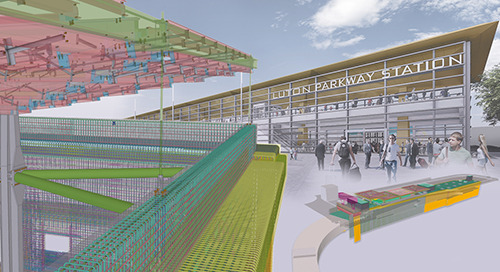 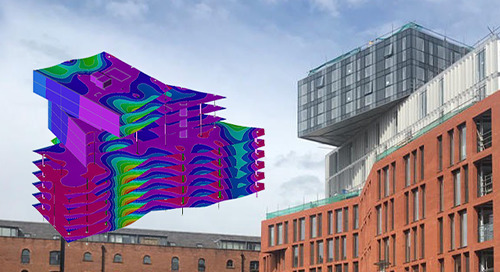 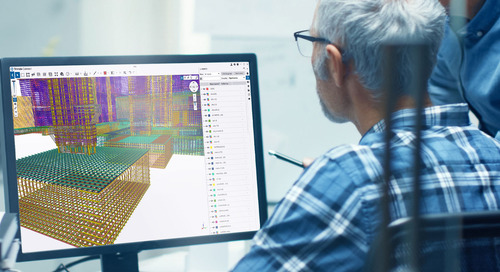 Reinforcing the construction business through collaboration 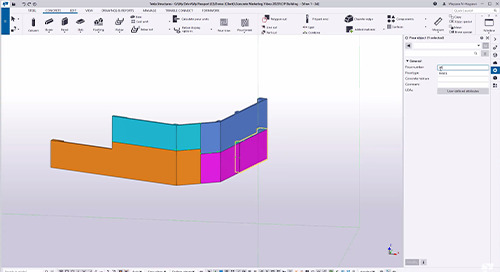 Take a closer look at how to Tekla helps model, plan, manage, and coordinate concrete pours on site. 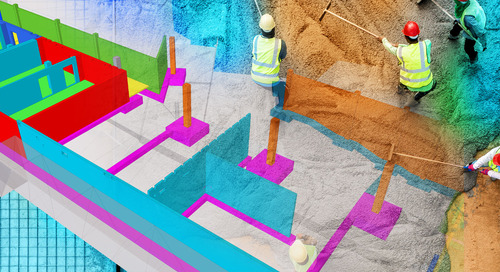 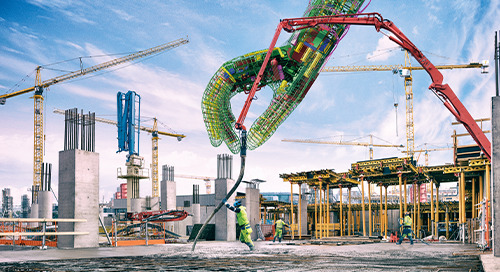 Explore five common practical issues encountered by concrete contractors and how digital technology within the workflow can help. 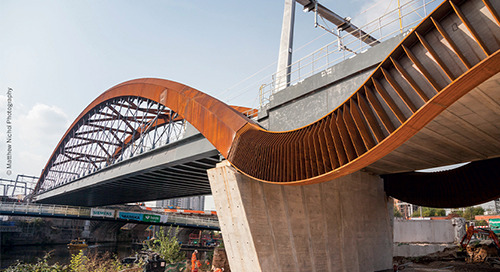 Federated 3D models, developed down to individual reinforcement bars, produced by all disciplines were held in a common data environment for this complex railway project. 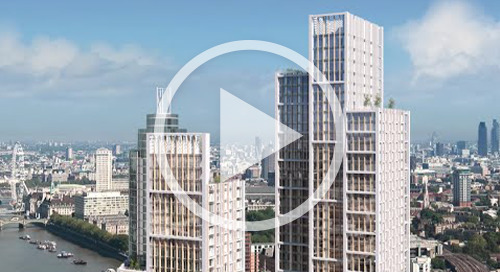 London skyscrapers built from the top down 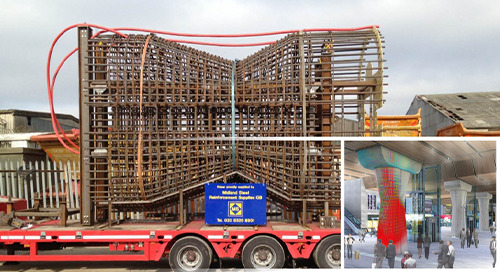 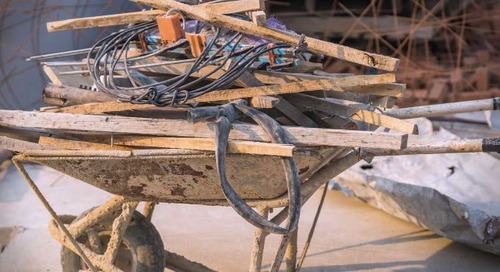 4 ways constructible models are reducing waste in the concrete industry