Engineers often find themselves in situations where they need to model certain members to allow for load distribution in a manner they'd expect, however they don't want these members affecting the primary superstructure. An example would be secondary/ tertiary members such as Purlins and Rails supporting cladding which are typically modeled primarily to decompose wind wall and roof loads and provide design restraints to main structural members. These members however may develop internal forces - such as axial loads - and/ or cause additional forces in the main structural members that are neither expected nor desired by the engineer. Furthermore, their results can clutter analysis diagrams, obscuring the results of the main structural members in which the engineer is primarily interested. Both of these problems can now be avoided by using the new Inactive Member feature. By setting such members to be inactive, load applied to the inactive members is applied as required to the main structure (during the pre-analysis load decomposition stage), but they are not included in the analysis model and thus do not develop any internal forces. 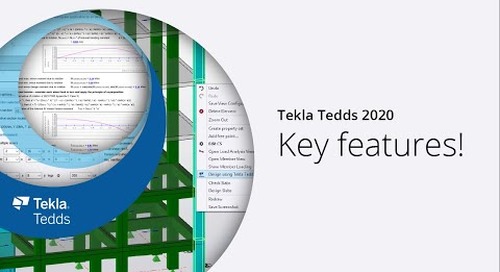 Watch as we explore some of the main enhancements and features available in Tekla Tedds 2020, Service Pack ... 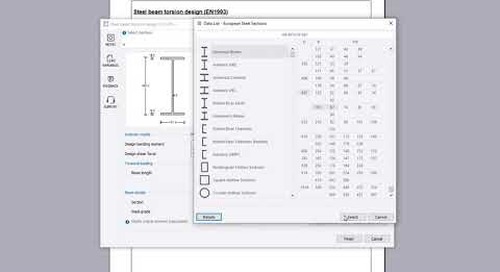 This video demonstrates the Tekla Tedds Steel beam torsion design calculation to the Eurocode. The calculat... 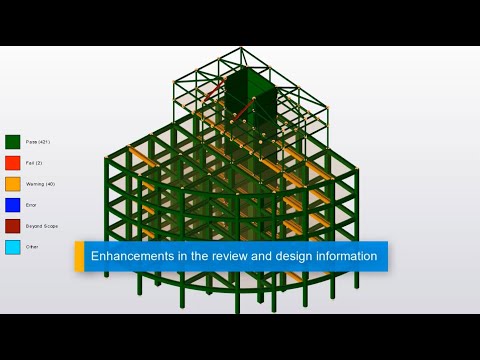 As Structural Engineers begin to focus more on various sustainability aspects, the need to thoroughly review a members' design status has become even more critical. This more sustainable design approa 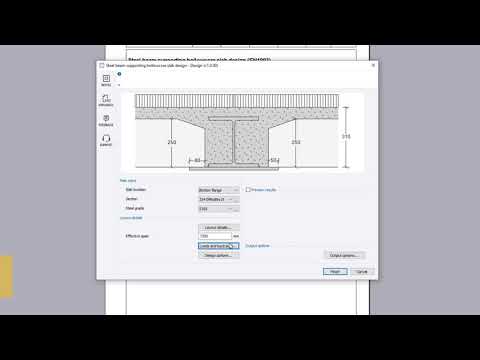 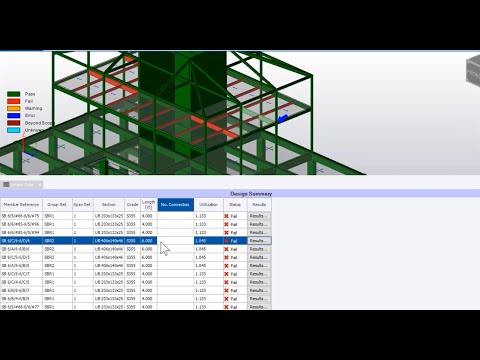 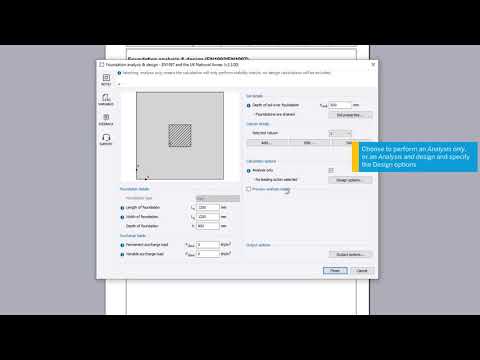 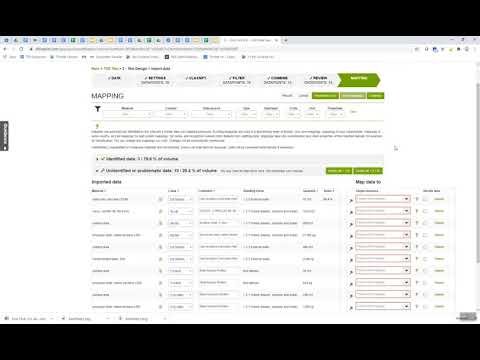 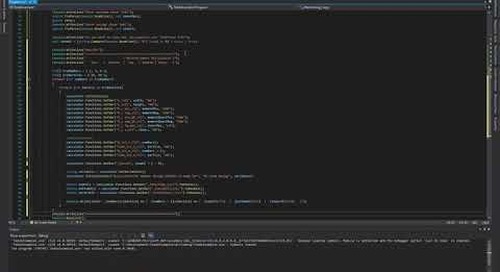 3:25
Get started with Tekla Tedds API in minutes - part 5

In this last video of the series about Tekla Tedds API, you will see how to run multiple concrete beam designs in order to compare the results using the Tedds Calculation API. Visit https://developer 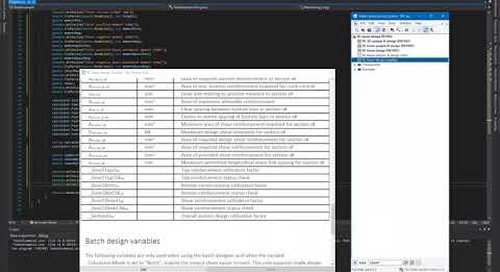 5:10
Get started with Tekla Tedds API in minutes - part 4

The 4th video in the series of Tekla Tedds API videos explains how to use the Tedds Calculation API to define the input for concrete beam design including the design forces. You will also learn how to 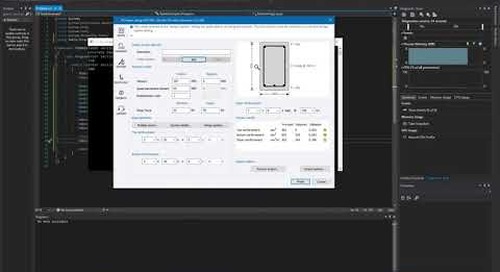 4:23
Get started with Tekla Tedds API in minutes - part 3

This is the third video of the Tekla Tedds API video series. In this video you will learn how simple it is to use the existing calculations from Tedds Engineering Library using the Tedds Calculation A 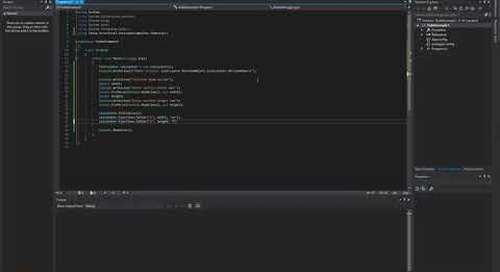 2:39
Get started with Tekla Tedds API in minutes - part 2

In this second video of the Tekla Tedds API video series, you will learn how easy it is to use Tedds Calculation API to ask input values from a user and use those values to calculate any mathematical 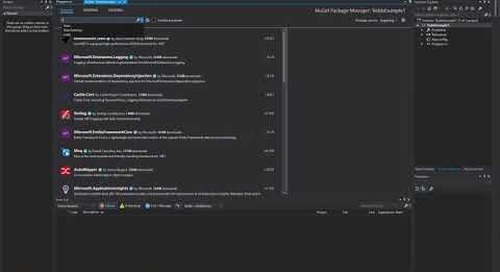 3:01
Get started with Tekla Tedds API in minutes - part 1 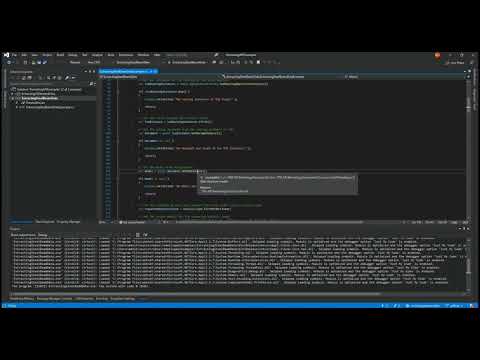 In this video, you will learn what you can do with the Tekla Structural Designer Remoting API and will see some examples of using API. The API is .NET API To find the code examples shown in the video 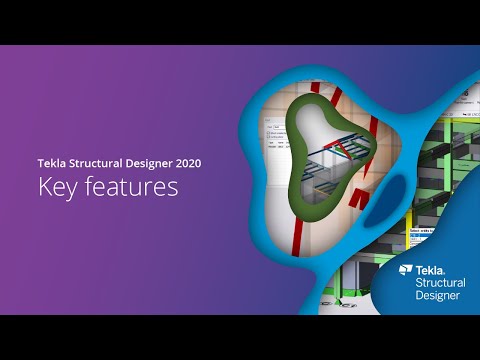 Watch as we explore key features in Tekla Structural Designer 2020 and subsequent service packs. We’ll take a look at general improvements made to the Find functionality before moving on to some new f 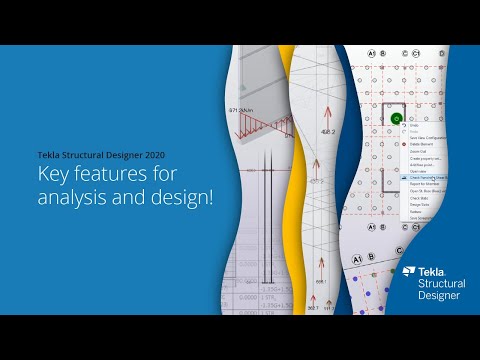 Watch as we explore key features for analysis and design in Tekla Structural Designer 2020, Service Pack 4. Analysis will cover dynamic analysis and the process needed to complete this successfully be 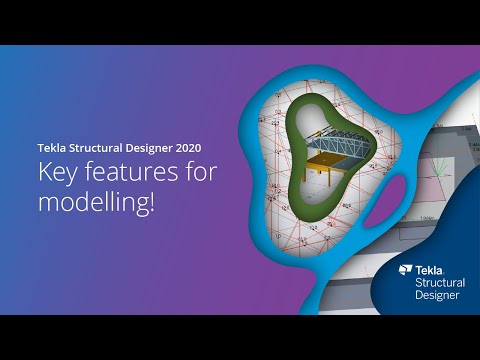 Watch as we explore some of the key features and enhancements available for modelling in Tekla Structural Designer 2020, Service Pack 4. We’ll take a look at three main areas considered as modelling e 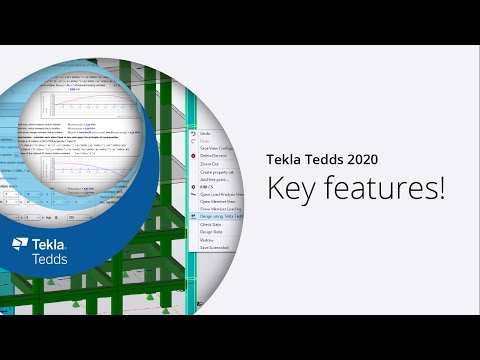 Watch as we explore some of the main enhancements and features available in Tekla Tedds 2020, Service Pack 2. First, we’ll introduce the precast calculations to Eurocode 2. There are a number of preca 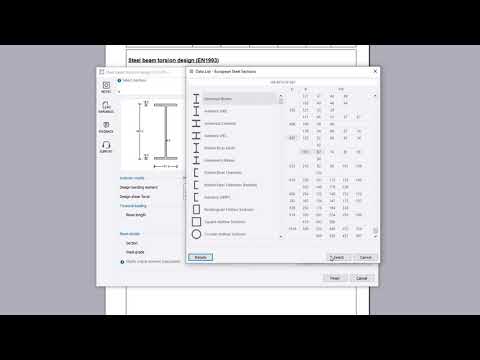 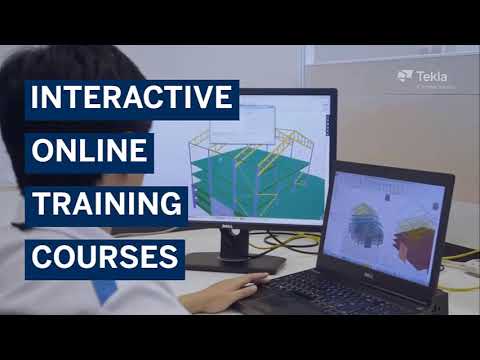 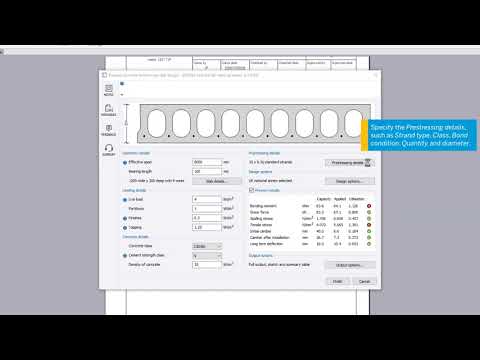 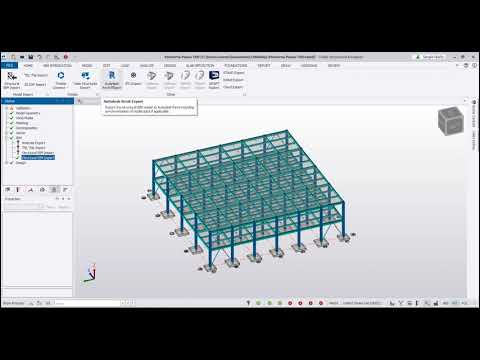 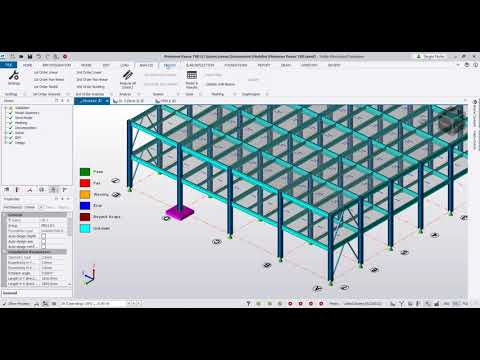