Rogers Place, the new 18,640-seats home arena of the Edmonton Oilers, will be an architectural icon of downtown Edmonton and the hub of the city’s ICE District, Canada’s largest mixed-use sports and entertainment district. Rogers Place will also be the first Leed® Silver-certified NHL facility in Canada and will feature the largest centre-hung high definition arena scoreboard in the world. Rogers Place will officially open at the start of the 2016-2017 hockey season.

For this particular project our team acted in the capacity of structural steel contractor for the construction of both the arena and the Winter Garden, a 33,800-sq. ft (3,140 m2) building that functions as the main entrance to the venue. Some two-thirds of the Winter Garden is also designed to serve as a public space that can be used to host either public or private events. The Winter Garden spans over 104 Ave NW, making the erection a significant challenge. In order to disrupt downtown Edmonton traffic as minimally as possible, most erection has been scheduled to take place overnight and weekends.

Our team was invited to the project partner’s table right from the preconstruction phase in order to prepare an estimate and a preliminary erection schedule. The team’s design-assist expertise was particularly appreciated with its roof construction solution that integrated security systems in the design phase; a contribution that helped to keep the project on budget. IFC Model was imported in Tekla to locate a lots of parts not yet completed on the engineer plans, to order the material and start the detailing. 100% of the structural steel including all catwalks were detailed in Tekla Structures. For this project, we manufactured 9,000 tons of structural components and executed 8,000 drawings. To provide an idea of the scale of some of the steel components, the truss, which sites directly over center ice, measures 338 feet long, and weighs 400 tons.

This was a pretty big project with a tight schedule. At some point we had to split the model in six parts to manage the work coming from various drafting rooms. A lot of coordination was required, for example, bowl structural steel and connections were coordinated with the precast supplier. The most challenging coordination work was for the exterior building envelope. The panel supplier was sending us IFC and 3D DWG files that were referenced to the Tekla model in order to detect clashes.

To meet the tight deadline, many venue components were prefabricated offsite and delivered installation-ready. These prefabricated elements all interfaced with our structural steel and required coordination prior arriving on site. Our BIM Model was easily able to detect any clash and to provide solutions before steel fabrication started. To save costs, the prefabricated structural steel was sent by train. Optimization for each container was performed using the 3D model data.

Despite multiple requests for changes during the course of the project, our team successfully executed its mandate using Tekla Structures within the specified timeframe and much to the customer's satisfaction. 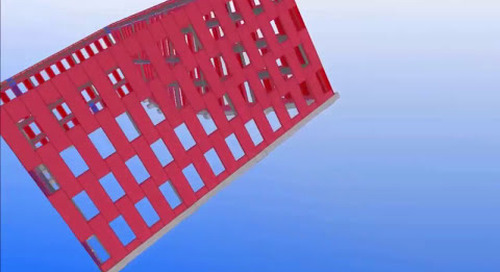 Unique office building with one facade not only varying in radius at each level but tilting outward as much... 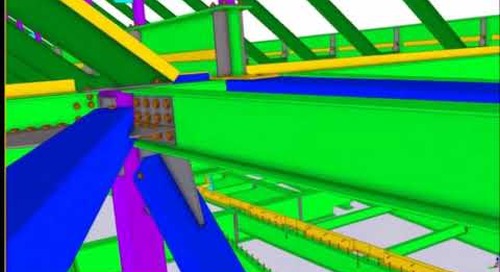 In the Fall of 2015, Apex Structural Design, Ltd. was contracted to handle detailing for the Presentation H... 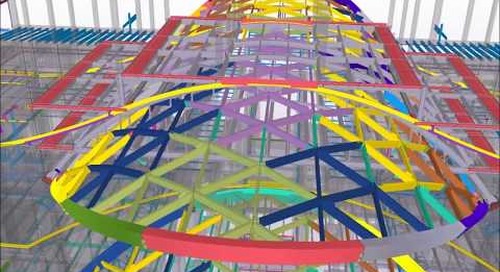 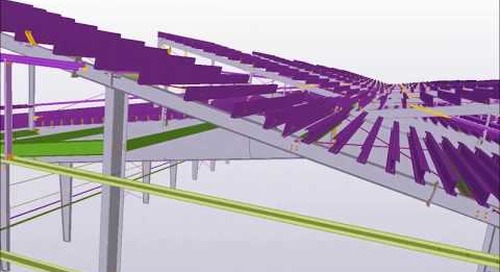 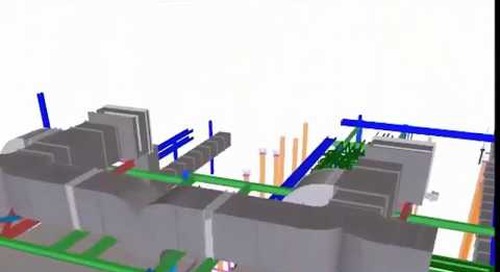 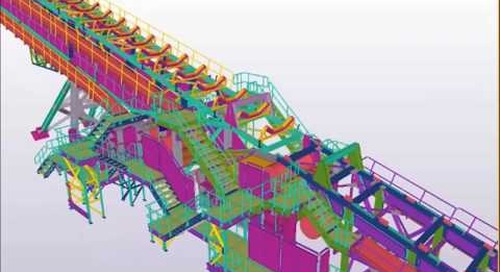 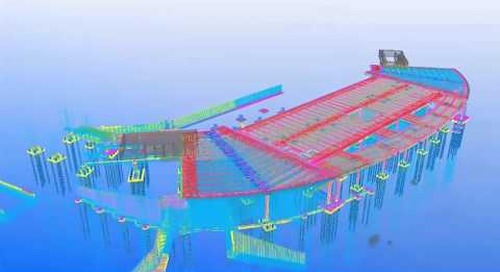 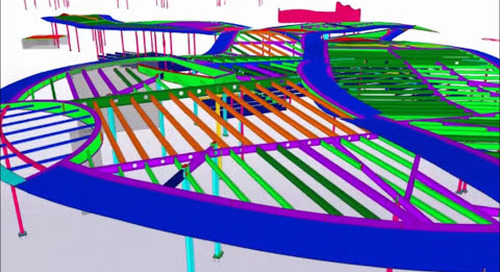 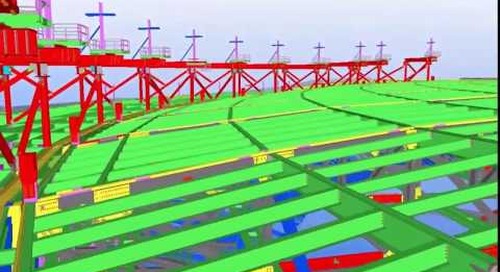 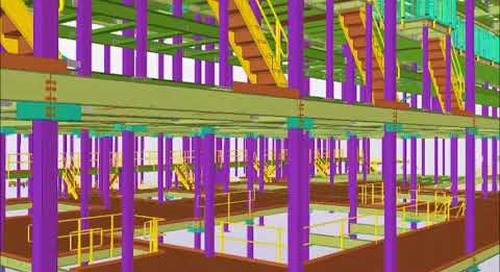 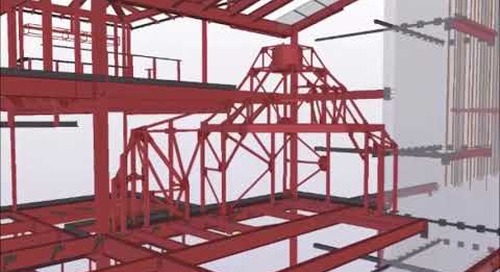 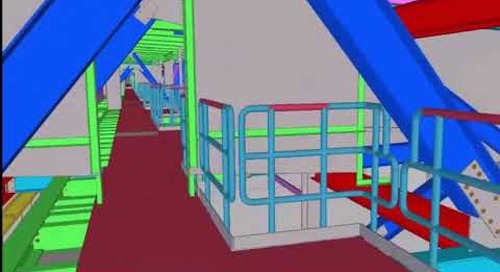 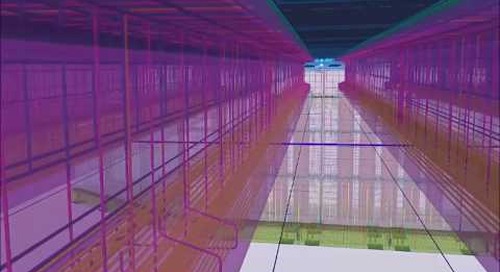 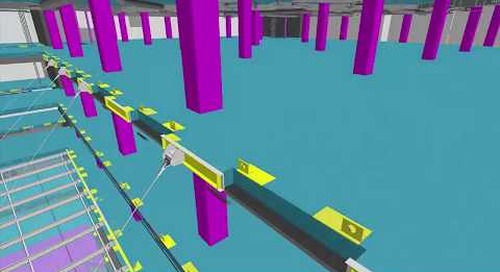 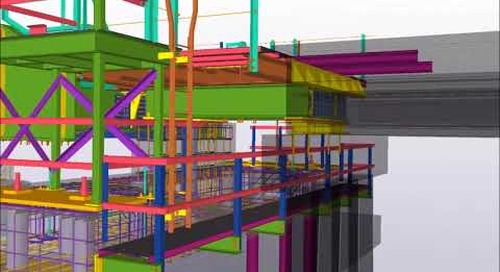 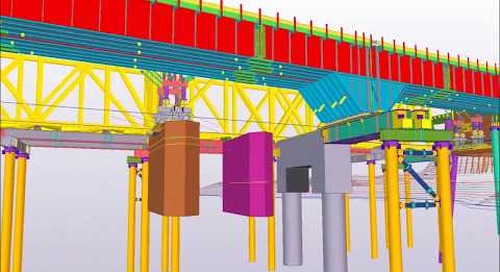 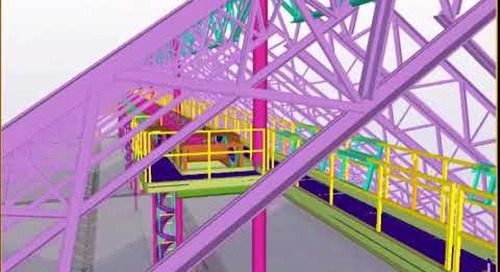 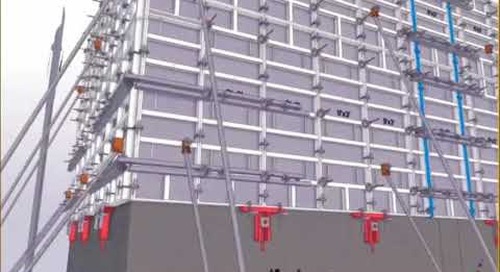 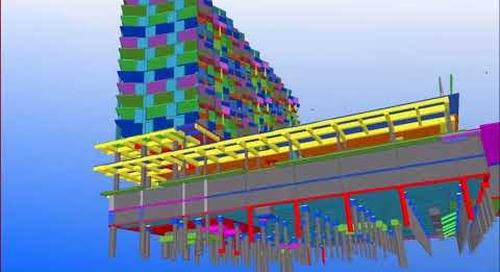 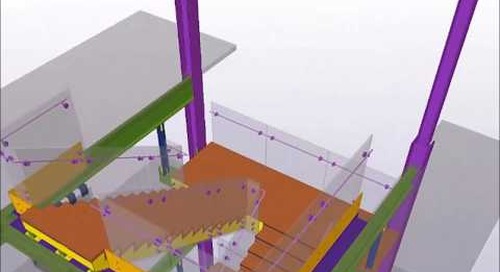 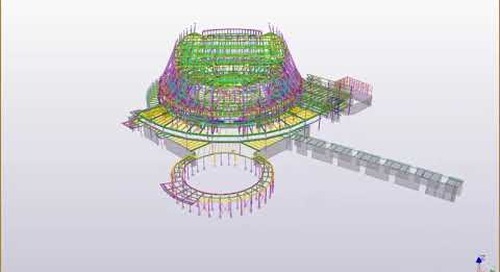 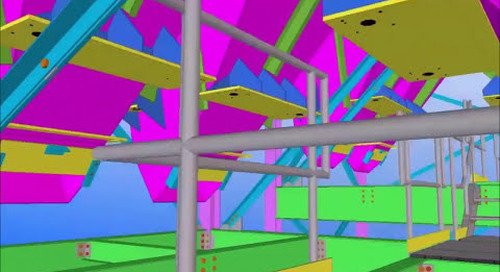