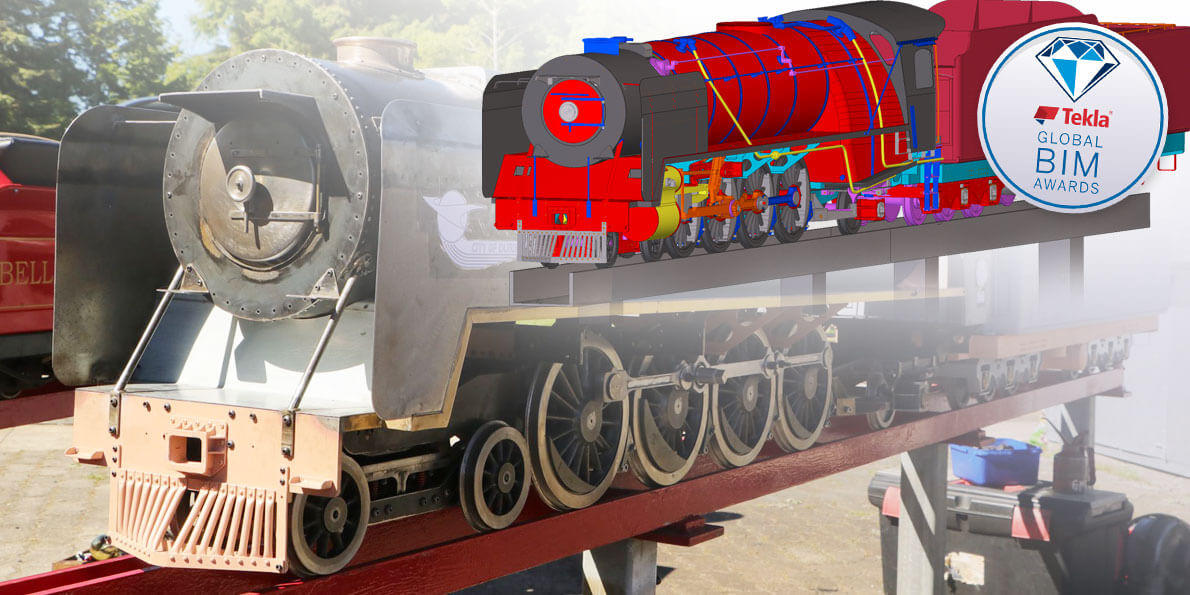 Who would come up with an idea of using BIM software for building a working replica of a locomotive? An experienced steel detailer, naturally!

Jason Flannery of Structural Detailing Solutions has been working with structural steel since leaving school in South Africa over 20 years ago. He worked as a welder/fabricator/rigger before moving to the UK first and then New Zealand 10 years ago. “As a rigger, I studied surveying and then drafting thus making the move from the workshop to doing site leveling and lining and then into the drawing office” says Jason.

Jason has experience in several solutions: “As most do, the first step was learning AutoCAD but as I wanted to detail structural steel I had to source out the right kind of drawing office. Fortunately, the first drawing office I worked in was using Xsteel V6 and as they say, the rest is history.”

Leap of a century: From 1930s drawings to constructible 3D model

This truly is a project that converts historical drawings into BIM. The locomotive is based on about 500 South African Railways drawings from the 1930s of the full-scale locomotives. Because the drawings were in the imperial system, scaling them to 1/8 was a complex, detailed process. 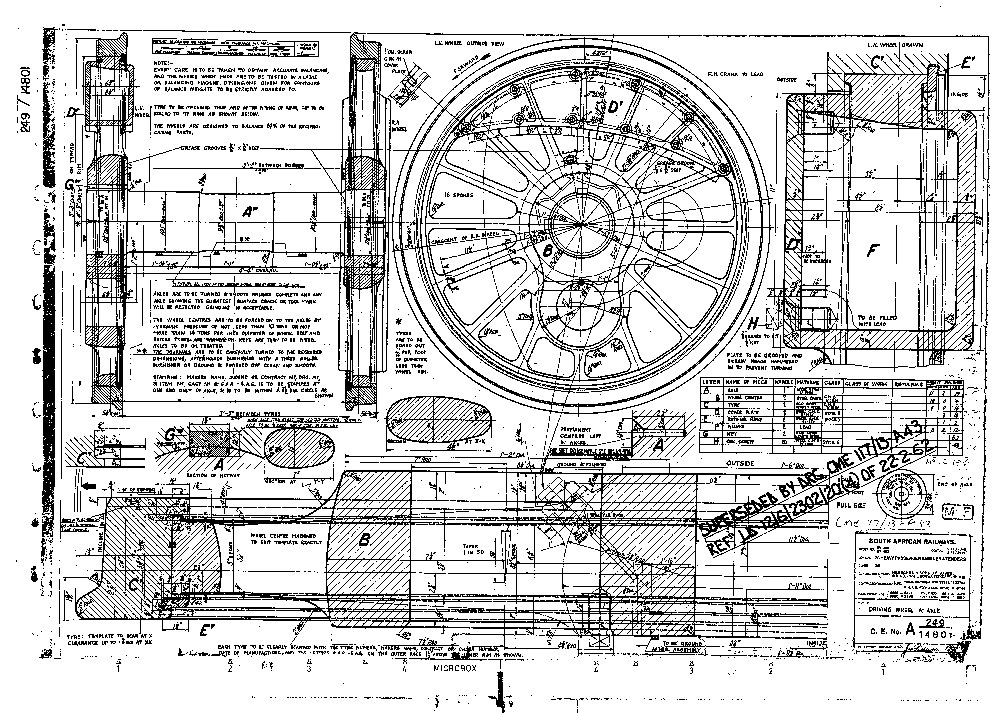 As a top-notch structural BIM solution, Tekla Structures would probably not be your first choice for this kind of mechanical engineering. Jason highlights the reasons for choosing to build the model with Tekla: “The purpose of this project was to build a steam locomotive, not to draw one. I tried to source 1/8th scale drawings for some time with no joy and then I had to make an alternate plan. I would have to draw this up myself, but I was certainly not interested in learning another software. So, I decided to have a go with Tekla, I also thought it would also be interesting seeing how it coped. A double challenge if you like.”

Jason started his project in 2014 using the latest Tekla Structures at the time. He still uses version 20 for this project even though customer projects are done using the 2018 version.

“Apart from very few steel sections, the locomotive is probably about 99% shaped parts. This was polygons if possible but as I'm using version 20 on this project, with the limited number of nodes, it was more than likely a block which was given numerous polygon cuts to make the final shape. 100’s of shapes added together to get the final object.”

Tekla Structures’ 3D view made it easier to understand the 500 pages of imperial drawings. It was also possible to produce DXFs for laser and water cutting. As the version 20 does not support  STL file export, so the DXF files were then converted by a third party for 3D printing.

"Having the luxury of the 3D model on my PC I could also adjust the build if need be as it progressed along." 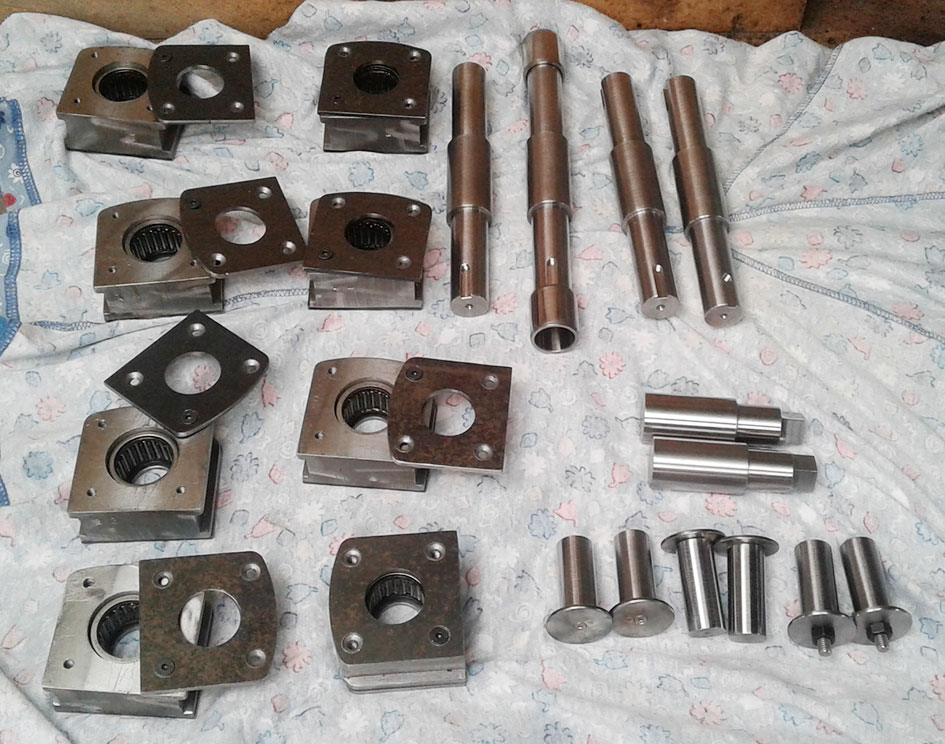 Jason works on his project weekly: “I have always been interested in driving trains, especially steam locomotives. Work is done whenever there’s chance, evenings and a couple hours here and there on the weekend.”

Fabrication has been a learning curve of its own.  “I had never used a lathe or mill before starting. Fabrication involves laser and water jet cutting, machining at home in the shed with some of high tolerance work having been done by a friend.”

“The model is still not even complete, let alone the build. Currently I’m working on the motion and cylinders. Next year I hope to complete the boiler and the last of any chassis pieces. I’m hoping to finish in 2020 with the last cosmetic pieces and painting.”

When asked about the future hobby projects, he says: “My son tells me we are going to build a GL Garratt next. “

”But let’s finish this one first!” 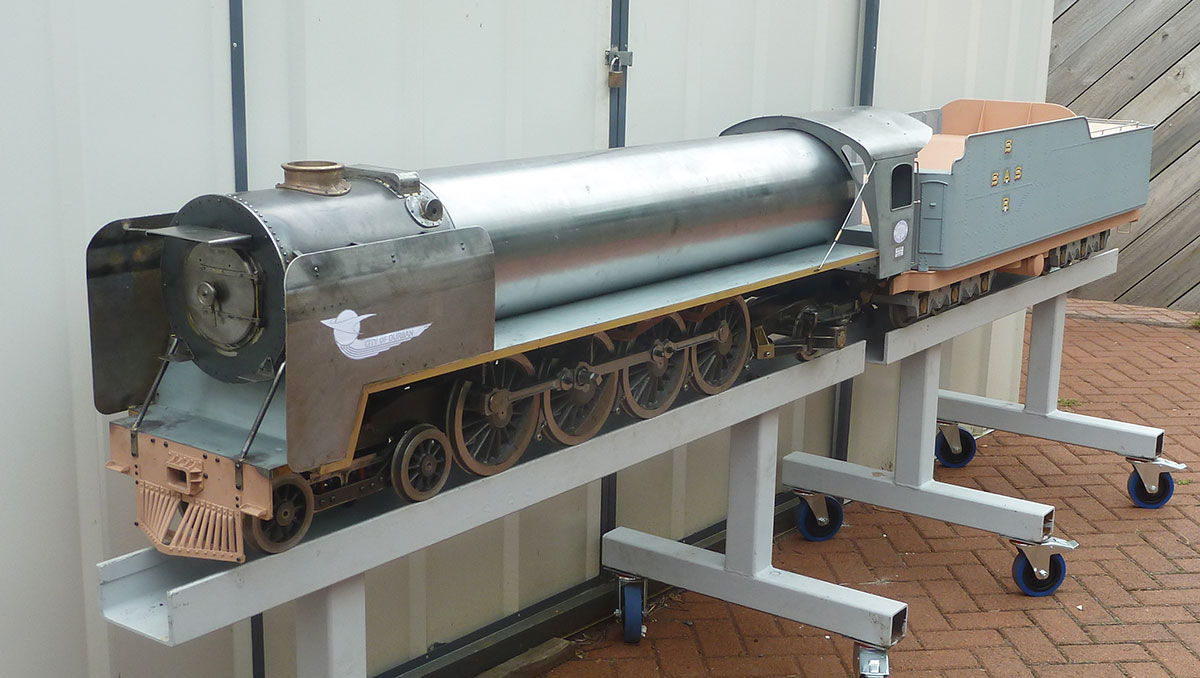 "The purpose of this project was to build a steam locomotive, not to draw one. I was certainly not interested in learning another software. So, I decided to have a go with Tekla."