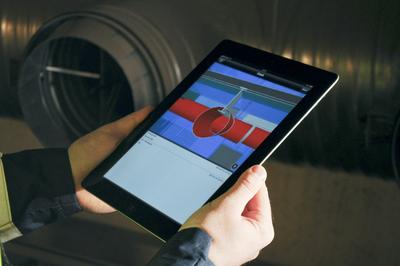 Tekla BIMsight Note, available in the Apple App Store, allows you to contribute to Tekla Open BIM workflow via iOS mobile device. With this new application, anyone can use an iPhone or iPad to receive and reply to notes created in Tekla BIMsight. Just see the combination of note text and image and communicate your thoughts to other users of the model.

The app gives even those without BIM or CAD capabilities a possibility to contribute to BIM projects. Using Tekla BIMsight Note is as easy as sending a text message or email. In the office and in the middle of mud and dust misconceptions are less likely to happen if you can actually see an image of the problematic part that needs to be discussed. Now a tool for seeing and discussing the exact matter fits into your pocket.

Tekla BIMsight evolves to the next level - Trimble Connect for Desktop