In January 2015, Hillsdale Fabricators/Alberici was awarded the contract to erect a 17,000+ ton, 14-acre shade canopy over Hard Rock Stadium, home to the NFL’s Miami Dolphins and the University of Miami Hurricanes football team. The shade canopy was part of a $500M facelift that would modernize the venue and make it attractive to the Super Bowl selection committee. The canopy, which provides shade for the majority of fans, was designed to withstand Category 4 hurricane winds, and survived its first test when Hurricane Irma hit Miami in September 2017.  Erection of the shade canopy was scheduled during the Miami Dolphins off season, giving Hillsdale less than seven months to

Ruby’s innovative erection method required minimal shoring and no alterations to the existing stadium structure. Using Tekla Structures, the Hillsdale/ Ruby team broke the structure down into parts that could be pre-assembled, maneuvered into place and erected using large mobile cranes while maintaining a safe work environment, from installation of the first piece through the project’s completion.

“We deconstructed a fully detailed Tekla Structures model of the complete structure into the components to be erected,” said Bruce Burt, principal and vice president of engineering at Ruby+Associates. “This allowed us to create a 3D jigsaw puzzle of the complex assemblies to ensure there was fit-up clearance during erection. We could account for things like the weight of the bolts and welds so we could precisely determine the overall weight of each component, as well as its center of gravity. That allowed us to determine the size of each rigging component and its length. Finally, we were able to export the subassemblies into an analysis program to check the stresses imposed during construction. The high level of detail and ability to deconstruct and then export portions of the Tekla Structures model was incredibly valuable.”

Working around the existing stadium and within extremely tight clearances, Ruby used the 3D Tekla Structures model to visualize and explore how the canopy would fit together on the construction site. “Every part of the project had to be choreographed well in advance. It was kind of like planning a space mission,” said Burt. “You don’t launch the spacecraft and then figure things out as you go. Every step was pre-planned using Tekla Structures because there was no time in the schedule for a fit-up or clearance problem. Everything had to fit the first time.”

Tekla Structures also helped the team pre-plan for deflection of the steel during erection. “Given that there was virtually no shoring, and that portions of the structure were being supported by the permanent cables, the structure continually deflected during erection,” said Burt. “Tekla Structures gave us a precise geometric model of the structure so that we could account for this deflection. We could look at a joint in the Tekla model and see the amount of slot in a bolt hole to determine how much fitup tolerance we had. We were able to adjust the target elevations we established during planning as a result of the knowledge we gathered from the Tekla model.”

The construction sequence was developed to keep the loads imposed on critical portions of the canopy structure in balance, allowing work to proceed independently in each corner of the structure. Once the corners were completed, the end zones and sidelines were constructed. Ruby incorporated two 450-foot sideline trusses and two 350-foot end zone box trusses into four enormous lifts. Each truss was transported to the site in sections small enough to fit on a truck, then sub-assembled into larger sections in the far reaches of the parking lot. The sub-assembled components were then transported to a location immediately adjacent to the stadium and assembled into the sections up to 450 feet long and weighing 1.4 million pounds. The fully assembled trusses then had to be carefully inserted between four corners of the canopy that had already been erected.  With no room for error, Ruby used Tekla Structures to evaluate the geometric and spatial relationship between the existing building, stadium roof and steel assemblies. “We looked at all of the components in relation to the cranes and the orientation of the booms,” said Drew Twarek, a project manager at Ruby. The exact crane configuration was developed and inserted into the Tekla model. “Some of the crane booms were within two feet of the existing structure. Tekla Structures allowed us to confirm that we had sufficient clearance to make the lifts.” The detail in the Tekla Structures model also helped Ruby determine how and when to complete complex connections. When the trusses were erected, there weren’t just one or two connections, there were as many as 20 connections t that had to be made simultaneously. Ruby evaluated the connections in the model to decide if it was best to mount splice plates on existing steel or on a member that was going to be erected.

Ruby utilized Tekla Structures’ fabrication detailing capability as they developed temporary steel works.  Steel jacking frames, temporary tendons, lift lugs and support posts were all part of the erection procedure. “Having the capability to generate the details in-house gave us the confidence that they would fit exactly where they needed to go. It also shaved time off the schedule as we could send the Tekla model directly to Hillsdale’s fabrication team,” said Twarek.

The construction team also had to account for variables such as temperature fluctuations affecting the length of steel and construction loads imposed on the partly completed structure by other construction trades during the fast-track schedule. The team developed contingencies for numerous events, including the possibility of a hurricane. “We planned as much as we could in a 3D modeled environment before the construction team hit the ground running. There was very little time in the schedule to figure things out on the fly,” said Burt. “If something didn’t fit, it could have been disastrous. It was a high profile job with a must-meet deadline and it couldn’t have done without Tekla Structures.” 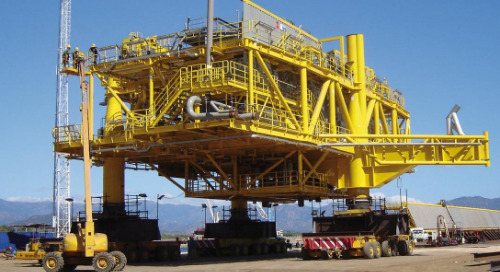 The most significant benefit is the availability of a single structural model from which we can extract pro... 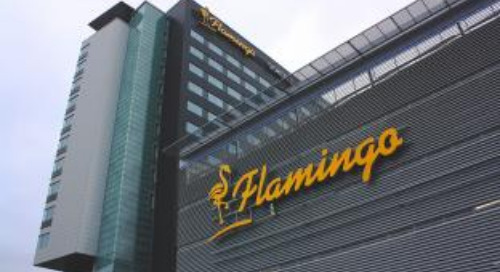 Recreation Center Flamingo: BIM Adds Momentum to the Construction Site of the Year

Production planning and utilization of the building’s information model (BIM) have been exemplary throughou...