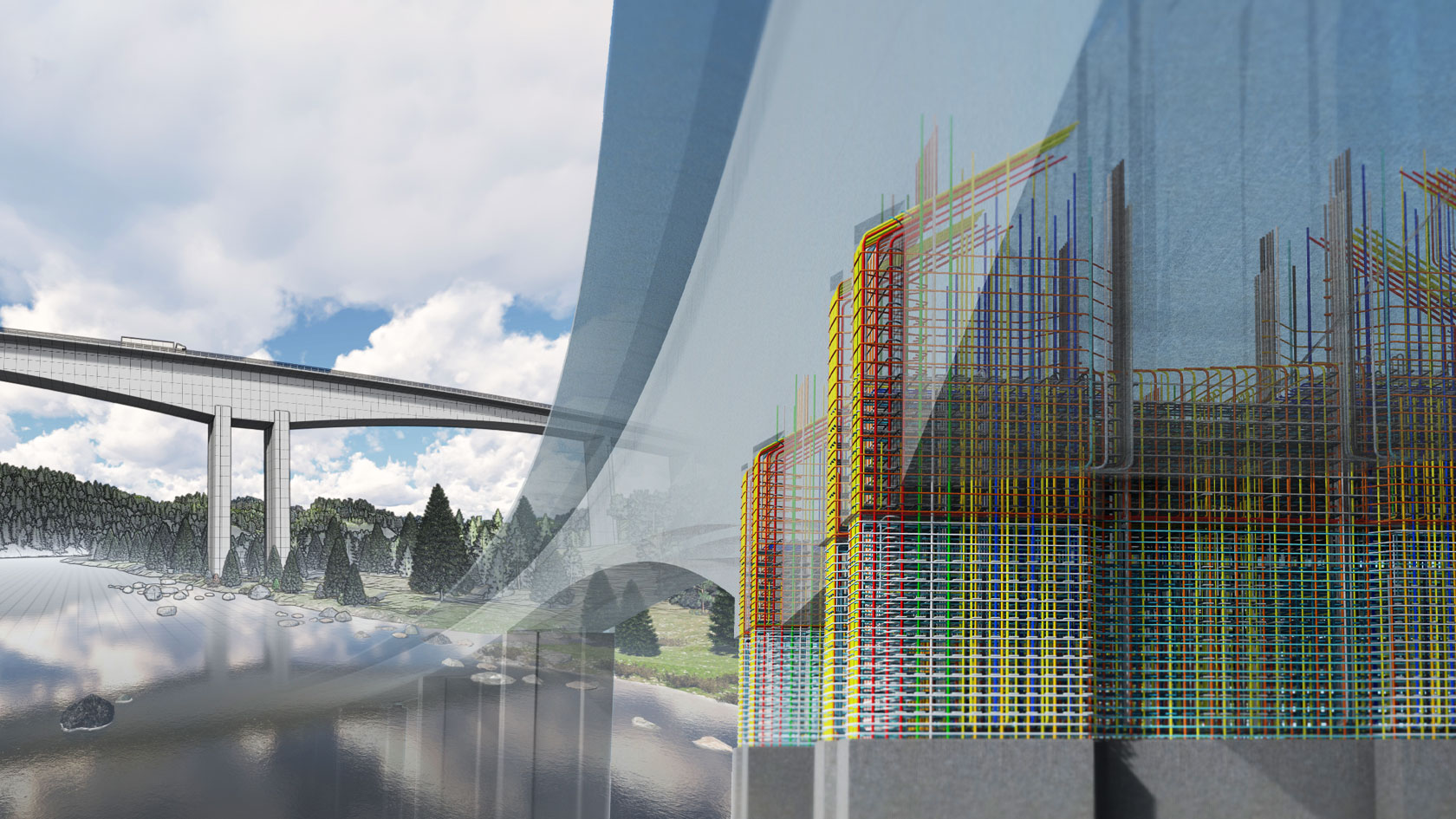 Øystein Ulvestad is a Norwegian structural engineer and BIM developer who uses Tekla Structures to model bridges in 3D. We spoke to him about the benefits of modeling pours in Tekla during a bridge’s design phase. 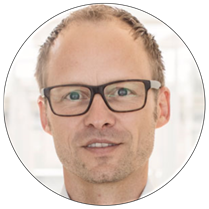 Ulvestad has been working with Tekla software for almost 20 years. In the first part of his career, he used it to design steel trusses, connections, and other structures for industrial buildings. He then joined an infrastructure group that was using Tekla Structures to make concrete bridges. Since then, Ulvestad has designed some 30 bridges with the software.

Today, he leads the bridge design team at Sweco, the engineering consultancy behind the Randselva Bridge project – the winner of the 2020 Tekla Global BIM Awards. Randselva is a 634-meter-long cantilever concrete bridge built solely based on BIM models, without any drawings.

“Tekla works very well in combination with parametric design,” says Ulvestad. “Your design becomes a lot more flexible, and human error can be eliminated. Also, the parametric script is reusable.” 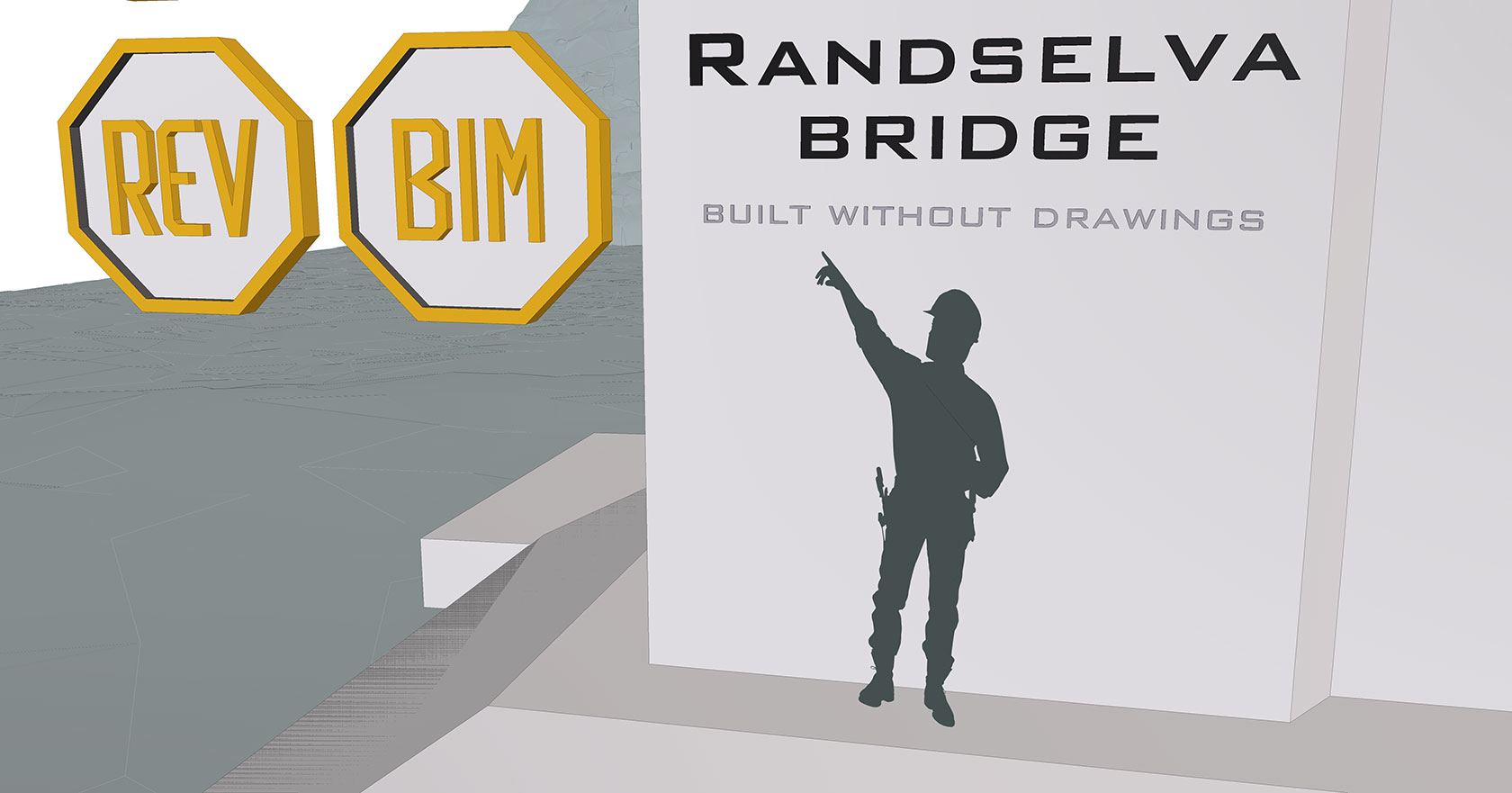 Ulvestad says that before the advent of drawing-free projects, a bridge the size of Randselva would typically require the production of some 250 traditional drawings. When information transfer is based on a BIM model instead, then it’s very important to be able to model pour objects with millimeter precision. Tekla Structures achieves this by intelligently merging touching concrete elements of the same concrete type to create pour objects. Any overlapping volume is eliminated, and properties can be assigned to this new pour object, making pour planning a lot easier than it used to be. This is one of the many patented features in Tekla Structures.

“The bridge I’m working on at the moment has over 200 pour objects,” he says. “When you’re building something this big, it’s not feasible or possible to pour all the concrete at the same time. So you need to divide your concrete pour into phases. This is why we model pours in Tekla Structures for all the concrete bridges we design.”

“Tekla Structures is a fantastic tool for this, as merging and dividing concrete objects is easy,” says Ulvestad. “Tekla also visualizes the pour phases – or building sequences – in a very good way. This is vital in large, complex structures like bridges. It makes life at the building site a lot easier too, as the builders then have the exact quantities and dimensions of both concrete and reinforcement for all their pours.” 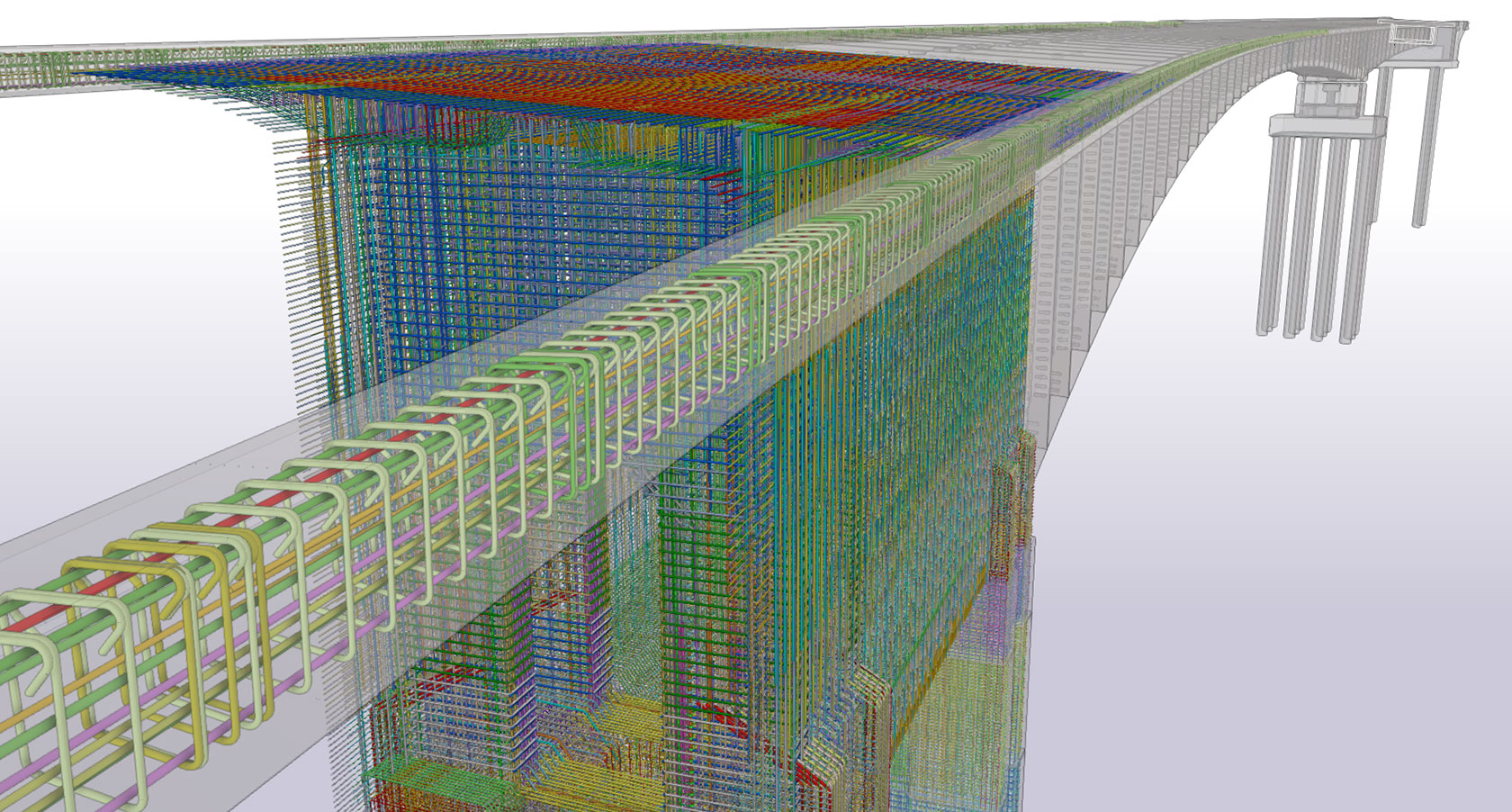 Ulvestad says that being able to visualize the pour geometry early in the project allows him to design and detail the structure much more accurately.

“In complex projects, we work together with the contractor to find out what scaffolding machinery is going to be used in specific pours, and we consider that in our design tool,” he says. “Pour geometry often dictates the shape of the rebars, so pour modeling is a big advantage when looking to get more accurate rebar designs.”

Made for parametric design

Ulvestad says Tekla’s automatic pour merging feature is particularly useful when designing concrete bridge abutments and hammerheads – both of which are modeled using a number of different merging shapes. 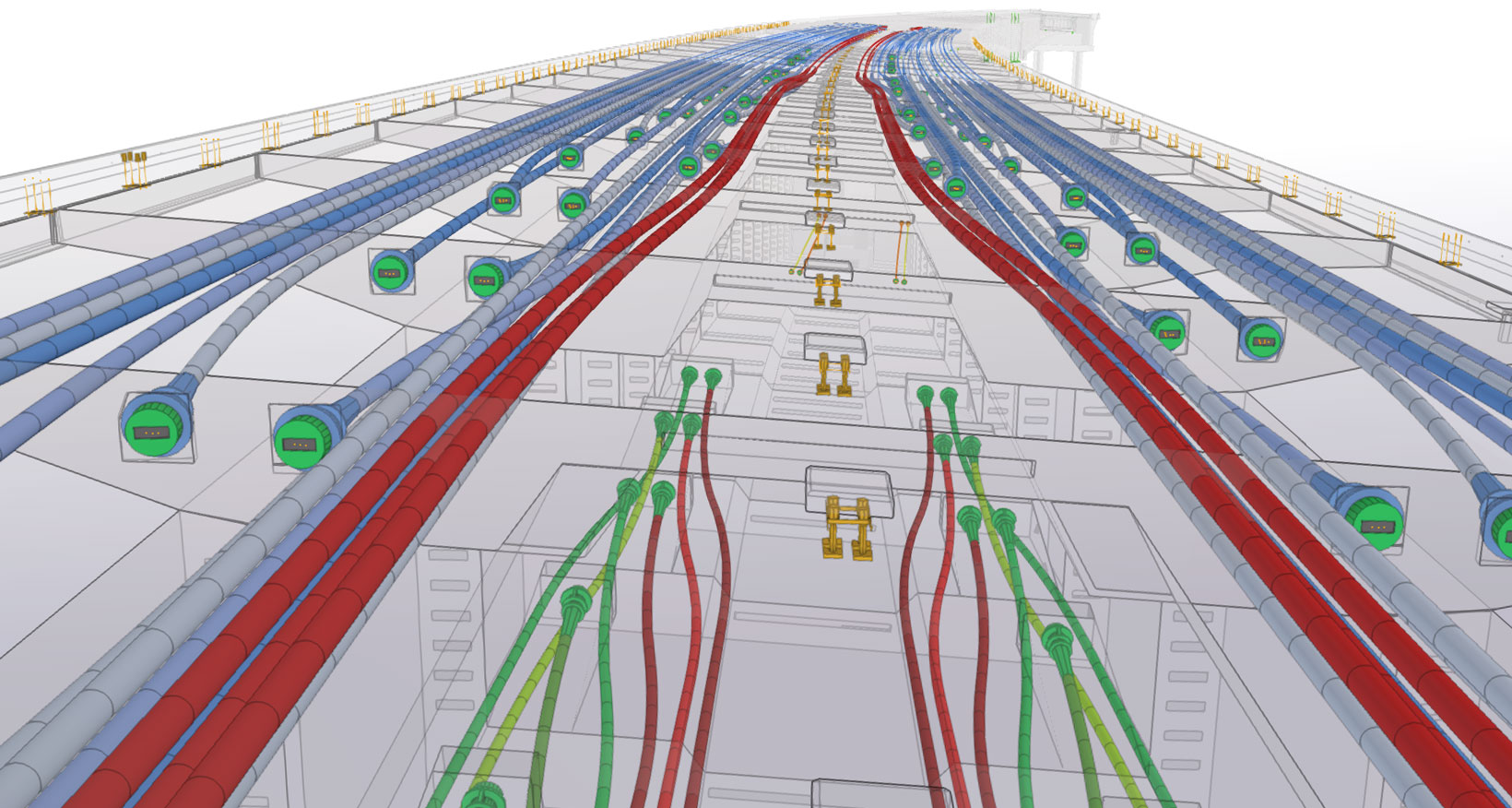 “When it comes to pours and their complexity, cantilever sequences are always hard to model,” he says. “You have walls, slabs, indentations, and blisters. The different elements are modeled separately, but Tekla Structures merges them into a single pour object.”

“Designing a concrete bridge is a 200,000-piece puzzle that you cannot foresee the end result of when you first start producing it,” says Ulvestad. “No two-pour phases are similar, and modeling them without parametric design would be close to impossible.”

“Fortunately, the integration between Grasshopper, Rhino, and Tekla Structures is very well developed, so we have had very few problems to model pour phases and unique designs. Tekla’s ability to merge elements sharing the same pour phase property gives us flexibility. Some elements can be designed in Grasshopper, some inside Tekla, but they can all merge to form a single pour object. Tekla is easy to work with.” 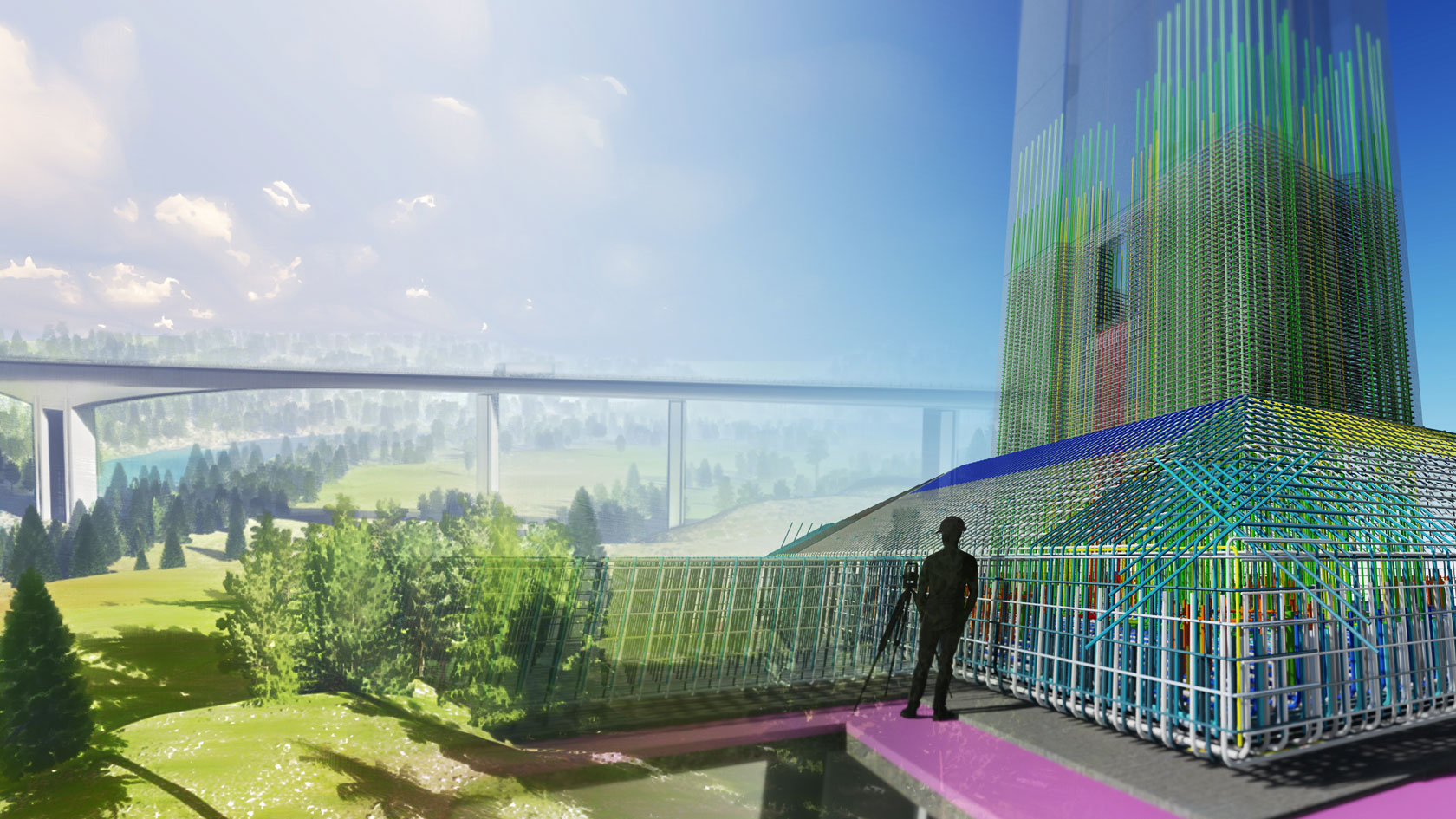 Tekla Structures was instrumental for Ulvestad and his team in designing the Randselva Bridge without any drawings. Based on a concrete box-girder design that uses the balanced cantilever method, the bridge rests on six piers ranging in height from five to 42 meters. Some 200,000 rebars lie within concrete added in 200 separate pour phases.