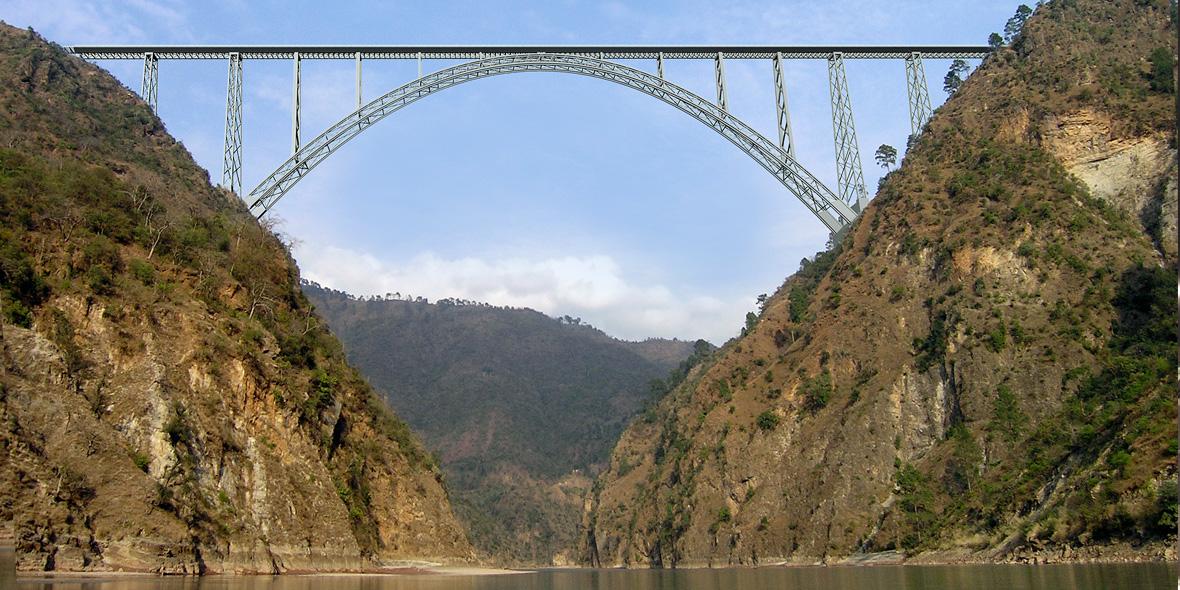 WSP Finland aims at advanced design methods for efficient and optimized steel and concrete bridge design. This is why they have chosen to utilize Tekla Structures’ 3D modeling properties in several bridge projects.

Bridge design is one of the areas of expertise for which WSP Finland is best known. The company develops bridge solutions and design, covering large and small entities, and is considered the leading Finnish expert in the development of 3D design technologies. Indications for this are, for example, developments with universities and the corporate sector. 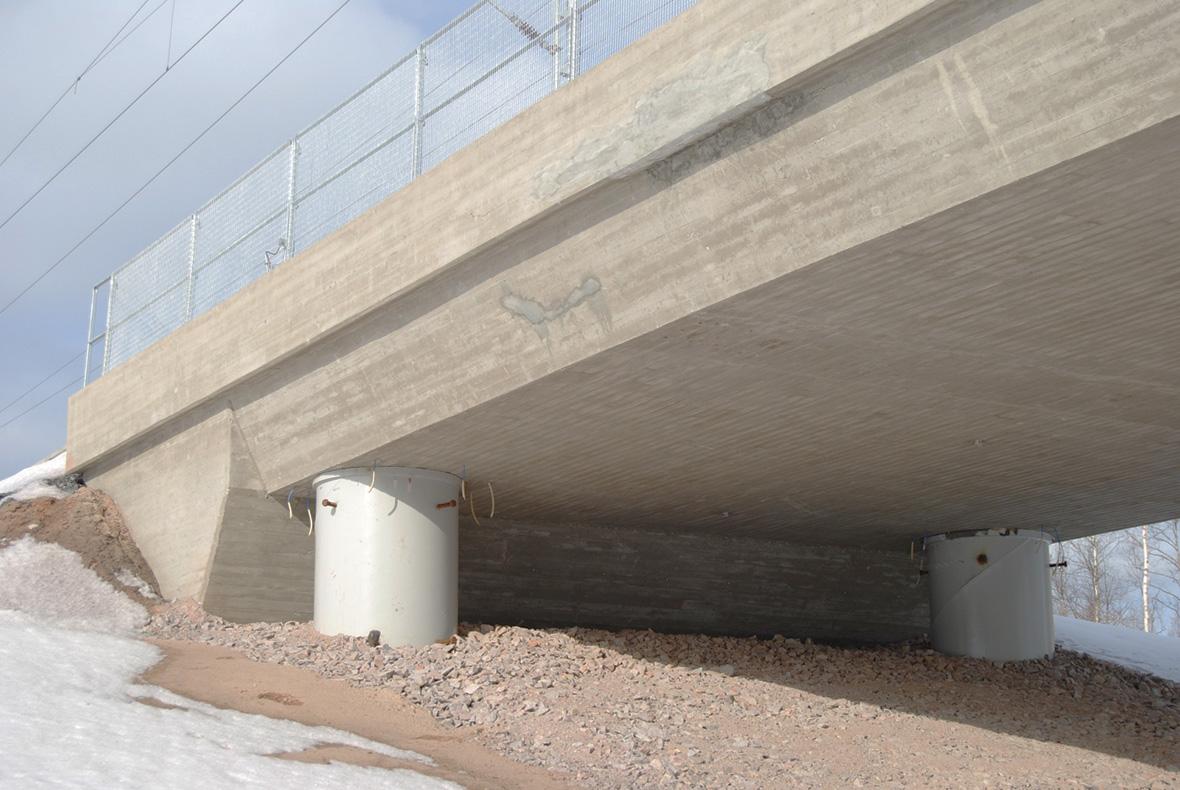 According to WSP Finland’s IT Development Manager Antti Karjalainen, 3D modeling is a natural development for the industry. ”3D modeling in building and construction is like moving on from typewriters to word processing,” he compares. ”We aim at advanced methods for efficient and optimized bridge design for both steel and concrete, including the monitoring of bridges as well as wind effect and vibration studies. This is why we have chosen to utilize Tekla Structures’ 3D modeling properties in several bridge projects and aim at using the software 100% within a couple of years.”

Benefits through latest technology and model-sharing

There are several new technologies to utilize in the creation of a structural building information model (BIM) of a bridge, such as laser scanning, and many ways to further benefit from this kind of an advanced 3D model. The building data included in the model is useful to several project participants, such as the contractor/constructor and their subcontractors. The model can be used to enter and output measurements and dimensions, and with the means of laser scanning, to create a source model to accelerate the renovation of old bridges, for example. 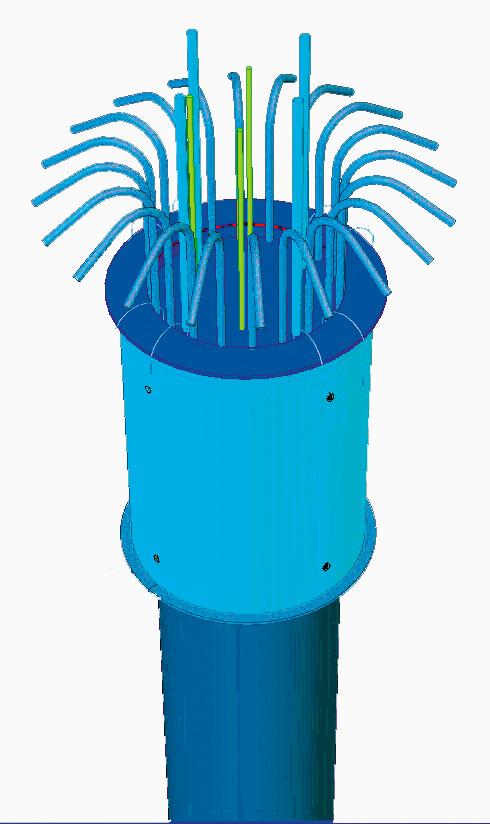 ”As the leading forerunner in 3D bridge design and modeling we’ve brought in our share to overcome the challenges of the industry,” says Karjalainen. ”The results are already beginning to show as a few contractors in Finland have ’seen the light’ – that is they have understood the added value achieved by modeling the structures.”

Carried out from 2001 to 2003, ’Intelligent Bridge’ was one of the first initiatives to create a modernized process for bridge design that WSP Finland and Tekla have participated in. The aim of the project was to develop new methods for 3D design of concrete bridges and further connect and bring the design models to the source information of site measurements. A new design concept for 3D concrete bridge design was developed and preliminarily tested. 3D working method was evaluated to generate benefits both to bridge design and site measurements. In addition, different effects and advantages on other functions in the field of bridge engineering were estimated and CAD tools for accuracy requirements comparison were developed.

Tekla Structures has been one of the software solutions and WSP’s bridge projects some of the example cases used in the studies. Working in 3D space has been shown to decrease design errors and the labor productivity of design work has also been shown to have improved. What is more important, however, is the proven possibility to connect models directly to the 3D site measurements. This eliminates transfer of errors due to human factors and data format conversions.

The ’5D Bridge Consortium’ since 2005 has been a discussion and development forum and a continuum to the Intelligent Bridge project. Its aim is to utilize information beyond the three dimensions, phase by phase through the total process of bridge design and construction. The  tools for this include 3D laser scanning and GPR and use of Tekla Structures as well as other compatible advanced  software. There are around ten pilot projects available for 5D experimenting on road and railway bridges, and the work to prove the benefits continues. According to the consortium’s latest results, moving on to 3D modeling in bridge design seems to have become significantly more common. Several important actors in the industry have also shown their interest in joining the consortium.

The world’s highest railway bridge crossing over the Chenab river in India is under construction. Due to the harsh terrain and climate, its construction is a challenge of schedule compliance, technical excellence, and logistical management. WSP Finland was appointed lead designer for the impressive steel structure and decided to use Tekla Structures 3D modeling software to get the job done. Advanced design methods have brought efficiency and optimization into this pioneering project. Tekla Structures includes an extensive range of connections, and its automated clash checking efficiently exposes conflicts before they’re too late to correct.

”It always pays to design steel by modeling,” says Head of the WSP Finland bridge unit Pekka Pulkkinen. The Chenab bridge is extremely challenging logistically, as the terrain in India is rough and the roads are poor. Tekla Structures has made it possible to organize the plate material for better logistics. The software also helps in getting the plans accepted by local authorities: an accurate, visualized 3D model is much easier to present than 2D drawings. Moreover, there is a need for special features, such as temperature correction (steel +20ºC, concrete 0ºC). For reinforced concrete, the braces,  elements, and block constructions are easy to execute in Tekla Structures. Due to its dimensional accuracy and steady coordinates one can always be sure that the result is what was expected. 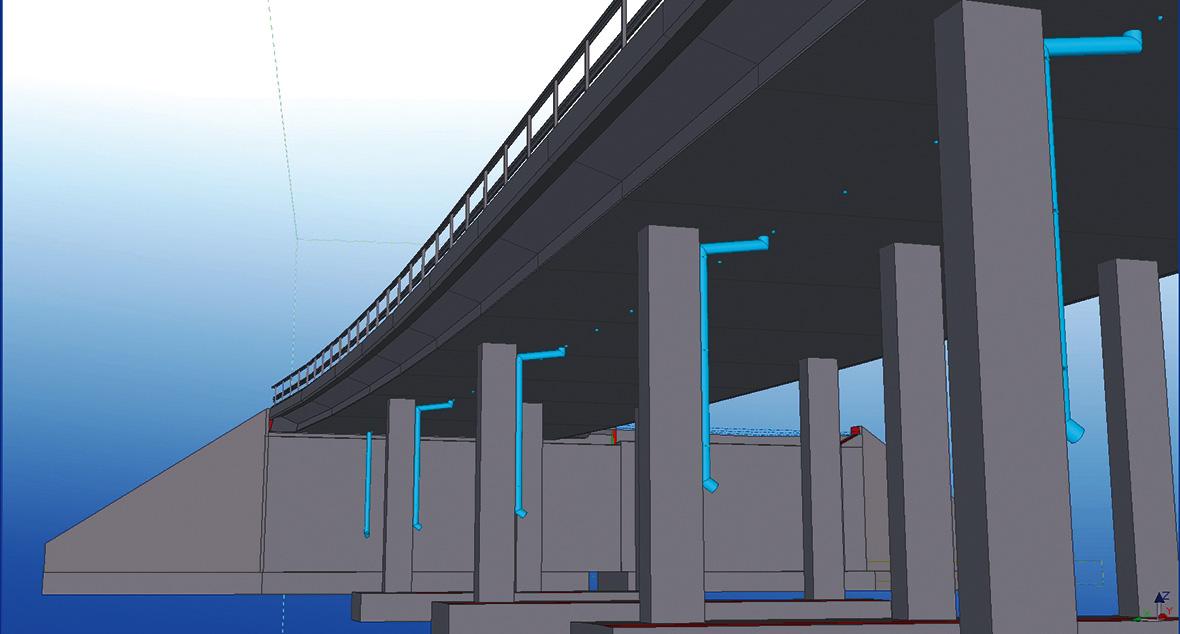 The Varikko depot bridge in Kajaani, northern Finland, was a renovation site where the earlier broadened, old side of the current bridge structure was demolished together with the depot building under the bridge that forms an integral part of the bridge. This is a bridge made of reinforced concrete with a curved horizontal geometry and a constant cross-section. It spans 15.3+14.8+14.8+11.0+8.3m, useful width being approximately 15.4 meters. The concrete structure was modeled with Tekla Structures in its entirety, including base structures and also parts of the existing structure to which the new structure will be joined. When creating the modeling geometry, material obtained by laser scanning was used to locate the model in the ground coordinate system and in a correct position in relation to the adjoining current structures. Modeling the curved concrete top was no problem, but further development work was required for the reinforcement to make the group of reinforcement steel wires follow the curved contour. 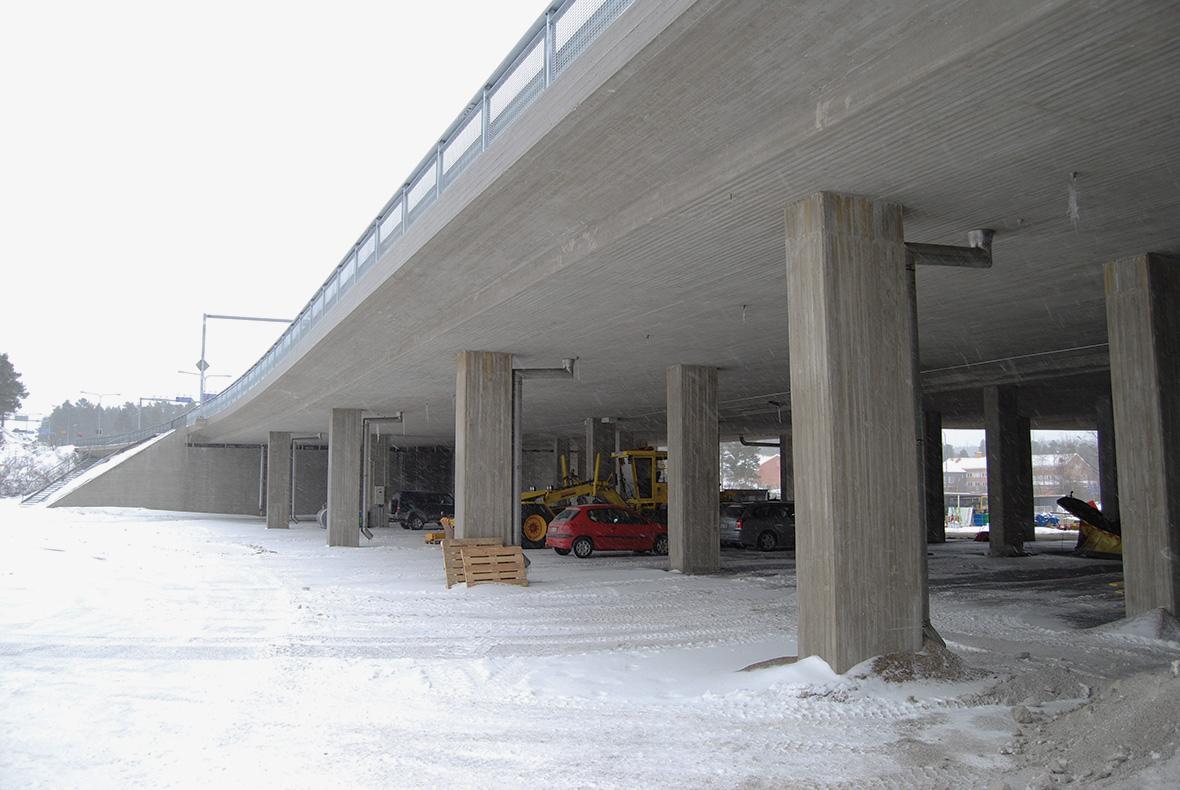 According to WSP Finland, modeling the base structures, the ground support and intermediate supports was easy and quick both regarding the concrete structures and the reinforcement. ”During the different phases of construction, the bridge geometry was measured several times, and the results were compared with the Tekla model,” says Karjalainen. ”At the same time we used the model to measure the achieved quality in the geometry. Based on this we saw that modeling in combination with the latest methods of measuring is a functional and efficient way of working. We believe it will be used more and more in the near future.”

WSP Finland designed the Madekoski railway bridge in Oulu, Finland, by 3D modeling it with Tekla Structures in 2006. The Madekoski bridge is a 7.2 meters wide continuous three-span concrete slab bridge. Its superstructure leans on composite steel pipe piles by steel connection pieces. The bridge was built by constructing the bridge deck by the side of the railway and using hydraulic jacks to move it to its final position during the railway track reservation (during interruption in train traffic and voltage supply) and mounting it on the piles that were driven down earlier through the railway embankment. The steel pipe piles of the end and intermediary supports were driven down through the railway embankment and cut to the level below the height line during the railway track reservation. Antti Karjalainen says: ”When lifting or moving the built bridge structure, it is crucial to make sure that it fits the existing base. To ensure successful fitting, we usually compare the as-built dimensions with the accurate Tekla model.”

The construction of the Crusell bridge in Helsinki, Finland, is about to start during spring 2008. For this project, the City of Helsinki requires utilizing modeling for getting the measurements right. ”The project is challenging, including a cast-in-place concrete deck, but will pay to model,” says Karjalainen.

The Crusell bridge is an asymmetric cable-stayed bridge with two openings. Tekla Structures was used to design its steel and concrete parts as well as the supporting walls on the enbankment. The span of the bridge is 92.0 + 51.5 meters with a wide passage for small boats located at the main span. The headway clearance is 2.8 meters at the walkways located at the bank. The cable system of the bridge is an asymmetric harp where the cable angle of the back span is steeper than the angle of the front cables. The towers of the bridge pylonare inclined 11 degrees backwards in the front.

For Matti Mannonen, Managing Director of WSP Finland, the trend is clear: ”In order to deliver solutions which give our clients commercial advantage, we need to sustain our position at the forefront of technical innovation. 3D modeling is becoming a prerequisite for steel structures today, and the challenges of concrete are being solved rapidly. There is no doubt that we will move on to using 3D modeling for all bridge design within the next couple of years.”

In Antti Karjalainen’s view, using Tekla Structures for modeling bridge structures is a significant advantage in convincing their clients on the design decisions. ”Modeling is not ’hype’ anymore but actually translates into better quality and thus means more valuation for the companies involved as well as for the whole industry,” says Karjalainen. Developing the software more towards bridge design will require adding specialized tools and part libraries, but these can be achieved by tight cooperation ”Modeling is fluent with Tekla Structures,” says Karjalainen. ”The geometry of a bridge is nearly always more complex than that of other structures so there is no way to get a job like this done other than by accurate and efficient 3D modeling,” he says. The WSP project team is especially happy about the clear drop in design errors when using Tekla Structures.

”As BIM has proven to provide huge benefits in the construction sector, we expect a revolution on the infrastructure market too,” says Thomas Grönholm, Sales Manager at Tekla Building and Construction. ”The value of a complete Tekla model is huge, as it is not only an efficient high quality engineering tool but also an important as-built-information source for the constructor and the project owner about measurements, material, reinforcement, project status and so on.”

”One step in this direction is the recent development project where raw data can be directly read from traffic engineering software, such as Tekla Xstreet, into Tekla Structures,” he continues. ”Based on this info, the bridge designer can model 3D alternatives for tendering in a very short time. In the future we’ll see that the structural model will include or link to information for the whole building lifecycle, including as-built, renovation and maintenance information.”

”Tight and active cooperation with WSP benefits both companies,“ Grönholm says. ”Although we have so far mainly worked with WSP Finland, we are looking forward to extensive cooperation with the users and future users of Tekla Structures in other WSP offices around the world.”