The Euro 2012 football brings 40,000+ spectators to the amber-colored PGE Arena and millions of TV viewers see the pitch. They may not notice the complexity of the stadium structure, which has been modeled using Tekla BIM software.

The PGE Arena Gdansk is architecturally one of the most interesting venues to host the eagerly anticipated UEFA Euro 2012. It is also a new landmark for the city of Gdansk in Poland.

The 50-meters tall arena is supported by an impressive steelwork structure made of 82 girders, totaling 6,440 tons of metallic elements. The stadium is a magnificent creation, and its stunning amber reminiscent exterior is topped by a steel-roof construction that covers the seated area. 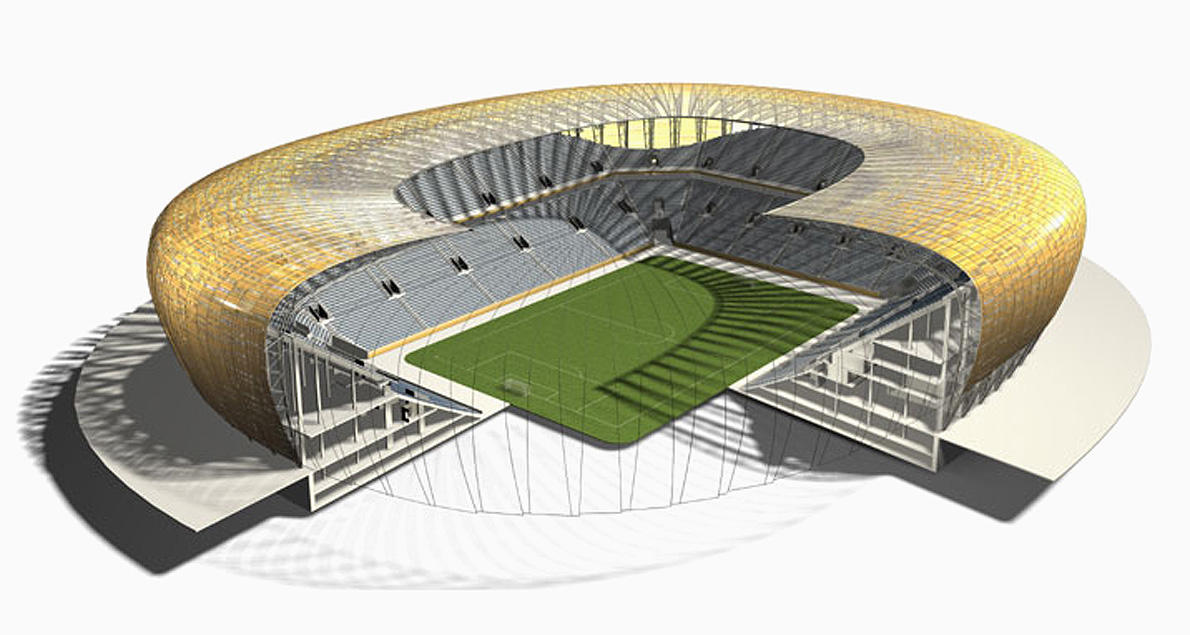 They used building information modeling to simulate all temporary constructions and the whole assembly process itself during the assembly period. The model was also utilized to compare the coordinates with actual positions during the critical stages of heavy lifting.

"This project was really demanding due to a tight time schedule and the need to fabricate and assemble all types of steel structures. BIM enabled us to optimize both time and materials and tackle assembly challenges before entering the site."

"The model provided us with detailed information about material calculations, which increased productivity and secured an error-free process with less waste. By using BIM software we knew that the modeled parts fit as they should when put in place. Also, the whole modeling team could collaborate on the same model, which proved out to be a real advantage," says Sylwester Faliński, Project Manager at Martifer Polska. 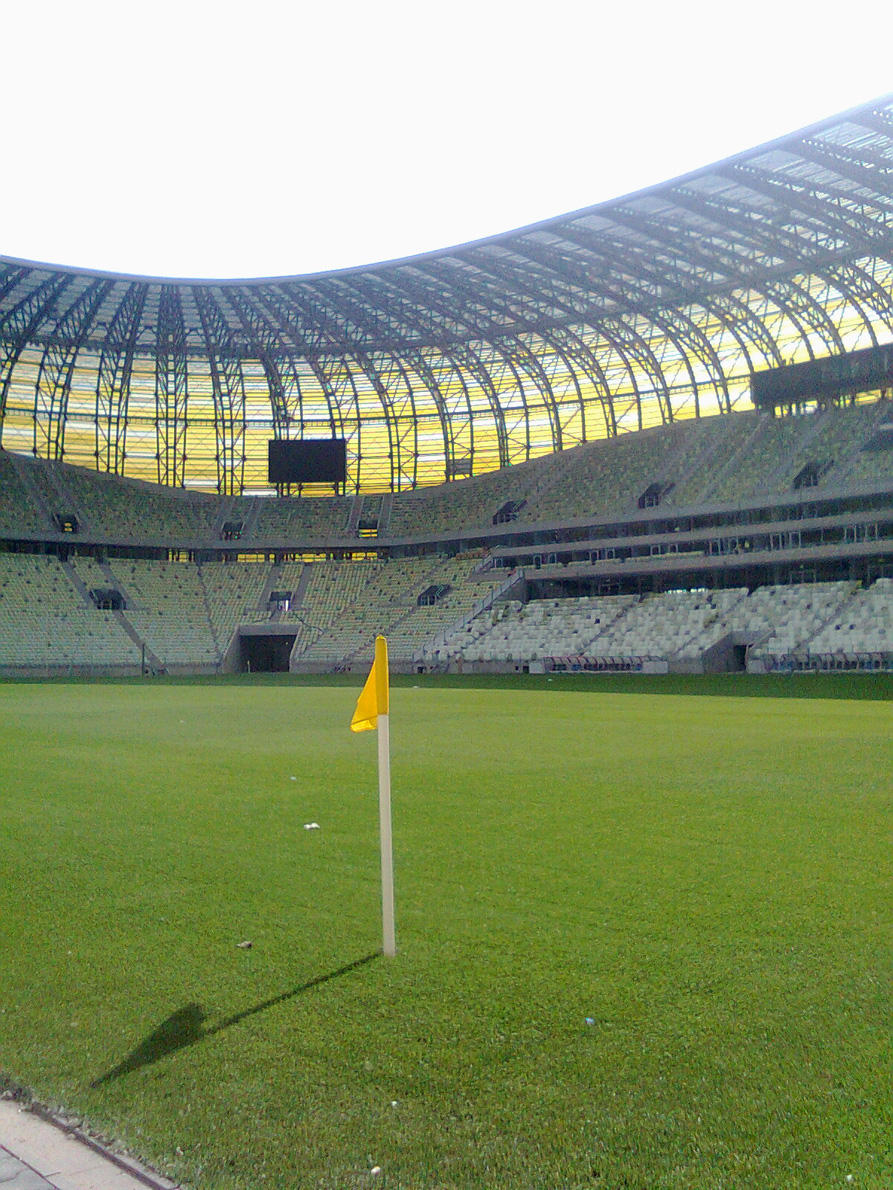 "PGE Arena, modeled by Martifer Polska, shows that Tekla BIM software is used in major projects in Poland. We see an increasing demand for BIM software in the Polish market," says Agnieszka Barczykowska at Construsoft representing Tekla in Poland.

"The 3D-model database can be shared between all project participants, which can decrease the costs of planning, site management, and project scheduling and helps avoid mistakes," Räty continues.