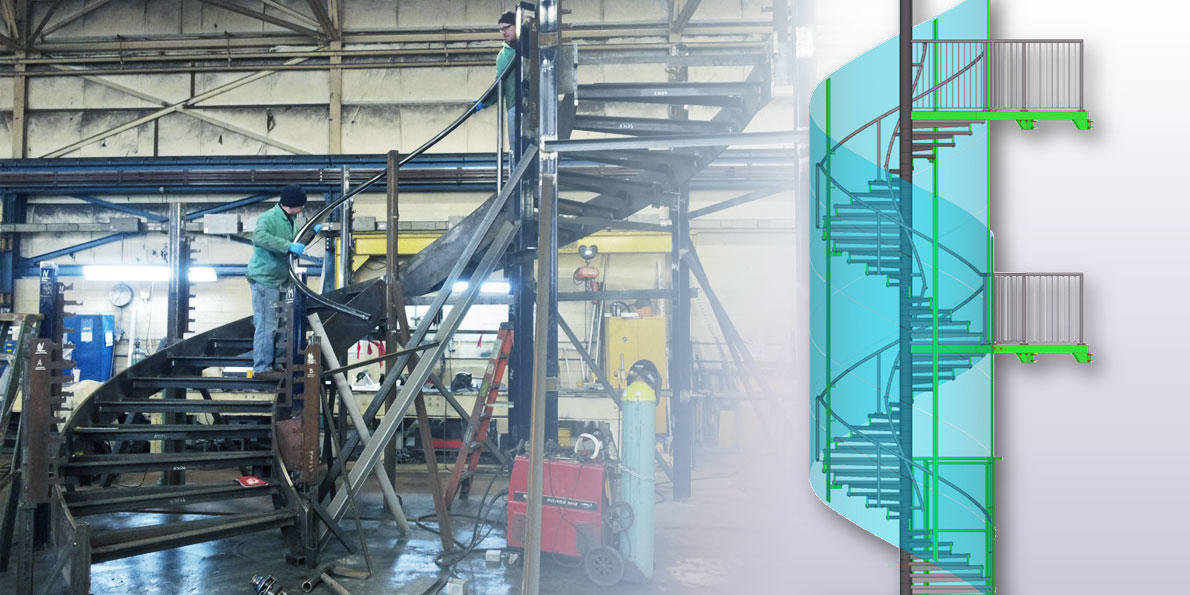 Even small steel detailing firms find the investment in making the leap from 2D CAD to a 3D detailing solution rapidly pays off in productivity gains and accuracy, as well as opens doors to better, more profitable business opportunities.

The Great Recession slowed more than the economy; it slowed the adoption of 3D detailing. With revenue uncertain, steel detailers across the U.S. delayed the move despite knowing the technology would benefit their businesses.

Doug Malm, owner of Steel Detailing Services in Sandy, Utah, considered 3D detailing in 2008 because he knew it was the future of the industry. He decided against it because of the recession. It wasn’t until business began to pick up, that he realized his firm would be left behind if he didn’t convert.

“A few years ago we started losing out on business opportunities because we didn’t have 3D detailing capabilities,” said Malm. “We decided we’d better learn to model or risk missing out on the more lucrative structural and miscellaneous steels jobs in our area.”

“I wanted to bring Tekla Structures into our firm several years ago, but the recession threw a wrench in my plans,” said Attolico. “It wasn’t until the economy got back on track that we revisited moving our steel detailing work to Tekla Structures.”

Pittsburgh-based Seech Industries, a fabrication company that engineers, details and builds commercial, industrial and high-end residential structures, began using Tekla Structures in 2011, but the catalyst for adopting a 3D detailing solution was different. Seech Industries needed to view the Tekla models created by the firm’s outside detailers.

“We started using Tekla BIMsight in 2011 and saw the benefit of detailing superstructures in 3D first-hand,” said Mark Haywiser, vice president of Seech Industries. “Today we have three Tekla Structures licenses plus one viewer license and three staff modelers. Tekla Structures has enabled us to increase our in house detailing capabilities while widening our choice of fabricators and attracting business that requires 3D detailing capability.” 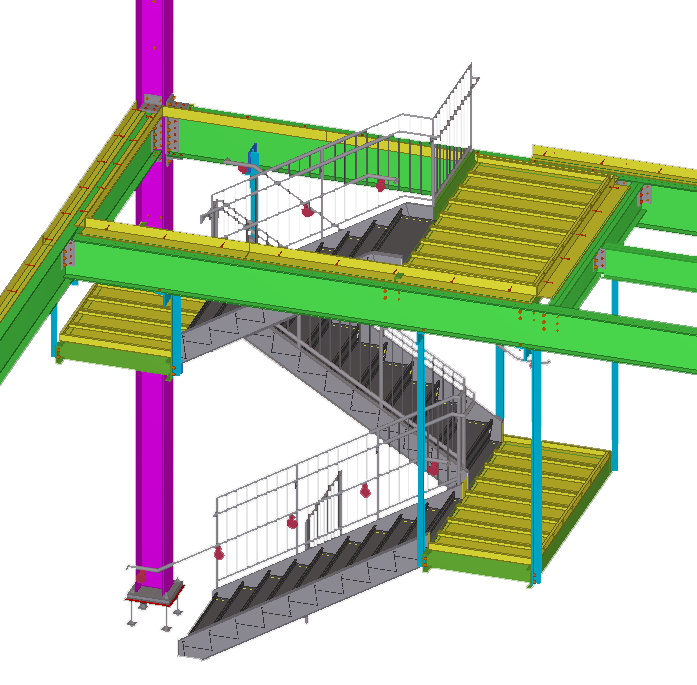 Steel detailers who model their projects in Tekla Structures agree they can complete jobs quicker and with greater accuracy, leading to more jobs and improving their relationships with clients and fabricators.

“With Tekla Structures, our projects are 100 percent accurate and we are able to complete them much faster than using CAD,” said Malm. “It has also pushed us to be more proactive at the beginning of projects by writing requests for information from the design team so that we can complete the model. It has improved our productivity immensely.”

Seech Industries found they can jumpstart the Tekla Structures model by importing a conceptual model provided by architects or engineers. The firm modeled, detailed, fabricated and erected a 100-ton job in 91 days, from the time they received the model to topping out.

“This job was a benchmark for proving to us how quickly we can turn projects using Tekla Structures,” said Haywiser. “That speed has led to increased job opportunities despite our prices being a bit higher than our competitors.”

Haywiser also credits Tekla Structures with improving the accuracy of their shop drawings.

“When we were detailing steel in 2D CAD, we could expect to have a dozen or more mistakes on a 100-ton job,” said Haywiser. “With Tekla Structures, we rarely have even one. It’s nice not to get calls from the shop or erector about things not adding up or not fitting.”

West Coast Design is taking on bigger projects since they began using Tekla Structures because they can do more in the allotted time and because they can make revisions faster, all of which help them attract more lucrative jobs. They also no longer have bill of material errors; nor do they worry about how the structure will fit together at the jobsite. The company compensated for AutoCAD’s lack of an automated BOM by creating a sophisticated checklist system, but it took much longer to produce than with Tekla Structures.

"There's tremendous peace of mind knowing the structure you've designed will go together."

“Tekla Structures automates the bill of materials, virtually eliminating human error,” said Attolico. “There’s also tremendous peace of mind knowing the structure you’ve designed will go together. You can be reasonably confident it will fit together when you design it in AutoCAD, but with Tekla Structures you KNOW it will fit. With Tekla Structures, nothing will slip by and present a problem in the field.” 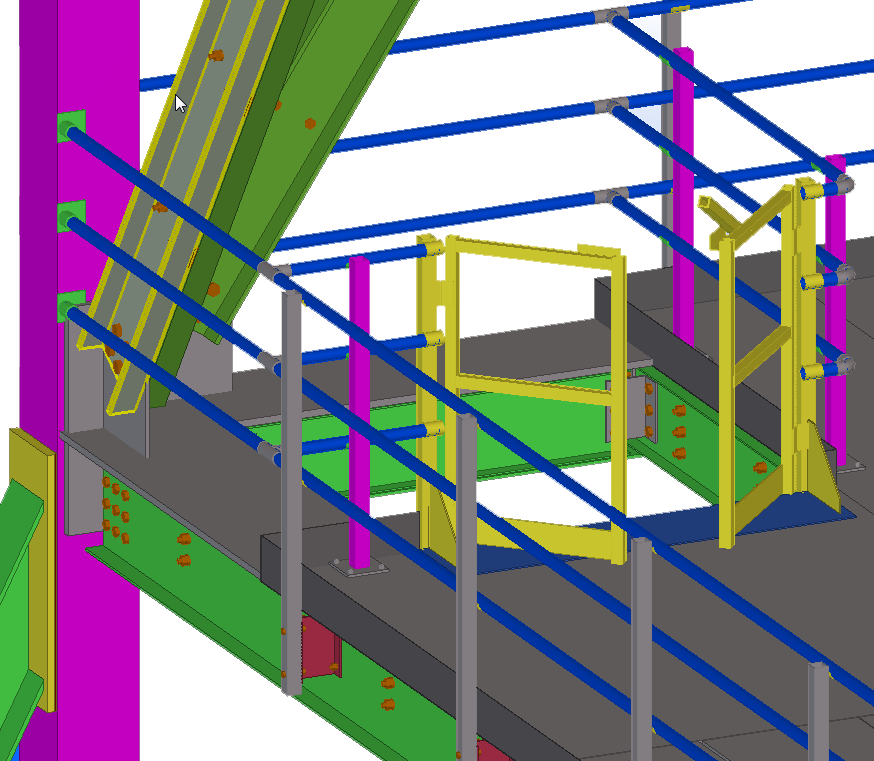 Fabricators were among the first to create 3D models. Today, most shops drive their steel fabrication machines from data imported directly from models. It’s a major benefit to them if they can use this data, rather than manually creating it from scratch for each part on the shop floor.

“Tekla Structures has opened doors for us with the larger fabricators in our area,” said Malm. “Since they require CNC files, which I can produce with Tekla Structures, I now bid bigger projects among a broader base of clients.”

Seech Industries subcontracts projects to a number of fabricators in Western Pennsylvania. Being able to provide CNC data gives the company a larger selection of fabricators from which to choose.

"Tekla has opened doors for us with the larger fabricators in our area. Since they require CNC files, which I can produce with Tekla Structures, I now bid bigger projects among a broader base of clients."

“Tekla Structures gives us more flexibility in finding top-flight fabricators for our jobs, because they like working with us,” said Haywiser. “For example, we frequently get calls from a fabricator who uses Tekla Structures when they need to fill their schedule. I send them the KISS file and they load it into their steel management software to quickly generate a bid. If it’s within our budget, we send the job to them. They gladly take our jobs because they know the quality of the Tekla Structures models we provide. Tekla Structures provides a definite competitive advantage for us by making it much easier to get the best subs for our jobs.”

Watch a webinar about efficient miscellaneous steel detailing and fabrication

While not all in the AEC industry share 3D models for fear of liability, many see the benefits outweigh the risk. Mark Haywiser says Seech Industries shares their Tekla Structures models with owners, design teams, engineers, general contractors and other subcontractors, and uses models provided by others when it benefits them. Integration to fabrication machinery and linking to industry software solutions save on manual work and reduce errors.

“We share our models because we like it when people share with us,” said Haywiser. “We recently sent a Tekla Structures model file to an engineer who uses Revit to get a fast-tracked project approved since we didn’t have the drawings completed. He imported it into Revit, made sure everything lined up with the grids and elevations and that the steel sizes matched. He approved it and we ordered material. He told us to send the 2D drawings for the record when we finished them. It’s the first time we’ve had a job approved on the basis of a model alone, but we believe this eventually will become a commonplace practice.”

Steel Detailing Services also gets requests for IFC files of their Tekla Structures models from design teams and general contractors who want to use them to complete a 3D model for the project owners.

Well worth the time and effort to switch 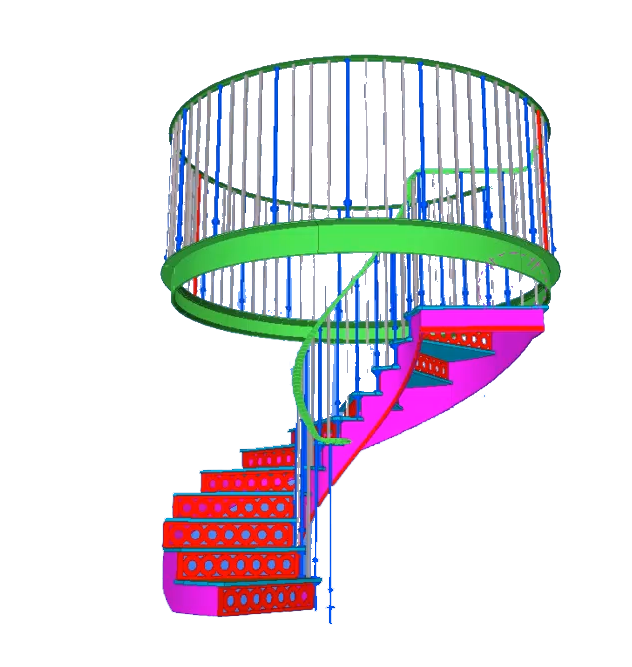 All three firms acknowledge that 3D detailing is a worthwhile investment, but getting the staff onboard can take some finessing. Before Tekla Structures, Steel Detailing Services tried a 3D detailing program that was hard to use, navigate and learn on production work, giving the detailers another reason to cling to 2D, and Malm a reason not to push it.

“Everyone had their own fears of learning something new but as we got into Tekla Structures and saw how it worked, the excitement took over,” said Malm. “Tekla Structures is much more user friendly than the first modeling program we tried and it lends itself to learning during production. Becoming proficient varied with the individual. Based on the uptick in our business since we adopted Tekla Structures, I believe most companies can recoup their investment in a Tekla Structures license in a year or less.”

"We had to push our detailers into modeling, but once they realized how much easier it makes their jobs they will never go back to 2D."
- Mark Haywiser, Vice President, Seech Industries

Haywiser admitted that getting everyone onboard with 3D detailing at Seech Industries required some education. Four years later they continue to uncover new ways to improve their business with Tekla Structures and are eager to tap into more.

“We had to push our detailers into modeling, but once they realized how much easier it makes their jobs they will never go back to 2D,” said Haywiser. “We’re constantly learning new ways to use Tekla Structures to our advantage. For new ideas and techniques, we monitor Tekla web forums, view Tekla videos on YouTube, participate in Tekla user meetings and check the Tekla User Assistance and Tekla Warehouse weekly. Keeping abreast of new developments and techniques keeps it fresh and exciting. That’s how we learn.”

Seech Industries is becoming proficient in some of Tekla Structures’ advanced features. They are shaving time off their detailing projects by utilizing standard features and creating custom components in Tekla Structures, including one for a proprietary stair tower they expect to reuse for several projects annually.

Attolico, from West Coast Designs, said making the switch from 2D to 3D can be challenging and it takes commitment. He recommends having the detailers learn to use Tekla Structures on smaller jobs that don’t have tight deadlines, or to give them projects as an exercise. Within three to eight months, West Coast Design’s detailers were proficient Tekla Structures modelers.

“It’s like any other program you introduce into your company; it takes time to learn,” said Attolico. “The steel detailers in our firm were definitely resistant to change. They were really good at their jobs and it made them nervous and stressed them out just thinking about it. But now that they’ve learned how to use Tekla Structures, they don’t want to go back to detailing steel in AutoCAD. In fact, they refuse. The way I see it, going from 2D drafting to 3D detailing is a necessary step in the evolution of our industry. It’s a game-changing shift.”

“Three things prevented me from adopting 3D detailing ten years ago,” said Malm. “The first was the fear of learning a new system, the second was having to earn a living while learning it and the third was the cost. If I had known then what I know now, I would never have waited so long.”

Watch a webinar about efficient miscellaneous steel detailing and fabrication