In 2002 Saipem and Tekla joined on a technical project to get Saipem’s Offshore division started in using the Tekla Structures software. The technical team at Harpaceas (Tekla’s reseller in Italy) first worked with Saipem’s design teams in San Donato Milanese to determine the relevant technical issues in this critical design sector. They then cooperated directly with Tekla’s development teams to develop a customized application and also used their own development resources based in Italy. 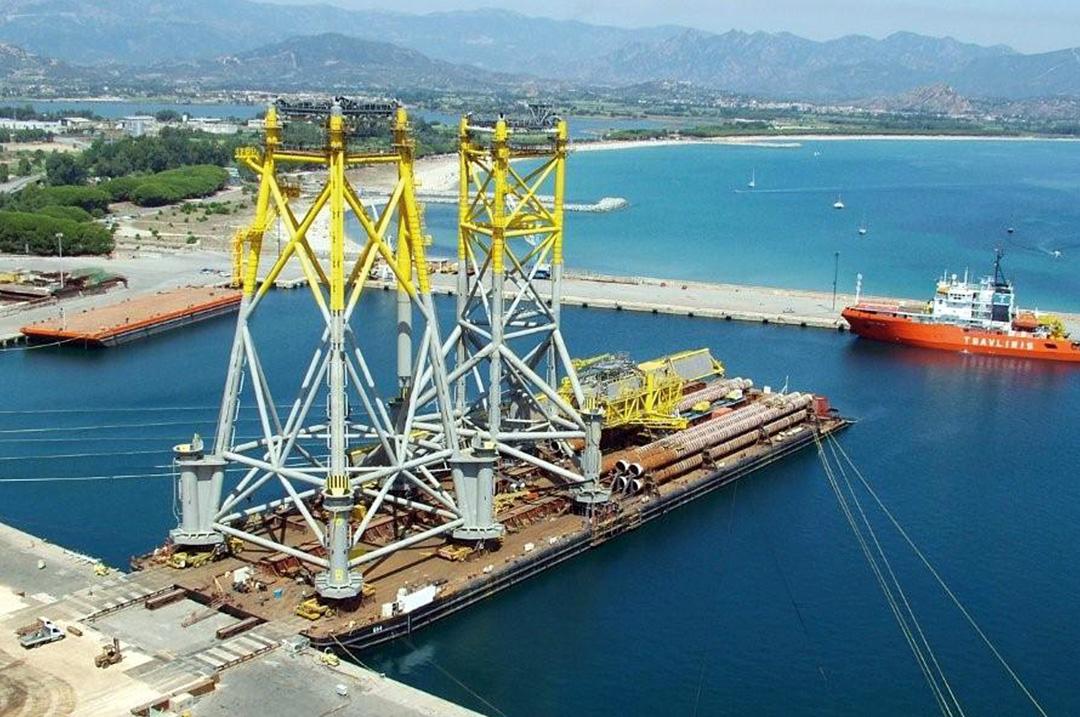 Halfdan BB is an unmanned platform situated in the North Sea at a location where the depth reaches 50 m. The platform’s substructure consists of traditional tubular cable profiles which are welded together to form a tower lattice with three arms joined below to the foundation pylons. The deck is supported by the jacket’s three pillars which are spaced apart at a distance of 18 m. All of the technical equipment is situated on the deck along with the platform’s auxiliary services. The platform also supports a bridge to the other two platforms installed in the same area. 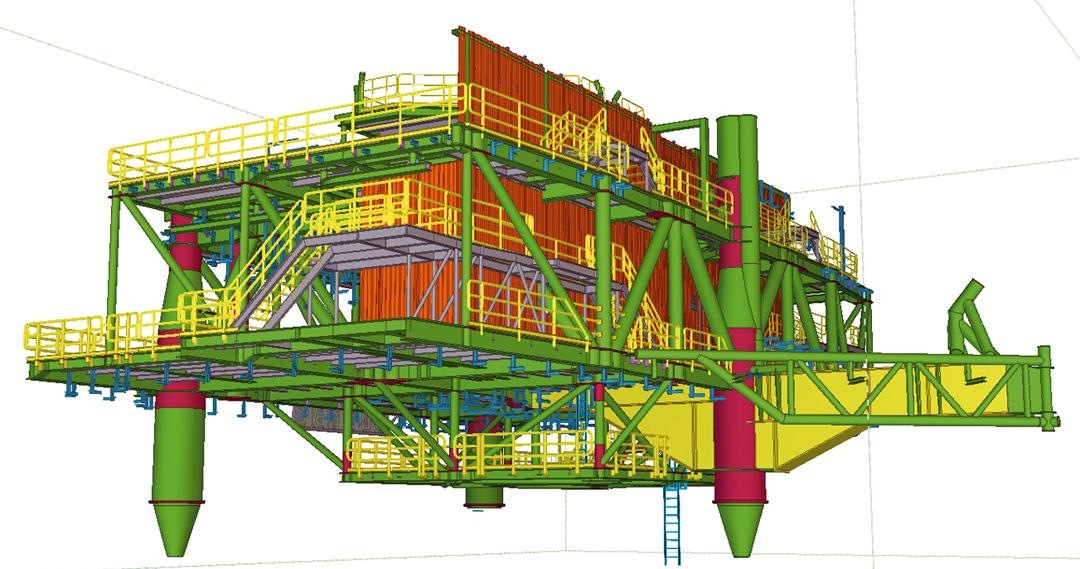 The design of the deck structure was done with Tekla Structures right from the early stages of the project. Modeling began with the main steel structure as soon as the calculations were completed on the computer. The model encompassed all of the reinforcements and minor elements such as the connecting joints welded between the main beams. As soon as information about the equipment was available, the designers moved on successively to the secondary structures with all of the required detailing. 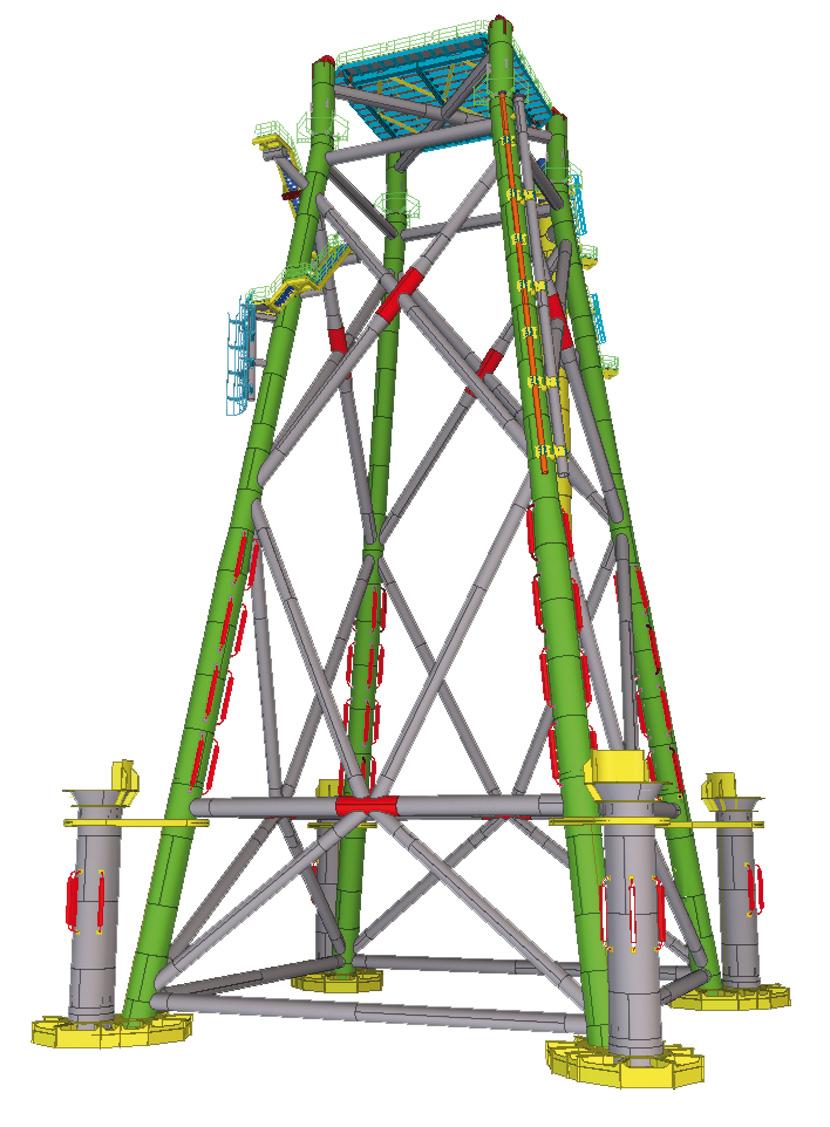 The Awa platform is a structure used to extract fuel oil with 12 slots. It is installed offshore from Congo at a depth of about 76 m. The jacket consists of a frame structure with four arms which are positioned over four preinstalled foundation pylons and securely attached to them. The deck is supported on the four arms of the jacket. Its total weight during operating conditions is about 3000 t. On the western side of the deck, a cantilever flare extends over about 60 m. Tekla Structures was used to model the entire structure including the jacket, deck and flare. The 3D model of the entire platform was also used to characterize all of the other structural components, provide lists of needed materials, monitor the weight and the position of the center of gravity, and prepare the project plans and workshop detailing.

Clearly, the most significant benefit is the availability of a single structural model from which we can extract project plans and detailing, lists of materials, weights and centers of gravity. The software also allows direct interfacing to the piping model in PDS,” noted Giuseppe Frigerio, Engineer at Saipem.   “The program was customized to handle our needs related to material management, construction phase management and integration with corporate standards (standard joint macros and customized user attributesand material lists). Another useful function provided by Tekla Structures is simultaneous access by multiple users to the same model.” 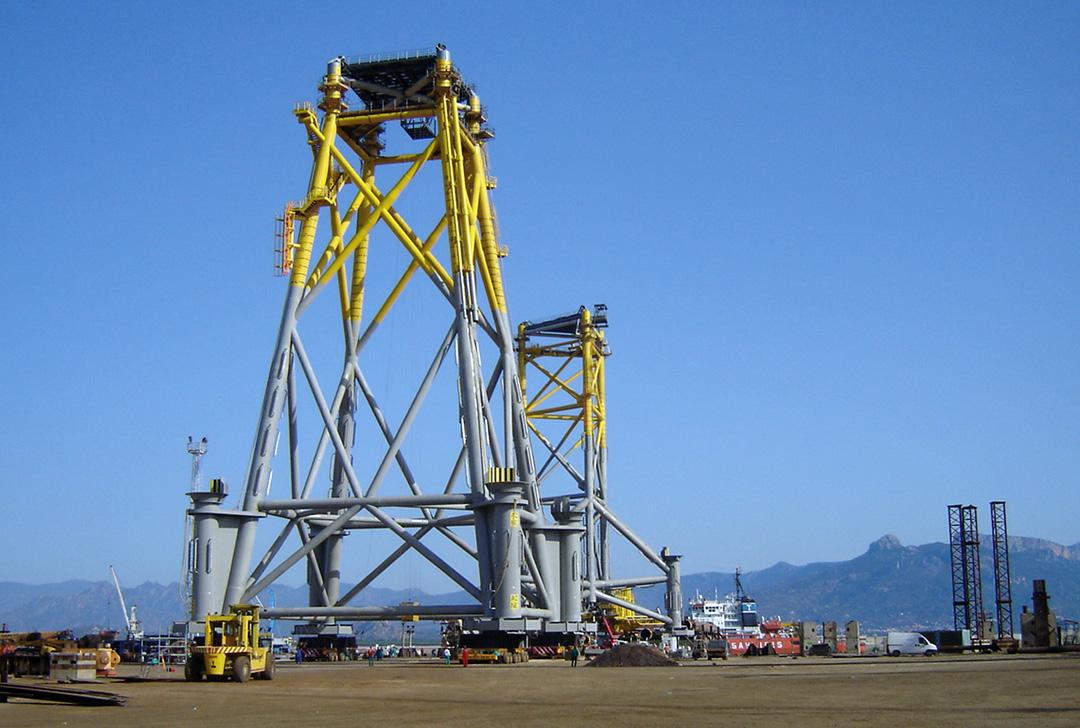 “Modeling the design of an entire platform with small dimensions, such as Maamoura, required a single designer for the deck and another designer for the jacket. Without Tekla Structures, we would have definitely needed one more designer.”

“However, the greatest benefit of using Tekla Structures lies in the ability to oversee the whole project since all of the information is encompassed in the model. This is also true of the execution of feasibility studies and initial steps, assessment and evaluation of weights and centers of gravity and the speed of verification of project variations over the course of the work.”

“We believe that in the future, Tekla Structures will contribute to further boosting the efficiency of our work processes as well as the quality of the results that can be derived from the model,” concluded Frigerio. 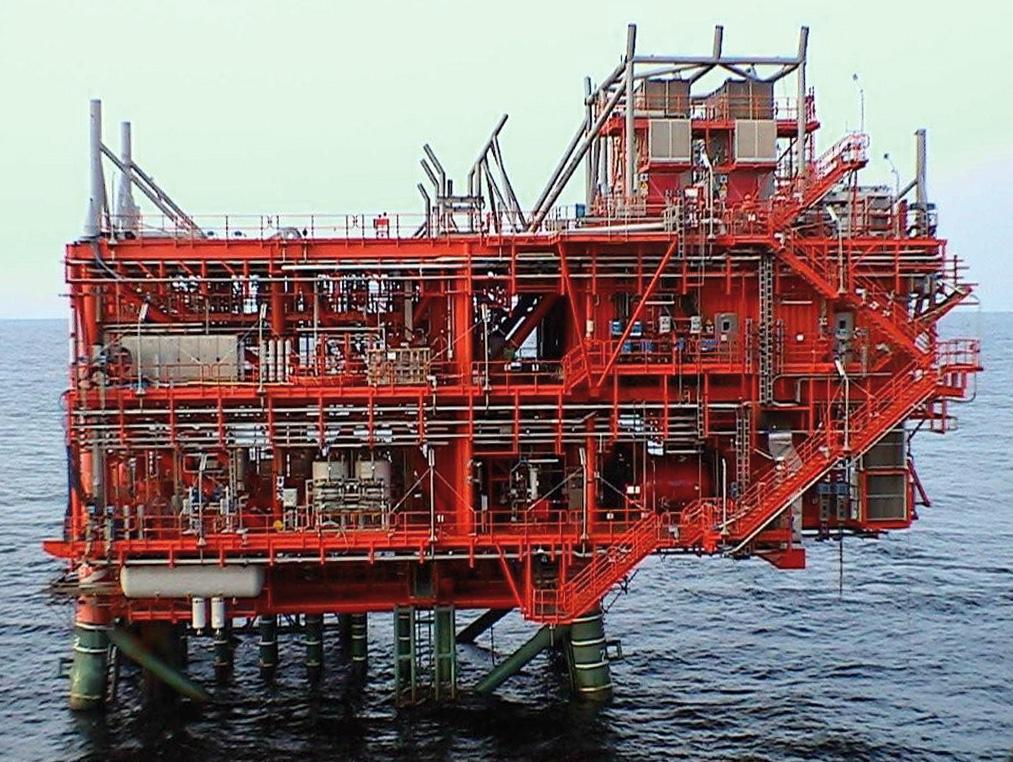 Crossing ocean and sea, Saipem’s offshore activities division has built a global reputation as one of the true innovators in its field. Since the late 1950s, the company has continually updated and advanced its capabilities to anticipate the ever greater demands of the market. Saipem’s pioneering work in pipeline installation is matched by its experience installing offshore platforms around the world, mastering both the heavy lift and the floatover techniques. Over the last ten years, Saipem has completed some 120 offshore construction projects – including modular deck drilling and production platforms, integrated deck platforms, wellhead platforms, accommodation platforms, FPSOs – often, and increasingly so, in an integrated contractor role. Current potential of Saipem fabrication facilities exceeds an aggregate of 130,000 t per annum. More information at www.saipem.it