The Dragons installation at the Imperial Palace resort on the island of Saipan combines aesthetic beauty, technical skill and cultural significance on a scale seldom seen.

The dragon is a symbol of power and luck in Chinese culture, mythology and art. For thousands of years, the mythical creature was associated with the Chinese emperor. It also appeared on China’s first national flag.

One of the more common ways for dragons to be portrayed is as a pair, often fighting over a flaming pearl associated with energy, wisdom and prosperity. This is the scene that Czech jewelry, glass and lighting masters LASVIT were asked to create in an installation for the Imperial Palace resort on the Pacific island of Saipan.

Hanging from the ceiling in the vast atrium of the resort’s casino, the installation features two 50-meter-long dragons facing off over a vast flaming pearl. The dragons are covered with more than 13,000 stainless-steel scales, each of which is handwoven with almost 200 Swarovski crystals of the type typically used in earrings. In total, the installation uses more than 2.5 million crystals – making it the world’s largest jewel piece.

It’s also the world’s largest chandelier, with some 300,000 LED chips covering the installation to create a lit surface area of more than 700 square meters. The computer-controlled chips light up the crystals with different lighting combinations, so there is always something new for return visitors to admire.

“This installation is on a scale the world has not seen before,” says LASVIT Partner and General Manager, Pavel Kacíř. “Once we got from the design stage into the engineering part, it was very important to us not to alter anything, as there were strict technical requirements.”

“There was a weight limit of 20 tons per dragon,” says Kacíř. “On top of that, Saipan lies in an active earthquake zone that experiences frequent typhoons, so the installation is built to withstand a quake of up to seven in magnitude on the Richter scale.”

All the parts were manufactured in the Czech Republic and shipped by sea and air to Saipan. The piece took six months for the LASVIT team to install, with engineers spending much of their time working inside the dragons. They often fought seasickness from the side-to-side motion of the installation. 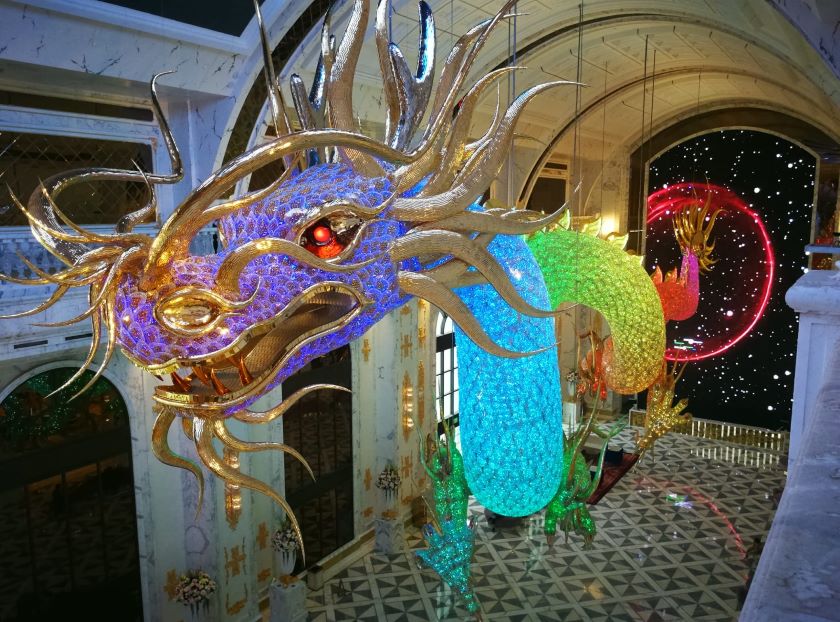 The bearing part of the installation is a stainless-steel truss designed as a 3D model in Tekla Structures by Czech engineering company EXCON. The modeling data was then exported directly into LASVIT’s machine production process to create the various steel elements.

“The entire digital 3D construction model was processed in Tekla Structures,” says EXCON Project Manager, Jindřich Beran. “This was a challenging project to model due to its size, non-standard construction and some other atypical details. Thanks to Tekla Structures, we were able to manage this complexity well.”

As part of the modeling process, production and assembly aids were prepared for the production team, together with drawings and tables of individual assembly parts and the overall structure.

“We needed to adapt the model according to the production of individual elements,” says  Beran.

“This meant accurately identifying all the different items in the structure, both by numbering them and by specifying their exact position. The data from the design model was exported to direct machine production in order to minimize the number of hand-made complex items, as hand-made always poses some extra risk.” 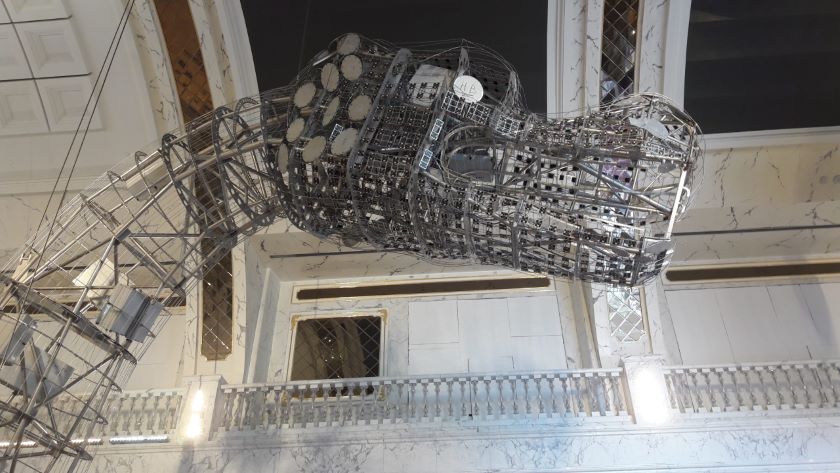 One of the most challenging and intricate parts of the process was designing the many metal hinges used across the model. Each hinge was made as a universal joint, rigid when placed in a longitudinal direction but also allowing articulated movement.

“For EXCON, this was a new experience with stainless steel components and sophisticated marking elements to facilitate and streamline the assembly,” says Beran. “Without modern BIM tools, we would not have been able to create, coordinate, comment on and subsequently bring this structure into operation.”

Read more about Tekla Structures for all project types and sizes, even specialized projects