Offshore engineers rely on Tekla: Lamprell made an educated choice for Tekla based on the speed of detailing, accuracy, consistency, and clash checks within steelwork, as well as the visual effects available with the software.

Offshore engineering provider Lamprell has been using Tekla 3D BIM software since 2007. The company’s staff was 100 percent 2D-oriented and did not have much experience earlier about 3D methods before moving on to use Tekla.

"It was quite a difficult job to make our staff understand the benefits of 3D and also to make them get their hands off AutoCAD," says Suresh Ramadoss, Engineering Manager at Lamprell Energy. "Today the same staff tells me that they cannot work without Tekla, which to me means that the transition was well worth the challenge—coupled with the fact that our engineering department no more argues with production about the accuracy of the drawings." 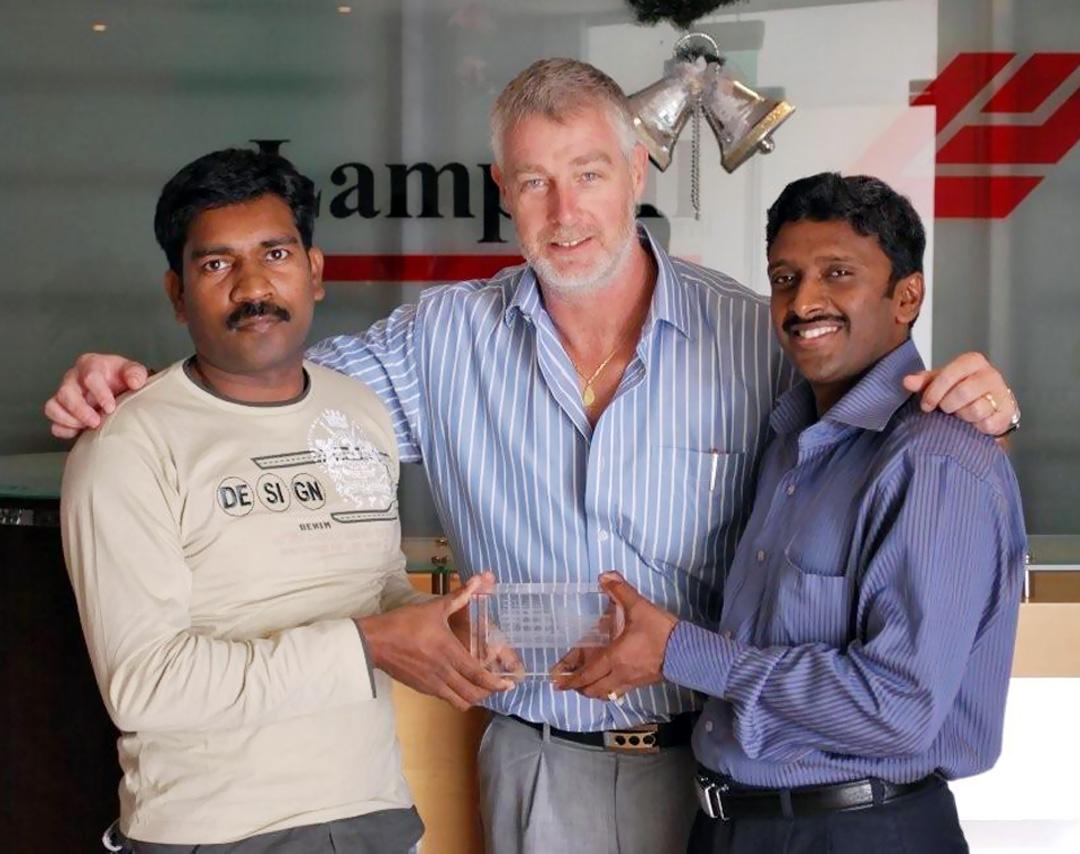 Tekla can handle larger and more complex projects compared to other 3D modeling solutions and can be utilized from initial concept studies, including 4D visualization, to the design of structures, safety systems and sustainability, and all the way from commissioning and modifications to eventual decommissioning.

"We are working on importing Tekla structural components into PDMS and converting the 3D structural model into SDNF format," Ramadoss continues. "With the latest Tekla development of model sharing and construction management, I am sure we could use Tekla for the whole steelwork life cycle."

"All structural detailers at Lamprell only work on Tekla Structures, which has made my department very efficient," says Ramadoss. "I would expect at least a 30-40% increase in the numbers in the future, provided that co-ordination problems can be overridden. With Tekla, we are saving at least 25 to 30 per cent in time compared to our earlier way of working." 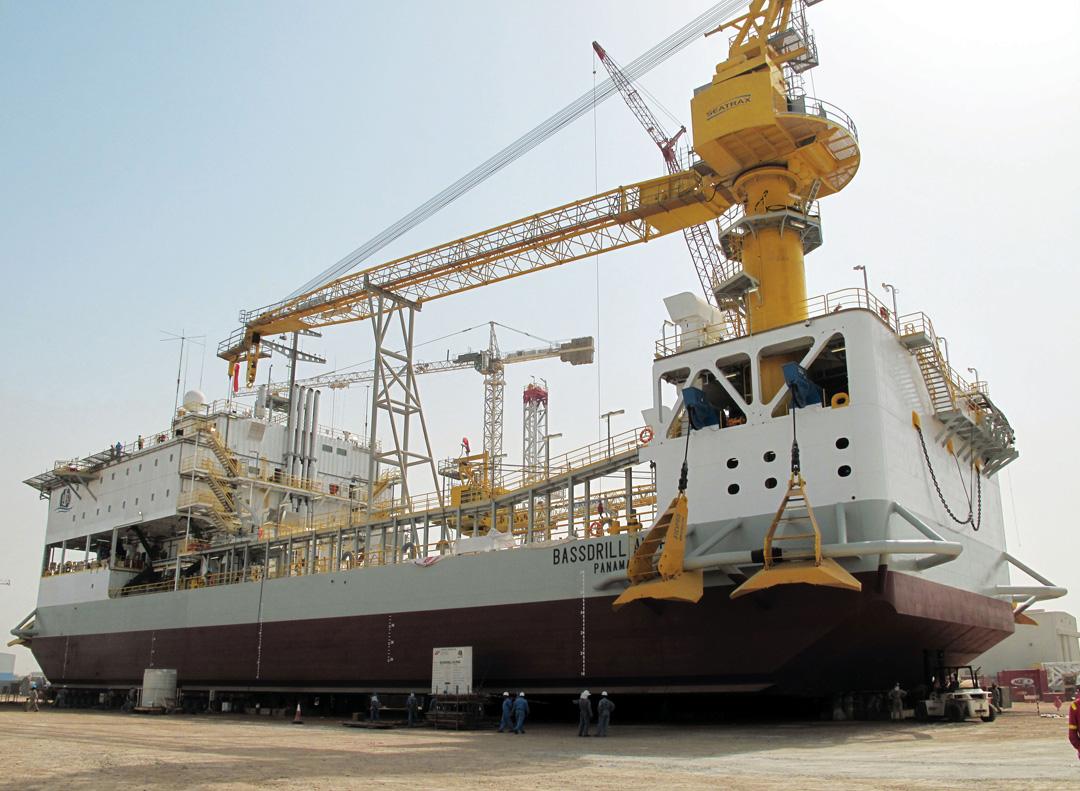 "The accuracy of the drawings is directly proportional to the cost of the fabrication, since material and manpower is not wasted in rework," Ramadoss says. "We have produced plenty of custom components and macros to speed up the modeling process and will continue this development in the future. I expect Tekla to release a beta version of their model sharing solution and help me use the Construction Management module with confidence."

"No one agreed with me when I suggested that we should use Tekla for barge fabrication," says Ramadoss, "but considering the accuracy of the software, everyone agreed that we would be better off using Tekla than not using a 3D modeling at all."

Despite the fact that ships are curve-shaped, which is something Lamprell could not model in Tekla, their decision turned out to be the best for the time. Even the most critical people came back to Ramadoss and said that they could never have been so confident and fast trying to do the same in 2D. The outcome was as per Ramadoss’s expectations. 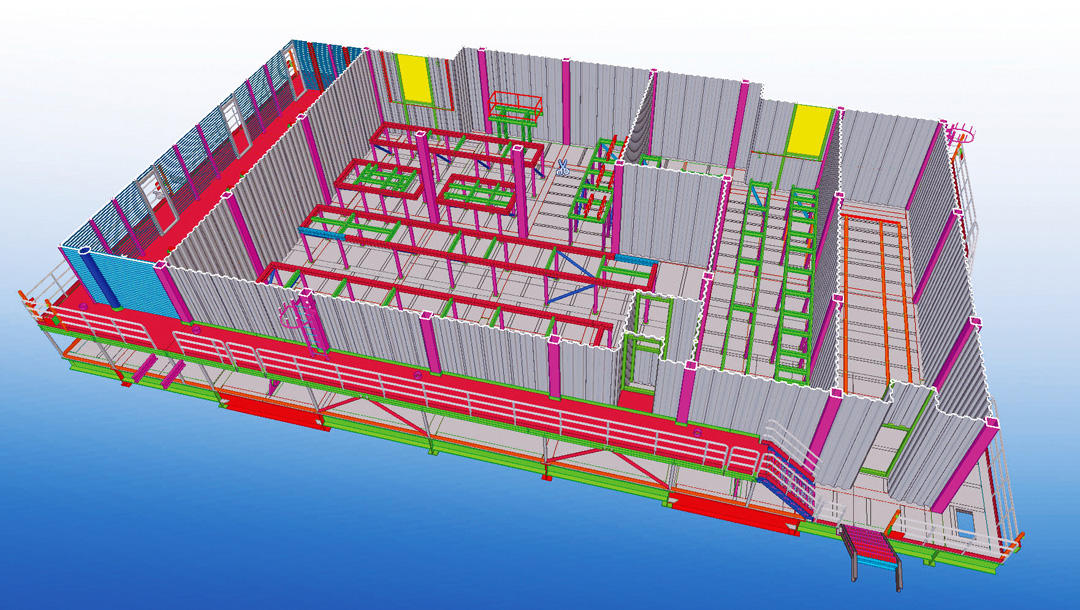 Using Tekla in a barge project involved 6 persons including checkers. The barge was modeled and extracted in a matter of 4 to 5 months with all details, such as platforms and handrails. The number of people in the project could have easily been 10, and Lamprell would not have been sure of the consistency of the interfaces. With Tekla, they were sure not to confront such issues.

Modeling every component and detail

Lamprell’s main challenge was the lack of custom components as they had to model every bit of the barge. This was made difficult by their methodology of providing all weld preps on the drawings, which meant that they had to model each one of them. They started to create the custom components as they went along the project, and in the end they had a library, which now helps the company in future projects.

"The unique features in Tekla Structures that specifically helped us completing our projects successfully were, for example, copying instead of bulkheads, frames, and manholes without the need to model the details of bevels," says Kanakaraj Thomas, Lead Designer, Structural, at Lamprell. "Tekla also enabled dealing with pipe profiles very accurately." 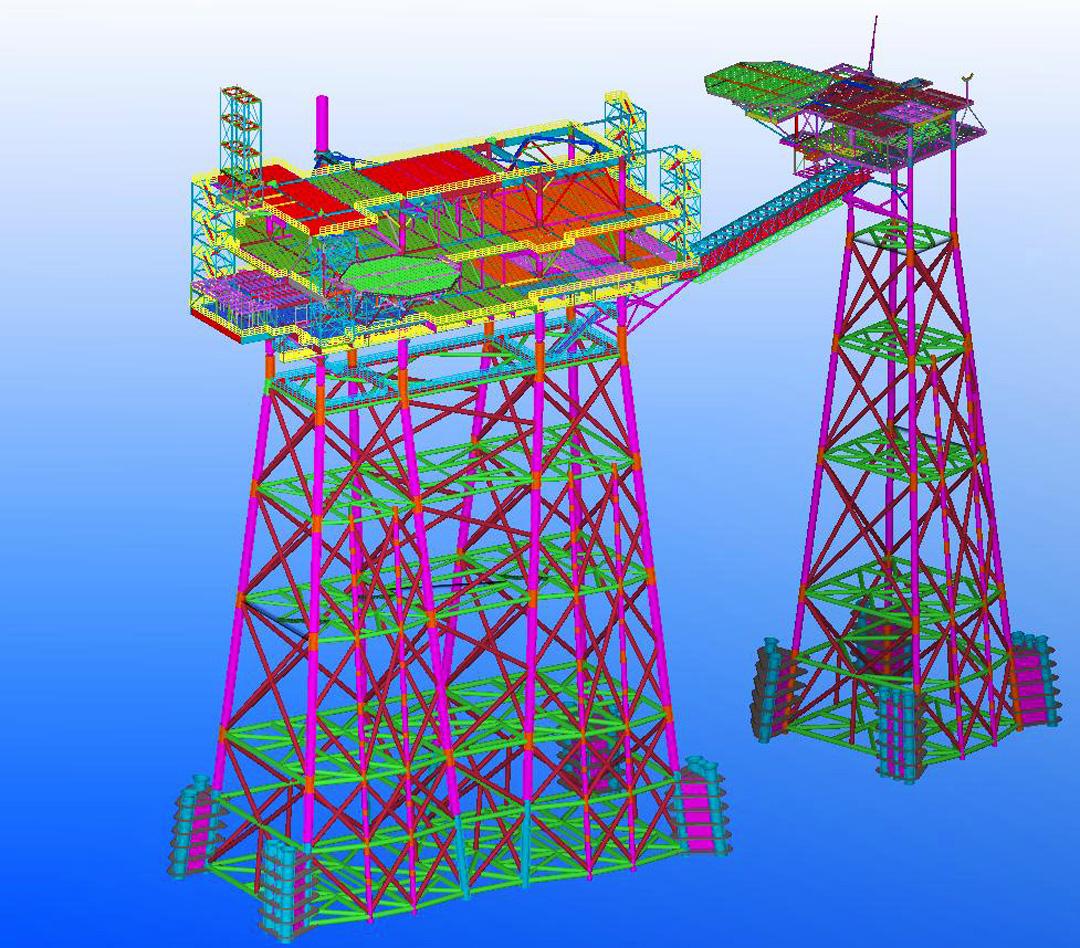 "In the future, we intend to use Tekla for weld numbering. Tekla support has been excellent throughout the time that we have been using this product, and we feel reassured. This was the first project for which we modeled all of steelwork in Tekla. The documentation control within Tekla is very good and keeps track of all the changes to drawings,"concludes Ramadoss.

FPSO is an offshore field located about 50 km north-east of Brindisi in the Adriatic Sea. Topside Modules were Lamprell’s entry for the Tekla Middle East model competition in 2010 and won the Best Offshore project category.

The modules are supported by a multi-point support system with appropriate restraints to minimize the interaction with the hull structure. The FPSO will receive crude oil directly from underwater wellheads; separate oil, gas and water; inject gas into the field for artificial lift requirement; store stabilized crude oil; and offload it via hoses to export tankers periodically moored to the FPSO. Lamprell’s scope of the project involved building all topside modules with the barge and the turret built by others. 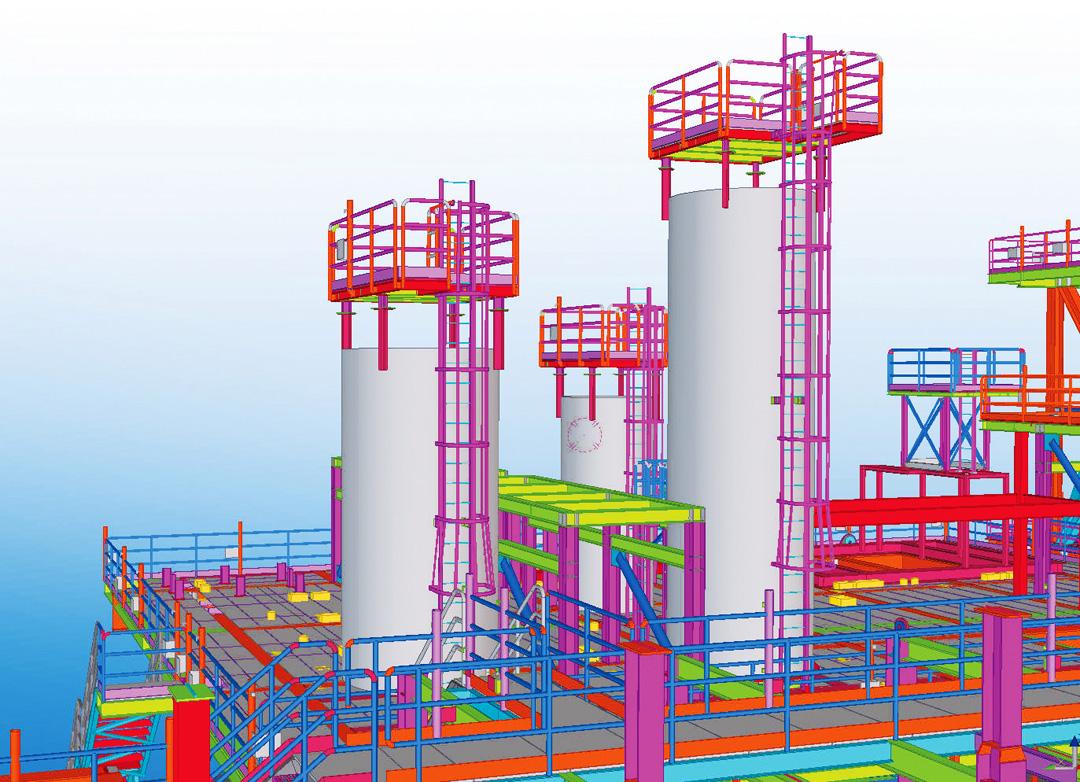 The LQ Platform was chosen as the best industrial-steel industrial project in the Tekla Middle East model competition and entered all the way to the Tekla Global BIM Awards in 2011. The platform is located in Jasmine field, which is a gas-condensate reservoir in blocks 30/6 and 30/7a in the UK sector of the North Sea.