Norway boasts some of the most advanced users of Tekla Structures software, and Kynningsrud Prefab is one of them. This division of the Kynningsrud Group is an independent total supplier to the building trade with concrete elements and steel structures. Prefab has been an area of competence within the parent company for over 30 years, employing roughly 150. Revenue is approximately 200 million NOK. Facilities are located in both Norway and Sweden, and the unit operates in sales, construction and project management. Kynningsrud Prefab has been using Tekla Structures since 2000.

Alen Zukanovic works as a structural engineer for Kynningsrud Prefab. He is committed to implementing 3D modeling into the standard work practice.

“Since we contract in concrete and steel structures, Tekla Structures allows easy coordination between both materials. I particularly find real-time visualization significant. We collaborate with others in the supply chain and the platform supports this process. The Tekla Structures multi-material and multi-user properties are applicable to our everyday work process,” Zukanovic says.

The advantages of 3D product modeling are largely seen during the design phase. Tekla Structures software is a common platform that enables the same 3D model to be utilized for producing analysis and design results, drawings and reports. When changes do occur, the built-in intelligence automatically stores the modified information. Tekla Structures minimizes overlapping work phases and errors, which translates into shorter project lead times, significant cost savings and better building quality.   Tekla Structures is also intuitive software that includes an open API and facilitates interoperability to enable a wide range of applications to integrate functionality and/or communicate with the 3D model. The integrated workflow benefits all project parties for enhanced productivity and efficiency.

Zukanovic comments, “The typical errors made with 2D such as dimensioning and correct naming are basically eliminated. Of course, actual gains depend on the project, with bigger projects bringing in the most benefits. On average, we currently see a 30% increase in productivity. As our users become more proficient with Tekla Structures, our output will definitely increase – which will allow us more time for other projects!”   Zukanovic’s colleague, Sverre Steen, is in construction and development and foresees the most advantages in the near future. “It is important to get the model up and running early. Our goal is to increase efficiency. If we integrate the plan protection of elements such as access, numbering and lists, we are able to provide advance preparation so the final erection stage stays true to schedule.”

The largest delivery and installation to date for Kynningsrud Prefab is Fredrikstad Stadion. This contract generated 50 million NOK in billing to the company. Some 6000 prefabricated elements weighing just over 18,200 tons have been used to build the 13,000-seat football stadium. Delivery of the elements was on schedule, as will be opening day in March 2007.

“The stadium project was relatively detailed and complex,” states Zukanovic. “We needed to erect new elements between existing ones. The 3D model was our main reference point, enabling us total control over the entire project. Kynningsrud Prefab could not have successfully accomplished this delivery without Tekla Structures.”   Steel construction delivery on the Fredrikstad Stadion roof structure was contracted to A.S. SKV, a steel detailer and producer that delivers steel structures and buildings throughout Norway. The company has been located in Fredrikstad for over 30 years and has an annual turnover of 55 million NOK. Manager John Agnar Nyquist notes, “SKV has been modeling in 3D since 1998. We are looking to increase the number of our licenses thanks to expanded business dealings.”   “For the stadium roof project, we used 400 tons of steel. Much of the roof is hollow and circular in design. Tekla Structures allowed us to print a drawing and ‘glue’ the connection joints into a profile so that each pre-cut member fit together perfectly. The quality control of the finished product was much higher than with 2D detailing. Tekla Structures is superior 3D software.” 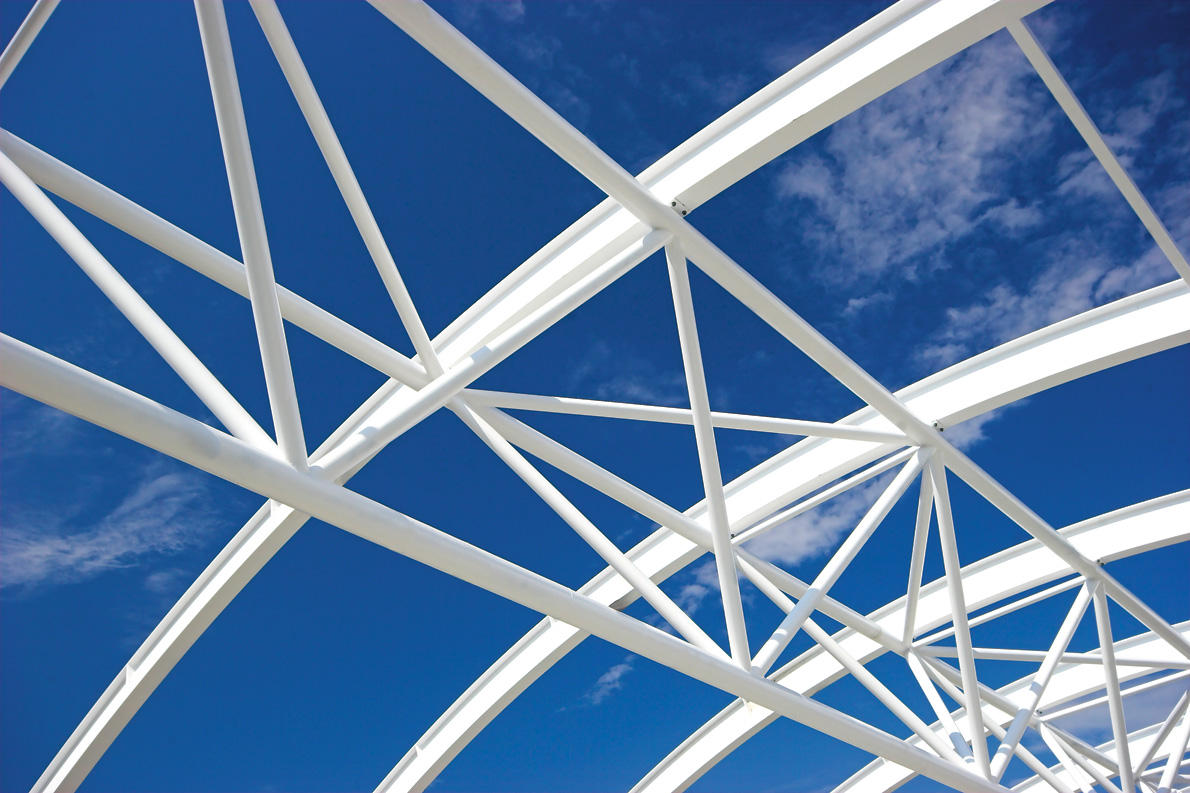