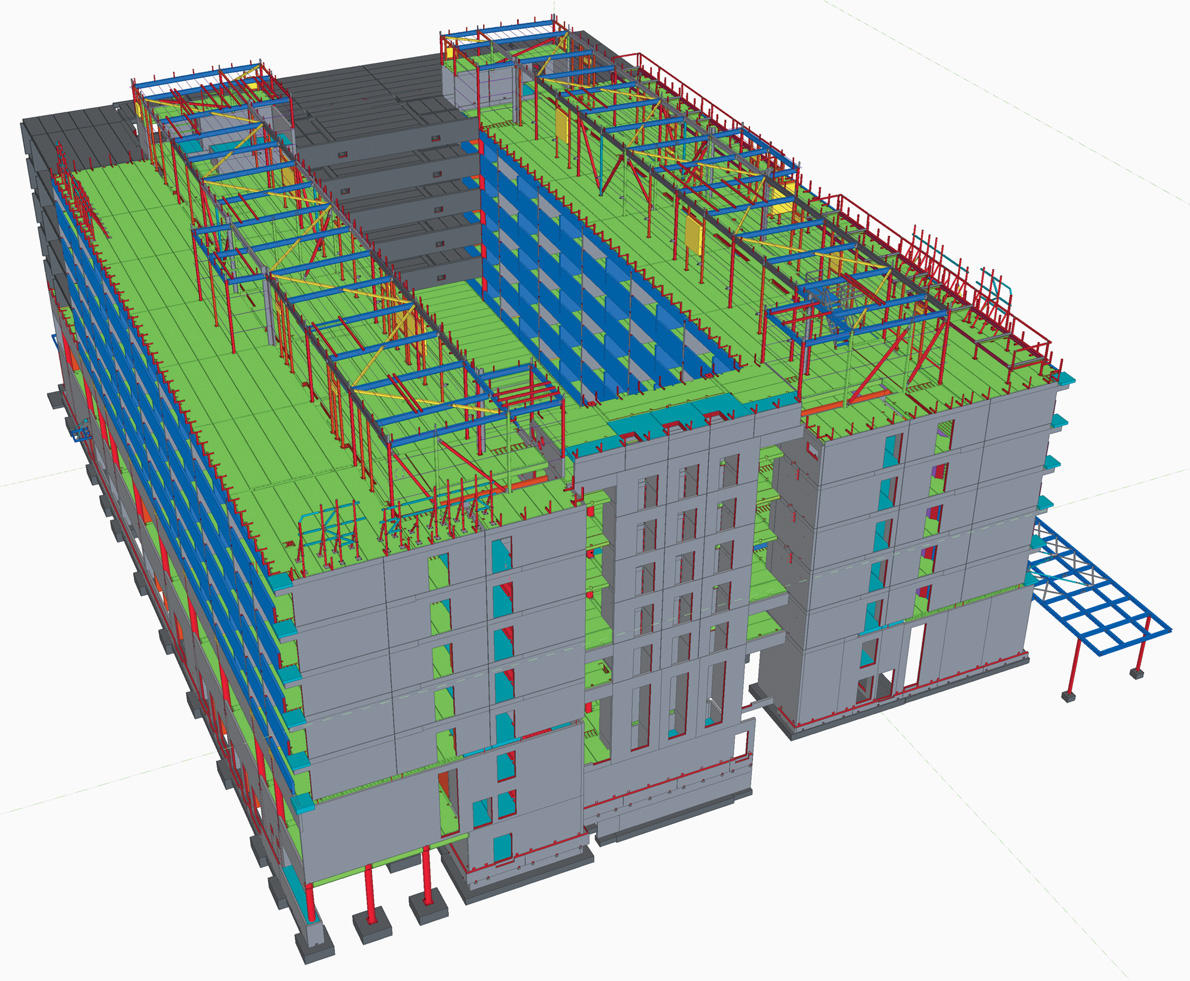 The newest Hotel Hilton in Finland is an addition to the service offering at Helsinki-Vantaa Airport. It serves gateway passengers in particular as well as ensures that Helsinki-Vantaa remains the leading mediumsized airport on a global scale. The hotel, which is part of the Hilton chain and has around 240 rooms, will be completed in summer 2007 next to the international terminal. The cost of the project is around EUR 40 million. Finnish engineering office A-Insinöörit Oy designed its building information model using the Tekla Structures program. Using the software in the project made it easier for other parties, such as the manufacturers of concrete elements and steel sections and plumbing designers, to visualize the structures.

The new hotel has 246 hotel rooms, a restaurant with 220 seats together with a lobby bar, banquet hall for 350 people, adaptable meeting rooms and a gym. The building has a total of 17,000 gross square meters and car parking space for one hundred cars. The building’s vertical frame consists of reinforced concrete and composite columns cast on-site and of load-bearing reinforced concrete walls. The horizontal structures are primarily hollow-core slabs. The frame rose in two stages so that the indoor work could begin once the A section’s frame was upright. 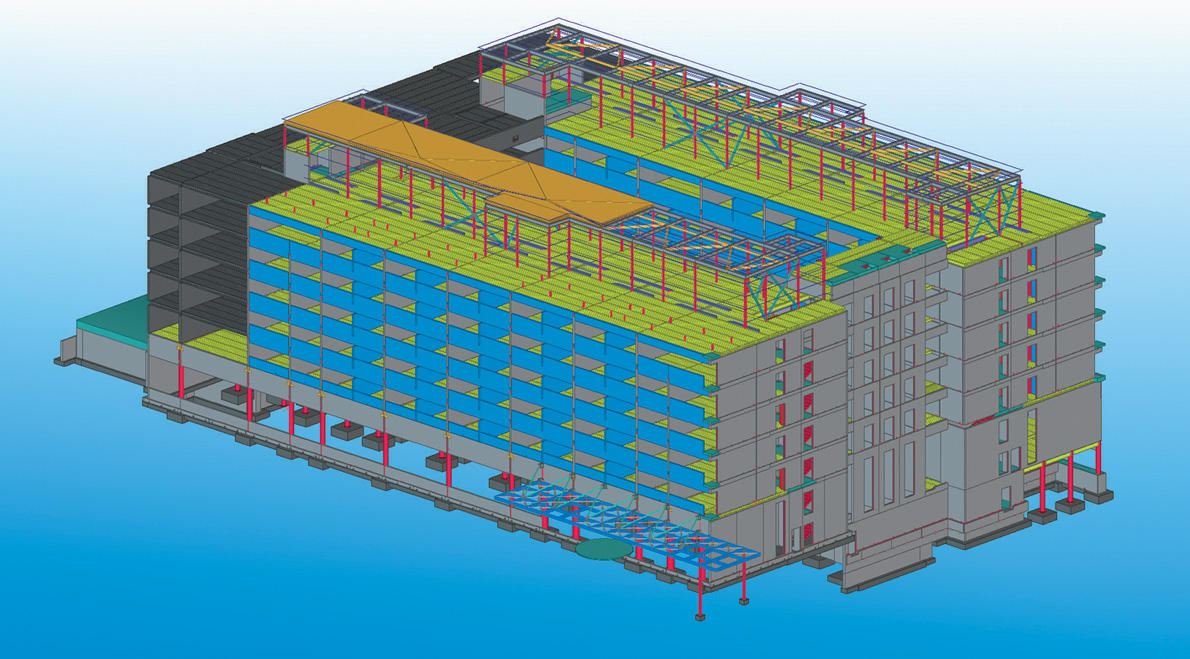 “The benefits of modeling came to the fore in the project especially in the design of the structural elements, where we achieved a significant benefit in the compatibility of the sections,” says Design Manager Jukka Oja-Lipasti from Finnish A-Insinöörit. “The putting together of the various components was easy, which generally speeds up routines in any type of project." 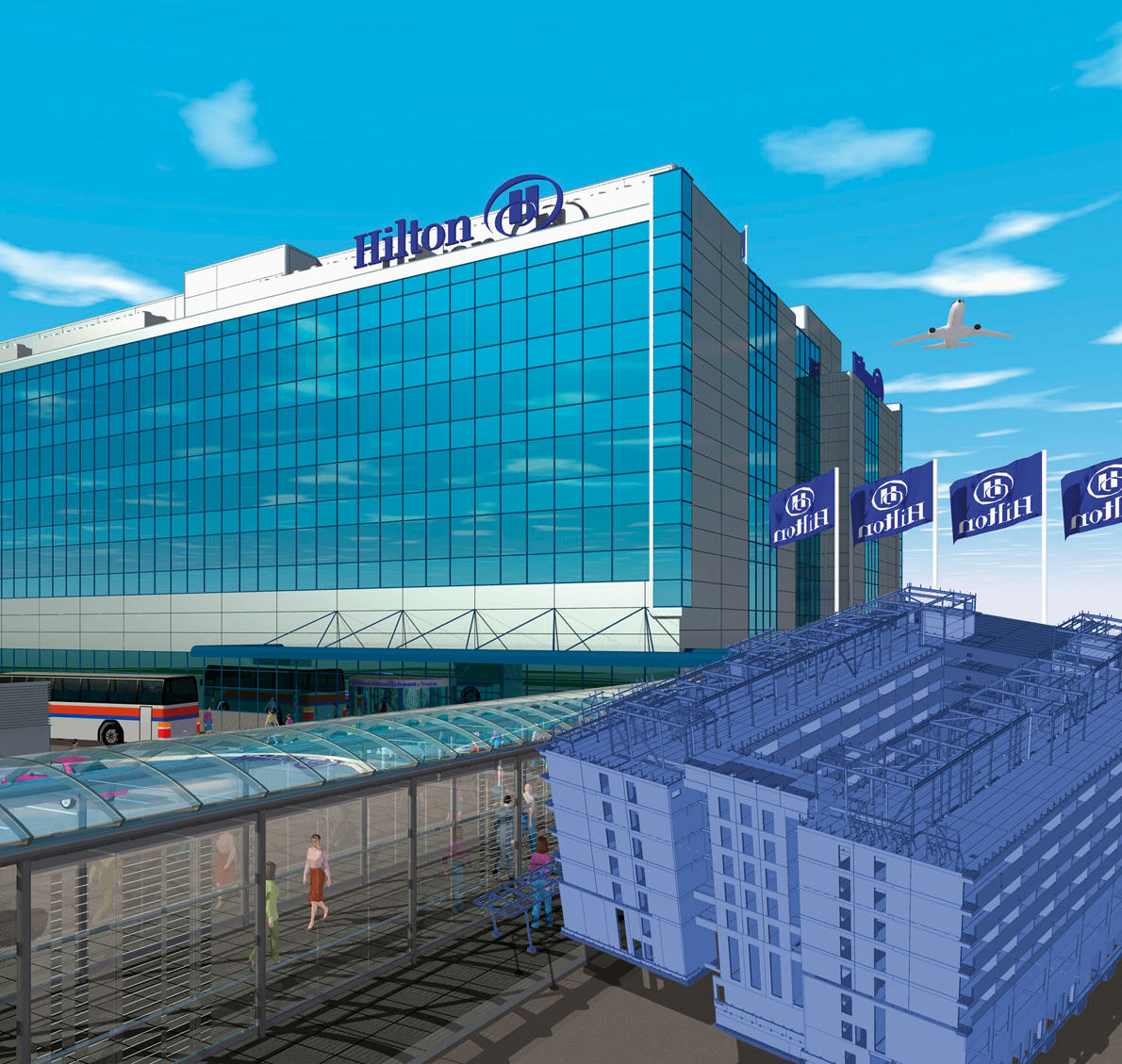 According to the experience of A-Insinöörit, modeling cast-in-place and precast walls worked well in the Hilton project, especially in the construction of joints. The fixing parts were successfully aligned in place. When modeling the steel sections, their drawings and listings came directly from the Tekla Structures model, as there were ready-to-use joint components to hand. Likewise, the drawings of the castin-place and precast walls, and the label drawings and lists for the hollow-core slabs were obtained directly from the building information model. The Hilton project is a perfect example of how building information modeling (BIM) was put to use right from the design stage. All the essential elements could be included and derived from the model: the cast-in-place walls, implementation drawings for the precast walls, the label drawings for the hollow-core slabs, the steel frames for the plumbing and ventilation machine rooms, the steel structures to be joined, the putting together of the steel frame and the initial data for designing the elevation as a dgn file.   “Starting the modeling at the design stage really helped the other parties in the project to conceptualize the structures,” says Oja-Lipasti.

BIM improves the quality of construction

Some of the hole and provision information for the building was transferred on a trial basis from the model created by the HPAC designer to the model created by the structural engineer, but the final provisions were transferred manually. In this way the correct provision information was transferred from the model to the various finished parts for manufacture. Oja-Lipasti believes that this way of operating in construction will be further developed, because “superimposed” working and changing of models is, in his opinion, the only right way to mark the provisions in building services engineering reliably so that all the issues are taken into consideration and can be implemented in practice. 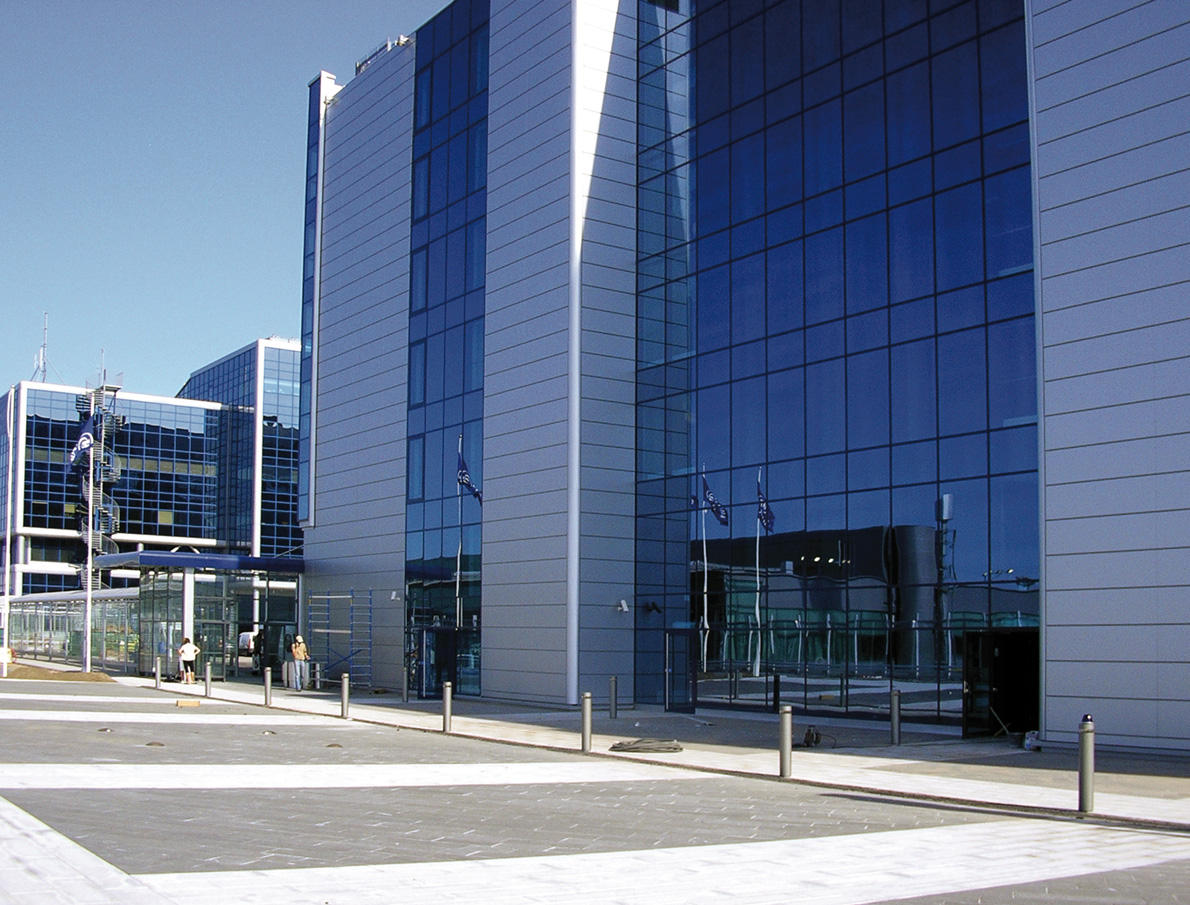 “According to A-Insinöörit Oy’s building information modeling strategy, the most important constructions are always modeled. We design the models as comprehensively as possible, i.e. we model everything that we can. This makes it easier for the people on the construction site and everyone involved in the construction project to get the information they need, quickly and reliably,” explains Jukka Oja-Lipasti.

The 3D representations and printouts created from the model facilitate and speed up decision-making at the design stage. Conceptualizing the structures is significantly easier than interpreting 2D plans. The 3D plans are likewise useful, as they can be appended to construction tender documents. Therefore, the modeling tool can be exploited extensively in the sales and management of projects, which makes its use especially productive.   “Everyone on the construction site has been happy with the 3D plans they have received, and the plans have always been well received. From the perspective of design, 3D visualization is additional work, which must be taken into account in the design fee,” comments Oja-Lipasti. “I can nevertheless say from experience that the extra input definitely pays for itself through more effective use of time,” he states.