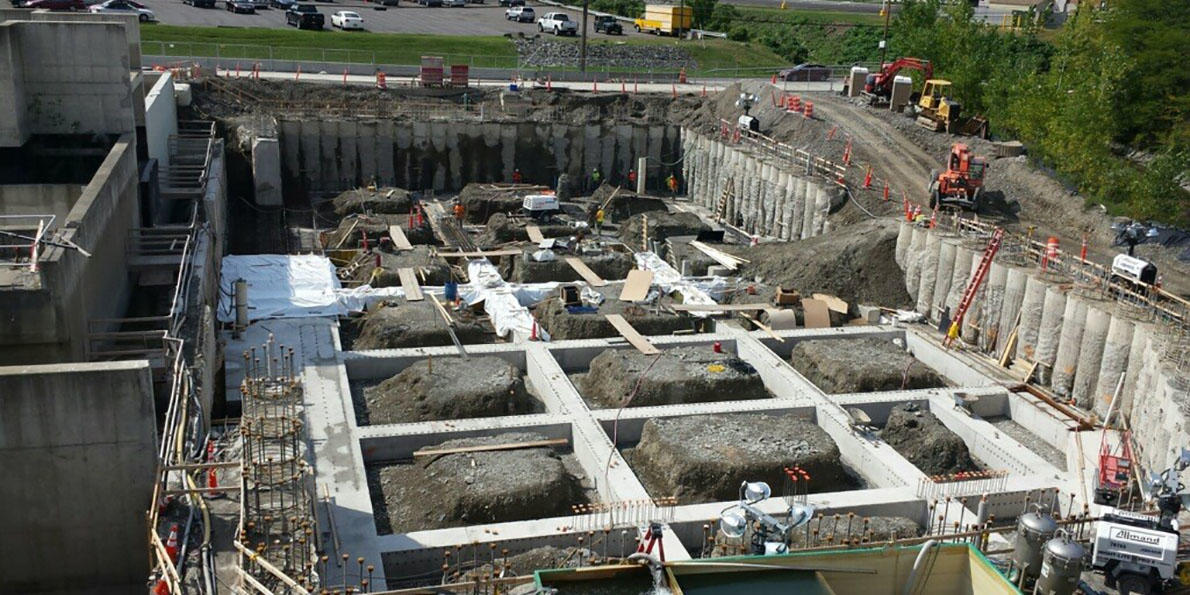 With its focus on innovation, it isn’t uncommon for Dimension Fabricators to test new technology. At one point, the company’s detailers were drafting shop drawings in 2D, but the time wasted and potential for errors made a potential move to 3D appealing. After noticing an increase in the use of 3D models among contractors, Dan Stevens, the company’s assembled products manager, decided it was time to research BIM solutions. 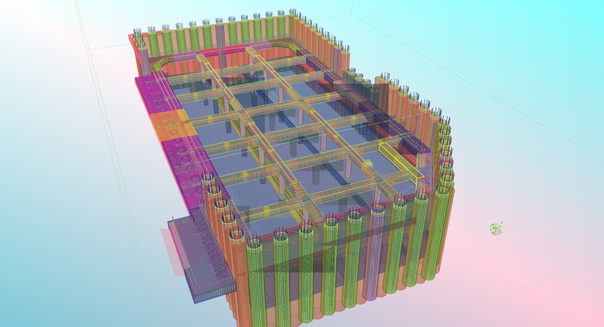 “The company I worked for previously used Tekla Structures to model concrete with great results, so I was familiar with what it could do. I thought, if we can deliver on projects and provide 3D models of rebar as an additional product to our customers, we’re killing two birds with one stone,” said Stevens. “Tekla Structures would not only speed up the detailing process, but also result in a better product for our customers.”

Stevens convinced the team to purchase a license and give Tekla Structures, Trimble’s BIM software, a try. Today, he is the go-to expert on 3D modeling, managing the company’s three licenses and guiding an in-house team of professional detailers in getting the most out of the software.

"Tekla Structures would not only speed up the detailing process but also result in a better product for our customers.”
Dan Stevens, Assembled Products Manager, Dimension Fabricators

Working with detailed Tekla Structures models, Dimension Fabricators has minimized costly surprises and rework. The move from 2D to data-rich 3D models has allowed the team to visualize steel components and more easily identify potential errors. Automatic clash checking has also helped ensure that costly conflicts are exposed in the model before moving to the shop floor.

“With 2D modeling, we were often running blind,” said Stevens. “We’ve easily saved thousands of dollars by using Tekla Structures because bringing a 3D element and all of the associated data into a project clears everything up. The ability to visualize the model in 3D has reduced almost all opportunity for error.”

“We’ve easily saved thousands of dollars by using Tekla Structures because bringing a 3D element and all of the associated data into a project, clears everything up. It has added immense clarity to our drawings and allows us to identify errors before construction. It’s been a life saver.”
Dan Stevens, Assembled Products Manager, Dimension Fabricators

“Before Tekla Structures, we weren’t catching errors,” said Stevens. “If we shipped out the wrong bar, for example, the contractors would end up placing the wrong bar and then recognize the problem, which required us to re-cut the bar, re-send it and re-install. On top of the time we’ve wasted, we also had to scrap the original bar. Today we don’t have that problem because Tekla Structures has added immense clarity to our drawings and allows us to identify errors from the contract drawing before construction. It’s been a life saver.” 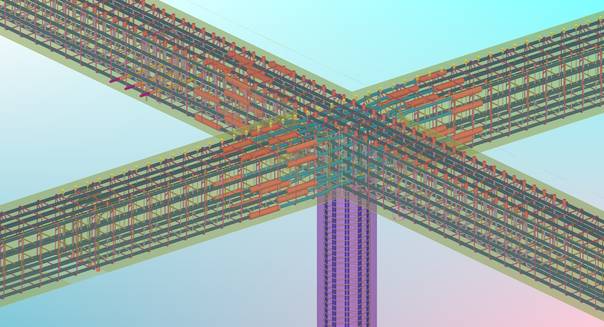 Tekla Structures has increased productivity by streamlining project management, while information-rich models improve the flow of information between detailers and fabricators.

“One of the most appealing features of Tekla Structures is that it works with our production systems and because of that, we’ve eliminated the manual effort that was required with 2D,” said Stevens. “Moving from detailing to fabrication has become seamless. We can grab a floor level in the model, release it to fabrication and Tekla will generate the bar list that needs to be fabricated.”

Dimension Fabricators has also found that the 3D model makes it easier to coordinate with other project teams.

“Requests for information have been much easier to manage with Tekla Structures,” said Stevens. “We also share the 3D models with contractors, transferring them back and forth, who drop our Tekla Structures rebar model into their concrete model. With the 3D model, everyone on the project can identify clashes and errors before construction begins.”

In 2016, Dimension Fabricators put Tekla Structures to work in a bid for the restoration and rehabilitation of a wastewater treatment plant in New York.

Immediately, they began detailing the job in Tekla Structures. When the various project teams gathered to collaborate, the Tekla Structures model helped everyone visualize how the structure would come together. “Using the model, we were able to identify issues, present alternative solutions and avoid expensive rework,” said Stevens. “Tekla Structures uncovered constructibility issues that we wouldn’t have seen without the 3D model.”

The project’s modular construction methods, paired with field-placed rebar, created serious concern for the team. “There was no guarantee that it would all work out,” said Stevens. Fully detailing and shipping the fabricated rebar to the site meant that everything had to line up perfectly.

"Moving from detailing to fabrication has become seamless. We can grab a floor level in the model, release it to fabrication and Tekla will generate the bar list that needs to be fabricated.”
Dan Stevens,Assembled Products Manager, Dimension Fabricators

Stevens and his team used the 3D Tekla Structures model to overcome their biggest challenge -- building the drilled shaft cages in the shop and placing embedded couplers in the cages at the exact proper elevation to meet with beams and slabs after excavating the inside of the structure.

“The driller was unable to place concrete within caissons containing cages with hooked bars at the top of the cage, so we revised the design to use cold swaged terminators at the top of the cage,” said Stevens. “Some of the design items were unbuildable and would not have worked in the end, but with Tekla Structures, we were able to request changes to the contract to meet design criteria and build the structure.”

The cages were shipped to the site where the contractor would place them at the required elevation, which had to be exact. “They had to dig out the internal structure and hope all of the embeds were in the right place and believe it or not, they were,” said Stevens. “It was really incredible.” 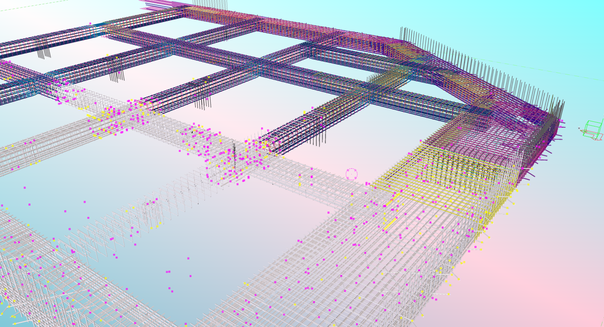 Fully detailing and shipping the fabricated rebar to the site meant that everything had to line up perfectly. Stevens and his team used the 3D Tekla Structures model to overcome their biggest challenge -- building the drill shaft cages in the shop and placing embedded couplers in the cages at the exact proper elevation to meet with the slabs.

The move to Tekla Structures has paid off in productivity gains and accuracy, and opened doors to more profitable business opportunities.

“We moved to Tekla Structures because without 3D, we aren’t relevant,” said Stevens. “The entire industry is adopting 3D modeling and construction and it has delivered the benefits we need to maintain a competitive edge and win more business.”

"The entire industry is adopting 3D modeling and construction and moving to Tekla has delivered the benefits we need to maintain a competitive edge and win more business.”
Dan Stevens, Assembled Products Manager, Dimension Fabricators

Since opening its doors in 1984, Dimension Fabricators has never shied away from adopting and embracing new technology and sophisticated machinery. The company has played a role in some of the largest and most complex engineering projects on the eastern seaboard. And although it produces a seemingly endless variety of rebar constructs, standard rebar and wire products, Dimension Fabricators has earned a reputation as the fabricator of choice for difficult and challenging structural work. 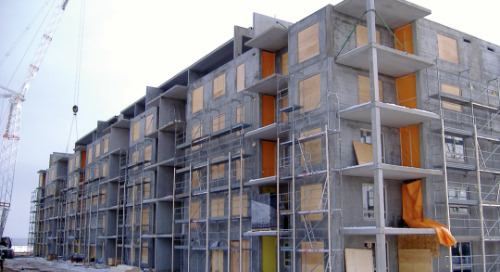 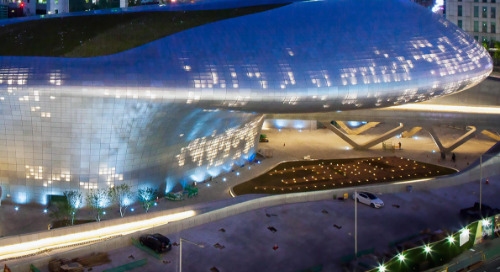 Tekla was used to completely create the 3D construction models to compare the information between the 2D dr...