Daring styles of apartments enter into the skyline of the city of Rotterdam. As most ventures, the Cité within the Kop van Zuid business area has had to deal with many changes during its design and construction. Modeling the thousands of parts and panels of the housing complex in 3D – including steel as well as both precast and cast-in-place concrete structures – helped engineering office Meijer & Joustra to tackle their timeline. 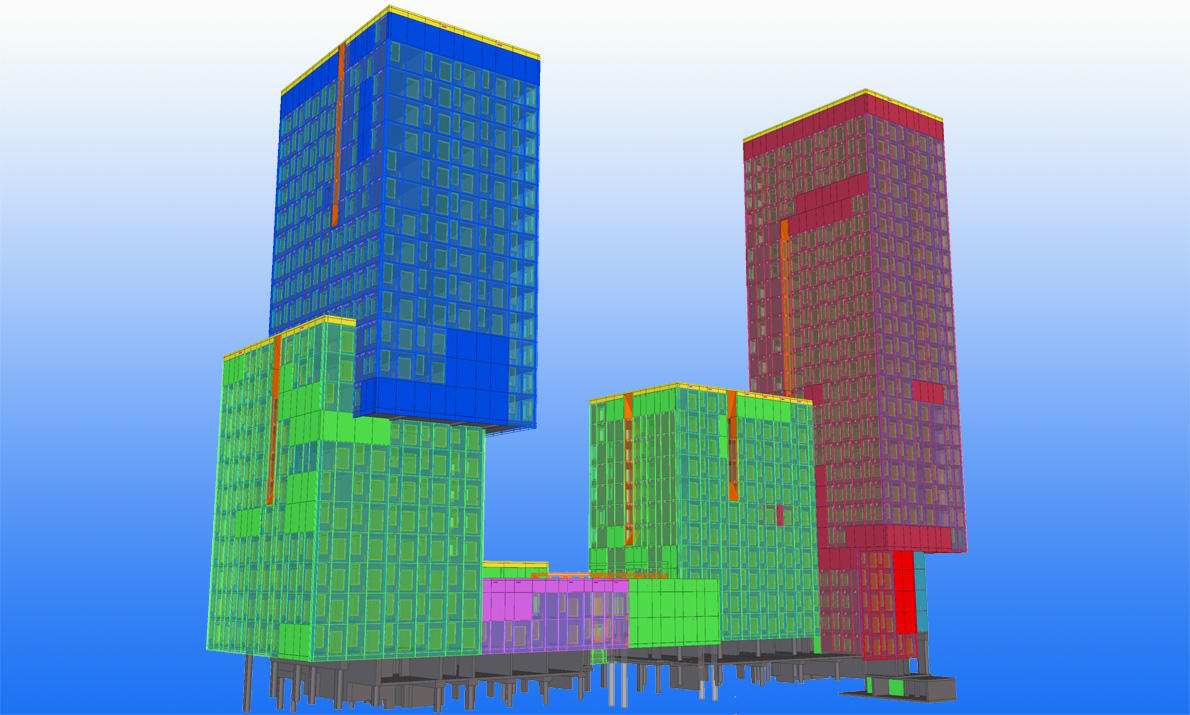 Fast changes, high quality - how is that possible?  Engineering office Meijer & Joustra is responsible for the precast engineering of Cité Rotterdam in the Netherlands. ”Without the Tekla model it would have been impossible to process new and up-to-date information to the design so fast while maintaining the highest level of quality,” says Homme Joustra, Director of Ingenieursburo Meijer & Joustra BV.

“During the development of the project, the drawings we produced from Tekla Structures software were consistent with the 3D building information model. We could constantly feed the production team with updated drawings, so we could help streamline the building process that could then stay on schedule.” 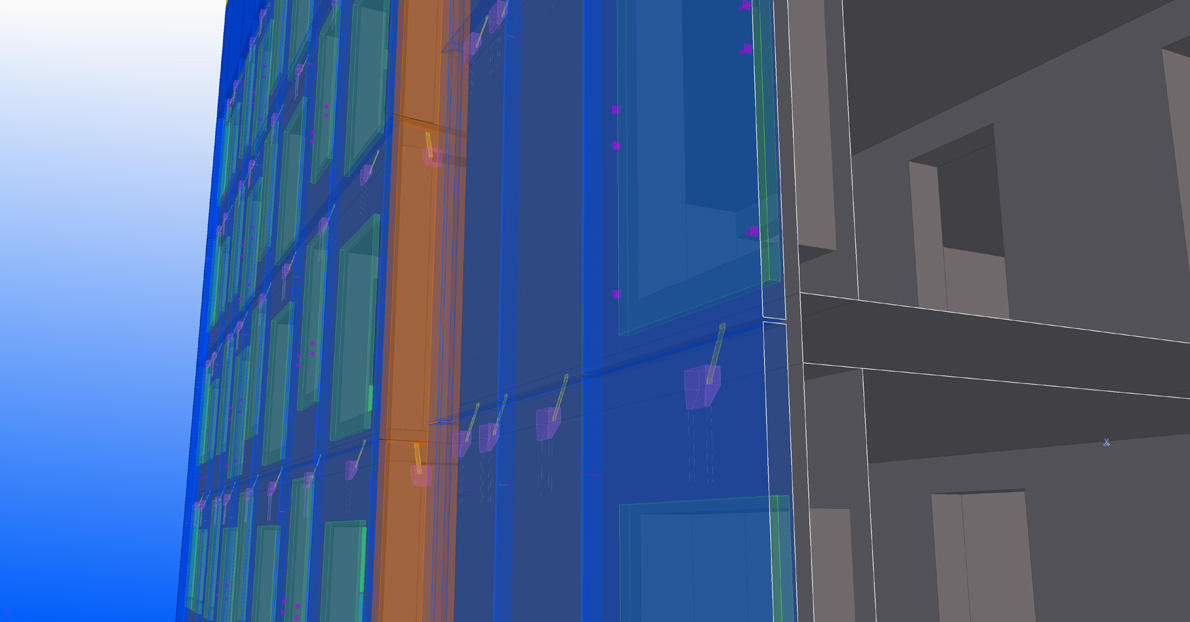 Sandwich panels straight from the model

“For this project we used complicated sandwich panels produced by Hibex,” explains Joustra. “The outer sheets of panels are an assembly of multiple parts, so we had to generate separate element drawings for the outer and inner sheets.”

“Thanks to the new developments in Tekla Structures, part numbering is now assigned to cast-in embeds outer and inner sheets,” Homme continues. ”The possibility to work with sub-assemblies at multiple levels in Tekla Structures helped us significantly as we were able to set up the 3D model correctly.” 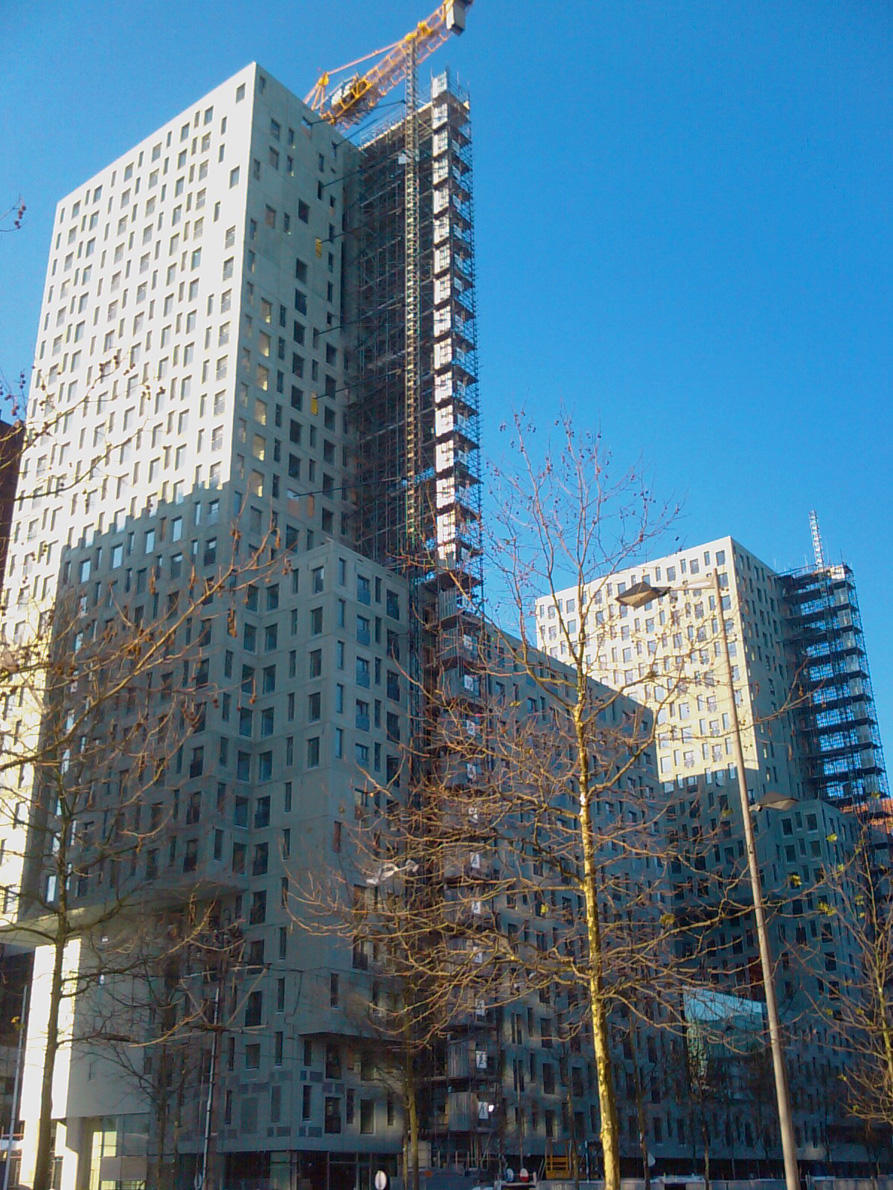 Structural data in less than 40 MB

Although the 3D structural model of the Cité Rotterdam was highly detailed with thousands of different elements, parts and different materials, the size of the Tekla model database file only reached 37 MB. “Because we modeled the complete building, including the steel construction, the two towers, and the basement, we saved a lot of time in the coordination between project parties,” says Joustra.

The prefabricated wall panels fabricated by Hibex were completely 3D-engineered in Tekla Structures by Meijer & Joustra. The engineering included the creation of general arrangement drawings, pile and anchor plans, and the cast-unit element drawings including material and drawing lists. There are 1352 panels with 713 types in total: 608 sandwich panels, 475 singleskin panels, 145 facade panels, and 124 roof panels. For these 106,979 parts, 37180 cast-in embeds and their accessories were modeled with a 3100m3 cast unit. In addition, the core housing (2500 parts) was modeled to support the construction. A total number of 1459 element/part drawings and 98 general arrangement drawings were produced during the project.