Aas-Jakobsen, a Norwegian civil engineering company with special expertise within structural engineering, was swamped with work four years ago. The company had two very large projects in their buildings department. At the time, it was hard to find staff in Norway so they needed new ways to hire resources and manage workflows. They already knew a suitable company to collaborate with in order to increase capacity temporarily. Now, good tools were needed.

One of these huge projects was the expansion of Oslo-Gardermoen airport, while the other was a new terminal for Bergen airport. Aas-Jakobsen is responsible for structural engineering and BIM management. Aas-Jakobsen is a company with 120 employees and three departments; buildings, infrastructure and bridges. According to the structural engineer and BIM manager Erik Hersleth, they are an agile company where it is quite easy to make decisions.

Aas-Jakobsen had started using Tekla in a larger scale already in 2009 when they had to choose new software. Tekla was chosen because of the open approach to BIM and the Open API, an interface allowing the creation of companies own plug-ins that improve productivity.

-“We also liked that we can use the same model in the whole project. What triggered us was that Tekla is the preferred software for steel and precast detailing guys. That gave a great advantage. The reinforcement part of the program seemed pretty far developed too.“ says Erik Hersleth. Aas-Jakobsen’s goal is to do the modeling only once regardless of the structure.

-“The Bergen airport terminal is a complex building but the structure repeats itself with strict rules and that is one of the reasons it is suited for outsourcing,“ says Hersleth. Aas-Jakobsen had previously worked with an office in Bangkok that now could provide them with the resources they needed to complete the both projects.

Although they had good experiences of working with the office in Thailand, Aas-Jakobsen needed an efficient way to collaborate. Hersleth tells that they first tried to connect the different offices using Tekla’s Multiuser functionality over a regular VPN tunnel. As the Internet connection was really slow in Thailand, it became quickly evident this was not the way to go.

Meanwhile, Tekla was testing a new service that allowed teams to work efficiently on the same Tekla Structures project regardless of their location or time zone. As Tekla Model Sharing worked for all sizes of projects, both online and offline, even the slow Internet connection would not matter.

-“In a meeting Tekla mentioned that they would be ready to use Model Sharing in a real project, Hersleth tells. “Tekla also promised really good support for us. This sounded like a solution to our problems.”

Hersleth felt there was a risk in jumping into Tekla Model Sharing, which at the time had not yet been released. They had to trust that the system worked well enough and that Tekla would support them.

-“The worst case scenario would have been that the models would be out of sync,” says Hersleth. “We had to produce a large number of drawings with deadlines. It would have been catastrophic for Aas-Jakobsen if we were not able to deliver on time.”

When they began work with Tekla Model Sharing Hersleth remembers being nervous whenever they had to synchronize models. However, daily back-ups have never been needed. “In the beginning, we also compared models from the day before just to see that all the changes were there. But as nothing was ever missing, eventually we stopped checking.”

As time went by, the participants grew more and more confident. “We received support from Tekla and solved everything together. Now all issues have been taken care of. We have had very little downtime or problems that would have stopped us from working. Nothing in the last year.” Hersleth is satisfied that they have a good relationship with Tekla.

Importance of management and sharing information

A clearly defined working strategy and a knowledge of who is responsible for what and how to work on each part is essential especially for a global project. Now the Bangkok office produces all drawings and models reinforcement for the new terminal and a one-person office in Sogndall, Norway, handles everything for the existing terminal.

Tekla Model Sharing enables working globally, but good project management and planning are keys to successful project, as Aas-Jakobsen demonstrates.
Hersleth points that precise information has to be shared with colleagues regardless of their location. “They can’t ask you questions from Thailand when it is night-time in Norway.”

New ways of working in the future

In the future, Aas-Jakobsen will be able to collaborate with the Bangkok office for any project, which helps competing for new projects. They have also set a long term goal to find a way to create a competitive edge for the future.

Aas-Jakobsen may be smallish but there is fresh thinking and they have been able to bring the global team together for large projects. “I’m looking forward to a new project with similar workflow,” says Hersleth. He also says he prefers using Tekla Model Sharing. Time and cost remain important at Aas-Jakobsen. 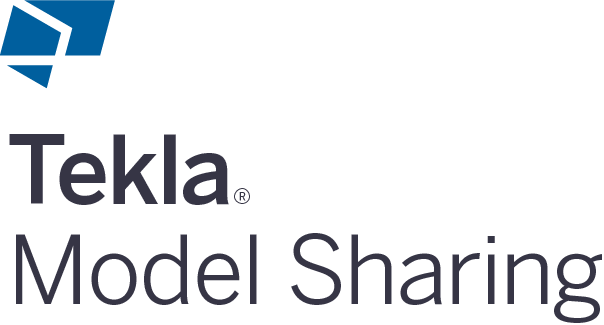 Learn more about how to get started with Tekla Model Sharing.