Where’s the ROI in estimating?

As you know, I help fabricators in the implementation of the Tekla PowerFab system. An owner was recently looking to bring me in to help them set up estimating (as well as an analysis of their usage of the production side of EPM). So, they were asking how he would get a return on that investment.

Absolutely, I 100% agree - measuring the ROI of this is super important!

There are lots of companies out there that look at any training or implementation simply as a cost instead of an investment.  Everyone should at least try to figure out if the investment exceeds the cost.

I myself did this early on when I first started my company. I was experienced in the steel industry and in Tekla PowerFab but didn’t know anything about consulting!  I paid a guy close to 10 grand to help me understand what to do and how I could get more clients. That was a ton of money for me as just an individual!  But I looked at the potential return on my investment and did it… so glad I did!  This is exactly what you are doing and should be doing!

I put together a list of things to think about when it comes to your cost/benefit analysis concerning estimating.  Typically, the benefits for nailing down the estimating in Tekla PowerFab consist of these five things:

So, let’s go through what I mean with these. 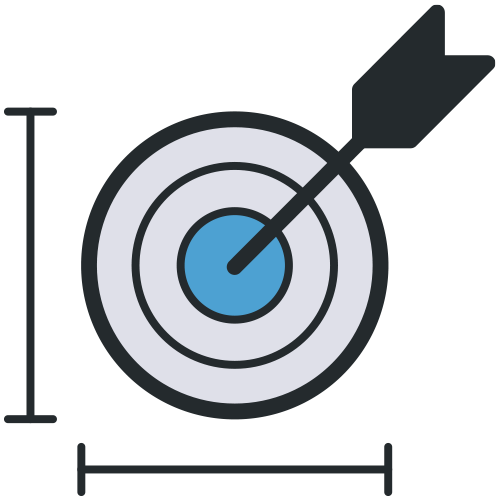 Most estimating I see outside of PowerFab consists of using pretty large averages rather than specifics of tasks. This can mean something like rails being a certain dollar per foot or columns being 2 hours, etc.  This can lead to either lost projects if your price is too high or potentially losing money on a project where you should have priced it higher.

PowerFab is setup to analyze the process by the specific shape/size/length of the members making it very accurate. A W14x26 has more time to cut in the system than a W14x22 because the cross sectional area is greater. Layout and fitup times are dependent on the number and size of the attachments.  Handling varies depending on the weight or length.  Welding varies depending on the size of the weld and type of weld.

That isn’t anything unique per se, but most fabricators I have been to don’t go to the level of detail that PowerFab goes to.

This is huge! When estimating is set up correctly, manually entering hours is the rare exception.  That means that the system is calculating the hours for you.

In addition, I’ve been to many fabricators where even the experienced estimators had different ideas about hours for fabrication and would literally argue in front of me when we were discussing setup items!

How do you stop that inconsistency?  Setup PowerFab. 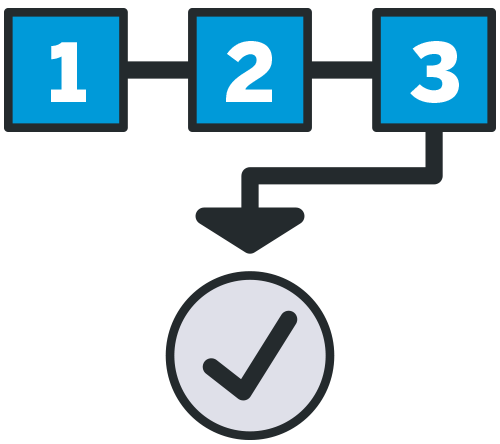 I already mentioned in the last point that PowerFab can help the inexperienced estimator put an estimate together with accurate times.  This certainly makes it easier to plug in a new estimator.  In addition, I can teach a 5-year-old to put an “H” labor code on a tube in an estimate if it has a plate on both ends.  He doesn’t have to know the time to layout and fit up that piece, it does it for him. After setting up PowerFab, you are able to hire inexperienced estimators and bring them up to speed in a fraction of the time. 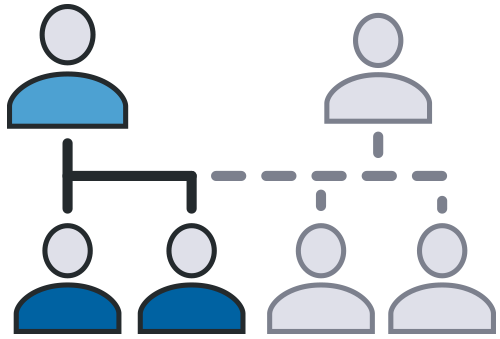 If you begin using Tekla PowerFab for estimating, you will have access to more estimators.  What do I mean by that?

I believe Tekla PowerFab is used by more than half of fabricators in the United States and that number is growing due to Fabtrol's announcement to retire their software.  Most of those estimators would be more willing to move to another fabricator that uses the software they are already familiar with.

You would have the tool set up and working that most estimators are already using.  This goes hand in hand with the previous point because that means those estimators can come in and be productive much quicker. 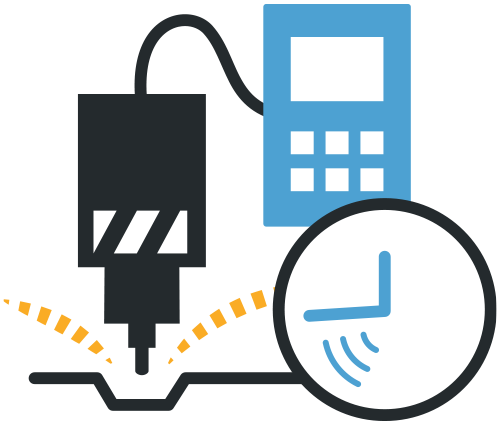 After you set up the system, the goal should then be to finish the takeoff quicker.  That means increasing your estimating capacity without increasing the number of estimators.  That equates to more net income without added expense of obtaining the extra business!

So how do you create estimates quicker?  By speeding up the takeoff without sacrificing accuracy and consistency (see the points above).

How do you do that?

So how do you create estimates quicker?  By speeding up the takeoff without sacrificing accuracy and consistency.

Why did I make this its own point??  Because parametric assemblies actually encompass all of the items above even though you would initially only think of it as being a quick way of entering assemblies.  Here’s what I mean:

Above I mentioned a parametric assembly for tube bracing.  I just entered that into an estimate in 31 seconds.  See the pic below for the line items.

For comparison, I then entered all of these pieces manually and it took me 6 minutes.  Now, remember, that 6 minutes was me actually looking at what I had entered and entering what I saw on the line items above. It was possible to enter these items in only 6 minutes because I did not have to take the time to figure out the sizes, lengths, amount of weld, figure out which labor code, etc. for all of those line items. You could easily double the 6 minutes to do all of that.

As a conclusion: If you build parametric assemblies extensively, you can save a lot of time.

After all of that, I have one question: What is that worth for your business? 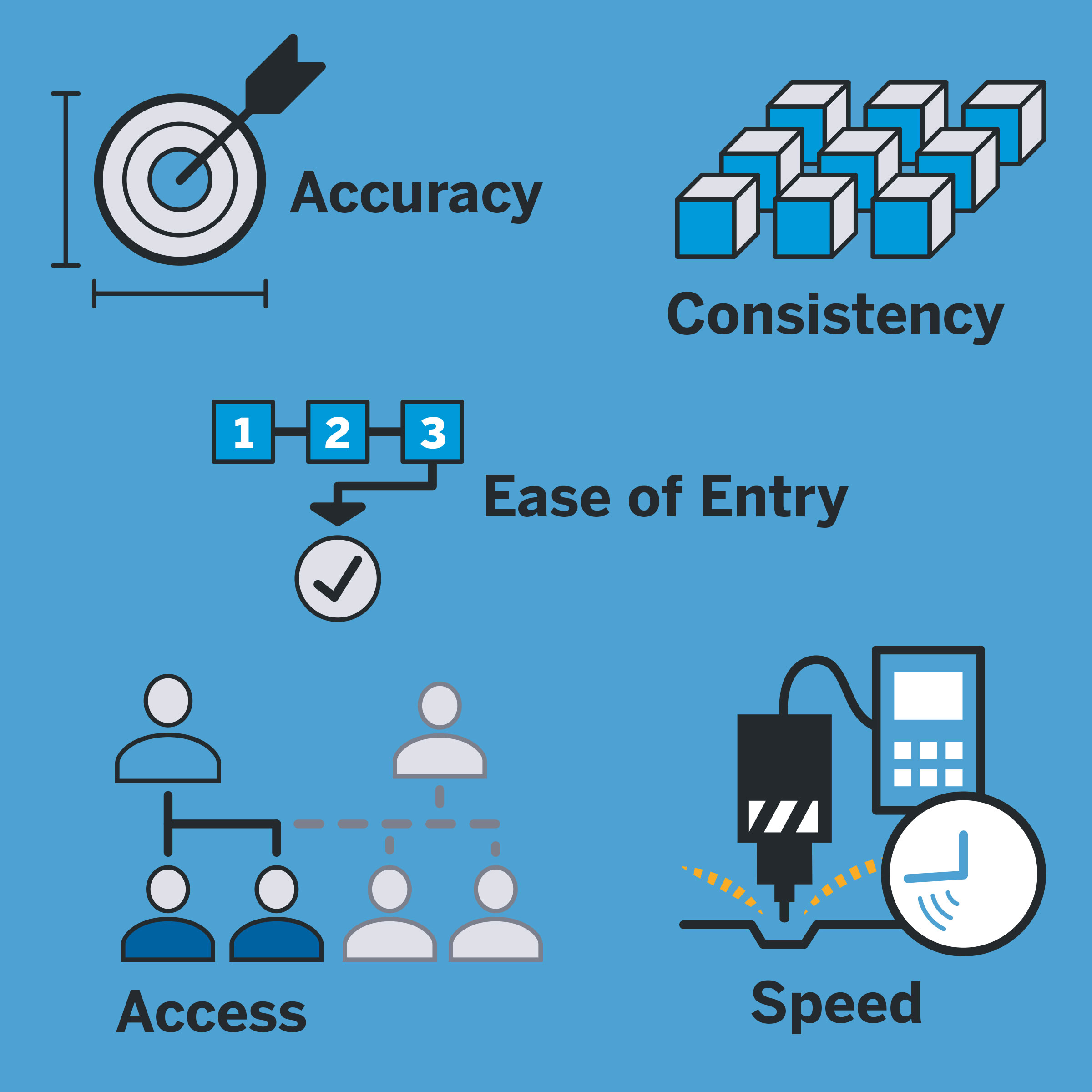 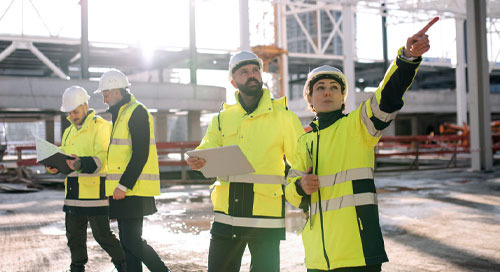 Construction project parties should be able to work together smoothly regardless of the tools they use. Ope... 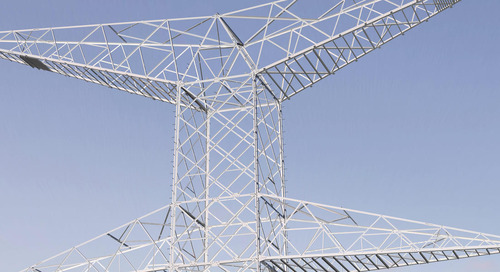 Tekla’s transmission tower template and components bring efficiency to detailing so that you can avoid time... 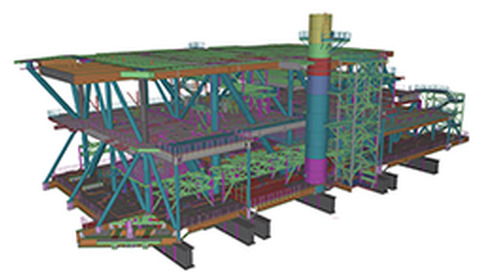 All project types and sizes, even specialized projects

Working with Tekla is the most accurate, integrated way to manage detailing, production, and erection. 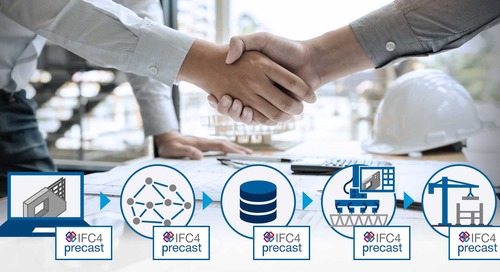 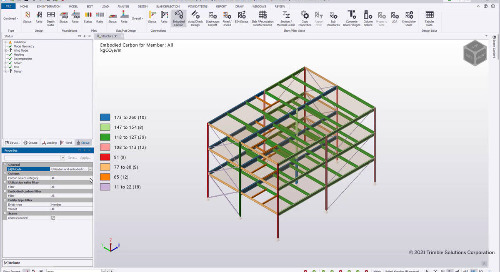 Updates to Tekla Structural Designer are released several times every year. This article summarizes the additions and improvements released in latest service packs for version 2021. 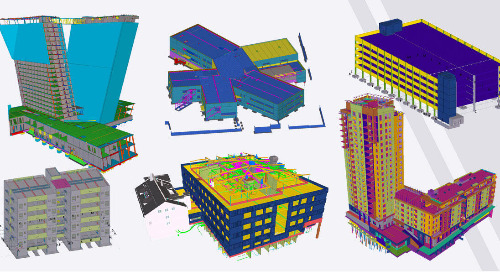 BIM for any precast project

With Tekla Structures, you can create any type of structural precast project, whether it is commercial, public or industrial - even special structures. 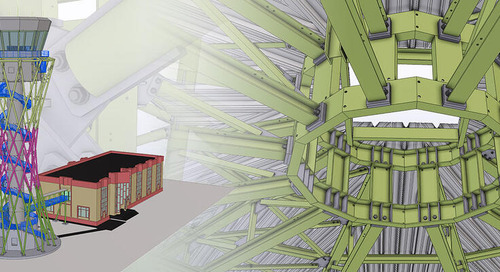 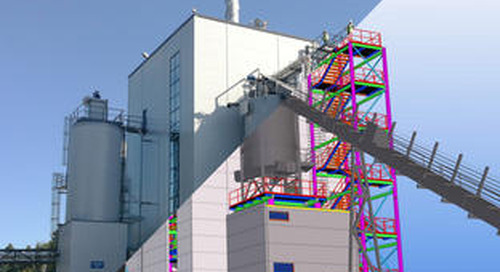 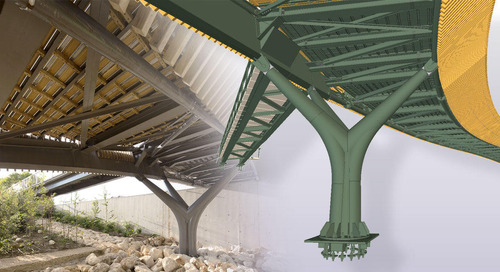 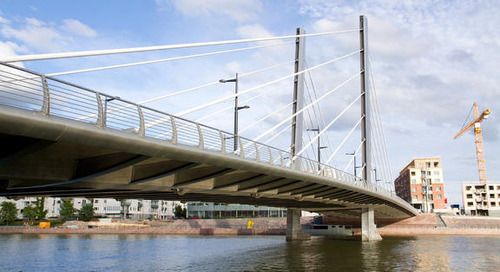 Tekla Structures is an intelligent, parametric Bridge Information Modeling (BrIM) solution for the constructible design of all bridge types 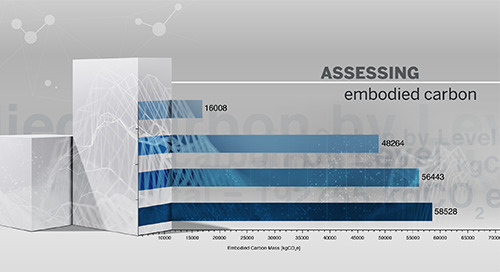 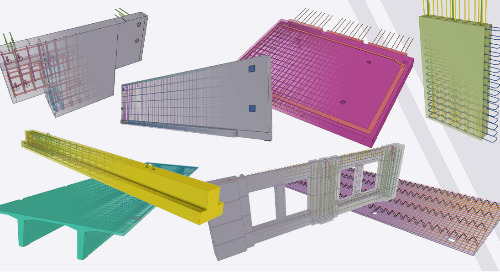 Check out some examples of element types created in Tekla Structures. 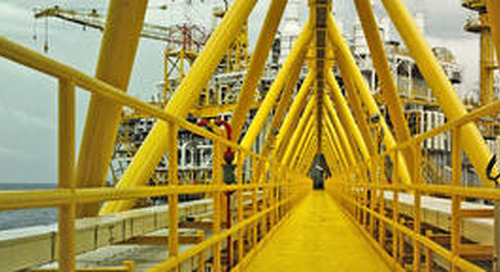 With Tekla software, you can boost productivity through shorter modeling times in offshore structures design and higher automation of fabrication.

Construction project parties should be able to work together smoothly regardless of the tools they use. Open BIM is about workflow-level compatibility, not just between two software packages. 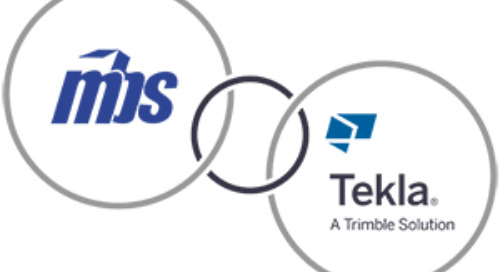 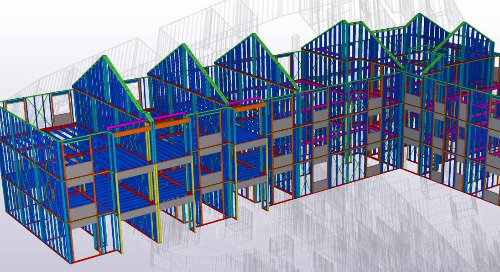 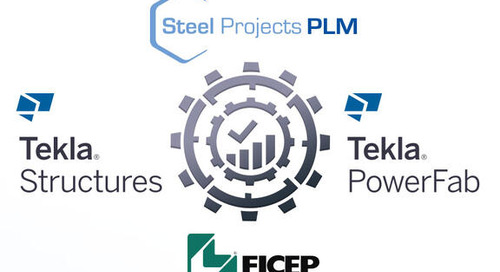 Integrating the best tools for your fabrication workflow

With an industry partnership spanning over two decades, Tekla, Ficep and Steel Projects continue to bring the new innovations to the structural steel fabrication world. 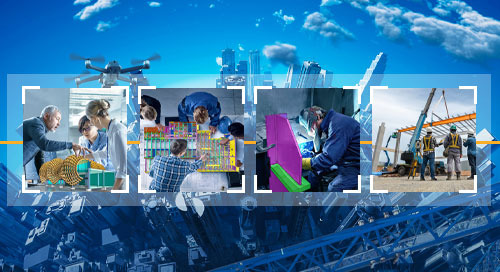 Progress is a truly constructible process 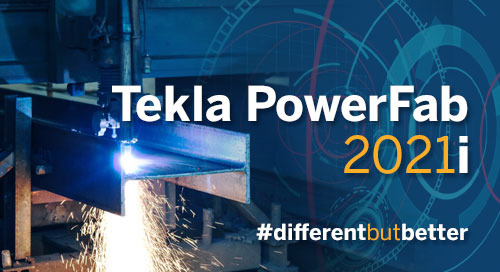 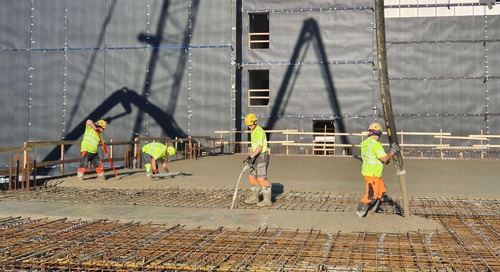 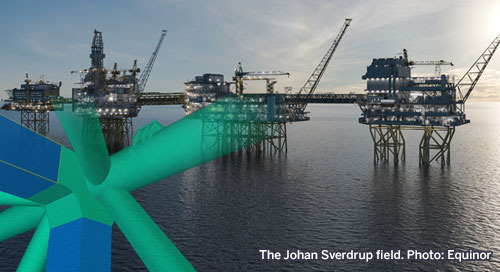