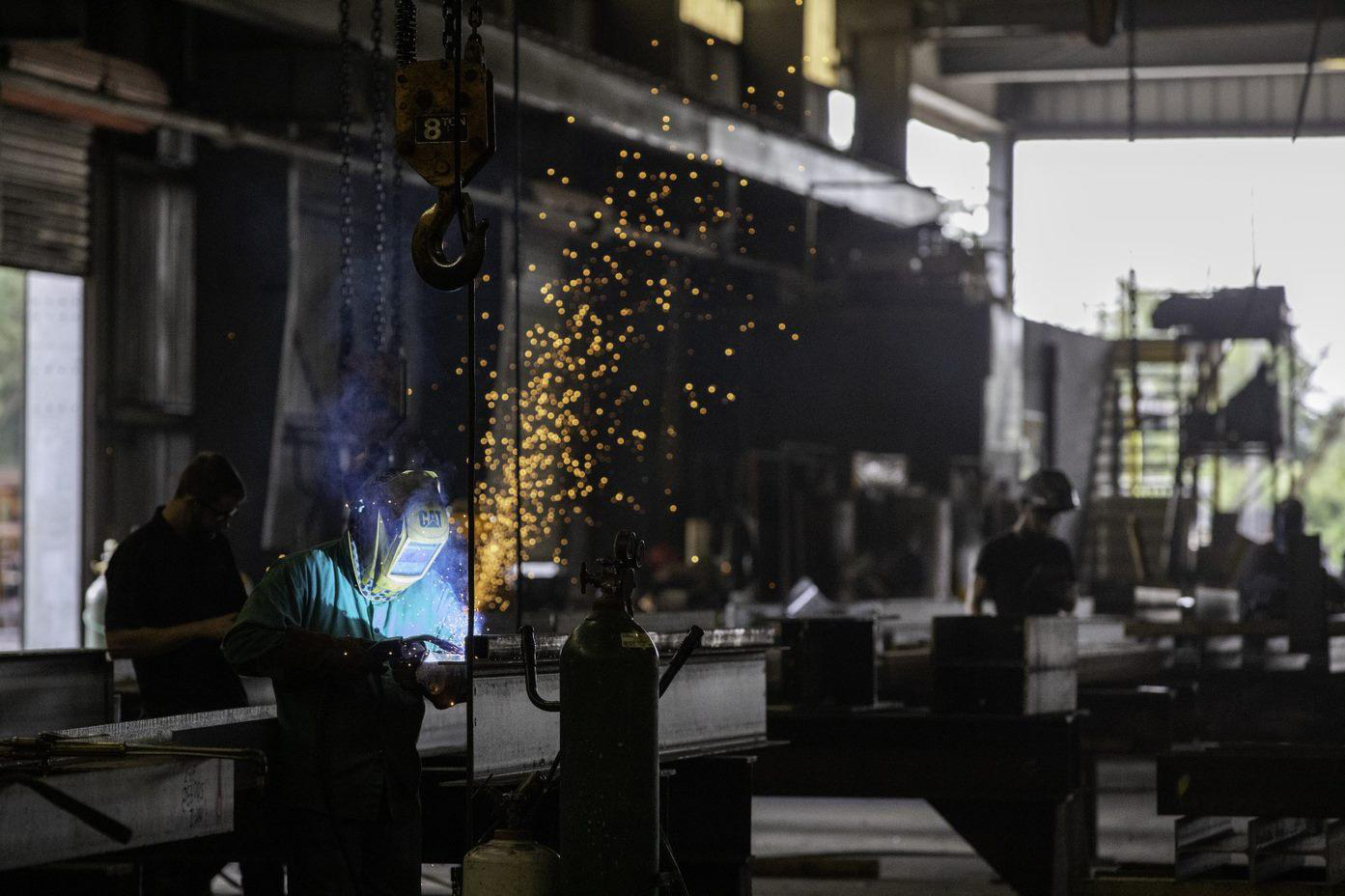 "On average, we used to bid a project every 10 days,” said Norman. “Now, we’re bidding three projects each week. Tekla PowerFab and model-based estimating have not only increased the accuracy of our estimates, it’s also accelerated our workflow, which allows us to bid more projects.” 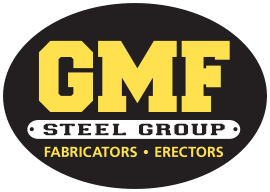 In 1982, with a single welding machine, Larry Norman set out to find work fabricating steel. He visited an amusement park 100 miles away to bid on a project, only to have the legitimacy of his business questioned because he didn’t have a business card. Larry returned with a freshly minted business card and walked away with a contract worth $1,000,000 and GMF Industries was born.

In 1999, Larry Norman took a back seat to his successors and the company took on a new direction focused on more tonnage and less management. Since the mid to late 80’s, GMF had primarily been a large plate fabricator but with its new focus, turned fabrication and engineering techniques into a full-service structural steel fabrication and erection operation. Fast forward to today and GMF offices in Florida and Texas employ 200 people. With over 37 years in business, GMF has become a premier provider of structural steel design, fabrication and erection in the Southeast U.S. 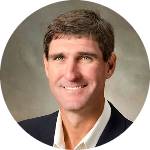 Adam Norman, who runs the business, was looking for a way to accelerate the company’s estimating process by automating the time-consuming manual tasks that required guesswork and opened the door for errors. Since joining GMF in 1994, Norman has led the company down the path from manual to automated takeoffs and now, model-based estimating using Tekla PowerFab, Trimble’s end-to-end solution for steel fabrication management. With the transition to Tekla PowerFab, GMF is using 3D models to win more bids and make projects more profitable.

When Norman heard about model-based estimating it was still a new concept, but the 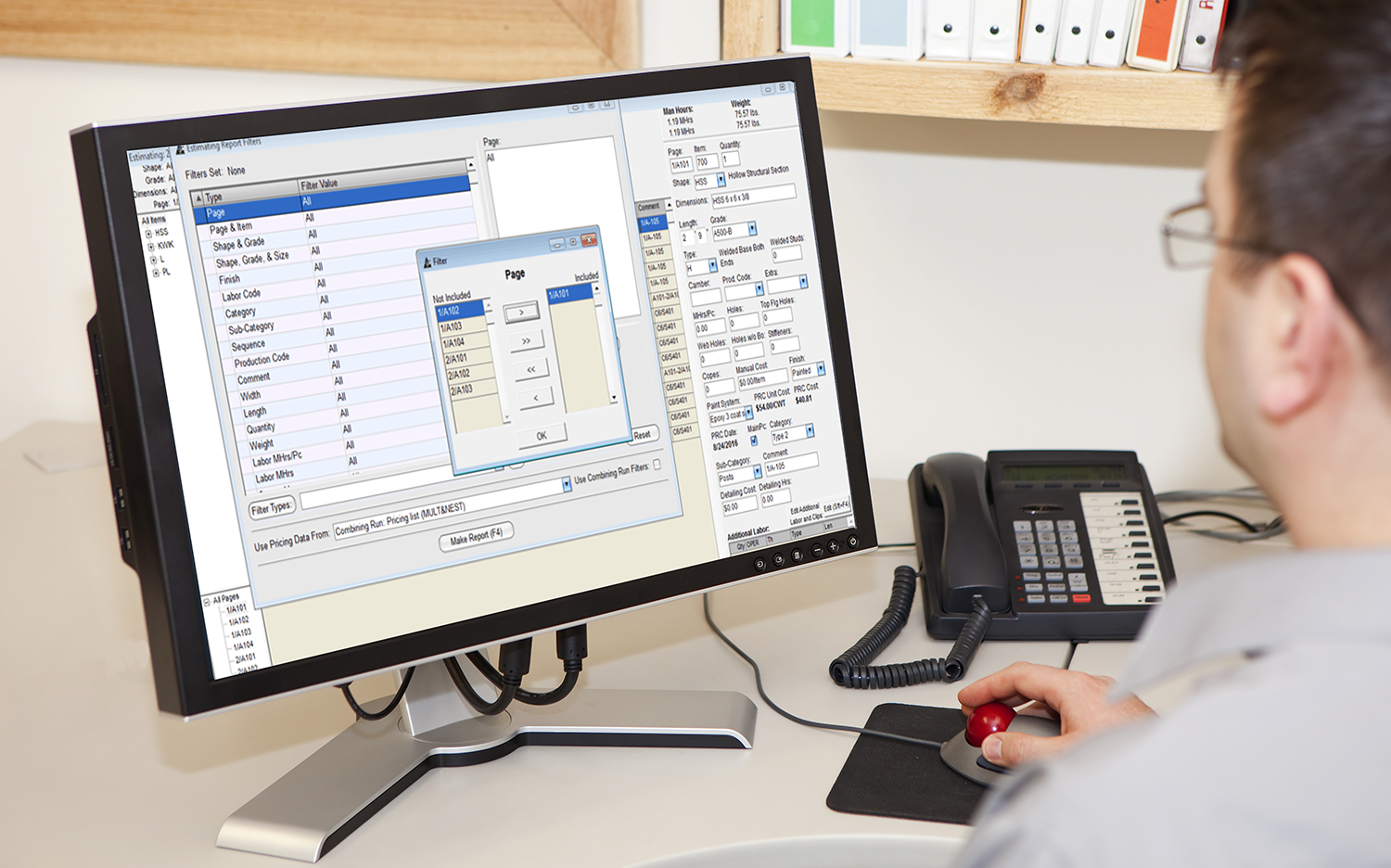 potential to estimate projects more quickly and accurately was intriguing. “Our estimates were based on 2D drawings, so the workflow was both tedious and slow,” said Norman. “With Tekla PowerFab, we saw a massive opportunity to streamline the process and use 3D models to create extremely accurate estimates, in less time.”

Norman tasked GMF’s most experienced estimators with defining a new model-based estimating workflow using Tekla PowerFab. Today, estimators can quickly generate an IFC file that allows them to import a 3D model into Tekla PowerFab and use the model data to generate highly accurate material quantities, along with labor and cost data. “On average, we used to bid a project every 10 days,” said Norman. “Now, we’re bidding three projects each week. Tekla PowerFab and model-based estimating have not only increased the accuracy of our estimates, it’s also accelerated our workflow, which allows us to bid more projects.”

GMF stores standard materials and connections it frequently uses in Tekla PowerFab. When estimators import an IFC file into Tekla PowerFab, those standards are automatically attributed to the model. This accelerates estimating and ensures our standards are incorporated in the bid. “In the past, estimators would put generic representations of a material or connection in place rather than using GMF standards,” said Norman. “The ability to drop those standards in makes our estimates more thorough because the closer we can get the model and workflow to reality, the better the steel is going to fabricated, erected and the more profitable we're going to be on every project.”

Opportunities for estimators to advance

Change is often met with resistance, especially in the construction industry. Unsure of the reaction he would get from estimators who have worked in 2D their entire careers, Norman was surprised at how quickly the team picked up Tekla PowerFab. “Our chief estimator had never worked in a 3D environment,” he said. “He picked it up in less than a day and actually started improving my estimating workflow.”

Tekla PowerFab has also expanded opportunities for less experienced estimators. “Estimating is one of the most important parts of our business,” said Norman. “Our estimators are very seasoned professionals who have fabricated steel in the shop and erected steel in the field, but with Tekla PowerFab automating takeoff and the ability to visualize what the final product will look like in 3D, we’re able to expand our team to younger estimators who are motivated to learn.”

Tighter bids for a competitive advantage

Accurately determining the amount of steel needed, how long each phase of the project will take and the cost per project are nearly impossible to accomplish without the right information on hand. In the past, creating a large volume of bids based on 2D drawings left a lot of uncertainties. GMF’s team of experienced estimators have the skills to compensate for unknowns, such as missing section cuts, but model-based estimating has eliminated the need for guesswork.

“In the past, we could compensate for unknowns by putting contingencies in the bid and in some cases, that caused us to lose the job,” said Norman. “Tekla PowerFab has taken out those unknowns and given us the confidence to generate competitive estimates that optimize costs. When business development tells me that we’re a percent high on a bid, I know what the true margin is and can adjust the bid."

"The confidence we’ve gained from Tekla PowerFab has given us a competitive advantage to win more bids.”

Turning around a bid in three days and winning

Early into its journey with model-based estimating, GMF was approached to bid on fabricating and erecting 1,000 tons of steel. Because it was a non-profit project with thin margins, bid accuracy and project efficiency were critical for success. “Using Tekla PowerFab, we were able to generate the estimate without adding contingencies to cover unknowns,” recalls Norman. “We had confidence that the hard bid was going to be a profitable number.”

GMF was given less than five days to turn around the bid, was awarded the project and started ordering material the following Monday.

Not only did Tekla PowerFab help turn out an accurate bid, it also helped GMF hit the ground running after the contract was awarded. “We never would have been able to turn around a bid this quickly without Tekla PowerFab,” said Norman. “After we won the job, we took the IFC file out of estimating and ordered the material cut to size. We had less waste and were able to hit mill orders straight off the estimate with 100% certainty that we were ordering the right material.

“Using Tekla PowerFab, we purchased the material for just-in-time inventory. Some of it won’t even hit the ground because as it comes off the truck, we're putting it straight on the beamline where it will move through fabrication -- all thanks to our new model-based estimating process.”

Norman also uses Trimble Connect, a cloud-based collaboration platform, for real-time visualization among all project stakeholders, from any computer or device. This allows project teams to visualize project progress in the model, improves communication and ultimately, increases efficiency and accuracy. “I import the IFC into Tekla PowerFab and it links back to Trimble Connect which allows us to see the estimate in 3D,” shared Norman.

Model-based estimating with Tekla PowerFab has transformed the way GMF bids and wins projects. The team is able to generate accurate and traceable quantities, update estimates on the fly, quickly deliver bids that give GMF a competitive advantage and effectively communicate information downstream using the model.

GMF sees numerous opportunities to expand GMF’s use of Tekla PowerFab. “Our estimators are on board and slowly but surely we’re driving adoption of Tekla PowerFab from project management all the way down to fabricators in the shop,” said Norman. “We have a very strategic and ambitious growth plan that the accuracy and confidence we’ve gained from Tekla PowerFab are going to help us achieve. We’re excited to see what the future holds.”

Learn how you, too, can get an easy start to model-based estimating with Tekla PowerFab.