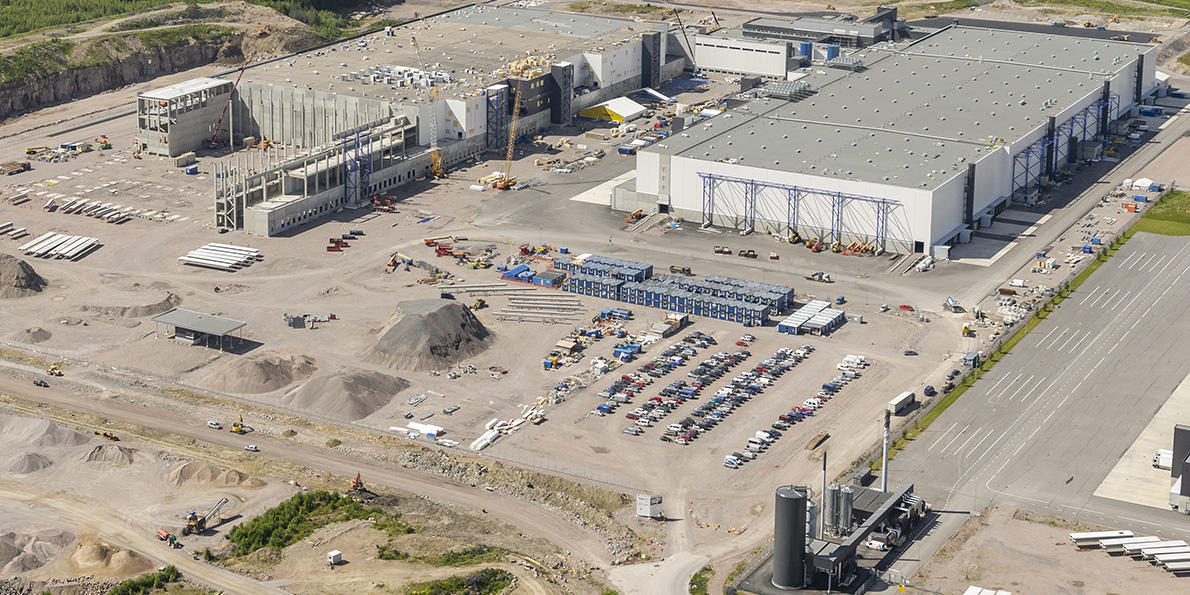 The winner of the commercial project category at the 2015 Tekla Global BIM Awards, the PTDC logistics center, is absolutely enormous in scale. The project has made extensive use of BIM throughout the supply chain, with composite models providing the greatest benefits.

The PTDC logistics center will serve grocery retailers. It has a total floor area of approximately 195,000 m2 and a volume of 3,400,000 m3. It is built in five stages, beginning with a department for dry goods before an office building and refrigerated sections, as well as a large section for frozen goods. The scope and duration of the project mean that every party involved is facing unique challenges.

"The project was designed to be carried out in five phases," says Juha Äijälä, the Project Manager for the client, SOK Kiinteistötoiminnot. "The decision was taken to model all of the designs for the project. As the supply chain has progressed, BIM has been used to monitor when individual building elements were designed, when the design has reached the factory, when the element has been cast, when it has been transported to the construction site, and when it has been installed. This enormous project requires dozens of involved parties. The majority of these can access the main contractor's server so they can see the latest version of the model." 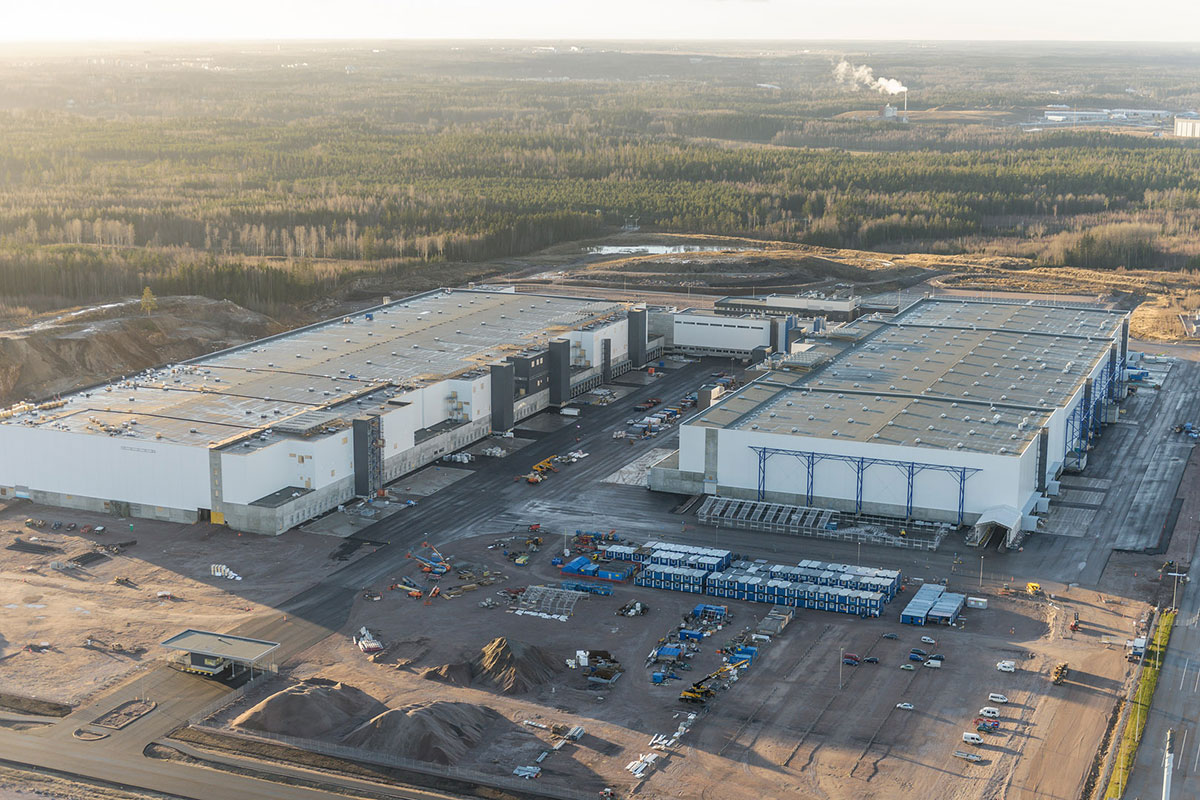 Freeway, the consortium of contractors responsible for the project, coordinates the use of the model, and Trimble, the producer of Tekla software, has been involved in planning the implementation of supply chain management.

"Considering the size of the project and the number of elements, it is incredible that all of the parties involved have kept to the schedule and delivered an almost flawless performance. The frame was finished about a month ahead of schedule in autumn 2015. Installing around 16,500 concrete elements and around 10,000 lightweight elements took about a year and a half. This is quite an achievement," Äijälä says.

"From the client's perspective, this is a major project because it includes a temperature-controlled area and areas for frozen goods, which require a lot of HVAC technology. It is a food logistics center, so there are strict requirements concerning indoor air. The project costs have also remained within the budget. Above all, it should not be forgotten that the model is a project management tool, not a contractual document."

Winter temperatures where the PTDC logistics center is located can fall as low as -25°C but the building has its own heat generation system. The building will become the largest logistics center in Finland as well as the biggest geothermal plant in the country. Underneath the building, around 200 km of geothermal piping has been bored to lead to the nearby dedicated hybrid thermal power plant. Another special feature is a freezer the size of a football field, which is connected to the other premises by a separate inner casing. All HVAC systems and maintenance facilities are located between this casing and the outer shell. The freezer hall has a volume of more than 500,000 m3 and it is cooled to -26°C using carbon dioxide coolers. 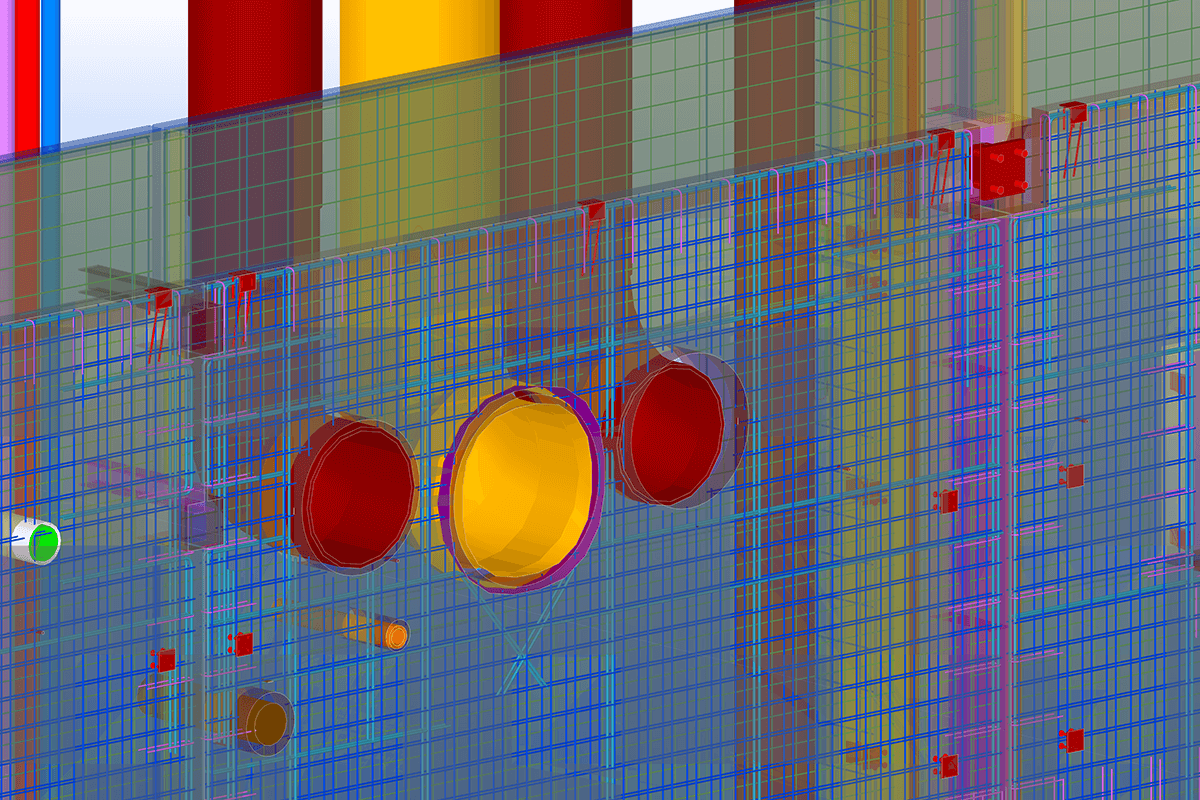 The entire site was modeled with the exception of surface electrical wiring. The structure and element design was carried out using Tekla Structures and the majority of the HVAC was designed using MagiCAD. The architectural design was created using the ArchiCAD software. The structure and element design models include reinforcement and related accessories. A large number of the workshop designs made by subcontractors were also completed by modeling in Tekla Structures. The shelf automation model, supplied by German contractor Witron, is based on space reserved for the product before it is built. The general tolerance for the models was set at 30 mm but in several cases, the team decided to use even greater precision depending on the location.

"In this project, almost everything was done by modeling," says Aki Luntamo, Project Manager, Sweco Rakennetekniikka Oy (Freeway Consortium). "Around ten of our designers worked on this project full-time. At one stage, the project employed 25 Sweco personnel. Our main tool was Tekla Structures. From the very start it was made clear that Tekla will also be used on the construction site."

In light of the size of the project, the quality and precision of the models was very high. Special modeling workshops were carried out to ensure the compatibility and expediency of various design disciplines. The workshops played a key role in creating reliable, high-quality composite models, and the models are accurate descriptions of the site under construction. 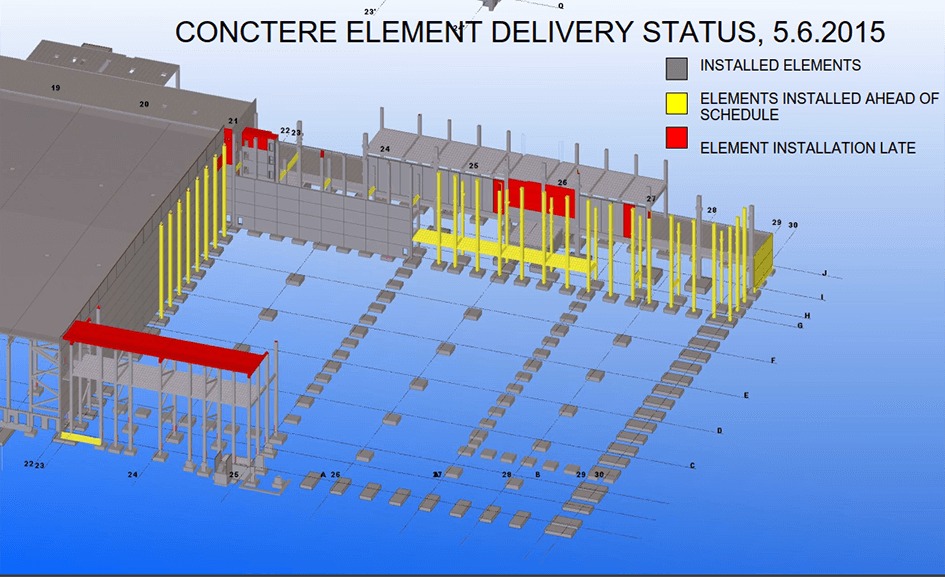 The entire project organization used the model has efficiently. All the HVAC subcontractors are also committed to using the model: due to the tight spaces and complex installations it is of utmost importance to install building services, such as electronic shelving and sprinkler systems, exactly as designed. It would be almost impossible to understand things like this using only 2D drawings.

"This is one of the largest projects for Skanska and Lemminkäinen," says Panu Pohjola, Production Engineer from Skanska. "We have been intending to use the Tekla model for enterprise resource planning, and the management of the concrete element frame is considered a major step forward. The model enabled us to forecast and manage element deliveries and to check the status in real time, so we knew whether we were will be able to install the element on time. It is possible to intervene to alleviate scheduling risks and minimize the consequences, which is a considerable benefit."

"Throughout the project, more than 50 tablet users have utilized the model: 20 in the Freeway Consortium, while the remainder were associated with the client and its consultants and subcontractors. When we enter the hand-over phase we would like to utilize tablet models for inspections. The best practices that have been identified during this project will be carried over into future projects."

"Getting all of the project parties around the same table has been a positive thing," Pohjola says. "After going through everything together, problems were rectified by the appropriate parties and lessons were learned for the next phase." 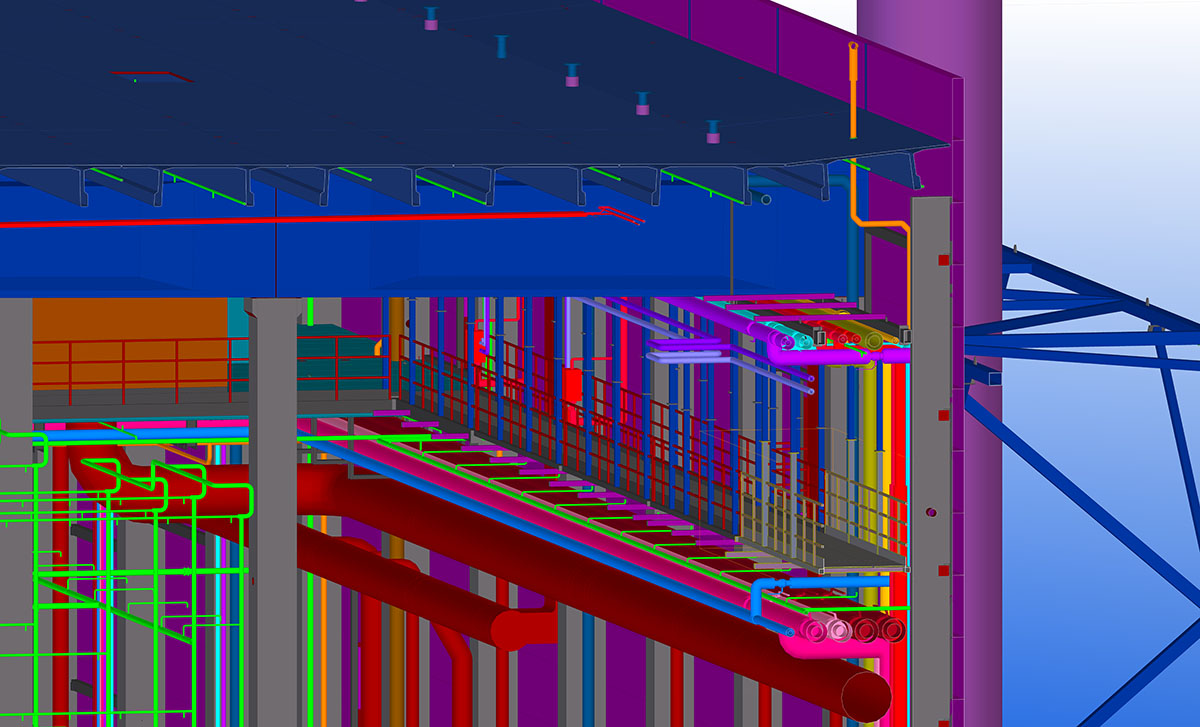 The greatest benefit of using BIM is provided by the combined model. It illustrates the way the various design disciplines interact. All of the parties in the PTDC project have access to all of the design disciplines, using both computers and tablets. All subcontractors are given access to the combined model, and suppliers can also access it if needed. The number of people using Tekla Field3D on tablet computers on the construction site is increasing, and fitters can also be seen with tablets in their hands, checking positioning data using the model. The required Tekla models have also been delivered to workshop designers.

The project has a separate ERP model, which enables monitoring and supervising every concrete element delivery. Each element can be monitored from the drawing board to installation and grouting. Data for elements is entered directly from the supplier's ERP system and the supplier enters the installation data manually. The information is updated weekly. The data enables creation of an overview  for  showing the status of element deliveries and, if necessary, the status and location of individual elements. Visualizations created using Tekla Structures make information about the punctuality of each supply phase easily accessible and problems can be forecast before they cause delays. This system is one of the project's major successes and it is worth considering for large projects in the future.

"PTDC is the largest element-based building in Finland. The project has kept to the schedule that was agreed when the order was placed, including all the milestones along the way, and the frame was handed over and received on time," emphasizes Timo Venho from Betonimestarit. "During the tender phase it was agreed that scheduling and element installation on the construction site would be modeled. It has been possible to inspect deliveries a few months ahead of time and discuss these during weekly meetings. The scheduling of the frame installation has also been in constant use for HVAC and other contracting for purposes such as identifying where a group of subcontractors is working at any given time, and this has enabled other parties to plan their own schedules."

"There are very few people in the sector who would deny that BIM is beneficial. Modeled sites account for an increasing proportion of our production and we have made major investments in components for the Finland environment as part of national BIM development work," Venho says.

"The PTDC logistics center is the largest element frame we have supplied so far on the Finnish market," says Kari Turunen from Lujabetoni. "A two-and-a-half-year project is extremely interesting and significant in scope for an element manufacturer – it provides the opportunity to seek the benefits of BIM for the various sub-areas of the delivery. From the very start of the project, a common operating model was planned with Trimble, the element designer, and the construction consortium. It was one of the client's absolute requirements that the model be used on the construction site."

"Throughout the project we have developed our own procedures for data entry and for making the most of everything in our processes. The model has been used extensively for managing design, quantity surveying, and monitoring production and installation," Turunen continues.

"The newest versions of Tekla Structures enable models to be developed and all parties have been exemplary in committing to updating the model to ensure that it contains the latest information," Turunen says. "In practice, there have been no errors on elements fitting into place. Over 16,000 blocks have been put into place flawlessly."