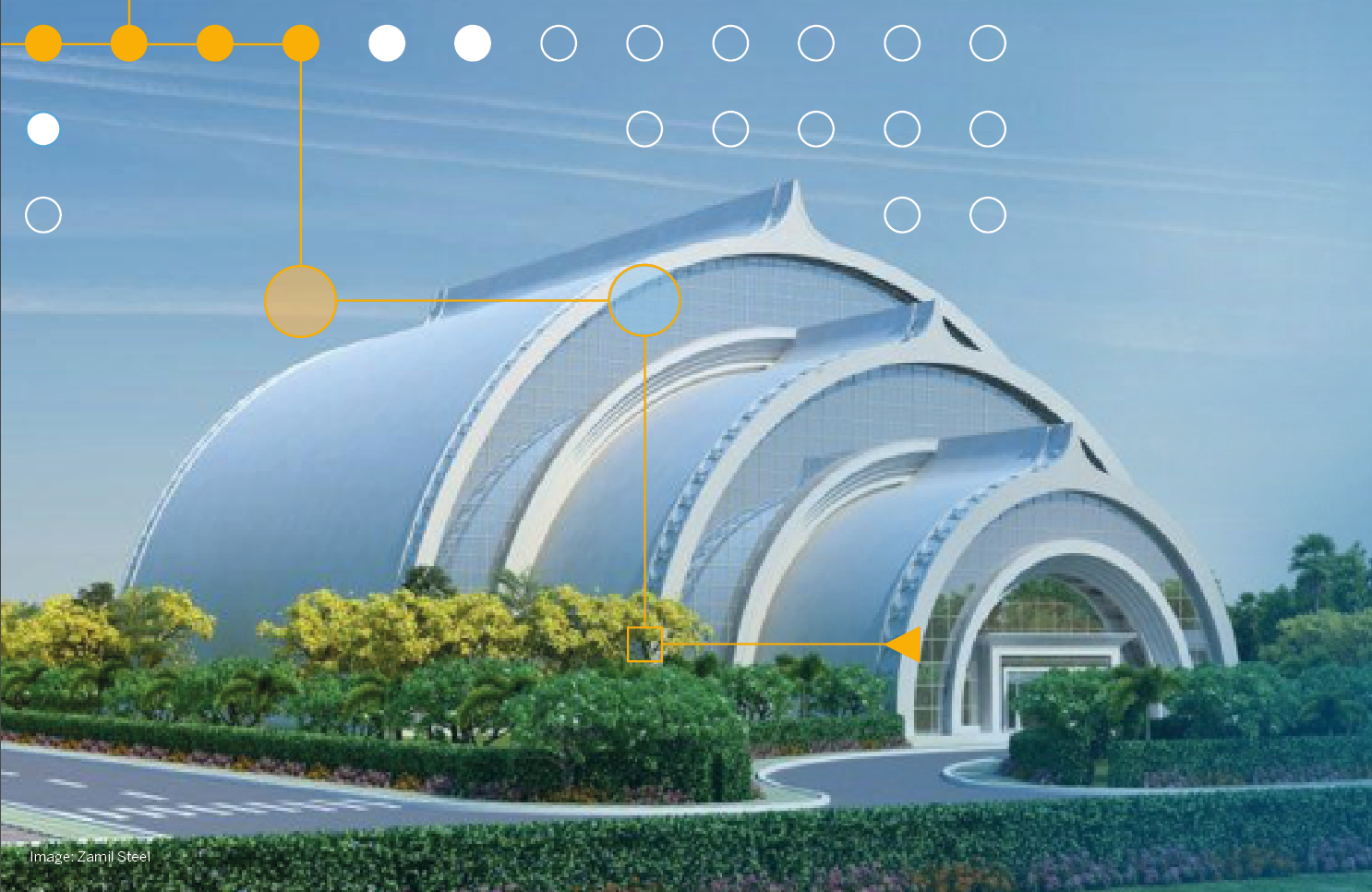 “Established in 1977, Zamil Steel specializes in the design, fabrication and supply of Pre-Engineered steel Buildings (PEB). Over the past 44 years, it has grown from a local, single-division company into a leader in the growing field of steel fabrication in Asia, Africa and Europe. The company has supplied over 90,000 buildings to more than 90 countries worldwide, from Panama and Mexico in the West to the Philippines, China, Japan, Australia and South Korea in the east. In India, the company is headquartered at Kharadi, Pune.

Zamil Steel India was entrusted with the task of designing, fabrication, supply, and erection of the pre-engineered steel building for the 5200 square metre Lucknow Indoor Stadium, Lucknow, India.

“We execute all of our projects only on Tekla for a number of reasons - it extensively supports jobs with revisions, 2D drawings and 3D models created in Tekla are accurate and meets our clients’ needs perfectly, it allows us to build even the most complex of structures with relative ease. Moreover, Tekla supports a number of formats including SNDF and IFC. Efficient designs and constructibility are easily achievable with Tekla, which helps us meet our clients’ high expectations, ultimately increasing our productivity and profitability.” says

The significantly complex structure of the stadium had very unique geometries to cater as well. A truss system was used to provide framing action for this structure where each truss was designed as a combination of several segments. The design for this structure involved a high level of coordination with the fabrication team, erection team and the transportation team.

Some of the major challenges faced during the design stage of the project were:

Tekla Structures - the most accurate software for all steel structures 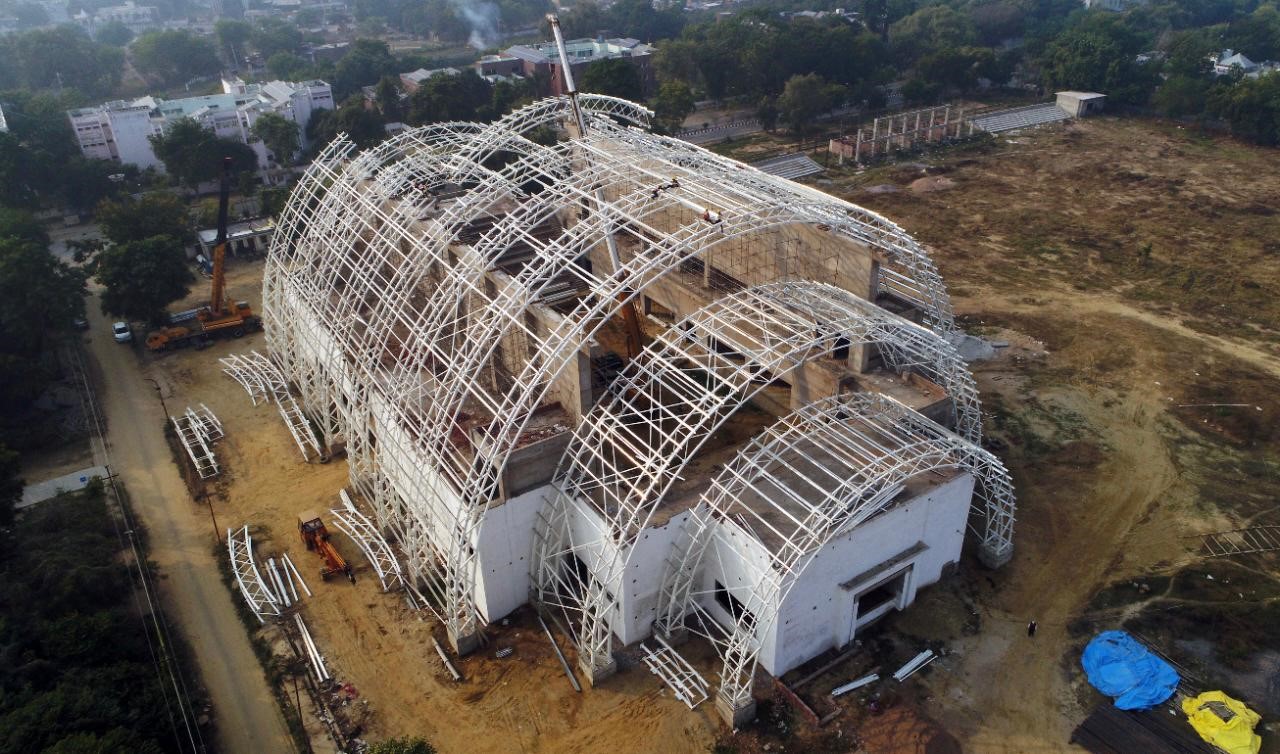 “Considering the shape of the structure, executing it in 2D AutoCAD was very challenging. Tekla Structures allowed us to do error free detailing of the unique curved structure with absolute ease.” said Mr. Rao of Zamil Steel India recalling the project experience. “Besides, NC files generated in Tekla facilitated the project executing team to fabricate the curve members accurately, saving man hours on-site and during fabrication. Tekla also greatly enhanced the overall construction quality via tools such as 3D views and live schedules.“ he added

Along with Tekla Structures, Tekla Model Sharing enabled the project executing team to work collaboratively, irrespective of their locations, during the tough times induced by the pandemic.
Last but not the least, raw material estimation made at the beginning of the project helped the production team to arrange the material “just on time” when the job was released for fabrication.