Significant project, in which possibilities of BIM were utilized widely on site. Worth mentioning is also that bridge rebar fabricator imported IFC rebar models from Trimble Connect into its production system which can be seen as a significant breakthrough for using the open standard in rebar fabrication and delivery process. BIM-based structural design brought considerable cost benefits to the designer in terms of time saving and paucity of mistakes. One other merit of the project is that bridge design was inspected and approved directly from IFC models. Real time situational pictures of site and design were developed in a BIM-based way.

The Kirri-Tikkakoski motorway construction project encompasses 15 kilometers of new road plus a parallel road in central Finland north of Jyväskylä. The project includes the construction of 29 bridges and 4.3 km of noise barriers. This is a design-build contract, the development phase of which kicked off in the autumn of 2018. The project is to be completed in November 2023. Its objectives include best-possible transportation service and safety, consistent driving conditions, predictable drive times, and operational reliability of transport.

The project’s cost is estimated at 139 million euros, of which the bridge structures constitute circa 15 million. The bridges require circa 10,000 m3 of concrete, circa 1,300,000 kg of reinforcements and circa 165,000 kg of prestressing steel. There are several different types of bridges designed in the project: 12 prestressed concrete cantilever beam bridges, 5 reinforced concrete cantilever slab bridges, 1 glulam bridge, 4 steel pipe bridges, 4 steel arch bridges, and 3 uncategorized bridges. In addition, the contract includes one concrete bridge to repair.

Sweco Structural Engineering in Finland carries out the BIM-based structural design of the bridges. To begin with, the challenge was to turn traditional construction thinking towards the new BIM way of working. Thanks to some training sessions and guidelines, the models have since then been in good use in the project, and the review process has been successful by all regards. Visualizations and virtual construction by BIM add new value to the traditional drawing-based way of working. In total, the contractor will save from 20 to 25 weeks off the construction schedule by not having to send detailed bridge drawings to inspection and approval.

The bridge models were created with high quality and cost efficiency in Tekla Structures (2017) using Sweco’s own established bridge modeling environment. The company invests in parametric modeling by using the link to Tekla from Rhino and Grasshopper software. This method allows easy exploration of design alternatives particularly in the early phase of design. Trimble Connect is the main real-time data-sharing tool in the project. Bridge models have been reviewed daily using the standard views in Trimble Connect. During the project, the Tekla model has also been viewed using mobile devices.

The reinforcement supplier’s deliveries on site have been error-free without having to produce toilsome, error-prone rebar lists. In terms of reinforcements, the contents of the models have been divided into separate IFC models following the installation order per plane. The IFCs are easy to use in checking the model or installing reinforcements. The views include “traffic signs”, and by clicking them the user can directly enter drawings and other documents. Construction measurements are also taken from the IFC models. Trimble models were utilized in formwork and scaffolding design, and the CIP contractor obtained structural measurements directly from the IFC models. The BeamExtruder tool, for example, from Tekla Warehouse was used in the design.

One of the special features of the project is the online inspection and approval of 29 bridge designs based on the IFC models easily and in real time by using Trimble Connect Desktop or the web browser. The designs can mostly be inspected and approved without producing drawings. This project includes more bridges and material to combine than an average contract.

Similar smaller projects have been carried out in Finland before where the models have been saved from a project bank, for example, to one’s own computer. However, this project constantly provided up-to-date, bridge-specific model views for all users. The models are saved in Trimble Connect folders following a consistent naming convention until the end of the project so that users always have the latest information at hand whether on a computer at the office or using a tablet on site.

In addition, the project tested the SmartDrawing service developed by Sweco which enables direct access to the bridge BIM by the rebar worker by scanning the QR code in the work order. The bridge fixings have been detailed using Sweco’s custom components and the column reinforcements using macros. The client received both the drawings and the building information model of the bridges.

Rebar fabrication and delivery: B Group Suomi, B Group UAB 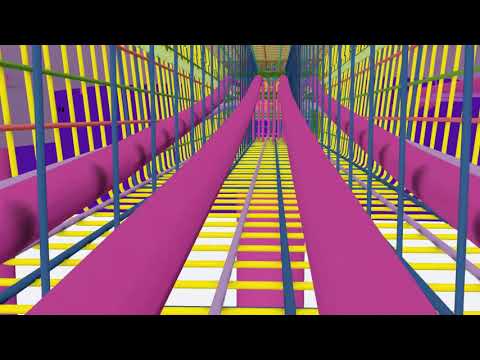